An Armenian NGO is in the authorities’ crosshairs after exposing what it describes as rampant electoral fraud by the ruling Republican Party. 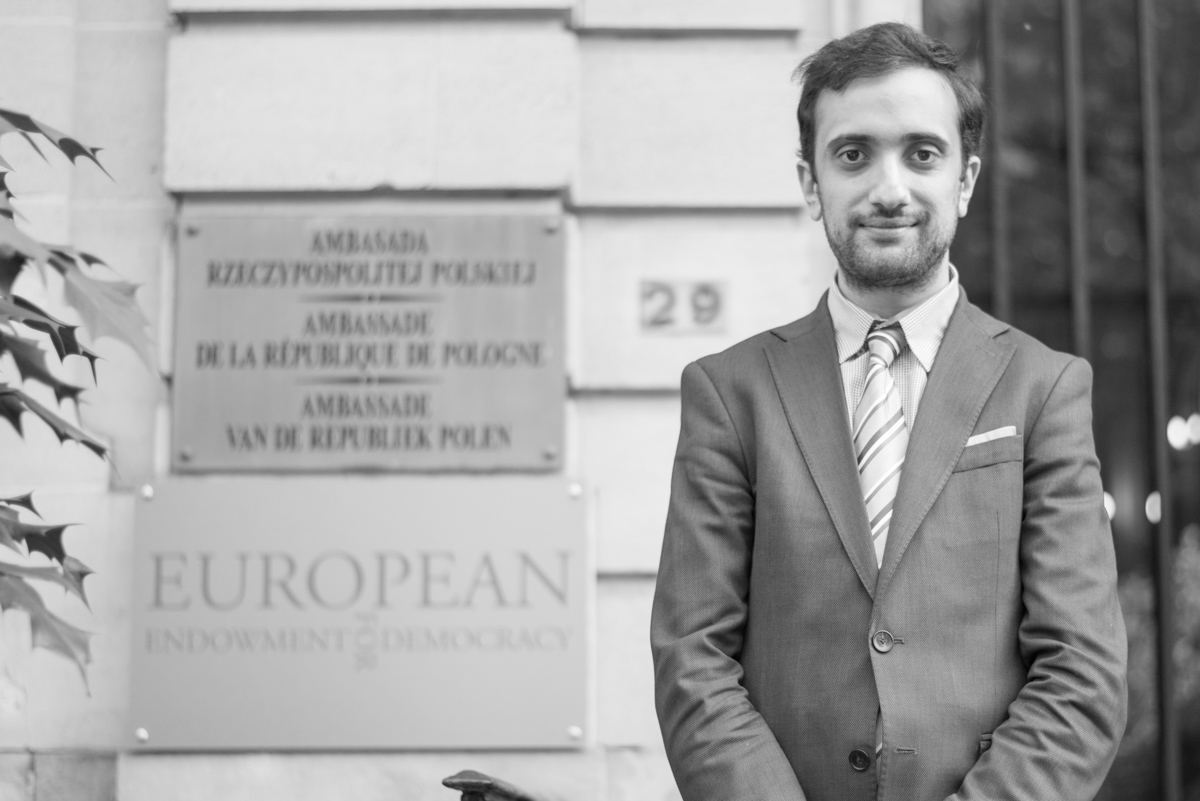 In late March, activists from Armenia’s Union of Informed Citizens (UIC) picked up their phones and dialled 136 schools across the country.

Posing as members of the ruling Republican Party, they asked school principals whether they were drawing up lists of parents, schoolteachers, and kindergarten staff willing to back the party in the April 2 parliamentary elections – a practice the UIC describes as a well-honed illegal campaigning tactic used by the Republican Party.

Out of the 136 contacted school principals, UIC founder Daniel Ioannisian says 114 of them – or 80 percent -- confirmed they were compiling these lists. He says principals send the names to the Republican party, which then shares them with district authorities to ensure that listed voters cast their ballots.

“This is massive, it is systematic,” he says. “The Republican Party abuses administrative resources to recruit voters, it pays bribes and pressures people into voting for the party. Civil society is strong in Armenia, it would never allow the ruling party to do ballot-stuffing. So the irregularities are more subtle and more difficult to expose.”

To back up its claims, the UIC published recordings of its conversations with school principals on its website.

Ioannisian says the longest list the UIC was told about contained some 1,700 names and was drawn up at a school in Gyumri, Armenia’s second-largest city. According to him, some school directors openly admitted resorting to intimidation in the telephone exchanges.

“School principals routinely pressure parents into voting for the Republican Party by telling them, for example, that their children will have problems at school otherwise,” he explains.

What started as a modest campaign to expose electoral violations has since grown into a high-profile scandal and generated a heated debate about freedom of speech in Armenia.

Two months down the line, the UIC is facing three dozen defamation lawsuits from disgruntled school directors. If found guilty, it faces fines of up to 120,000 euros in damages – a huge sum for the small NGO.

Ioannisian has also been the target of stinging attacks in state media, with some outlets divulging private information about his family as well as personal records that appear to have been leaked by the police.

The onslaught against UIC, in turn, has sparked a public outcry and accusations that authorities are seeking to muzzle corruption fighters.

This is about much more than 120,000 euros or the fate of our organisation. If we lose, it will deter Armenians from denouncing corruption in politics. Journalists and activists should be able to work without fear of being prosecuted for their investigations.

he says. A physicist by training, Ioannisian showed an early interest in politics, becoming a member of the opposition Heritage Party in 2007 when he was still a student at Yerevan State University.

Disillusioned by what he describes as undemocratic practices inside the party, he rescinded his membership in 2013.

“I decided to devote myself to physics and only physics,” he recalls.

A few months later, however, Armenia’s long-term president, Serzh Sargsyan, announced that the country would be joining the Eurasian Economic Union of Russia, Belarus, and Kazakhstan. The announcement, made just weeks before Armenia was expected to initiate an association and free-trade agreement with the European Union, came as a shock to many Armenians – including Ioannisian.

He quit his research job at the Yerevan Physics Institute and founded the UIC with a group of friends equally distressed by what he now calls Armenia’s “foreign policy U-turn.”

Over the past four years, the UIC has worked tirelessly to raise awareness about foreign policies, elections, and democratic principles. It publishes analytical pieces as well as lighter content such as videos to reach out to a wider audience. It also runs a Russian-language news portal and a fact-checking website, sut.am, aimed at combating disinformation.

The group was particularly active in the run-up to the April 2 parliamentary elections, the first poll since controversial constitutional changes shifting power from the president to the parliament and the prime minister were introduced in December 2015.

Critics, including Ioannisian, believe the new system will consolidate the ruling party’s dominance and effectively allow Sargsyan to remain in power as head of the party after his final presidential term ends in 2018.

Despite the UIC’s sustained criticism of authorities, Ioannisian says he never expected their pre-election “telephone prank” to spark such a furious backlash.

We knew our revelations would make waves but we never thought the case would gain such prominence,

he says. Ioannisian is nonetheless confident that the UIC will succeed in fending off the defamation charges.

The group is certainly well defended. After the lawsuits were filed, the NGO was approached by dozens of lawyers offering their help on a volunteer basis.

“I’m pretty sure we will win this case,” he says. “Firstly, we didn’t lie, the recordings we posted online prove it. Secondly, public support has been very strong.”

Despite their woes, Ioannisian says he and his colleagues would do it all over again. Instead of acting as a deterrent, the attack against their organisation actually appears to have spurred the team on.

“It helped us realise how important the work we do at UIC is,” he says. “It came as a big motivation for us. In a way, it is a recognition of our work.”