Created by a group of friends in 2017, Metras publishes essays and news pieces on topics such as women’s rights, domestic violence, the gender pay-gap and discrimination. It has established itself as one of the go-to platforms for reliable information and critical analysis of the latest issues in Palestinian society. 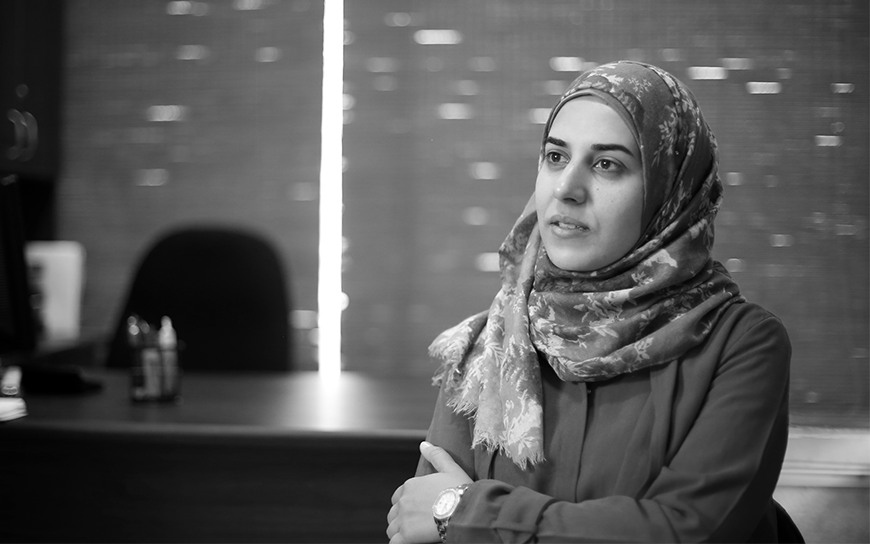 Great projects often start with deep and meaningful conversations between two friends. Hanadi Qawasmi recalls that this was the start of Metras, a Palestinian media platform of which she is now Managing Editor.

In late 2017, Qawasmi, then a freelance journalist in Jerusalem, was in a call with her friend Tareq Khamees, based in Istanbul, and now Director of Metras, when the two agreed that there was no platform with analysis and information on the latest contemporary issues in Palestinian society. A few months later, after much feedback from colleagues and friends, the Metras website was launched to do just that.

In conversation with EED, Qawasmi explains that the word ‘Metras’ reflects the intent behind the project, translating from the Arabic متراس as ‘barricade’. She believes that reliable information together with an in-depth analysis serve as a barricade, a protection for activists from enemies, whether these are the Israeli occupation or censorship within Palestine.

Two years after its launch, Metras has a team of young professional journalists, and the website has an extensive range of content. It has thousands of followers on a variety of social media platforms and has become a reference for Palestinians all over the world, not only in the occupied Palestinian Territories (oPT). 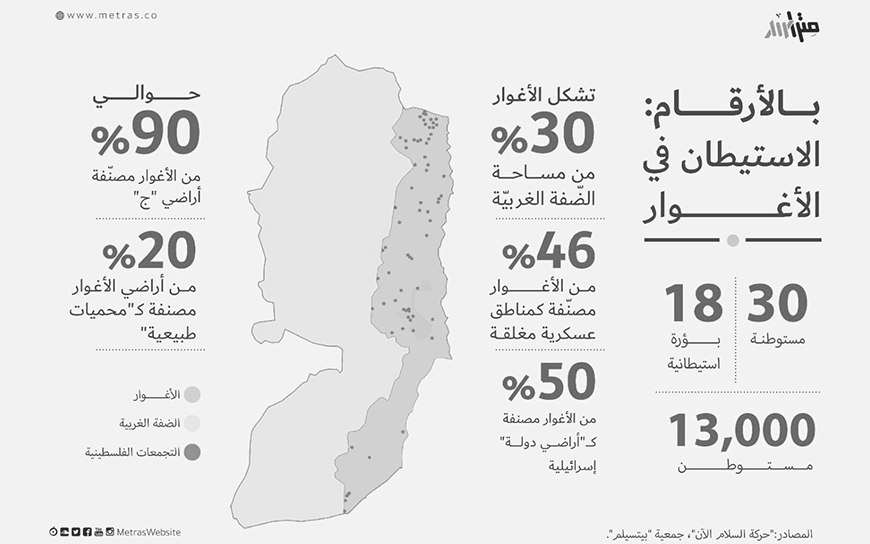 Knowledge as barricade versus repression

As Qawasmi states, “We see Metras as a place where you provide information and analysis to social and political actors, so that they can use this knowledge to be active, reach out to and engage with people.”

She explains that while this is a project for all Palestinians – including those living in the West Bank, in Israel, in the diaspora or in refugee camps in Lebanon, Syria, Jordan – there is a special focus on the oPT. The team also cover relevant issues elsewhere, and she notes Metras’ recent articles on Palestinian Americans in the period ahead of the recent US elections.

She is clear that for her and the Metras team, this is not just a job; it is a project they strongly believe in.

“Metras has become a place where people go and find reliable information and can read deep critical analyses. I feel especially proud when I hear that young people, activists and students seek answers to arguments on our website when they are discussing events here,” she says.

A critical voice in Palestine amid the Covid-19 crisis

The team at Metras felt that at this time of crisis, it was more important than ever to remain a critical voice. At a time of crisis, people are often scared to criticise governments and their decisions, and this was the case in Palestine at that time with many other media outlets and activists declaring their support for the PA’s line of action. Metras saw things differently.

“As a media, we are watchdogs on the authorities and how they deal with crisis. We should not be afraid to express our point of view,” Qawasmi states.

They published articles questioning why a state of emergency was established with only 7 cases out of 3.8 million people, how this affected human rights and liberties and what economic measures were implemented and how they were counterproductive.
“At first, some people were critical of our strong stance, but we still felt it was our responsibility to inform people. That is our mandate as an independent media outlet.” 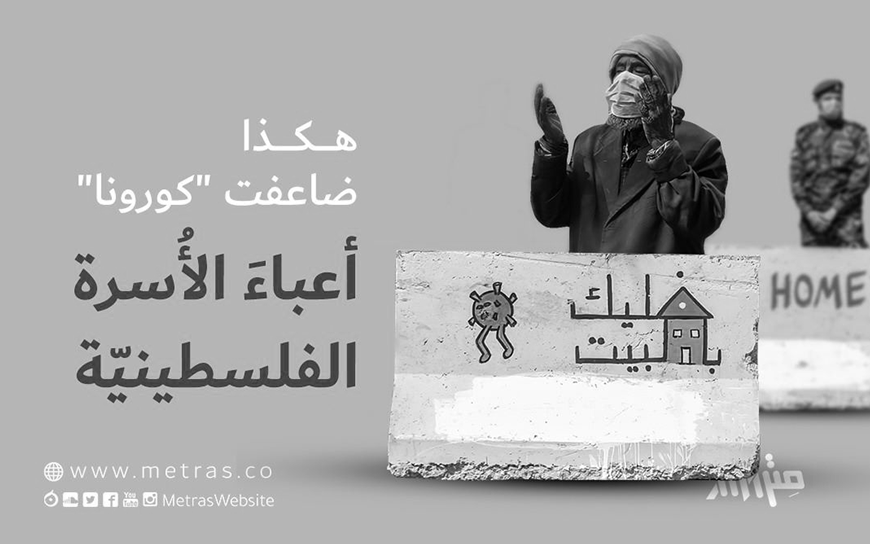 Another important part of Metras’ work is reporting on women’s rights, domestic violence, the gender pay-gap and discrimination.
In September 2019, following the killing of a young woman by her family, the media wrote a series of articles tackling these killings, noting the low levels of convictions and the lack of accountability for the perpetrators of these crimes.

They also covered the status of Palestinian women working in factories in Israeli settlements, who are regularly paid lower salaries than Israelis due to discriminatory pay policies.

A recent matter Qawasmi is following closely is a family protection law the PA is trying to pass to protect women from domestic violence.

“We are explaining the different points of view, and we bring ours into the debate too. We ask questions on the implementation of the law. We ask if the Palestinian police has the capacity to arrest the culprits, especially those living in Area C, which is under exclusive Israeli control .”

While Qawasmi believes this law is vital, she also is convinced that the social and political restrictions in the West Bank must also be considered too.

She also sees Metras as playing a unique role in the Palestinian media space. “If we see a subject is not fully addressed in the Palestinian media, we feel more responsibility to write about it. When someone asks us to write about a specific topic, we research it to see if it has already been addressed, which angles have been taken and whether a new perspective is needed. There is no need for us to replicate,” she explains. 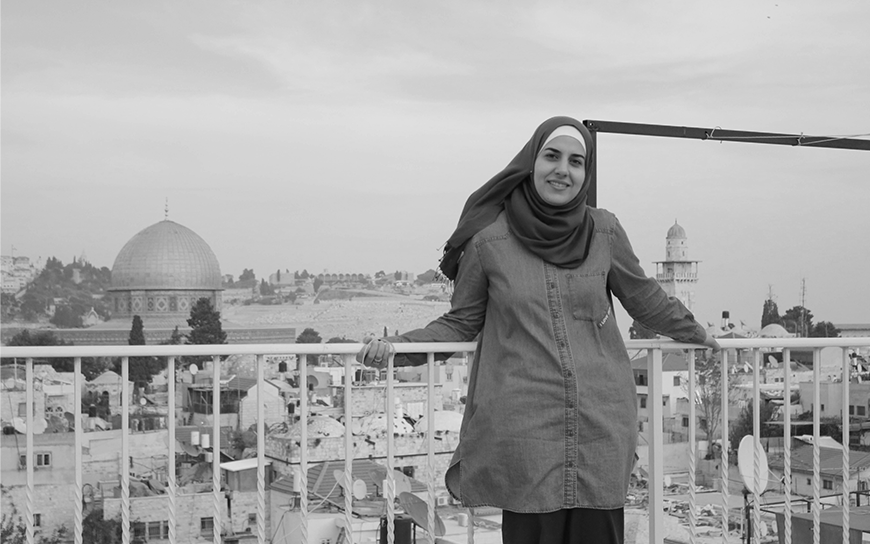 Despite the high level of education among many Palestinians, Qawasmi and her team initially faced challenges when they began to receive material from contributors. Each article needed to be hugely edited before it could be published.

It was this realisation that convinced her to launch a fellowship training programme to train journalists and future editors. The second cycle of four fellows, all women, will begin this December. Internal training is also a focus for the organisation.

“My personal hope for Metras and, specifically for the editorial part I am in charge of, is that eventually someone else will take over. I want the people coming in to feel they own this project as much as I do. I want Metras to be sustainable – a self-sustaining system – which does not rely on just a few people,” Qawasmi explains.

“I look at younger journalists, many of whom are young women I know, and I see that they struggle to find opportunities. This is why I believe Metras can be a good place for them to start. We can help people get experience and a job as well as providing sustainability for Metras; it’s a win-win situation,” she notes.

Thanks to a EED grant awarded in September 2020, Metras now have the resources to sustain its operations for another two years. Qawasmi commends EED’s flexibility, the lack of a top-down approach and conditions, which is exactly the type of support Metras seeks. This grant will help to diversify Metras’ content-creation, which is key to the media’s future.