A vlog for the Moldovan diaspora

More than half of Moldovans of voting age live in the diaspora. A Canadian-based vlog hosted by two émigrés is working to make sure as many members of the diaspora as possible vote in the upcoming 2020 presidential elections and that they are properly informed about the issues that concern them. 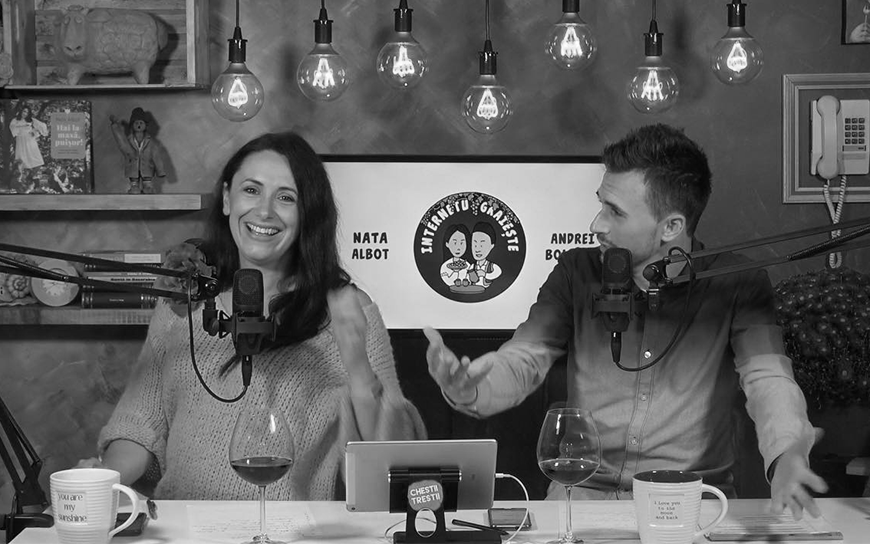 This 1st November, as Moldovans head to the polls in this the second presidential election since the country moved to a parliamentary system, two Moldovan émigrés living in Canada have once again emerged as one of the most influential online voices.

Every few days, the husband and wife team, Nata Albot and Andrei Bolocan, head to their Montreal home-basement studio to host yet another episode of their vlog, the entertaining Internetu Grãieşte, or Internet Speaks, which is broadcast on their YouTube channel and via Facebook to Moldovans worldwide.

In conversation with EED, Albot explains that the show has a number of objectives. Firstly, it aims to encourage people to vote. Secondly, she and Bolocan play an important educational role.

“We see our job as keeping our viewers informed on events in Moldova and educating them about how they consume the news, helping them to see behind the headlines and the lies and to make the difference between real and fake news,” she says.

The Moldovan diaspora is an important if unpredictable voice in these presidential elections. Lower numbers of diaspora voters turned out for the 2019 parliamentary elections than in the previous presidential elections in 2016. This is due in part to the low number of polling centres in both North America and Western Europe – there was only one polling station in 2019 in Canada. In the past, polling stations have often run out of ballots too.

A much-criticised change from a proportional to a mixed electoral system has also meant that the almost 1 million Moldovan citizens residing abroad now only have voting rights to three single-mandate constituencies – out of a total of 51. In a country that is typically split along pro-Russian and pro-Western politics, this is of huge significance as the diaspora typically supports pro-Western candidates.

This election is widely considered critical in Moldova. As in 2016, the current pro-Russian President Igor Dodon’s closest running mate is the former prime-minister and pro-European leader of Action and Solidarity Party (PAS), Maia Sandu. Following a brief period of optimism and a flurry of reforms under the coalition government led by Maia Sandu in 2019, many Moldovans are convinced that their country is once again going in the wrong direction.

State capture is rife, the media is controlled by a few oligarchs and media moguls and the Covid-19 pandemic has further strained an already fragile economy re-animating tensions between pro-Western and pro-Russian parts of society. Hate speech, fake news and disinformation are also widespread with society highly vulnerable to media manipulation.

It is also expected that snap parliamentary elections will be called shortly after the presidential election.

Broadcasting the first vlog from their couch

Albot explains that she and Bolocan first decided to launch Internetu Grãieşte during the last presidential election. Both well known in Moldova, Albot as a vlogger, activist and television personality and Bolocan as a stand-up comedian, they felt theirs was a unique voice in the media sphere. They broadcast their first shows from their couch.

“Most Moldovans abroad get their news from the Internet. We wanted to comment on what was happening in a humorous way. We analyse the news. We look at how news is presented and how people comment on it. We show how often the media creates false images of people. So someone who is clearly corrupt is presented as a family man, a church-going dependable man. We expose the reality,” she recounts.

The duo already has a history of successful ventures behind them.

When the government changed the voting system, they contributed to the highly successful ‘Adopt a Vote’ campaign among the diaspora, encouraging people to travel to vote and organising for Moldovans to host their fellow citizens.

In the past, they also ran a humorous animation campaign entitled ‘Don’t be a bug. GO vote’, inspired by a popular Moldovan saying comparing bad people with bug. Similar to a campaign they are running in this election, it focused on the reasons people often give for not voting.

“Our objective was to communicate the importance of voting and participating in the democratic processes of our country. We want to make sure our young people are involved in the life of their country,” explains Albot.

Albot tells EED she is currently working on a new video vlog for the Central Elections Commission to explain new voting measures to the diaspora. This time round, émigré Moldovans can vote with expired passports, a significant move as many rarely renew their passports. In a Covid-19 pandemic environment, they also must wear masks and bring their own pens. 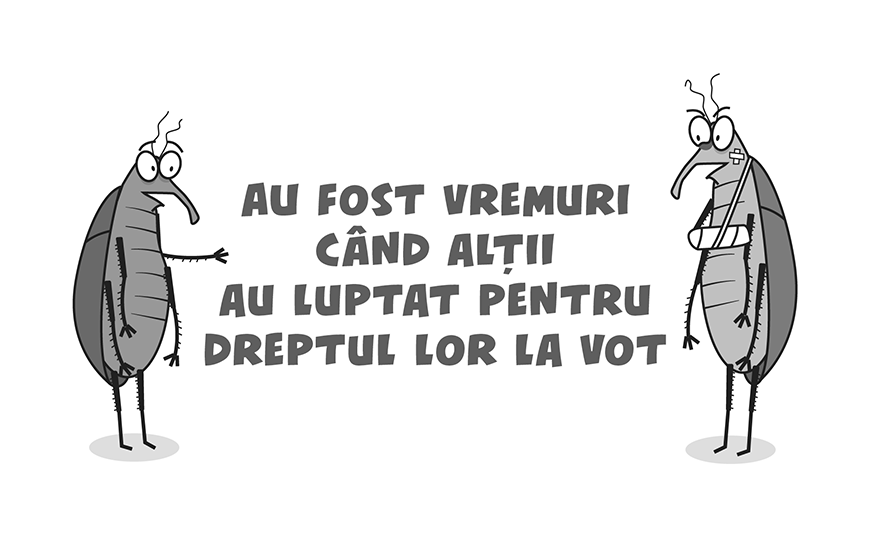 Coming under attack as pro-democracy activists

Albot and Bolocan have frequently come under attack for their work. Albot relates that during previous campaigns, trolls infiltrated North American social media groups in an attempt to compromise opposition candidates. One of them accused Albot of avoiding paying taxes despite organising festivals in her native-Moldova. She and her lawyer launched an unsuccessful defamation action against the man, who turned out to be passing for a tourist but was really hired as a troll to denigrate her as a pro-democracy activist.

This time round, another defamation action has been taken against the vblog and their long-time partner, the independent television station TV8, and Internetu Grãieşte can no longer be rebroadcast on Moldovan television. While this has meant that the show is now only broadcast via social media, Albot is convinced that their voice is still a strong one.

“We have up to 42,000 people following us on Facebook and some of our shows reach as many as 70,000 people. I always tell our viewers to talk about the subjects we discuss with their parents and grandparents. It is important they educate them as we try to educate our viewers. Our objective is always to remain neutral and to let people decide for themselves. We just show them the news behind the news,” she explains.

A mother of four and a university student, life is busy for Albot. She and Bolocan are grateful for the support from EED, which helped them to buy equipment and to set up a team of correspondents in Moldova, strengthening links between the diaspora and their home country. “With EED the process was democratic. They trusted us. We really appreciated that,” she says.