A sociologist turned media-manager is at the helm of one of Ukraine’s most exciting media projects, an award-winning media ecosystem with a mission to enable positive social change. 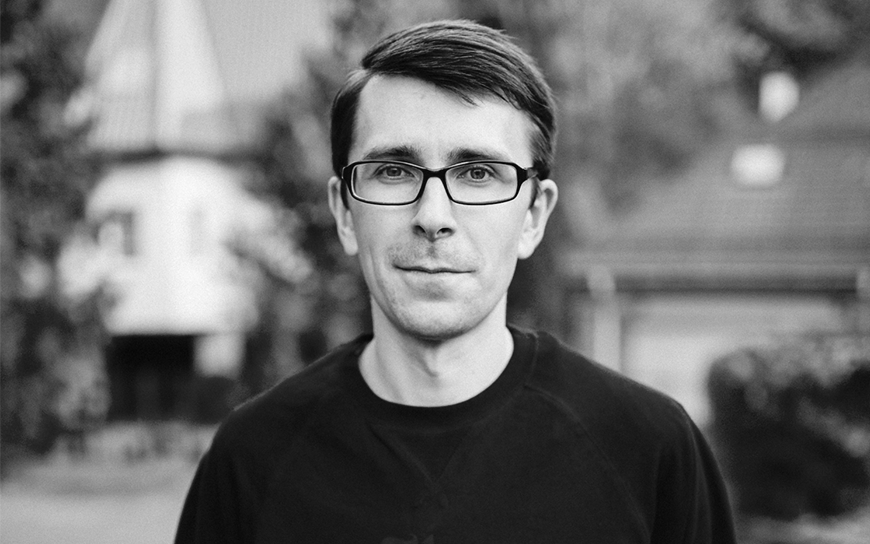 Taras Prokopyshyn is a young man with global ambitions. Recently included in the International News Media Association (INMA)’s 2020 ‘30 Under 30 Awards’, Prokopyshyn is CEO of The Ukrainians Media project, what he refers to as a ‘media ecosystem’ comprising four separate brands, a brand studio and educational projects. He is set on building a world-class media company in Ukraine.

The 29-year old Lviv-native founded The Ukrainians in 2014 following the Maidan protests and Ukraine’s Revolution of Dignity with two fellow media student friends. A sociologist by training, he conceived of the then blog as a kind of societal intervention for young Ukrainians.

Going beyond a victim discourse

“We wanted to go beyond the ‘victim discourse’ in Ukrainian media and society at large. If a Ukrainian is successful, that person is assumed to be rich, and they are immediately judged as corrupt and dishonest. There is often a sense of apathy among young people. While they want to improve their lives, they often don’t want to take on the responsibility for doing so themselves. We wanted to change this discourse showcasing successful Ukrainians who could serve as models for the rest of society. We wanted to show that these people are not suspect; they are honest and responsible citizens who want to make our country a better place,” he explains.

The team’s solution was a simple but elegant one. Every week they published a long-read interview featuring a successful Ukrainian. Each story was illustrated by large-format high quality photographs. They funded the blog project with their student stipends.

“We always asked the same questions of all of our interviewees: Are you successful? What does success mean for you? Why should we take responsibility for our actions? What does honesty mean to you? We suspected that these people would not equate success with money and we wanted our audience to understand this too. By telling their stories, we wanted to communicate that everyone in our society can work to make positive changes. We wanted to fight the stereotypes and build a model for a new Ukrainian citizen; someone who is not corrupt, who is not indifferent and who lives an active life,” Prokopyshyn explains.

Six years ago, he and his co-founders researched and wrote up these interviews in their spare time. They later published a book of the interviews that sold tens of thousands of copies. But it was their decision eighteen-months later to professionalise that set in train the successes the multi-faceted media company enjoys today. They launched a crowd-funding campaign raising 130,000 hryvnia (less than €7,000) to fund the development of a new website they are still using today, a figure Prokopyshyn admits is tiny but seemed a fantastical amount of money back then. 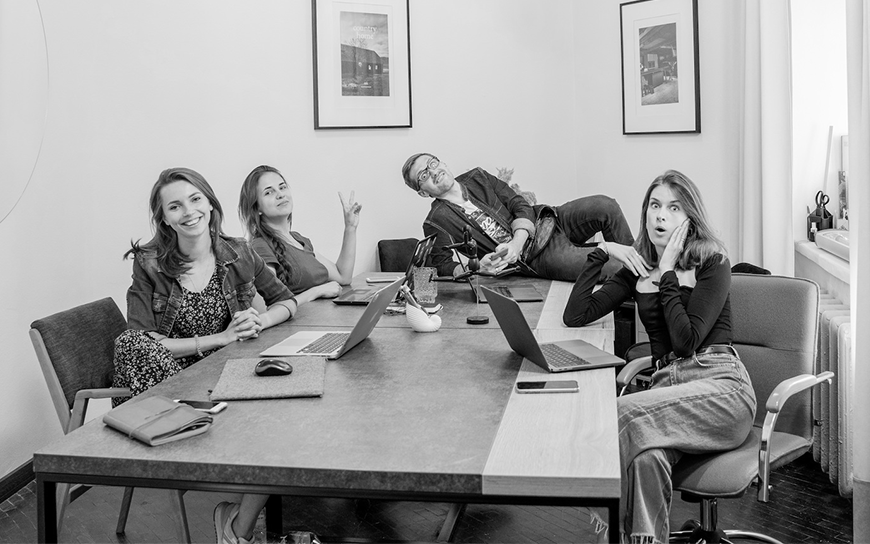 Setting the stage for a world-class media company

Prokopyshyn is a man with a vision. In interview with EED, he relates that he sees his company’s mission as enabling social change through the tools of journalism. “Our ambition is to be quality-led and influential and we are working to develop a world-class media company,” he says.

Today, long-read image-led interviews remain at the centre of the multi-faceted The Ukrainians Media project. The award-winning The Ukrainians brand continues to focus on social initiative and responsibility telling the stories of individual and collective initiatives that are shaping modern Ukraine. The content is targeted at urban educated youth who Prokopyshyn identifies as key influencers, people who if given the right tools can make a real difference to their societies. These stories aim, as he puts it to, “motivate young people and to develop their intellectual capacity.”

In 2018, the website expanded to include a number of related products, all with a specific social mission.
There is now also Reporters, an online magazine specialising in journalistic literary essays. There is also the Creatives, featuring interviews with Ukrainian creative industry leaders. The company also works with the commercial sector and NGOs on special projects, although Prokopyshyn will only work with socially responsible businesses.

A new product is NZL News or ‘Healthy person news’, targeted at a younger less upwardly-mobile audience, which aims to mobilise young people typically disengaged with politics. In addition to its web presence, it posts around 7 news items on social media each day, with news on popular culture, technology, music, corruption and also politics. “It is a ‘healthy’ newsfeed that won’t put off young people but it also has a social objective,” he says. 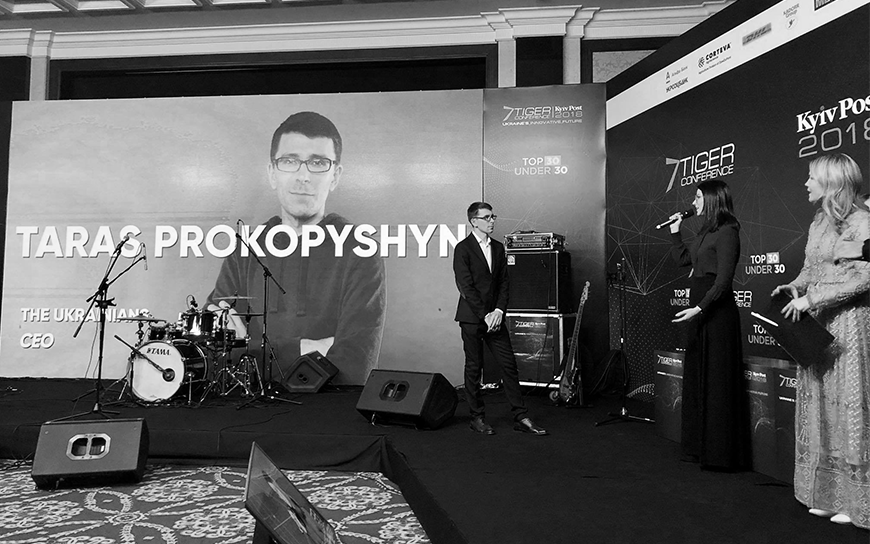 The company work closely with a number of schools of journalism and provide internships for students. Some of these former interns have joined the 20-strong team now based in Lviv and Kyiv, and others go on to work with other media publications. Prokopyshyn hopes that their experience with The Ukrainians is formative for these future journalists.

He admits that the EED grant has provided the media group with important bridge funding at a crucial time in their development, as the company faced a sudden shortfall of funding at a time when they were building what he calls his ‘dream team’. He is insistent too that personal awards such as the 2020 INMA award, his listing in Ukraine’s Top 30 Under 30 from KyivPost and his finalist position in PEN Ukraine’s Gongadze Prize in 2019 are all a tribute to the calibre of this team.

As a media house that is more focused on quality than quantity, Prokopyshyn believes that while donor support is currently crucial to the company’s continued existence, its relationships with readers are key to its future economic stability. He admits the collapse of advertising revenue during the spring peak of the Covid-19 pandemic made him even more aware of the importance of these relationships. 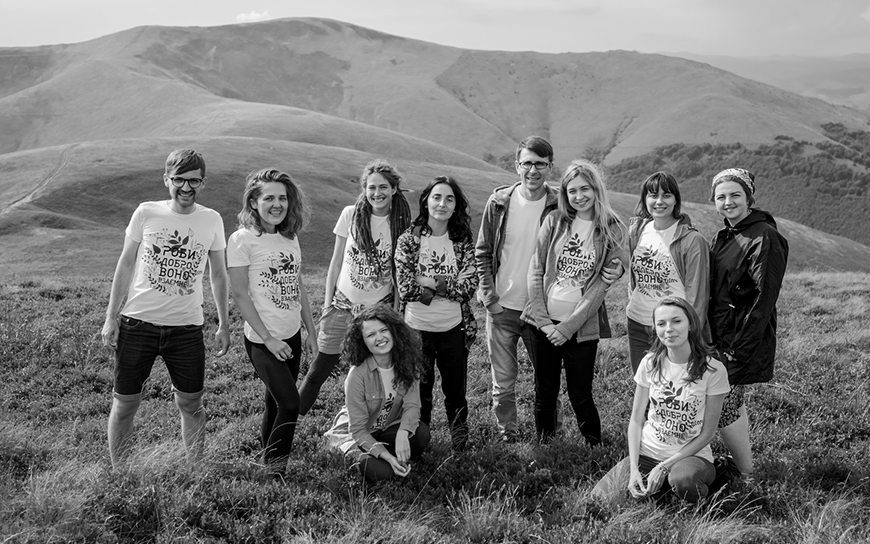 “For us, our readers are our accomplices in the process of creating media that can initiative social change. We are the first Ukrainian media to start a membership programme – which we launched in the middle of the Covid-19 lockdown. Our members are not just helping to fund us; they are helping with their social capital, their contacts and their time. They support our overall mission. And we provide special services for these members, such as an online The Ukrainians Festival. We will never put up a paywall and we will never use banner advertising. We will always ensure the best reader experience,” he relates.

He freely admits that The Ukrainian is his ‘life project’. “I live to do this work. I understand the power we have to influence Ukraine, the Ukrainian media market and the development of democracy in our country. Each of our long-reads special projects takes an average of ten minutes to read, and 70 percent of readers read them to the end. If we can get our readers to spend that much time reading one of our articles rather than scrolling through their feeds, that is a win for us and for our mission to enable social change,” he concludes.