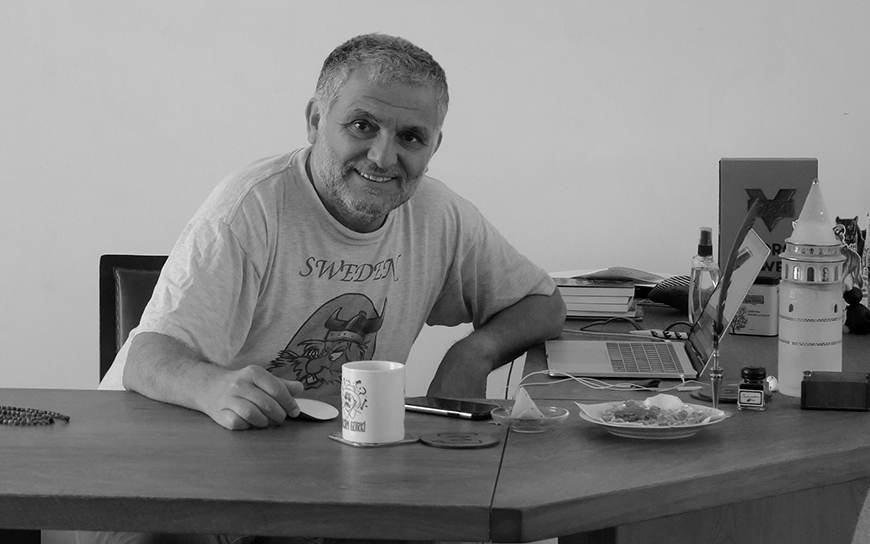 Launched five years ago at a time of decreasing space for independent voices in Turkey, Medyascope now receives an impressive three million views a month on its YouTube channel, clocking up 100 million watch-time minutes.

For Medyascope’s Editor-in-Chief Ruşen Çakir the recognition from The Financial Times is bitter-sweet. “If Turkey was a normal country we would have had so many calls from investors after that,” he laments.

Çakir is a well-known and outspoken Turkish journalist and commentator with a career spanning 35 years. But a few years ago, while still working for the prominent Turkish daily Haberturk, he began to notice that despite his good salary his column inches were being cut.

In the run up to the June 2015 parliamentary elections, Haberturk sent him to Anatolia to cover the campaign. Yet his reports were not being published.

That was when he discovered the power of Periscope – a video-streaming app that can be used to make live broadcasts from a mobile phone or tablet.

“I covered the campaign myself through Periscope in Anatolia.” says Çakir. “I met with opposition candidates. I met with all the political parties and covered Erdogan’s meetings and made analysis.”

“When I came back, I continued making ‘pirate broadcasts’ from my office at Haberturk.”

The broadcasts attracted attention, and Çakir was contacted by some people in the IT sector who offered to help him elaborate the concept of what is now the media platform Medyascope. 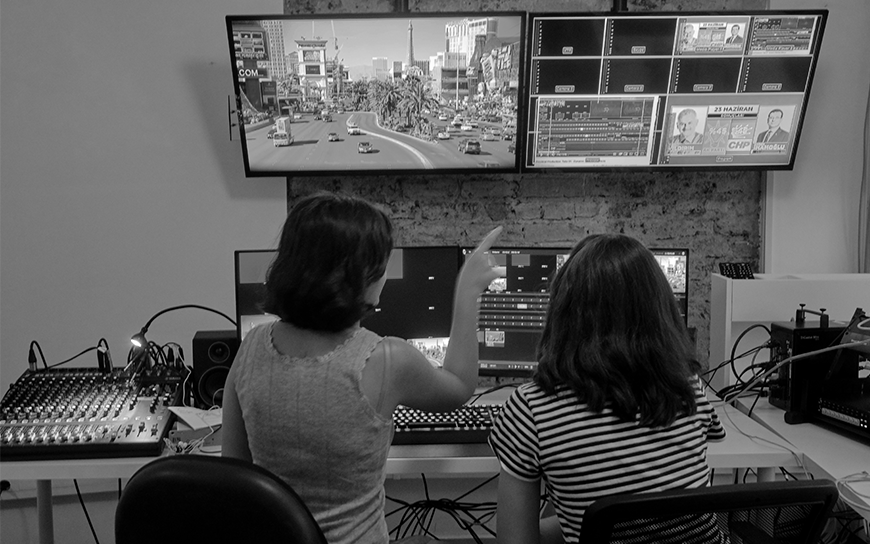 From iPad streaming to a professional set-up

Cakir invited various journalists who had recently lost their jobs to join Medyascope even though most of them didn’t believe in the project. “They thought it was kids’ stuff,” he says.

Not everyone was so sceptical. A friend offered a former photography studio as a recording space for Medyascope to enable a more professional set-up than the iPads and iPhone Çakir had been using until then.

Eventually Çakir lost his job at Haberturk. “I realised I had been fired in January 2016, and so I came here full time, and used my own money to establish things,” he explains.

After attracting some donor funding, including a grant from EED to set up a Medyascope office in Ankara, upgrade the Istanbul studio and to hire some staff, Medyascope now boasts around 40 regular staff as well as freelancers and volunteers.

In addition to news reporting, Medyascope produces video opinion pieces, weekly political discussion shows, and thematic shows on social issues such as LGBT rights. They also have regular contributions from the Kurdish regions of Turkey and the border with Syria.

Medyascope is also open to outside contributions, allowing NGOs and associations to broadcast uncensored programmes from their studios, as well as sharing videos sent in from external contributors. “Everybody wins,” says Çakir. “They contribute high quality content to us and we help them distribute it.” 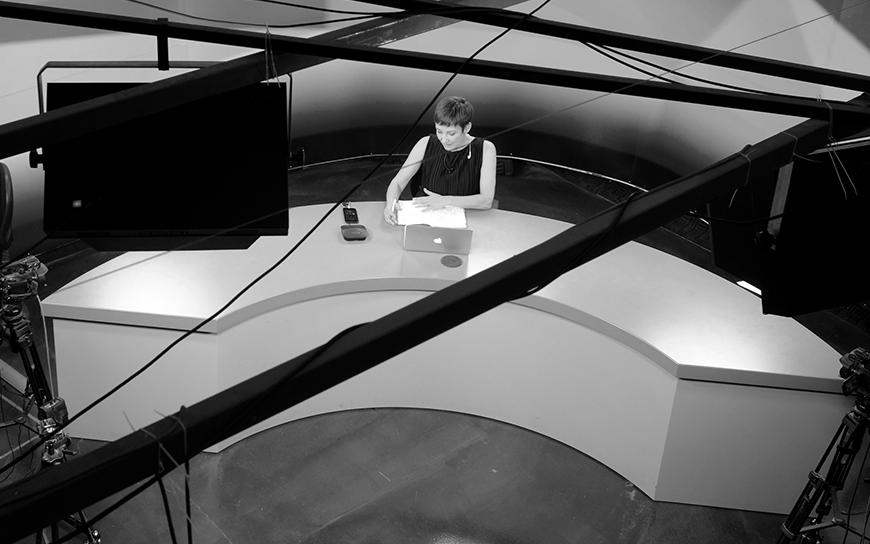 An independent media outlet in a polarised media landscape

It is a distinction that matters, and the fact that Medyascope’s independent line manages to attract criticism from all sides is a source of pride for Çakir. “People like me for my anti-government stance but are against me for welcoming Syrian refugees and on what I say about the Kurdish issue,” he says.

In Turkey’s tense political climate, Çakir is also aware of the continuing dangers to media and the delicate path that must be tread. Particularly concerning is a new law regulating online media that could be both costly and potentially used to restrict content. He sums up Medyascope’s approach thus, “We may not say everything we believe in but we don’t say anything we don’t believe in.” 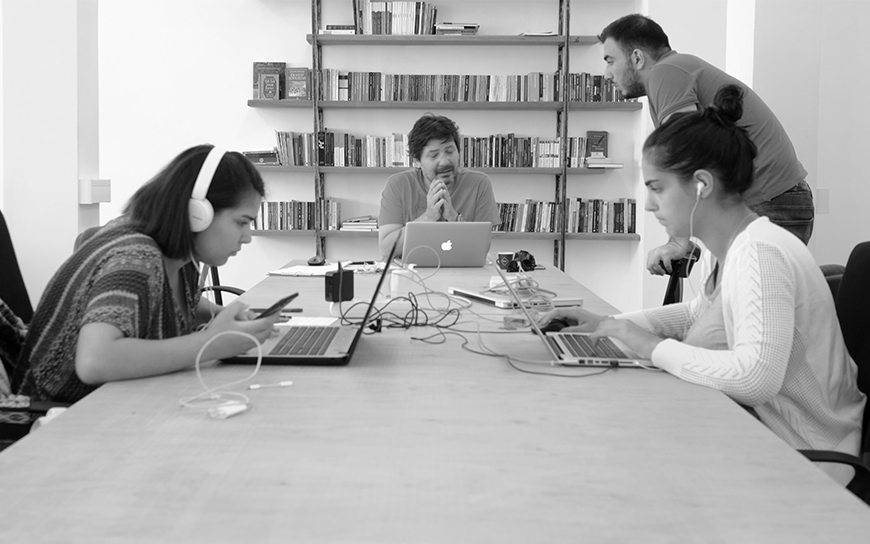 Broadcasting during the Covid-19 pandemic

When Turkey’s first coronavirus case was announced on the 11th of March, Çakir and the team moved to remote working for most staff, with just a core staff remaining in the office. They also moved their physical control room into their Head of Broadcasting’s home and they started using Streamyard, a streaming app to ensure ongoing broadcasts.

Medyascope’s coverage in recent months has centered on the impact of Covid-19 on wider society, with features on the human, economic, political and social impact of the pandemic. Their focus has been on the ways this crisis is affecting the lives of ordinary people and on how the government is handling the crisis.

Medyascope have also produced programmes debunking misinformation and conspiracy theories and informing the public on how they can protect themselves and wider public health during these difficult times.

High hopes for a bright future

With its increasing viewership figures, Çakir believes there is a clear market for Medyascope. He notes that that the current political climate means that it is extremely challenging for the media outlet to make money. “We should be able to finance ourselves but people are afraid of placing advertisements with us because of the political situation,” he says.

Just like The Financial Times, Cakir has high hopes for the company’s future. “I think Turkey will be normalised one day and then Medyascope will become a very big company.”