The Biladi Institute for Human Rights works to improve the lives of migrants held in Libyan detention centres in both the East and West of the country. Headed by Tarik Lamloum, the team visit these centres on an ongoing basis and lobby the authorities to improve conditions for migrant detainees. 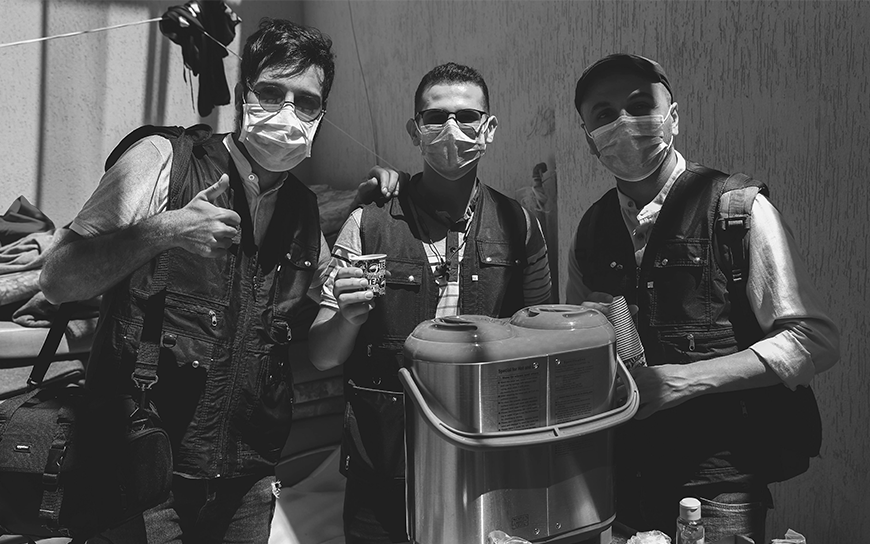 Libya has long been a magnet for migrants seeking to travel on to Europe and many of these migrants suffer horrific abuses while in the country. Last May, 30 migrants lost their lives and 11 more were injured when an armed group attacked the headquarters of a human trafficker in Mazda, in a region to the south-west of the capital, Tripoli. This is just the most recent in many such attacks. The Biladi Institute for Human Rights were one of many human rights organisations to condemn this vicious attack and to demand the closure of such ‘migrant warehouses’ that openly sell, smuggle and traffic migrants across Libya.

The International Organization for Migration estimates that there are some 654,000 migrants in Libya, including Nigerien, Chadian, Sudanese and Nigerian as well as Egyptian nationals, with men making up 89 percent of this total. Around 1,500 of these migrants are detained in official centres run by the Department for Combatting Illegal Migration (DCIM) under the Ministry of Interior of the UN-recognised Tripoli Government of National Accord (GNA).

While these so-called ‘sheltering centres’ vary in quality, conditions generally fall far short of international standards, with human rights abuses common. Migrants endure arbitrary and indefinite detention, inhumane detention conditions, sexual abuse, forced labour as well as torture and other ill-treatment. Most detainees are held in these centres without due process or access to lawyers or judicial authorities to challenge the legality of their detention, and few detained migrants are brought to court, although this is stipulated as a requirement in Libyan immigration legislation.

Thousands more migrants are held in makeshift centres controlled by the militias, where they are kept in conditions unfit for human habitation. These places are typically overcrowded and unhygienic with little or no access to running water, washing facilities or latrines. Detainees are often subjected to extreme violence, beatings and torture and women routinely suffer sexual abuse and rape.

Biladi's Tarik Lamloum reckons that there are probably about 4,000 migrants now held in government and militia-run detention centres across the country. The Biladi team of 12 have documented countless cases of human rights abuses and mistreatment of migrant detainees in these centres. They monitor the situation in 45 such centres, visiting each centre several times a month and spending several hours on-site during each visit. They are now building a database of human rights abuses informed by these visits.

Lamloum admits it was the experience of close family members who sought asylum in Europe that prompted his interest in improving the situation for migrants in Libya. “My relatives spent three years living in shelters for asylum seekers. I saw first-hand the assistance they received from government and from civil society organisations. In my view, migrants in Libya have the right to these same basic human rights,” he says.

He explains that the situation for asylum seekers in Libya has long been complicated, but the lack of state authority and the ongoing war in the country since 2014 have made things far worse.

“Greed and racism are both big problems here. Too many people in Libya take advantage of the migrant situation. There are families who earn their living from migrants; they are involved in trafficking schemes, in extortion and in selling migrants for labour. Multiple government agencies work with migrants too, and there is an ongoing struggle for power among these entities. Corruption is a real issue,” he relates.

He goes on to explain that the DCIM detention centres’ catering contract was awarded by the Ministry of the Interior to a company affiliated to officials. “Officially this contract sets out that migrants have the right to a balanced and varied diet with three meals a day. In reality, their diet is restricted to small pieces of bread and undercooked carbohydrates – usually pasta –and there is usually just one meal a day.”

Unsurprisingly, malnutrition is widespread, with sometimes fatal consequences, as migrants are often detained for periods ranging from days to months and sometimes for up to two years, with no possibility of legal aid or of their detention being reviewed by the judicial authorities.

He relates that no provisions are made for pregnant or nursing women, and many detention centres also hold unaccompanied minors. As most lack human rights complaint registration systems, family tracing and reunification is impossible. He admits that this situation facilitates the disappearance of migrants from detention. 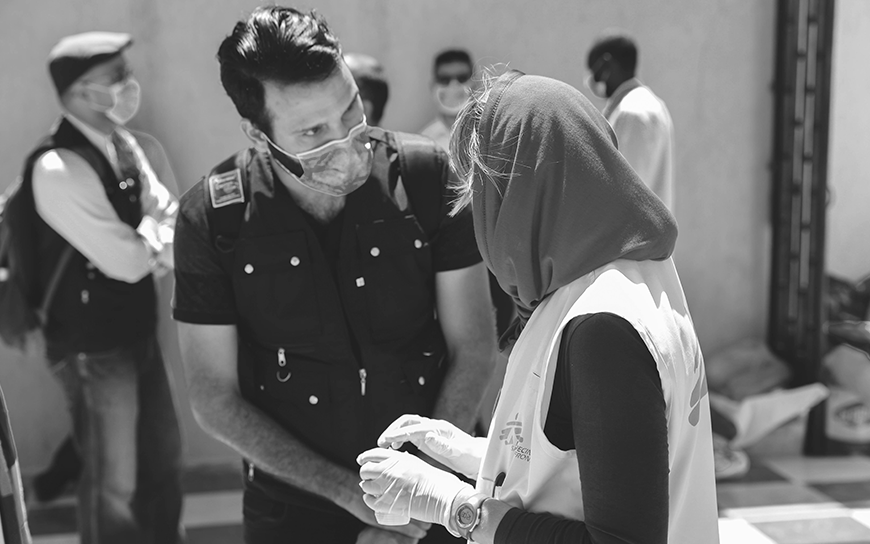 Over the past years, Lamloum and his team have built up a reputation as experts in international law and human rights law and they are frequently consulted by international agencies and governments for their insights. He is also a frequent speaker on radio and he presents a weekly show ‘Without Visa’ focused on the situation of migrants.

In recent times, Biladi is increasingly focused on advocacy to reform human rights practices in the country, particularly regarding detainee rights.

In 2018, Lamloum took part in an international advocacy mission to Geneva where he reported to the OHCHR’s Working Group on Enforced or Involuntary Disappearances. Biladi has filed a number of cases in EU courts regarding the violation of migrants’ rights. Lamloum is grateful for EED funding that has provided Biladi with support for training, capacity building, logistics and exchange of experience with EU and other international actors enabling them to take on such cases.

Lamloum agrees that a large part of Biladi’s success is thanks to the good working relationships he has developed with key government officials in Libya, particularly those in the Ministry of the Interior, who have direct responsibility for the DCIM-controlled centres. These contacts help to maintain access to the detention centres for his staff and in turn, help them to advocate for an improvement in detainee conditions. He admits that the unstable political situation in Libya can make this challenging work, as there is a large turnover in staff as new officials are constantly appointed.

He points to a number of recent successes. For instance, Biladi recently persuaded the Ministry of the Interior to establish small libraries with books on human rights and legal issues in detention centres to the East of the country.

With the ongoing Coronavirus outbreak, Biladi are continuing their advocacy work and were recently one of the signatories of an open letter to the Libyan judiciary requesting that the safety and health of detained migrants is maintained during this period. Staff members remain in contact with detainees and their field visits to detention centres have continued. The ongoing curfew in Libya is a much greater challenge to the organisation, as residents are confined in their homes from 6pm each evening and each weekend. Cashflow is difficult too, as all banks are now closed.

Despite the odds, Lamloum is determined to continue Biladi’s work of visiting detention centres, producing reports and lobbying the authorities for better treatment of migrants. He notes that when the Libyan parliament in Tripoli recently decided to establish a Human Rights Committee, they sought out advice from Biladi, which he sees as a clear vote of confidence in his organisation.