‘Fourth Power’ has built a reputation as a strong independent voice in Armenia. Known both for their analysis of social and political developments as well as its embrace of satire, the media outlet now has both print and online editions. 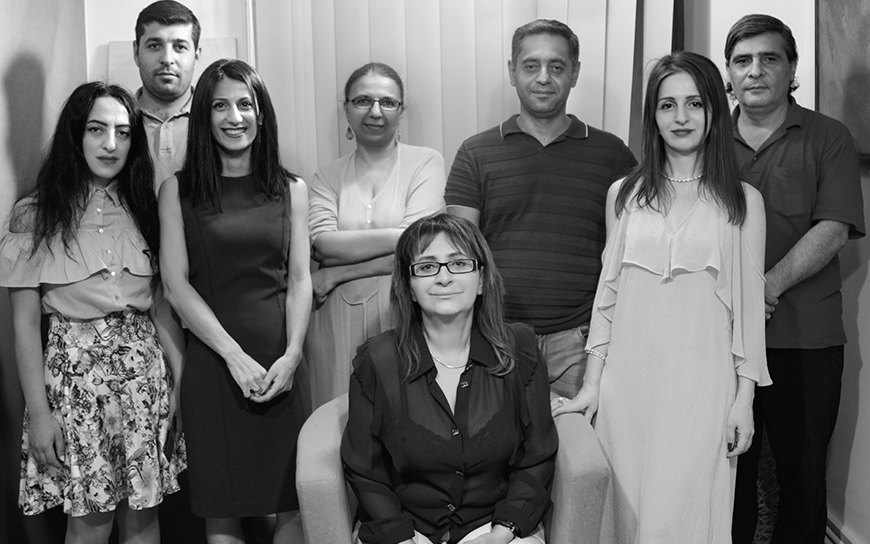 Fourth Power are veterans on the Armenian media scene. Launched in the mid-1990s, just a few years after Armenia’s independence and shortly after the end of the Nagorno-Karabakh war, Shogher Matevosyan, then a local business owner, set up Fourth Power as a newspaper that could provide an independent and alternative narrative to the then-mainly politically controlled media houses. She wanted to play her part in developing a culture of civil society in post-Soviet Armenia and she envisaged Fourth Power as providing a voice for this society.

Interviewed by EED, Matevosyan admits that the newspaper’s naming was deliberate – this newspaper was on an equal footing to the authorities. “I envisaged the paper as a fourth branch of power that would hold the authorities accountable,” she says. To this day, Matevosyan remains a key figure in the media outlet. She is general director of the NGO World Power that manages the outlet, as well as leading from an editorial and policy perspective.

Over the next twenty or so years, the paper was published as a weekly newspaper and it became known both for its analysis of ongoing political and societal events in Armenia and for its creative and satirical features.

These initial years were not without their challenges. Fourth Power’s fiercely independent stance meant that it frequently clashed with the political regime, it suffered ongoing financial and distribution difficulties and there were many attempts to close the paper.

In 1998, the state authorities launched a criminal prosecution against the paper. Employees were summoned by the police to give evidence against Fourth Power's editor and journalists; they all refused to do so. The tax authorities began a tax inspection that dragged on for many months. Businesses were warned not to advertise there, and those that did faced repercussions from the authorities. Fourth Power has relied on donations and a small income from newspaper sales for its survival since that time.

This event marked the beginning of a decades-long campaign against the newspaper and its journalists, including brutal physical assaults against individual journalists, often by officials from the National Security Service and the Ministry of Defence and Police. There were also a number of arson attempts on the paper’s office.

In 2008, the newspaper was also forced to close temporarily, when after presidential elections the then President Robert Kocharyan declared a state of emergency, banned public gatherings and censored all internet and print media, only allowing them to cover information provided by the State. The following year, the paper was forced to close again following another criminal persecution and it relaunched with a new title: Fourth Self Power. 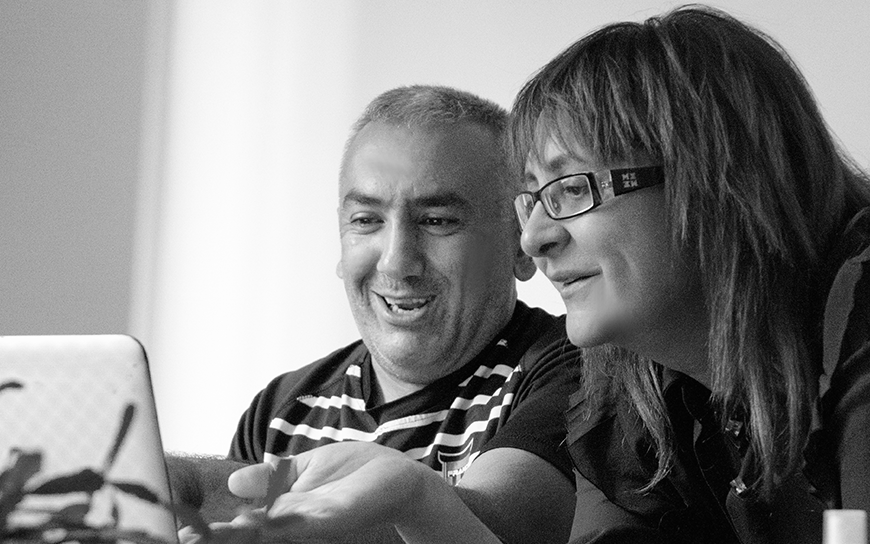 A new departure for Fourth Power with the Velvet Revolution

In the months before the 2018 Velvet Revolution, the team set up a new website, Hayastan 24 (or Armenia 24), which carried weekly programmes dissecting TV coverage of key issues, and exposing misinformation. EED support assisted this new media platform, and helped to keep the Fourth Power team together at a very difficult time.

The actual 2018 revolution, with its mass street protests against the corruption of the long-dominant political party in Armenia under Serge Sargsyan, saw the appointment of a new reform minded prime minister, Nikol Pashinyan. It also saw many of Fourth Power’s friends from the opposition movement appointed to the new government.

In these post-revolution times, EED support has helped Matevosyan and her colleagues relaunch Fourth Power as both a newspaper and an online multimedia outlet. She believes that the newspaper is even more important in this new post-revolutionary era: “We want to ensure that the spirit of the 2018 revolution stays alive. Some of the democratic reform processes that were promised are slow to be enacted. Sometimes the government takes questionable decisions. We work hard to keep a critical eye on the government’s actions and to comment when appropriate, but it’s a delicate balance as we can see that progress is being made.”

In its new guise, Fourth Power is thriving. In addition to its website, it also runs a very popular Facebook page, where articles posted on the website are republished. Matevosyan notes that many readers share their stories throughout social media, and often other media pick up on these stories and republish them. 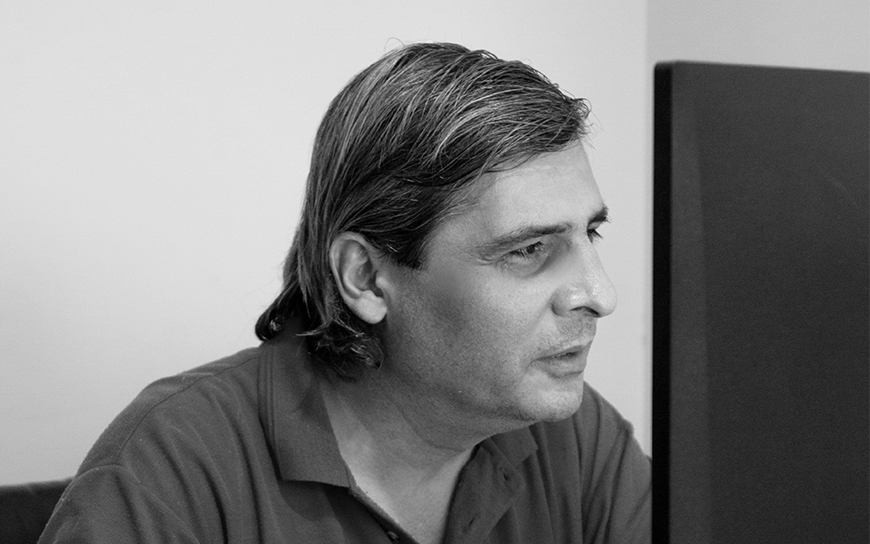 While Fourth Power has adapted to the current media landscape, its journalists remain constant to the outlet’s focus on analytical material. “Most media outlets cover events and politics. They act like news agencies, reporting facts, and there is little serious social and political analysis in Armenia – this is the focus of our work. We cover important subjects for Armenia, such as the new constitution introduced by the previous government in 2015, a major issue now faced by the government, ecological and agricultural reforms, the anti-corruption agenda and we keep a keen eye on how the government and its ministries are performing,” Matevosyan relates.

The media platform has wide readership from throughout the country; its existence as both a print and online medium means that it also reaches more rural areas as well as older generations who are less inclined to consume media online. Today, its online edition has daily readership of up to about 7,000 per day, and the weekly edition is distributed throughout the country.

Fourth Power’s editorial and journalist team are well-known figures in Armenia and they are frequently invited to speak on local television programmes. Matevosyan relates that most team members have been with the paper for over 15 years, and one has been with them since the very beginning. “Our team all have the same values and the same view of media’s role in keeping the spirit of the revolution alive,” she notes.
She is grateful for EED’s support, acknowledging that it came at a critical time for the Fourth Power team. “We had no financial resources at that time, and we could not see how we could keep going,” she admits.

No print edition during Covid-19

The Covid-19 crisis has affected their work in recent months; they were forced to stop publishing the print edition while the country was in lockdown. For a short period too, readership of the online site declined, as their audience just wanted fast news on the coronavirus, but now readership numbers are going up again as the situation begins to normalise. Matevosyan views the pandemic as yet another indication of the dangerous lack of critical thinking within the general population, noting how fake news thrived during this period. She believes that that Fourth Power continues to play an important role in educating the population to be more media savvy.

Today, she and her management team are looking to the future. They are hopeful of attracting more income through advertising, although with media advertising still controlled by a government monopoly, this remains challenging. They are adding more interactive elements to the website, including more video content, photo collages with voice overs and interactive caricatures to attract younger readers.

She is hopeful too: “For many years, the government forces had won the battle against civil society. This is changing now. I believe today we have the opportunity to help develop a more democratic country. I want Fourth Power to be part of this process and to contribute to forming a society that is based on logical and critical thinking, a society that can fight for its rights.”