Starting a public conversation about LGBT rights in Georgia

Since its inception in 2019, Tbilisi Pride have amplified LGBT voices in Georgia, drawing attention on the issues that queer individuals have to face every day in an extremely conservative environment. 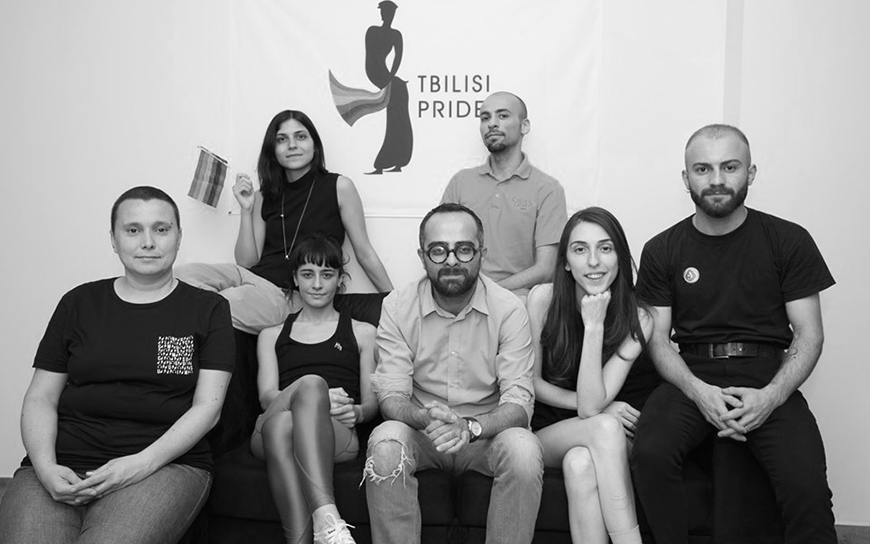 When Giorgi Tabagari and his fellow Tbilisi Pride organisers hung a rainbow flag outside their third-storey office window, they were expecting some strong reactions. But what happened next was far worse. First, their flag was stolen. That was easy to remedy and they promptly hung a new one from their balcony. Then black paint was splattered on the flag and the building, and homophobic groups began daily protests in front of their office building.

“They line up on both sides of our door, so every morning, we have to go through a ‘shame corridor’ of people insulting us as we try to get to work,” relates Tabagari when he speaks to EED from the organisation’s headquarters in Tbilisi. “Imagine people shouting at you each day when you enter or leave the office. That is what normal life is like for us.”

A dfficult environment for LGBT community

Georgia remains a difficult environment for members of the queer community, despite performing better than many of its neighbours. A 2018 poll reported that less than one in four Georgians value the protection of LGBT rights.

The events of 17 May 2013 also remain vivid in the community’s collective memory. On that day a small group of LGBT activists who were celebrating the International Day Against Homophobia, Transphobia and Biphobia (IDAHOTB) were violently attacked by members of a large far-right demonstration led by priests from the most conservative wing of the Georgian Orthodox Church. The attackers broke through police cordons and hurled rocks and eggs at the gay rights demonstrators. It was only quick action from the police, who bundled the demonstrators onto nearby buses and got them away from the scene, that averted tragedy. 12 people were hospitalised after the violent attack, including three police officers.

Tbilisi Pride was created in early 2019 when a small group of activists set out to organise the very first Pride march in Georgia. Only two dozen or so people took part in that first 30-minute Pride parade around the city, an event that took months of preparation and saw the organisers receive multiple death threats. But importantly, this small event opened the door to a more public conversation on LGBT rights in Georgia. 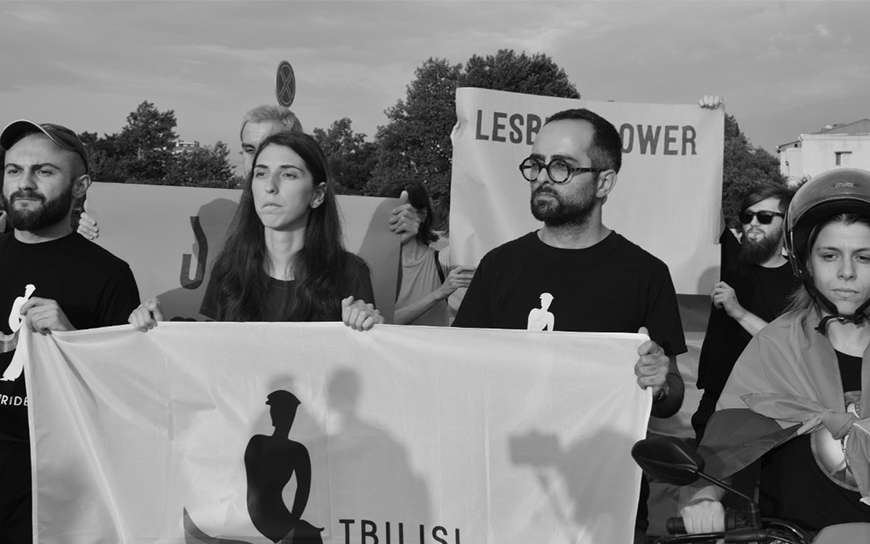 A year later, Tbilisi Pride is a more established entity in Georgia. Its members have now met with representatives from all the main political parties. This year, four political parties made official pro-LGBT statements on the date of IDAHOTB for the first time. “I would not say that the government or the opposition as a whole are supportive," admits Tabagari, "but more and more individual politicians are publicly condemning violence based on sexual orientation and gender identity.”

Tbilisi Pride’s next step is to work with political parties during this autumn’s upcoming parliamentary elections. They are hoping to get an inter-party Memorandum of Understanding signed by major pro-Western political parties on LGBT rights. They also want to make sure that extremist parties do not demonise queer issues. In the past, these parties have often framed queer issues as a Western export and a sign of decadence – using them as a ‘bogeyman’ to obtain more votes.

Celebrating May 17 with the Covid-19 lockdown

To date, Georgia has managed to escape the worst of the Covid-19 pandemic. The official lockdown ended on May 22, although some restrictions remain in place.

The Tbilisi Pride team has been back in their office for a while, but on May 17, one of the most important days for the queer community around the world, they were still in lockdown. “IDAHOTB is an extremely important day in Georgian queer history, particularly given what happened in 2013. When the pandemic started, we knew we had to adapt to the situation and do something,” relates Tabagari. 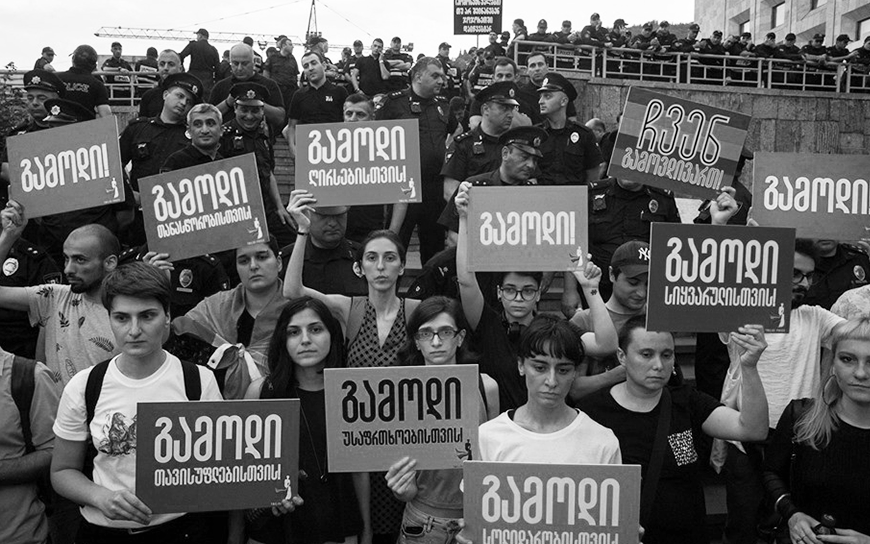 The campaign culminated with an online event on May 17, with speeches from community members, civil society leaders, politicians, and high-profile members of the international community, including Dunja Mijatovic, Commissioner for Human Rights of the Council of Europe. “In a way, the lockdown helped us. It would have been impossible to get such high-profile speakers to attend the event in person. We managed to turn a challenge into an opportunity,” states Tabagari.

While the activists were not successful in their bid to get Tbilisi major Kakha Kaladze to light up the city’s TV tower with the rainbow flag, they are happy that this event has been successful in that they have gained more public attention and have started an important public conversation about LGBT rights.

This year, Tbilisi Pride’s activities for Pride Month were necessarily low-key, as big gatherings are not allowed yet in Georgia. They created an art campaign, disseminating pro-LGBT stencils and street art around the city. They are planning an online talk show that will cover topics ranging from visibility for the community to the instrumentalization of LGBT issues in politics, to the relationship of homosexuality with religion and Georgian culture.

They are also the protagonists of a new movie, a documentary by British filmmakers who followed them last year, while they were organising the first Tbilisi Pride.

“The movie, which will probably be screened online because of the virus, is a good portrait of what we had to go through and of the challenges we had to face. We hope that it will be a new opportunity for us to reach out to a wider public, helping us with visibility and with raising awareness of queer life in Georgia,” concludes Tabagari.