EED-supported cinema association Sentiers-Massarib organises cinema events and workshops for young people in deprived communities, teaching them critical skills and generating debate on social and democratic issues – and providing them opportunities to make films of their own. 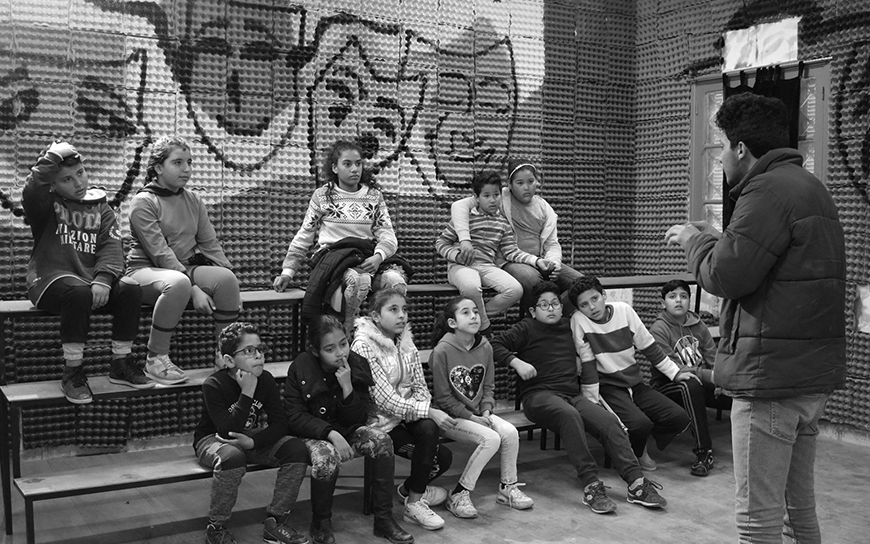 In the suburb of Oued Ellil on the outskirts of Tunis, unemployment is rife and there are few initiatives likely to attract young people. The centre of the Tunisian capital and its vibrant cultural life is a distant 10 km away. In Oued Ellil there are no cinemas or sport centres. Not even a children’s park. With the many challenges and problems facing young people, such as the temptation to escape through drugs, the local Maison des Jeunes or youth centre - an institution under the supervision of the Ministry of Youth and Sports - struggles, despite its best efforts, due to a lack of resources and the negative image of everything institutional among young people.

Nevertheless, three years ago, some teenagers created a film club within this centre and started organising film screenings. Since September 2019, with the help of Sentiers-Massarib, a Tunis-based association made up of cinema enthusiasts, the activity of the club has been strengthened. The youth centre has become a place where films are regularly discussed and where debates on social issues, human rights and democracy are articulated.

With funding from EED, Sentiers is mentoring the group as it organises its activities and programming. Sentiers’ team helped the group to select movies, introduce them, and moderate meaningful debates. Four young members of the club have also initiated smaller cinema clubs in two local schools. “The initiative comes from the young people themselves,” says Insaf Machta, Sentier’s president. “We don’t parachute ourselves in.”

Sentiers’ volunteer members, who include academics in literature, students of cinema, translators and social science researchers, provide diverse forms of support to young people. They coach them, assist in their activities and organise workshops. They are also often able to use their contacts to secure royalty-free screenings of the kind of arthouse films that these young people would otherwise not have access to. In other cases, EED funding allows Sentiers to pay the screening rights. 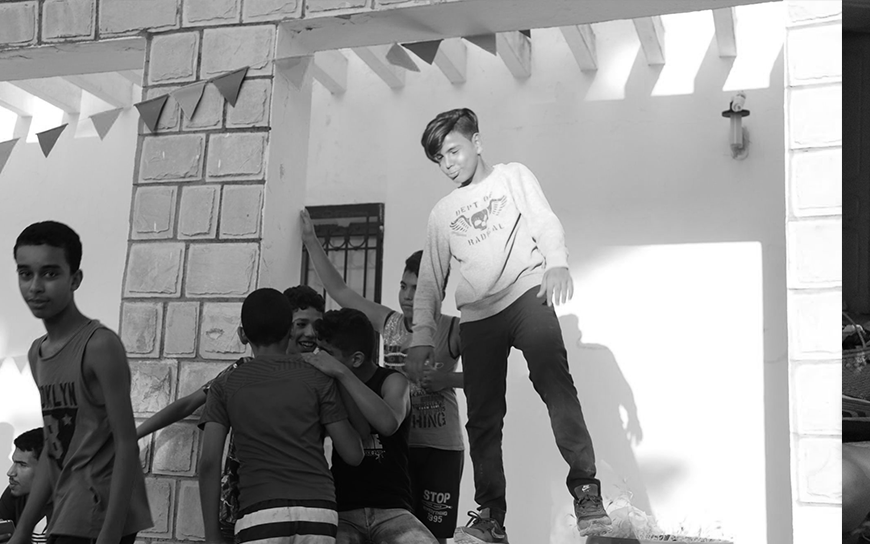 One such film is Noura rêve (Noura dreams), a Tunisian film directed by Hinde Boujemaa that deals with the theme of divorce and adultery from the point of view of a woman. Set in a working-class area, not unlike Oued Ellil, it provoked a lively post-screening debate. “Some of them were defending the woman while others were judgemental,” explains Machta.

For the first time, says Machta, a significant number of the audience at the film screening were girls. This was explained not so much by the theme of the film and its female director, but, as the girls explained, by the lead actress, Hend Sabri, a well-known Tunisian actress who played in Tunisian films before becoming a star thanks to her roles in Egyptian cinema. To Machta, the reason why young people come to the movies is not so important – rather she hopes the experience will open their eyes to new experiences and generate critical thinking.

Machta says they usually recommend Tunisian films or films that young people can relate to. Another film that proved a hit among the youth of Oued Ellil was the recent French film Les Miserables directed by Ladj Ly, which deals with relations between police and disadvantaged teenagers, mainly of sub-Saharan African or Maghrebi descent, in a Parisian suburb. “We had a very interesting discussion about the film afterwards. Police violence is their daily experience too,” she points out. 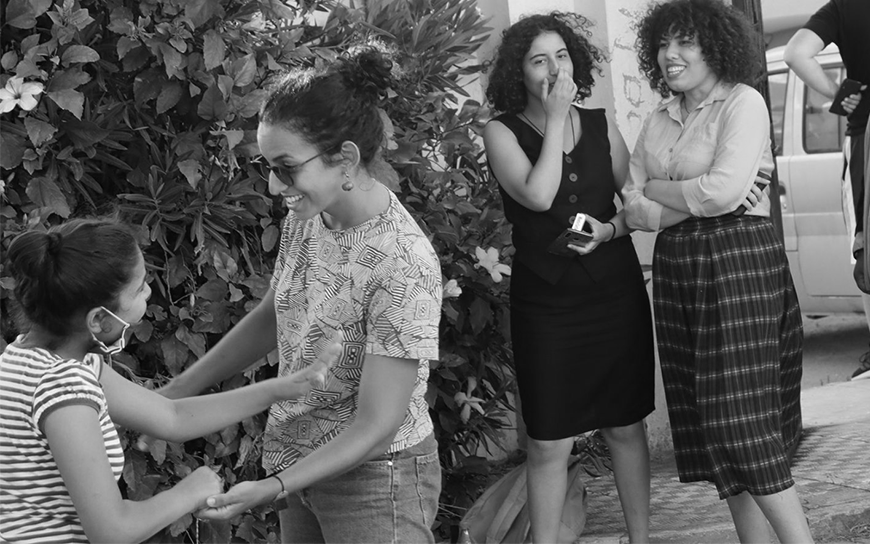 Since its foundation in 2017, Sentiers has been organising cinema workshops for young people in various marginalised regions across Tunisia. Indeed, it was after a workshop in the south of the country, where Machta says they could see a real hunger for creative activities, that they decided to reach out to young people in Oued Ellil, closer to home in Tunis, in order to be able to engage with young people more regularly over a longer period of time.

In addition to some professional equipment that the Sentiers team has managed to accumulate, including some basic cameras and editing tools, they use their networks in the cinema world to engage professional directors and film technicians as volunteers to lead the workshops. During a typical workshop, the students learn all the steps of making a short film, including script-writing, shooting and editing.

Les Oiseaux de Oued Ellil (The Birds of Oued Ellil), which can be seen on YouTube, is the product of a workshop for secondary school students in Oued Ellil. The 10-minute film features scenes of birds in cages (including a stop-motion animation of a toy bird) inter-cut with young people telling anecdotes about birds and their relationship with them, and in doing so, indirectly talking about themselves. The metaphor is clear, and with the help of Sentiers these young people are being encouraged to think about their own freedoms and to spread their wings into a world of creativity and culture.