Film-maker and producer Šuhreta (Duda) Sokolović covered youth issues in Sarajevo during the war in the 1990s. Today, she has lauched a video series to start a discussion about the tripartite educational system in Bosnia and the need to build a common understanding of the country's history. 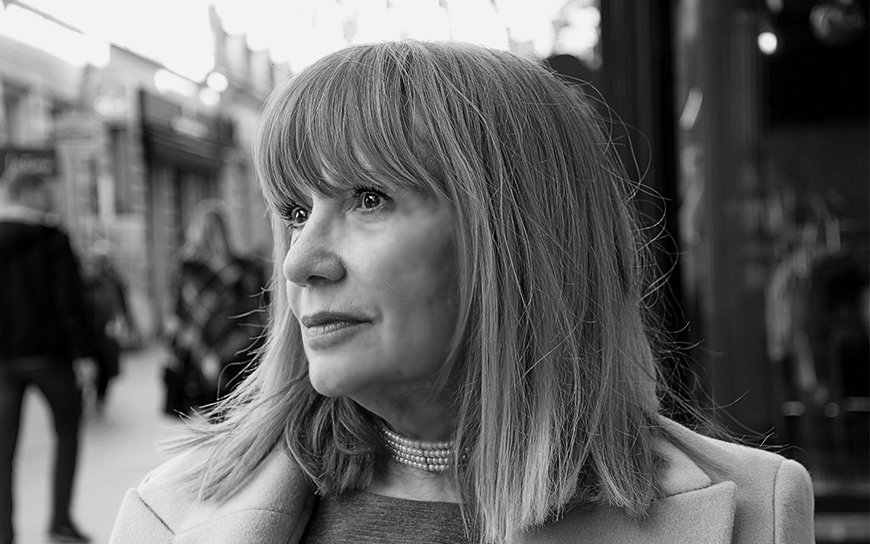 Šuhreta (Duda) Sokolović comes from a long line of journalists. An energetic woman with a head of distinctive vibrant-coloured hair, Sokolović is a well-known figure in her native Bosnia and Herzegovina. Together with her husband, a film director, she founded the first production company in the former Yugoslavia in 1989, and today this company, Mebius Film is considered one of the leading production companies in Bosnia and Herzegovina.

Throughout her career, Sokolović has had a particular interest in covering youth issues. She spent the war years of the early 1990s in Sarajevo, where she produced much footage of relevance to young people.

She was the producer of a high-profile documentary series about young people who had witnessed the murder of their parents and about how they were afraid to start relationships and fall in love just in case their lover was killed the next day. Her production company also broadcast a programme for children and youth each day of the four-year war.

Sokolović admits thought that she would never have considered herself an activist. She was just a film-maker and producer. This all changed when her company became involved with the ‘Perspective Project’ headed by her daughter, director Ada Sokolović, where she got a first-hand understanding of the issues faced by the youth in her society. She and her team travelled to five countries across the region to interview young people about the challenges they faced and the issues that worried them.

“I was struck by their extremist attitudes during these conversations. They were talking and acting like soldiers, yet they were born after the war. When I asked them about their influences, they would always mention their parents, the general narrative in society, the media, and their schooling,” she relates.

A couple of years ago, Sokolović came across a number of stories written by an academic from the University of Sarajevo’s Faculty of Philosophy, Professor Nenad Veličković, based on his doctoral thesis investigating the narrative of textbooks from 5th grade of primary school to 4th grade of secondary school in Bosnia and Herzegovina.

“I was really shocked when I read what he related, even though in this country you are often shocked,” admits Sokolović. 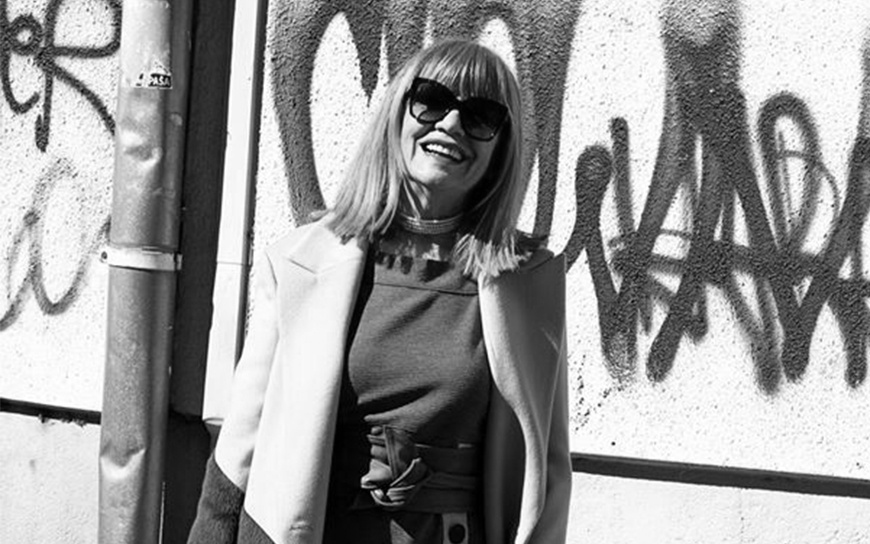 Education in Bosnia and Herzegovina: a segregated system

In some cases, children from different ethnic groups attend the same school but at different times, a system that is popularly known as ‘two schools under one roof’. This educational system was introduced as a temporary measure after the war and it has now become ‘normalised’ for the country’s citizens.

“Veličković’s research revealed the worst elements of this segregated system of education. Children are being taught to hate each other as they are using textbooks that are nationalistic and ethnically-focused. They are being schooled in a fascistic ideology that continues to create divisions and pit Croats, Bosniacs, and Serbs against each other. They are being formed as soldiers for the leading nationalist parties through their schooling. That is one of the main reasons why children leave school filled with this ideology of hatred,” she relates.

Sokolović felt that it was important to communicate the findings of Veličković’s research and to start a nationwide conversation about the state of education within the country, and the effect that this is having on the nation’s children, who as prospective voters hold the keys to future democracy in the country. As a producer, she also knew that the best medium for communicating with young people was through video.

Školokrečina: starting a conversation on the education system

“We decided to take these findings and turn them into a TV series that we called Školokrečina – or School Quagmire – and to use humor as a way of communicating this message to young people,” she explains. An EED grant covered the production of this series.

The series focused on how schools have become instruments of the various ethnical political elites, and of how the nationalistic agenda instilled in school is damaging the future health of the population and the country.

She fully expected that Školokrečina would be welcomed with open arms by the local television companies as she has cooperated closely with them over the past thirty years of her career. But when she proposed it to them, station after station turned her down. She was told that the series was ‘too disturbing’ for viewers, that it ‘mocked’ the educational system, and that it could adversely affect their potential commercial revenue. She admits that she should have anticipated such a response given the undue influence that political actors have on the media within Bosnia and Herzegovina.

Sokolović and her team decided instead to release one episode a week of the Školokrečina series on YouTube, and to combine these releases with public screenings.

The first public screening in Sarajevo of the initial 24-minute episode of the series attracted over 600 people. They included all the people Sokolović wanted to be there – youth, representatives from all levels of the educational system and the media. She recalls that after the screening, there was a vibrant discussion. At one point, the Vice-Rector of the University of Sarajevo informed her that this was a ‘brave project’ and that in their country, it is brave to speak the truth, noting that education is a particularly sensitive topic.

At the next public screening in Tuzla, the country’s third-largest city, there was a similar discussion, and two television stations contacted Sokolović afterwards to know if they could re-broadcast the series. More television stations followed. To date, the series has now been broadcast by 13 stations, including public and private operators, ensuring country-wide coverage. She relates that a number of CEOs of television stations have also sent her personalised emails pledging their support to this project and the efforts to spark a discussion on reform of the educational system.

There has also been particularly positive feedback from educators. One teacher contacted her and related how he had refused to teach the hate-based content of the official text books; he would just skip these sections. In an educational system where teachers are appointed according to ethnic criteria, he later lost his job.

However, most teachers within the educational system have typically felt disempowered and afraid to speak up about their opinions, as it is local politicians who appoint school managers and dictate the textbooks to be used in school. In the past, they have confined their criticism to whispers in the staff room. Many now admit that after the broadcasting of the Školokrečina series, they feel comfortable voicing their opinions about the vital need for reform for the first time.

The series has also led to virulent criticism within the media close to the ruling parties, which have slated it as biased and defamatory, and many media have come down hard against Sokolović, as well as the series’ author Nenad Veličković and the production team. 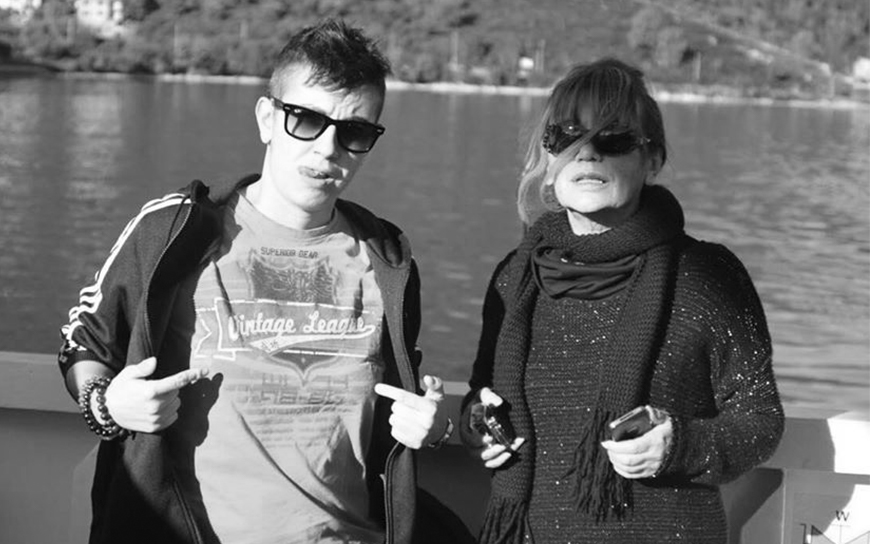 The project team realised that if the Školokrečina series was going to be truly effective, they also needed to engage with educational policy makers. In the complex devolved political system of Bosnia and Herzegovina, 25 years after the signing of the Dayton Peace Accords that ended the war, the educational system remains a key area of conflict for nationalistic entities. There are also 12 different ministers for education, and to date, none of these have attended any of the screenings or responded to the team’s communications.

With the Covid-19 pandemic, public screenings and discussions have had to be temporarily halted and Sokolović has turned their attention to organizing online events, including one panel with politicians from opposition parties who support reform of school curricula. Sokolović intends to avail of these politicians’ networks to reach out to the ministers of education.

Sokolović admits that one of the reasons she is so committed to this project is that she and her family have all made the decision to stay in Bosnia and Herzegovina rather than to emigrate like many of her fellow citizens, noting that her daughter Ada Sokolović is also the director of Školokrečina series.

She is convinced that it is vital to rebuild a narrative of a common cultural background in the country, stating that before the war the region had known centuries of cultural and religious co-existence.

“It is important that young people feel that we have a common heritage, and that in school they are taught common values and a common history. At the moment, Croats learn from Croatian textbooks, Serbs from Serbian textbooks, and Bosniaks from Bosniak textbooks. We have textbooks talking about the same event from three different perspectives. We need to have a common understanding of our history based on facts, so that young people can be informed and empowered and not be shackled by the current abuse of education for political purposes.”

Sokolović and the project team plan on making 10 further episodes of the Školokrečina series and they will continue to do public screenings and to hold discussions and to engage with the key policy makers. “For the future of our country, we cannot afford to stop talking about this topic,” she says.