A former emigrant is organising annual film festivals in her native city of Ulcinj and beyond on themes relevant to youth. Now she is spearheading the development of Montenegro’s first arthouse cinema, which will be the first such cinema in the Western Balkan region. 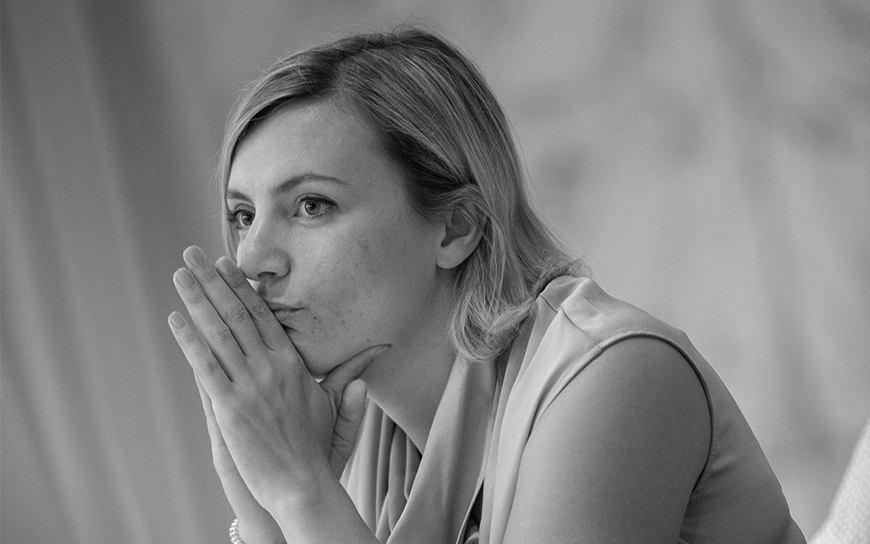 Drita Llolla is convinced that cultural development and personal and political emancipation go hand-in-hand and that film is a particularly powerful medium to build intercultural knowledge and encourage dialogue.

A native of Ulcinj, a coastal city of Montenegro, Llolla has organised annual film festivals in the city for the past five years, each focusing on a theme of relevance to the youth of her region, such as corruption, gender equality, migration, identity and in 2019, human rights and minority rights. She has also brought a pop-up version of the festival to six other municipalities, focused mainly on the north of the country.

A pharmacist by profession, Llolla was determined to contribute to her city in some way when she returned home in 2016 after a period studying and working in neighbouring Albania. An activist since her teenage years, she took part in a US State Department leadership programme at the age of 16. She admits that she has always been a bit of a film buff, although she never expected to be as deeply involved in film as she is today.

Llolla organised the first film festival in 2015, when she applied for an alumnus grant from the US Embassy in Montenegro. EED provided her with a grant in 2019 to cover part of the costs of the festival as well as the pop-up festivals across the country.

Montenegro is a multicultural country, with Montenegrins, Albanians, Serbians, Bosnians and Croats living side-by-side, and it can be challenging to organise any multilinguistic and multicultural event given the sometime complex relations between the various ethnic groups. She believes that the film festival offers an independent and depoliticised arena where such discussions can thrive among young people of all ethnicities.

A post-screening discussion follows each film and young people have a chance to speak with the film directors and discuss the themes raised. “The post-film discussions are very fulfilling experiences. They sometimes ask tough questions of the directors, which is good. They learn through this experience to criticise constructively. They talk very openly,” she notes.

She quotes one young film-goer in Berane, a majority Serb city to the north of the country, who spoke following a showing of the French-Albanian co-produced 2019 short-feature film The Van about a young man paying to leave Albania, the first Albanian film to be short-listed for the Cannes Festival.

“The film pushed us to think about and discuss things in new ways. We talked about democracy, politics, the reasons why we want to leave our country. We spoke about the role of the individual, and how the individual can change things for the better, as long as he is willing to confront challenges. It is not just about speaking about change. It is about participating in that change.” 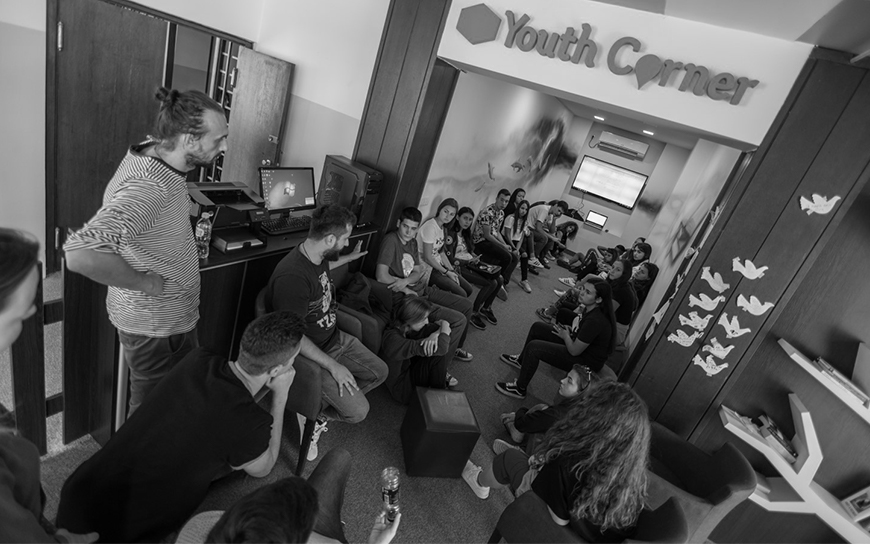 ‘You have to be creative as an activist’

It has not been plain sailing organising the film festival over the past five years. Beyond the obvious funding challenges of organising any film festival in the region, Llolla relates that she has also faced significant challenges working with local authorities.

In 2019, this lack of cooperation was particularly problematic. The festival had a programme of 50 films from around the world, and they had invited dozens of guests from throughout the region to the screenings in Ulcinj; the festival had already garnered significant media coverage. But five days before the opening night, Llolla still had not secured any physical locations for the film screenings, and she was still unsure which of the multiple political parties who make up the municipality was against it.

“I just knew that I had no written permission from the cultural section of the municipality to use any of their spaces,” she recalls. According to her, this is to do both with the political mentality and the general lack of efficiency in the local government.

As a last resort, she contacted the office of the Minister for Human and Minority Rights, who had already agreed to open the festival. She then set about collecting letters of support, including from the Ministry of Culture. She had already launched a communications campaign two weeks previously announcing all the locations, despite the ongoing stalemate, which also put pressure on the authorities.

“You have to be creative as an activist. I didn’t even think of giving up or not running the festival. Such difficulties have been the reality of the festival over the past few years. If I had stopped, nothing would have happened and the festival as well as the idea behind it would just have died,” she explains.

In the end, the festival opened as planned with a screening in front of Ulcinj’s Archaeology Museum in the city’s old town, which was attended by over 400 people. Luckily, the weather remained fair, as Llolla admits they had no Plan B. 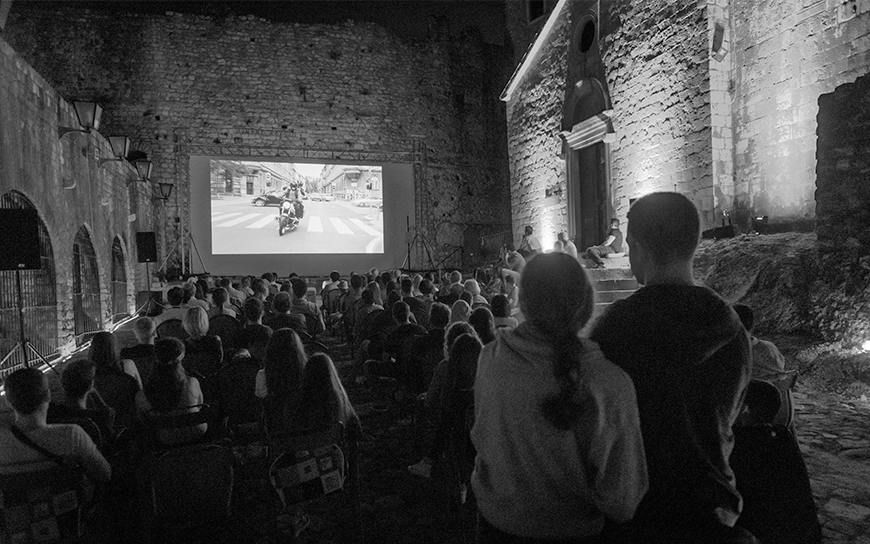 While it is stressful to organise a festival in such conditions, she sees these difficulties as evocative of the overall challenges faced in the region by young people, and particularly young women.

“I expected there would be some opposition. I’m a young woman. I’m pushy. I don’t take no for an answer. I am seen as a threat. The municipality has never had a woman-mayor or even a woman candidate for the position. Only eight of 33 municipal counsellors are women. Only five percent of local women entrepreneurs register their company in their name. The mentality here is very difficult when it comes to gender equality,” she explains.

She also admits that patriarchal attitudes imply that cultural work such as organising film festivals is often considered ‘not real work’, which makes for further barriers to her and others’ activities in this field.

There is also a large gaping chasm between the attitudes of the older generation who lead the municipal government and are in decision-making positions and the young people who take part in this project. She is very hopeful for the future. She notes how open-minded the young people she works with are, seeing them as the main driving force for the future.

She warns though that local media are increasingly promoting biased messaging that tries to set various ethnicities against each other, and that there are few physical or even online spaces where young people can be exposed to more open ideas and contexts and where, “we can nourish democracy”. This is one of the reasons why she does this work: to provide youth with an alternative. 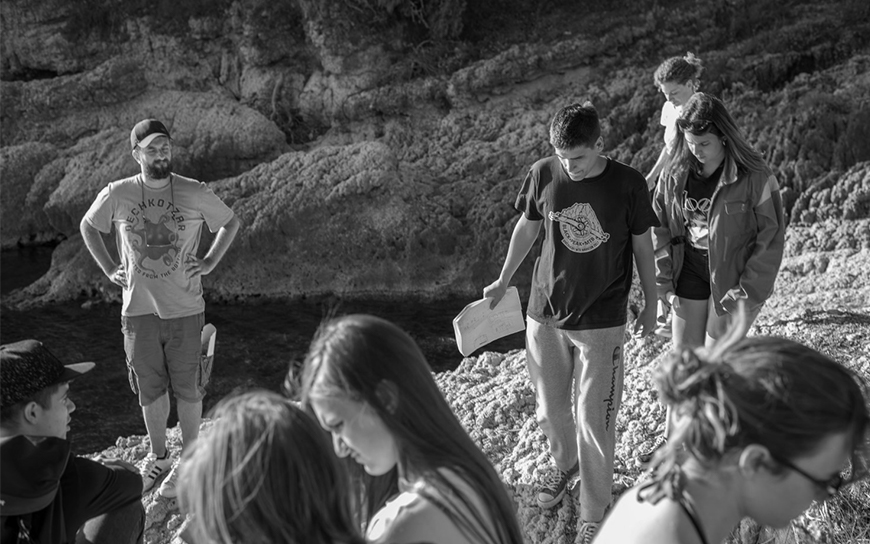 Since 2017, Lllolla has also spearheaded a project to found an Arthouse cinema in Ulcinj, setting up the first cinema in the city for over 20 years, and the first arthouse cinema in Montenegro and the wider West Balkan region. Last year, she was accepted onto the prestigious SOFA School of Film Advancement programme, which provides teaching and tailor-made coaching to a select number of cultural managers and entrepreneurs within the audio-visual world to help them realise their dream-project. One of her mentors in SOFA is Juliette Duret, head of cinema at Brussel’s Bozar.

By 15 June, Llolla expects to finalise her project plan for the Arthouse cinema and she already has a series of meetings set up with potential investors and EU funders. She is hopeful that she might soon locate a physical space for the cinema too, as the current local government seem slightly more open to the idea.She believes that the project is important for the integration of Albanian youth of the city into the overall cultural and social life of Montenegro, and it is a way of further promoting intercultural dialogue and exchange that is an important example for the rest of the Western Balkan region.

Lllolla is now planning the 2020 Film Festival, which she expects will be held partly online this year due to the Covid-19 crisis. While she admits that the festival will not be the same as live, it also has the potential to attract a bigger audience. She is currently exploring e-platforms to host the festival, and she intends to also continue to use these as a soft-launch for the Arthouse cinema project.

She hopes to develop a collaborative relationship with the Ministry of Culture, so that the ministry will officially recognise the value of the festival and will help secure governmental support. Given the festival’s emphasis on co-productions from countries across the region and the world, she considers that it has particular value in Montenegro as a multi-cultural country. She is also keen to include a sustainability concept in the festival, maybe reflected in the energy used to show films.

Llolla is convinced that cultural projects such as the film festival and the arthouse cinema are important for Montenegro, a country that professes allegiance to the European Union, yet where many people have little real understanding of EU values. She considers that work at a local level such as the cultural projects she leads is key, as that way local populations can gain a better understanding of Western values and they can come to embrace them.