Creating a space in Yerevan where activists, scholars and artists can come together

A young woman is at the centre of an initiative to open a hub where women, queer and trans people can be free and imagine their own realities. This is a difficult cause in Armenia, where a heteronormative discourse dominates. Recently, FemHouse was forced to move for the third time in its short existence. 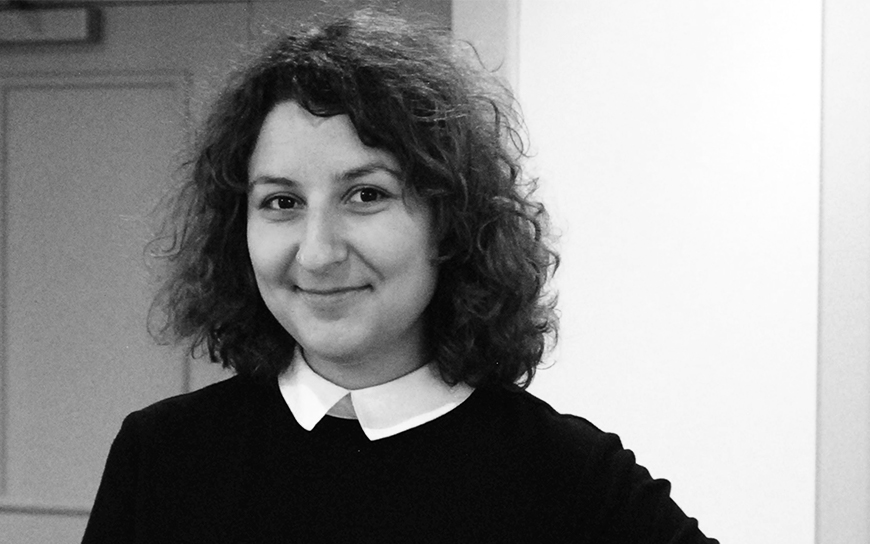 Anna Nikoghosyan, the co-founder of Yerevan-based FemHouse, has long been engaged in feminist and queer movements. But it was her experience studying at the University of Manchester for a Master’s degree in Gender, Sexuality and Culture - as a recipient of the prestigious FCO-funded Chevening Scholarship - that convinced her that she had to bring this learning home to Armenia.

“I felt so privileged to be studying a subject that is so close to my heart and to take part in such vital academic conversations. But I was sad too that these conversations were rare in my country. When I visited libraries in Manchester, I was struck that there were hundreds of important books on feminism and on queer studies, and I decided I needed to find a way to bring this learning and these books back home,” she says.

Nikoghosyan approached one of her professors and asked if she could help. Her professor immediately agreed to donate two-suitcases-worth of books, and with savings from her scholarship, Nikoghasyan bought as many more again. “As soon as I handed in my Master’s thesis, I took the plane home with all my suitcases of books. I paid all the excess luggage with more of my savings. I hardly brought any personal items back with me,” she recalls.

From an apartment library to a women centre

The first FemLibrary was established in a spare room of Nikoghosyan’s Yerevan apartment. She soon set about expanding the range of books, running a crowdfunding campaign to raise more funds, a campaign that turned out to be way more successful than she had ever imagined. “Soon we were receiving books and letters of support from all over the world,” she relates. Today the library has expanded to over 800 books and 600 journals on feminism and queer studies and it also has an extensive electronic archive.

Nikoghosyan describes the subsequent establishment of FemHouse in 2018, the successor of FemLibrary, as organic. During discussions with a friend and fellow feminist activist and artist, Arpi Balyan, the latter described her vision of an artistic space, and the two women decided to unite their efforts to found this feminist community centre. A third activist, Armine Karapetyan, later became involved.

“Our dream was to create a space where activists, scholars and artists could come together to re-imagine feminist realities and futures. We wanted to create a co-working space where new ideas can be born and where we could provide resources that individuals and groups could use in their activism and their artistic work. Our vision is to become emancipated from the oppressive, heteronormative structures of our society and to reimagine a world where women, queer and trans people can be free and can imagine their own realities on their own terms,” she says. 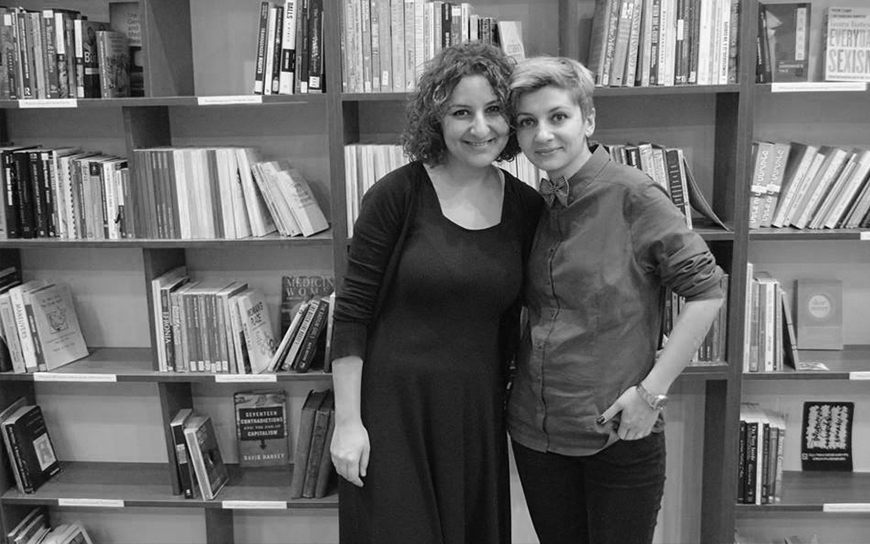 A feminist hub in a patriarchal country

It proved difficult at first to secure funding for FemHouse. The initiative was seen as too academic by funders, and too un-tested by others. Many were put off by its emphasis on feminism and queer theories and rights, dangerous topics in Armenia, which remains a highly patriarchal and traditional society. Human rights defenders focusing on such issues face regular intimidation by far-right groups. This is a situation that has now worsened after the 2018 Velvet Revolution, as opponents seek to discredit the current government under Prime Minister Nikol Pashinyan for its more tolerant views.

Nikoghosyan is at pains to note that while some women are highly successful in today’s Armenia, this does not reflect the reality of a society where women are constantly discriminated against in all areas of life, including the political, economic, social and cultural domains, and are more often than not confined to traditional family roles. The situation is much worse for queer people, who face high levels of discrimination in all areas of life, with homophobic and transphobic attitudes widespread in the country. She notes that the media encourage such hetero-normative views, with a constant barrage of satirical humour about ‘anyone who is different’ in local programming.

Acts of intimidation and forced evictions

FemHouse has suffered the effects of this intimidation many times during the collective’s short existence. At the end of 2019, they were forced to move for the third time following evictions from their two previous homes.

Nikoghosyan describes the experience of being evicted from their first space, a detached house in the university district of the city, as traumatic. “Just before we were evicted, a group of our queer friends were beaten up with stones in a local village. It was a horrible experience for us all; afterwards, we got together in our library to see how we could help them and each other. Our neighbours recognized one of our friends who had been subjected to brutal violence in that village, contacted our landlord and told him that we were organising homosexual gatherings. We were immediately evicted,” she says.

When they renovated their second space, the same thing happened again; but this time the police were alerted about their activities.
With EED support, FemHouse have now moved to a third new premises, and they are hopeful that this time they can stay put, at least for a while. They have also raised over €12,000 from another crowd-funding campaign as part of a more long-term project to buy their own place. Nikoghosyan relates that they were planning a major fundraising campaign this spring, but that was postponed due to the coronavirus outbreak. 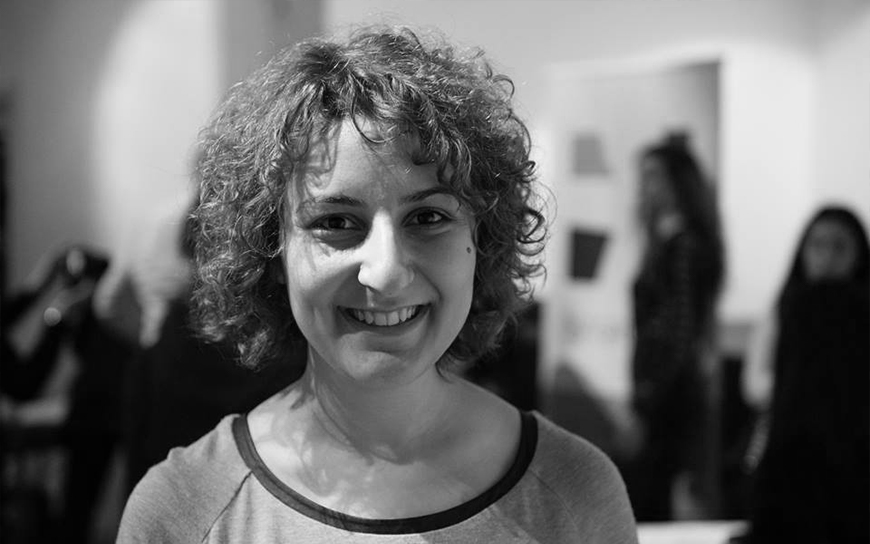 She explains that the situation for many members of FemHouse’s community is particularly difficult now, as Armenia is experiencing a similar lockdown to all other countries throughout the world. These days her collective is emphasising the provision of psychological support to its members.

“Our queer members can avail of online psychological support sessions. It is important to remember that we are a very fragile community, who already have many mental health and personal issues. Things were never ‘normal’ for us, and levels of homophobia and misogyny are much worse today than they were before the revolution. The situation has just worsened furhter during the Covid-19 lockdown. Stress levels are sky-high now among the queer community as they are cut off from each other and from our collective. I wish we could do much more,” she explains. She is relieved that her members can count on emergency support packages from other groups such as Pink Armenia.

The collective is also running online book clubs, with one focusing on English language feminist texts, and another reviewing Armenian-language works. FemHouse make constant efforts to translate key articles and book reviews on relevant volumes into Armenian for their constituents.

Nikoghosyan is hopeful that FemHouse can re-open their centre soon. They were hoping to organise a week-long festival this summer devoted to issues of sexuality and queerness, and to re-open their community kitchen that is funded by donations.

“We need to keep the collective spirit of our group alive. We want to keep on encouraging political discussions, and to provide a space where people can discuss the things that matter to them, where they can be themselves, express themselves, become educated, motivated, and empowered.”