A young woman, and returning émigré, has founded an initiative focused on encouraging citizen participation, dialogue and the normalisation of relations within Kosovo, and dealing with the past. The initiative runs a number of e-platforms in the north of Kosovo providing locals with information on municipality services. 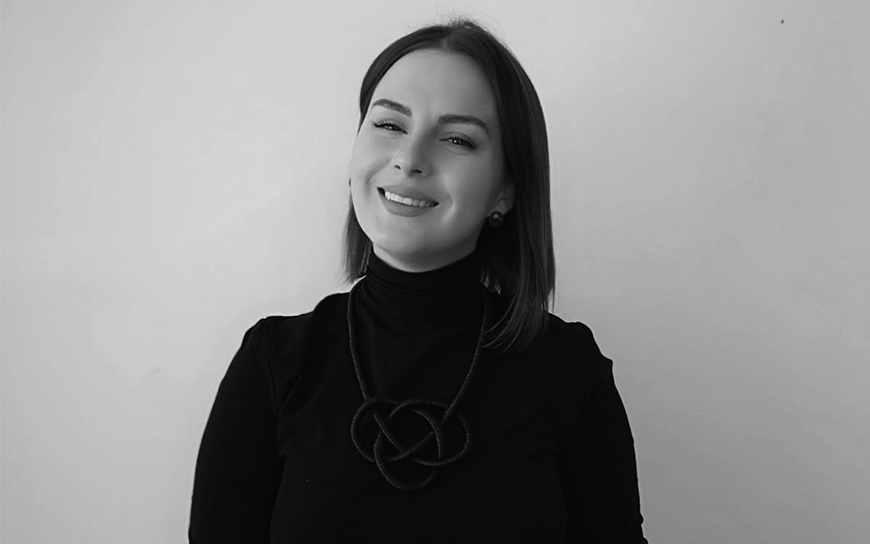 Jovana Radosavljević grew up in Leposavić, one of the four Serb-majority municipalities in the north of Kosovo.* She was just ten years old when the 1999 conflict started – too young, she says, to really comprehend what was going on.

She was, however, lucky compared to many of her peers – set in the mountains in the northernmost tip of Kosovo, Leposavić was somewhat on the periphery of the conflict. Things did change, however, and the tensions and international presence in the years afterwards were deeply felt.

While still at school, Radosavljević first got involved in civil society initiatives, working with youth organisations in Leposavić.

From crossing oceans to crossing bridges

A life-changing experience came when she had theopportunity to finish her last two high school years in the US – at a Quaker boarding school in Ohio. “Until then I had been in a mono-ethnic, one narrative environment where you weren’t allowed to challenge anything,” she explains. “In Ohio it was the complete opposite and I really opened up.”

There followed undergraduate studies in political sciences in the vibrant Serbian capital of Belgrade. “But even then, I knew I had to come back,” she says.

During the 2013 and 2014 elections in Kosovo she worked for the EU election observation missions – first as an interpreter in the divided city of Mitrovica (which is Serb-majority in the north, Albanian-majority in the south, and where many ethnically-related tensions and incidents have occurred) for landmark municipal elections and then for the legislative elections, assisting the mission’s political analyst in Pristina.

Despite having crossed the Atlantic several times, it was the first time since the conflict that she had set foot in Kosovo’s capital – less than an hour’s drive from Mitrovica.

After winning a place on a US-funded study programme, she completed a Master’s degree in conflict resolution and international development in Denver, Colorado. By this point, despite the comfort of life in the US where, “it was very easy to get used to living in a system that functions,” she was clear that her future was back home. “I knew most about Kosovo, I could give the most here,” she explains.

On her return from the US, Radosavljević co-founded the New Social Initiative (NSI) – a think tank that works on policy but also does direct community work and that aims to fill a gap in Kosovo-Serb civil society, which she felt had suffered from a lack of innovation and had somewhat stagnated in the two decades since the conflict.

What her co-founders all had in common was experience abroad, and the desire to embed Western democratic values into their community. Ironically, says Jovana, it is often those with experience abroad who are willing to come back, whereas many young educated Kosovo-Serbs leave for jobs in Belgrade or elsewhere.

NSI focuses on three main areas – citizen participation, dialogue and normalisation of relations, and dealing with the past; the last is of particular importance to Radosavljević, as she is a member of the Preparatory Team for the Truth and Reconciliation Commission.

“We don’t want to expand too much beyond these areas,” she says, explaining that far too often civil society organisations in Kosovo adapt to donors’ preferences instead of setting the agenda themselves. EED has been helping NSI establish itself as a confident and professional organisation, providing core funding to strengthen the organisation, establish an office and develop human resources, including training in both Albanian and English languages.

Currently NSI is running five online platforms – one in each of the four northern municipalities, as well as a Kosovo-wide trust-building forum, launched in partnership with the UN mission in Kosovo.

The e-municipalities’ platforms bridge an information gap, given that the municipalities are not yet fully integrated into the Kosovo system, often leaving people without information on public services. They also provide a 48-hour response service where citizens can report problems via the website and NSI liaises with the local authorities.

It is an interim solution, but it has found goodwill among the municipalities who plan to integrate the NSI solution when their own official webpages are fully functional.

One of NSI’s areas of work that Jovana says is closest to her heart is a series of closed forums launched following a controversial football game in 2018 between Serbia and Switzerland, whose national team includes a large number of players of Kosovo-Albanian origin. After scoring the winning goal, a player on the Swiss team made the sign of the Albanian eagle with his hands, which caused strong emotional reactions in both ethnic groups.

The discussion organised by NSI brought together leading journalists, opinion makers and civil society figures from both sides in Mitrovica to discuss their different feelings and reactions following the incident.

“This was the kind of thing we used to do all the time in my Quaker boarding school,” laughs Jovana. And it is a format that seems to be working well – NSI have since organised several other such discussions, including on the recent government crisis and on the Covid-19 response.

The last four years have been a steep learning curve, but Radosavljević says positive changes can be seen in Kosovo. Her work now takes her not only to Pristina, but all over Kosovo – a huge change from the early post-conflict years. “It can feel as though history is happening right in front of you,” she says. “As long as I have the drive, this is the place to be.”

*All references to Kosovo in this report should be understood without prejudice to positions on status, and in line with United Nations Security
Council resolution 1244/1999 and the ICJ Opinion on the Kosovo declaration of independence.