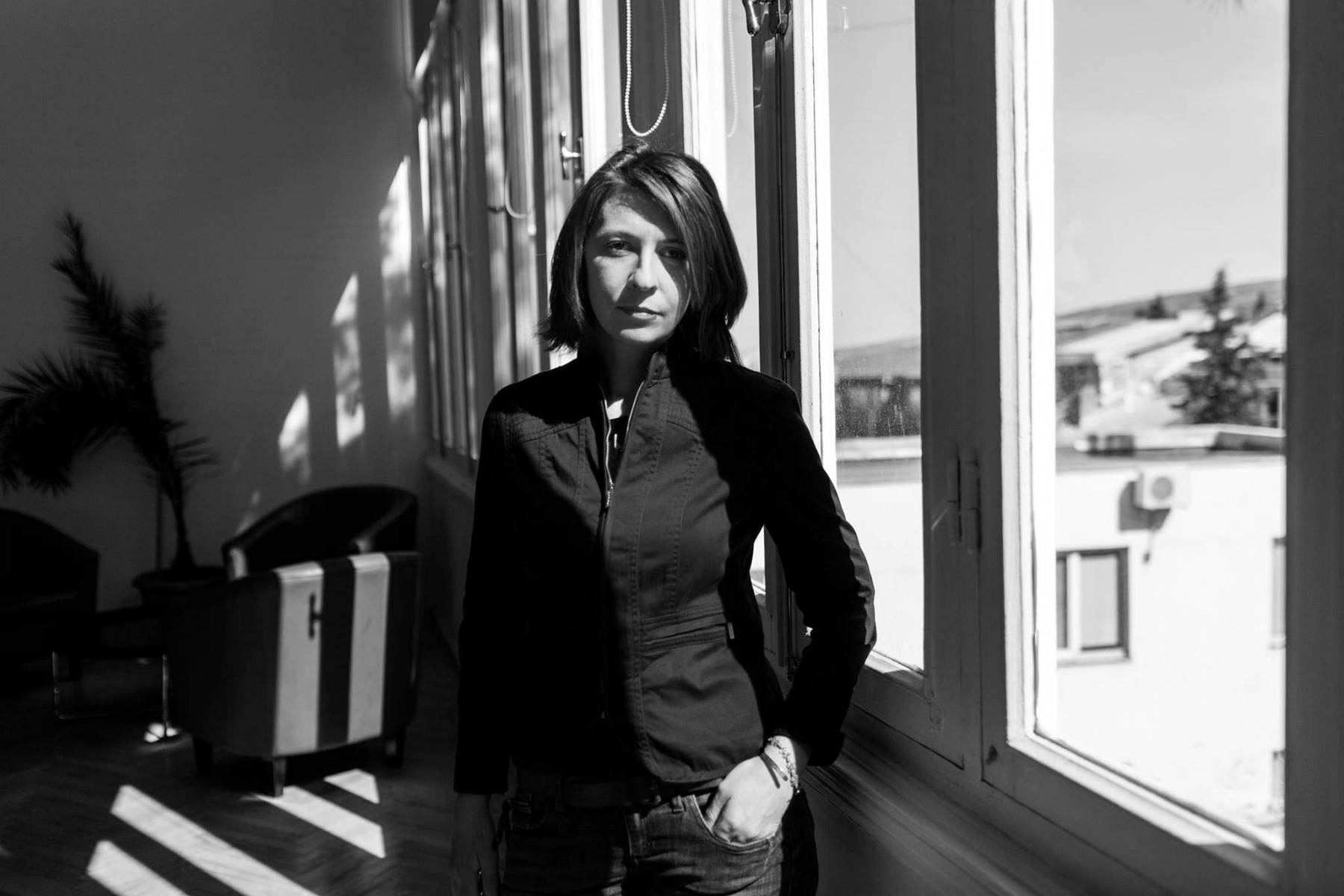 I am not going to claim that we can change the culture of how the crises are covered, but we can set an example by doing it differently with more context and more depth.

We talk to Natalia Antelava, Co-founder and Editor-in-Chief of Coda Story, on a cold winter morning in Warsaw, while she is still recovering from the shock of winning the Du Pont Award, the Pulitzer of modern broadcasting, followed by a sleepless night filled with congratulatory calls and incoming press releases.

“I still can’t get my head around the fact that we won it!” she laughs.

Knowing that Coda was launched only in 2016 with three people on board, barely any money, an ongoing crowdfunding campaign and the first pilot in the making, makes the achievement even more remarkable.

“We were working for free, it was all a bit of an experiment and here we are - getting this massive validation for our model, concept and editorial vision.”

Award-winning journalist Antelava is originally from Tbilisi, Georgia. She is a former foreign correspondent for BBC News in the Caucasus, central Asia and the Middle East. She now leads the editorial team of Coda, which provides in-depth, multimedia and often experimental reporting about issues affecting lives in the former Soviet Union and Europe.

Coda Story was borne out of an idea to create a media platform connecting all the dots behind contemporary crises.

“The model is in fact very simple,” Antelava explains. “We take a story, put a team of journalists on it and cover it through very different angles. We gather all the pieces of puzzle that fit together to create a bigger picture of the issue we are investigating.”

“Our first pilot is looking at Kremlin war on gays trying to understand the reason that’s behind this crusade against homosexuality happening all of a sudden. We are trying to highlight not only on the human side of it, which is obviously very important, but also the reasons why. As in, why suddenly gays?”

From warzones to revisiting crises

Rooted in Antelava’s experience as a war correspondent, Coda Story is everything but a news outlet. Coda’s Co-founder points out how journalists often miss the context in their chase of breaking news, hastily moving from one article to the next.

She recalls one particular moment which made her think there must be another way of doing journalism. It was year 2013 and she was covering the uprising in Yemen for the BBC.

“It was an amazing story that got loads of attention and then suddenly I had to go. I remember sitting at the airport and realising very clearly that I would leave and that would be it, Yemen would disappear from the headlines. I knew the story wasn’t over, in fact it was only just beginning. But we wouldn’t be there to cover it.”

This event sparked a conversation with a group of people to look at challenging the disposable nature of media and traditional journalism: “That’s what we wanted to change, to create a platform that’s not just a bottomless pit of updates, but a logical thread of carefully selected stories, contributing to a bigger picture.”

An opportunity to turn the ideas into action came up with a 2014 start-up competition in Barcelona. With a little help of a design company who had agreed to do the outlet’s mock-up for free, Coda Story won the first prize.

Two years later, the team behind Coda took a decision to quit their daily jobs and head into uncharted waters, launching a fully-fledged product.

Through a different angle

Unlike traditional media outlets, Coda's journalists stay focused on a specific story in order to put "individual stories in the context of larger events”. Coda has covered three themes thus far; the migrant crisis in Europe, LGBTQ crisis and disinformation campaigns across Eurasia.

Support from EED, through its Creative Content Fund, is helping to develop a Russian-language Coda Story website, Codaru.com, in addition to the existing English outlet. The website has just recently been blocked by the Kremlin, part of a wider campaign targeting the independent media in Russia. However, they continue to keep publishing on social platforms.

By producing high-quality storytelling, showcasing stories through a different angle and employing a range of different multimedia tools, the editors seek to appeal to a wider audience, and ultimately become “the place” to come to understand a particular issue or crisis.

And up to now, it seems to be working. Reaching as far as being a source for the popular American John Oliver show, Antelava and Greenberg, Coda Founders, still continue to ask themselves, “What are we doing? We could have normal jobs, earn normal money…”

At the same time, they are extremely proud of their brainchild. And the feedback received so far from the broadcasting world is overwhelmingly positive which, for the team, validates the model they have created.

“Our mission is to illuminate big crises and put stories in context. To create in-depth ongoing coverage of both the big issues and under-reported, but highly important, topics. You can call it an eye-opener, but I think all good journalism should be eye-opening.”