Using literature to break down barriers between Turkish and Armenian communities

The world’s only bilingual Armenian-Turkish publishing house is trying to introduce Armenian literature, history and culture to a Turkish audience while also providing children of both communities a common literary experience. 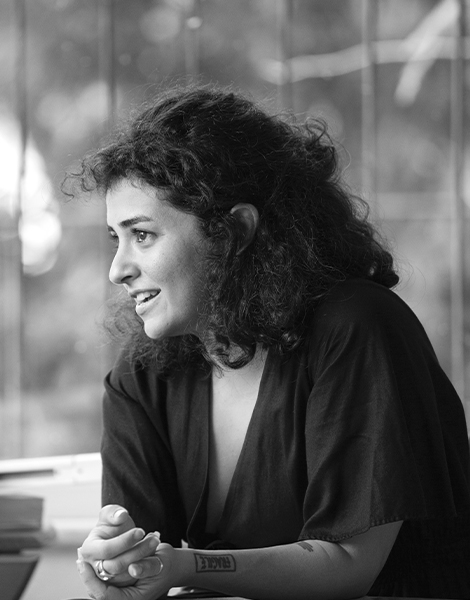 Literary editor Lora Sarı barely remembers any story books that she read as a child in her native Armenian language. It’s surprising for someone so passionate about literature, until she explains why: “There were basically only texts books with really short, didactic stories and no illustrations available.”

The situation is scarcely better today. “There is a real gap for Armenian-language kids’ books,” she says. Istanbul-based Armenian publishing house Aras, where Sarı works, has an idea that it hopes will not only fill this need, but also create a shared childhood experience for children from the Turkish and Armenian communities.

Hippo – children’s books with a difference

Aras has recently launched Hippo, a children’s book imprint that publishes high-quality, illustrated children’s books in both Turkish and Armenian editions. Hippo books are also designed to fight stereotypes and tackle social issues such as gender and minority rights.

For example, the first Hippo book, Jill and the Dragon, translated from the original English, features a female protagonist with modern ideas - not only about her own role but about traditional children’s storytelling.

The launch of Hippo is part of a wider strategy to transform Aras. Despite its 25-year history, and being the only bilingual Turkish-Armenian publishing house in the world, Aras has never been profitable. While Aras aims to bring Armenian culture, history and literature to a wider audience and to breakdown cultural barriers through its Turkish translations, Sarı admits that the audience in Turkey for their books is limited.

One of their most successful books is Sofranız Şen Olsun, which tells the history of a Thracian family who moved to Istanbul, through family recipes. Inspired by this, a more recent cookbook by Armenian writer Silva Özyerl tells the author’s family history in Diyarbakir in Eastern Turkey. In the years since the genocide, Diyarbakir’s surviving Armenian population has all but disappeared.

Another attempt to break down stereotypes comes through a translation of the travel notes of three well-known Russian writers, Vasili Grossman, Andrei Bitov and Osip Mandestam, who travelled to Armenia during Soviet times. The idea is that seeing Armenian culture through another outsider’s eyes might encourage Turkish people to see Armenians in a different light too.

In addition to culture, Aras’ catalogue also includes more political books, including on the Armenian genocide, which Sarı sees as important in breaking taboos and promoting free expression. “Until the late 2000s it was difficult to talk about the genocide openly but after [prominent Armenian journalist and intellectual] Hrant Dink’s murder, we started talking more openly about the past,” she says. They have even published graphic novels about the genocide, translated from French, as a way of engaging different audiences on this subject.

However, such topics are still controversial in much of Turkish society, especially in the current political climate. One of Aras’ shareholders, Osman Kavala, has been in prison for the past two years on what Sarı says are politically motivated charges, adding to the pressures on Aras’ finances. She believes that the current political atmosphere, with nationalism on the rise, is the greatest challenge that Aras faces in reaching a wider audience.

Sarı hopes that Hippo will be able to transform the fortunes of Aras, particularly if they manage to break into the lucrative market of school booklists. EED has provided a grant to Aras to support core costs while the publisher develops the Hippo imprint.

“We are planning to publish seven books by November and participate in the Istanbul book fair. We have already participated in the Diyarbakir book fair, which was really successful for us.” Sarı is confident that their selection of beautifully illustrated books with original, contemporary stories is providing something that is currently absent from the offer of Turkish-language children’s books as well. If sales prove successful, Aras plans to release a new book per month.

The team at Aras also has big plans for its new offices, the result of a local fund-raising drive, as they move upstairs from their current offices in the basement to a bright open space with a view of the Bosphorus. They plan to host events in the premises, such a book launches and discussions, turning the publishing house into a cultural hub.

Sarı proudly shows off the second finished children’s book – Happiness is a Fox – a story from Lithuania about friendship, dreams and happiness. As Aras takes a leap into this new and ambitious venture, perhaps, for Aras, happiness will in fact turn out to be a Hippo.

Disclaimer: This article reflects the views of the grantee(s) featured and does not necessarily represent official opinion of the European Endowment for Democracy (EED)
.