Rebel with A Cause 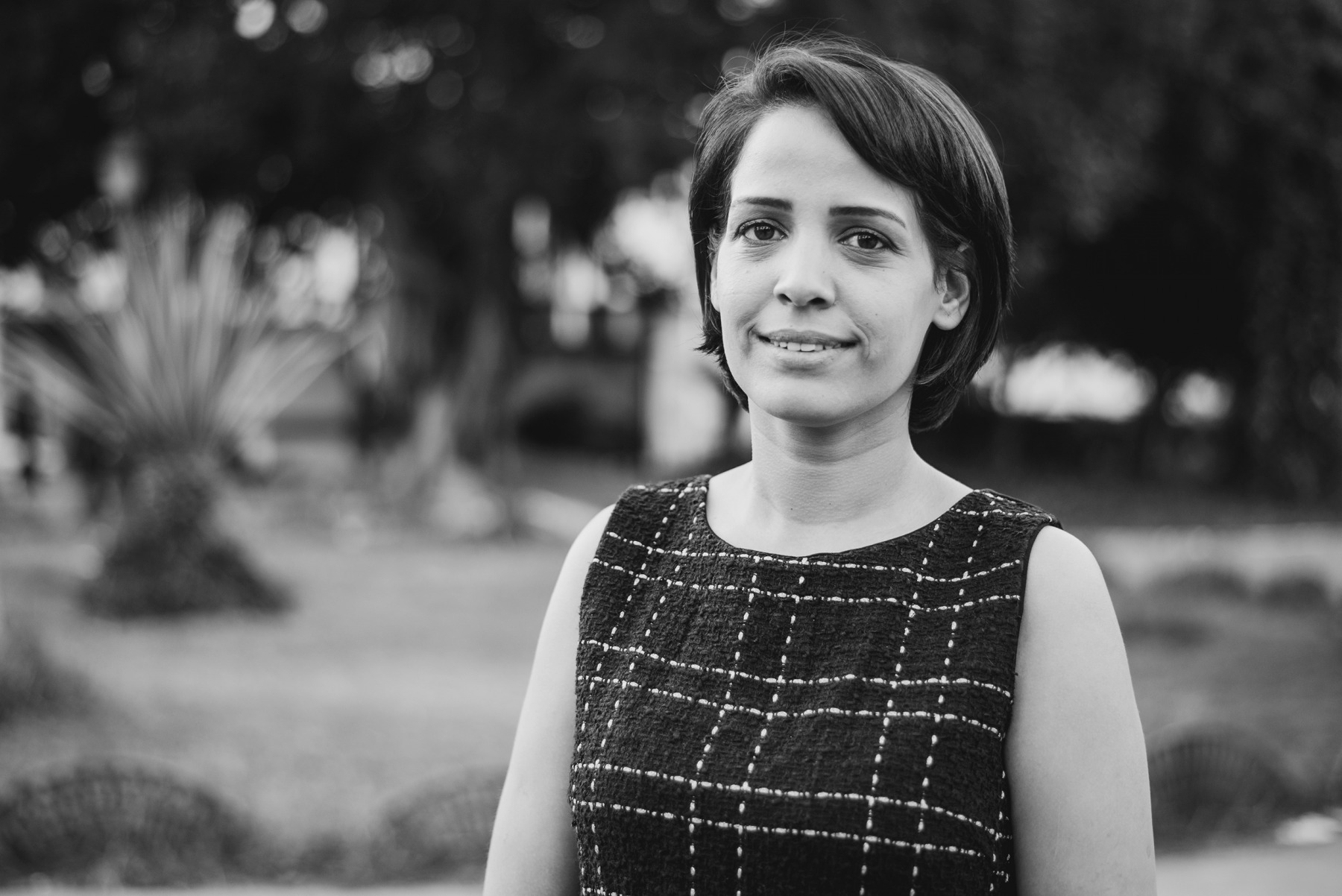 Raised in a conservative and traditional family, supportive of the Ben Ali regime, Zyna Mejri had an unlikely background to become one of Tunisia’s most prominent youth activists.

Her first taste of speaking out for civil rights came when she launched a blog in 2009, under a title that translates from Arabic as “my word is free”. In it, she wrote about university life, as well as criticism of the Ben Ali regime.

“I had wanted to study journalism but my mum was afraid for me,” explains Mejri. “Instead I studied video-game development.” However, this subject bored her and by 2011 she had met a group of people interested in discussing issues like corruption and democracy and become involved in pro-democracy protests.

To the consternation of her mother, she began encouraging the protests from her blog. With her activism taking an ever more prominent place in her life, she started going back home late, eventually moving out of the family home to live alone – something of a taboo for a single young woman – selling second-hand clothes and working in cafés to pay her rent.

“I used to be the perfect daughter,” says Mejri about her life before activism. She acknowledges that the rupture with her family, especially with her mother, was the hardest thing. “When I saw how other people’s families supported them, it was depressing. I was the only one who came from a regime-supporting family. However, I think if you respect yourself, other people will eventually respect and support you.”

From protests to NGOs

In 2013, her blog was named third in the Arab Institute for Human Rights’ awards for best Arab blogs on human rights, for two stories, one about child marriage and another a frank account of her experience of sexual harassment at the hands of a university professor.

Together with her new network of friends, she worked with I-Watch, a youth NGO involved in monitoring the rights gained during the revolution. In 2016 she was named one of the most influential young women in Africa in the Africa Youth Awards, and in 2018 was nominated for the advocate of the year award by the same organisation.

In January 2017, she was asked to head another youth organisation – Youth Can. Youth Can had begun as a movement 2013 during the national dialogue that emerged following a political crisis. “It started as a hashtag,” Mejri explains. A young person published his CV on social media with the hashtag #youthcan offering to volunteer for the new government. Other people followed his example, posting their own CVs with the hashtag, to put pressure on the prime minister to ensure youth participation in the government.

Having transformed from an online movement into a full-fledged organisation, Youth Can is now concentrating on harnessing young people’s enthusiasm into more concrete activities.

Part of that approach involves having long-term planning. Mejri has helped develop a new strategic plan for Youth Can, focusing on the participation of youth in politics – both as voters and candidates – as well as in election monitoring and social movements. As President of Youth Can, she has also become Vice Chair of the African Movement for Democracy, a network of young activists on the continent.

EED is supporting Youth Can as it builds its internal organisation and improves the skills of its staff. During this time, its actions are zero budget. Once they have a proven track record of managing projects, Mejri hopes to apply for funds from other donors.

One of the zero budget activities launched by Youth Can are free “political cafés” – informal debates bringing politicians and other public figures to speak in rural areas. The idea of the political cafés is that they can be organised locally, in neglected areas, without a centralised approach.

Youth Can is developing e-learning tools on how to organise an event in a rural area. They will launch a call for volunteers, who after completing the online training will be able to access the Youth Can website and tools, with Youth Can assisting in organising the first three political cafés. Afterwards, the volunteers will be able to organise Youth Can events on their own – “like TEDx events,” explains Mejri. The overall aim of Youth Can is to create a new generation of leaders.

Young people now don’t remember the dictatorship – they grew up in the emergence of democracy, they have motivation already, they are more sure of their rights,

says Mejri. “It was harder for us to realise we could speak out.” As a sign of the changing times, Mejri has found a supporter even in her mother, who is now reconciled with her daughter’s work and even comes to protests with her. Mejri has not abandoned her dreams of journalism either – among other things, she also works for an international NGO supporting media outlets and journalists around the globe and still hopes to become a foreign correspondent in a conflict zone one day. Something else, one suspects, her mother would not entirely approve of.