A young entrepreneur and IT expert is fighting fake news in Moldova through innovative digital products designed for sharing on popular social media channels. 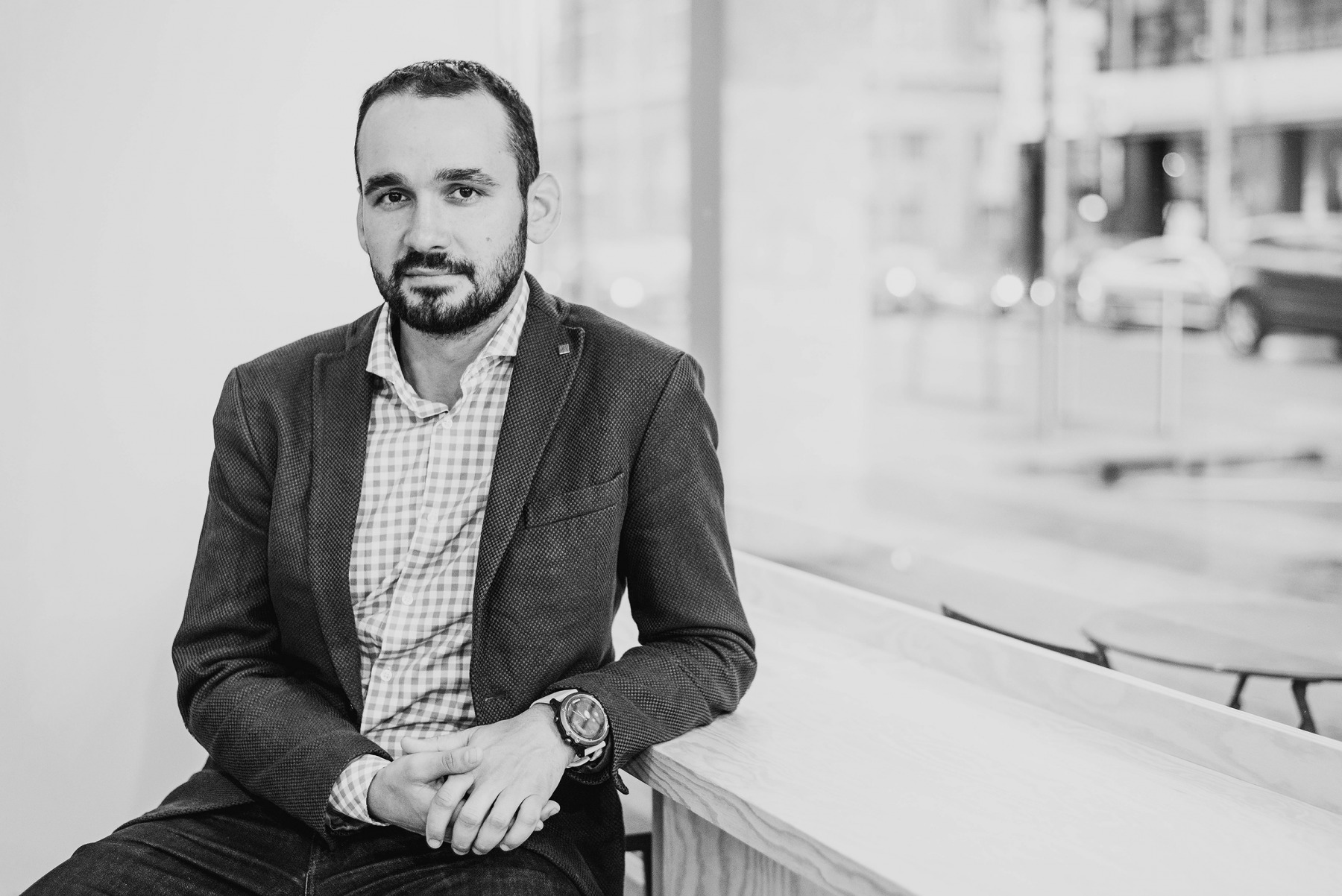 The media in Moldova is experiencing something of a crisis. Fake news and disinformation are rife, many influential media outlets are firmly in political hands, and independent media are struggling to survive financially. Entrepreneur Artur Gurau is trying to change this narrative with a new form of digital media.

Thirty-three years old, he was born in Chisinau on the same day, he tells me, that Queen performed Bohemian Rhapsody at Live Aid. The significance of this detail escapes me at first, but as this entrepreneur takes me through his experiences I begin to see why he likes the association with an experimental and cutting-edge rock performance.

Artur’s father was an influential businessman who started a newspaper in 1998, and first sparked Artur’s interest in media. When he was just 15, he volunteered for the Centre for Journalism in Chisinau, and quickly become a voracious consumer of international media. There he wrote his first pieces of news, and at 16, made his first attempts at blogging. At age of 18 he first participated in political protests, covering his experiences in a blog post.

As well as a passion for media, he has always been interested in technology and entrepreneurship, and studied design and web programming.

In 2003 he won the Webtop prize for best website created by a student, and in 2008 was awarded blogger of the year. Following his online success, he was offered jobs in web programming. “But I didn’t want to be stuck in front of a screen, I wanted to work with people.”

He put blogging aside and started working for a media agency. There he saw how advertising budgets were being spent mainly on television. With his understanding of the growing importance of the online world, he lobbied for clients to go digital, eventually setting up a digital communications agency and conducting its first social media campaigns. Later he founded the RockIT Academy – the idea being to “rock” with IT – which organises training in critical digital skills.

For entrepreneurs, the sky’s the limit

After participating in an international exchange on countering disinformation, in 2015 Artur and fellow participants set up the Digital Communications Network, a global not-for-profit association that connects professionals from different backgrounds around digital communication and aims to increase the prominence of moderate and rational voices in societies in transition.

Most of the people in the exchange were journalists, some from NGOs. Only two of us were entrepreneurs. I told them they needed to solve issues like entrepreneurs.

He explains his thought process: first identify the problem (fake social media accounts and fake news), then the current trends (people’s short attention span and the widespread use of mobile phones), and come up with a solution: informing people through tools like Snapchat, in a quick way that doesn’t require high media literacy.

The result is Kometa, Artur’s latest venture, so called because it is dynamic like a comet. It that produces short videos on political and social issues, including international news, technology, and human rights. A grant from EED is supporting Kometa as it builds its brand and develops a funding model. “It can’t be self-sustaining if traditional, relying on grants and advertising,” says Artur. “However, trust comes over time, and through critical times.”

Kometa, he explains, is addressed to people who consume news accidentally: “News finds the people not the other way around.” The content Kometa creates is distributed to relevant online communities according to topic. They also ask Moldovan online influencers to share Kometa’s videos and use Facebook and Instagram advertising to reach specific audiences, taking their products directly to consumers. “Journalism is not enough,” says Artur, explaining that they need to find ways to have the biggest impact, adjusting to the new realities.

Although Kometa has strict guidelines to maintain its impartiality, the outlet has attracted attention from the authorities. Artur recounts how their accounts were frozen during a routine fiscal inspection. Some accounting errors were identified and used, he says, as the pretext for freezing the accounts. He is in no doubt that this was intended as a warning. “I understood if they want to find something they will - that’s when I took the strategic decision to move my business out of Moldova, and my most important contracts with clients to Estonia or to other companies.

The EED grant is also helping Kometa to reform its business and operational model based on social entrepreneurship principles, which will increase its resilience towards potential political pressure.

In future, Kometa plans to expand into Russian-language content, although Artur admits that finding Russian-speaking journalists willing to collaborate is challenging. In the meantime, with an audience comparable in size to TV viewing figures, Kometa represents a new light in the Romanian-language media landscape.