Building a network of trust in Eastern Ukraine

A young Ukrainian woman is helping to build a powerful network of NGOs active at the Ukrainian frontline, with a particular focus on involving local youth. 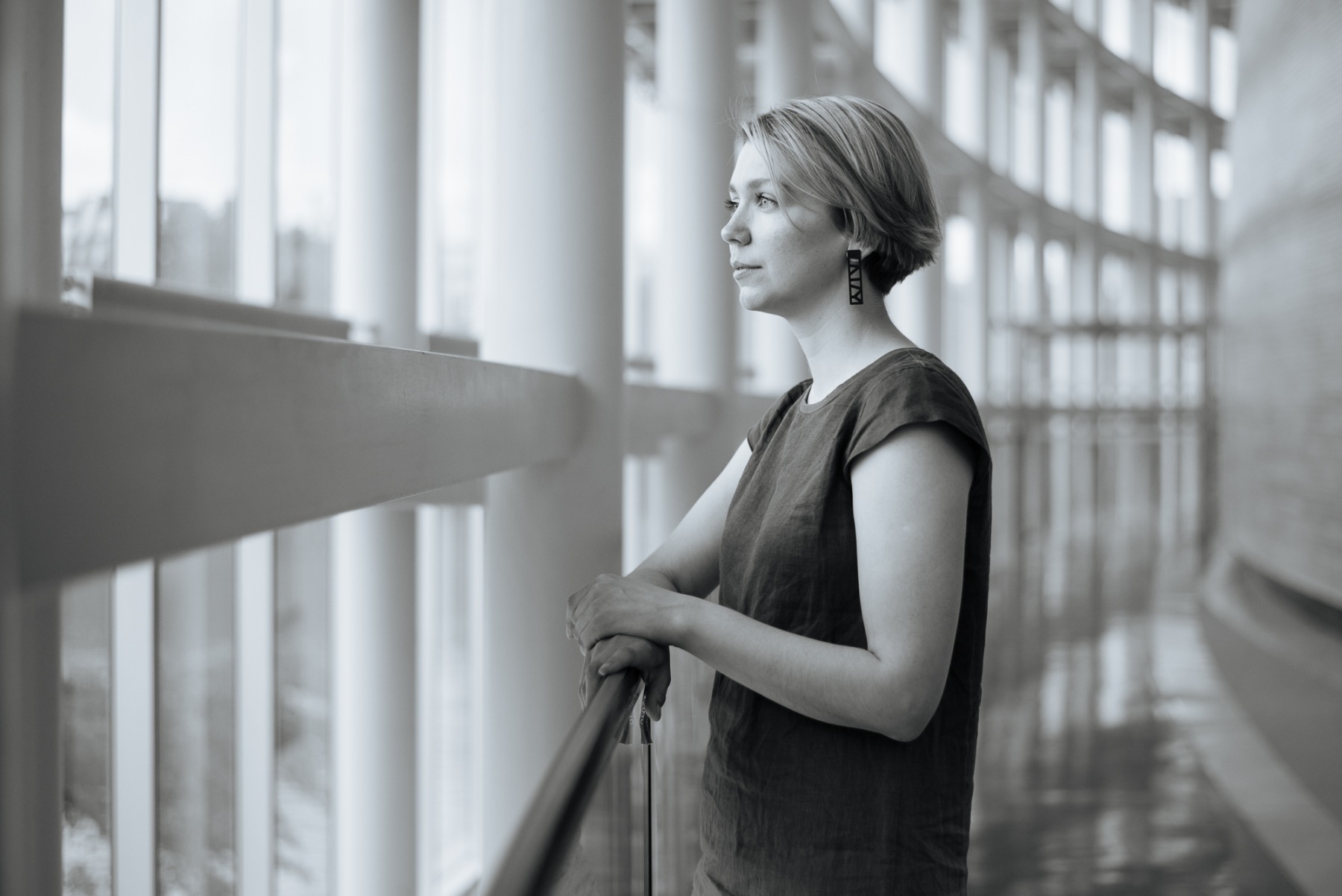 Svitlana Kolodii, coordinator at the Ukrainian NGO GoEast, takes a sip of her coffee while we sit in a cafeteria of the European Parliament in Strasbourg. The next day she will speak at the European Youth Event, an experience she later describes as “immensely inspiring.”

But to find out how she came to be here, let us go first to Donetsk, to two years before war breaks out. Kolodii is then a 25-year-old businesswoman, quite successful and content with her life. Still, she feels something is missing.

She sets off to the capital city of Kyiv to “find herself”, freelancing as a photographer and working at a charity store. And then the Revolution of Dignity happens:

Year 2014 changed my life, as it changed many others. We changed as a society, we understood that we can make our voice matter. We felt united and empowered to make a difference.”

With the overarching optimism and a wind of change sweeping through the country, there is no warning of the events soon to come. The news about the annexation of Crimea shocks the entire world. June 2014 also witnesses an influx of Russia-backed forces in Eastern Ukraine.

The other side of the frontier

Kolodii recalls that at first nobody could really make sense of what was going on - Ukrainians were convinced the abnormal situation would last for only a few months. “I remember my grandmother saying, ‘Happy birthday, I wish there is no war and you live in peace.’ Back then, I could not understand why she was telling this.”

Young people like herself suddenly found themselves facing a new reality, wondering how to carry on with their lives in the shadow of war. Kolodii says she had not thought of social activism before. Her parents still lived in the Lugansk region; back then she was just trying to understand how she could help.

This quest brought her to the world of civil society. In 2017, implementing field projects in the East, Kolodii met Mustafa Nayyem, co-founder of the Global Office, an initiative aimed at fostering the integration of Ukraine into the global community, as well as the country’s internal reconciliation. Their new project, GoEast, lacked a coordinator and sounded like just the thing for Kolodii.

GoEast covers the government-controlled territories of the Donetsk and Luhansk regions. The project team conducted a thorough research in Eastern Ukraine, mapping the various activities, needs and challenges, with the aim of consolidating existing projects and donors operating in the area.The initiative helps to tackle the issue of “one-off-projects” that have mushroomed in Ukraine since the war in Donbass.

“We wanted to create something that lasts for years. On the other hand, we want to create trust and connections. It is our primary aim – building more trust between people.”

Kolodii points out that what results from the omnipresent lack of trust is a lot of competition among NGOs. She believes that changing this mind-set could bring about a significant change: “Competition is good, but it is more important to build coalitions. A project implemented together will simply have more impact.”

Another problem the team has identified is lack of grassroots component in the activities being implemented and the scarce involvement of the local resources.

“There is a lot of experience in the region. We want to empower people with the knowledge how to implement their ideas, manage projects and build teams. If they network together, they will be the driving force of change,” says Kolodii.

“I think now in Ukraine, like in the whole world, we teach people how to be leaders, but not how to be team players. It is so crucial to build teams, whilst we tend to encourage competitive individuals, lonely wolves who have brilliant ideas, but do not put them into practice.”

A year after the project was launched, Eastern Ukraine has seen a growth in connections and new networks appearing. “EED helped us to create a team, going against the stream of usual project-funding. You put loads of trust in us, perhaps more trust than we had in ourselves initially,” Kolodii laughs.

In youth we trust

GoEast also focuses their efforts on building a generation of new activists. Reaching out to young people in the East, they empower them to be socially active at the local level: “We show young people how rewarding it is to give back to their home community.”

Another crucial component of the initiative is facilitation of peer exchanges among youth. Within the framework of the GoExchange programme, they connect pupils, university students and grassroots organisations from different parts of the country: “I am really proud of this project. Our students started their own activities – that’s the biggest reward,” says Kolodii. The organisation also runs educational camps for Ukrainian youth to increase connections between Ukraine and the rest of the world.

So has she now managed to find herself, working back home in the East? “I think a lot about this. Now I feel that as an internally displaced person I am doing my best to make a change in my home region. GoEast is not only about professional growth, but also personal. But as I love coffee and photography, I might also get another little project on the side. All in all, fulfilment is all about diversification.”