From book-lover to human rights defender: seeking the truth for Syria

In pursuit of the truth and justice for Syria, Bassam Alahmad and his colleagues painstakingly document human rights violations committed by all sides of the violent conflict. 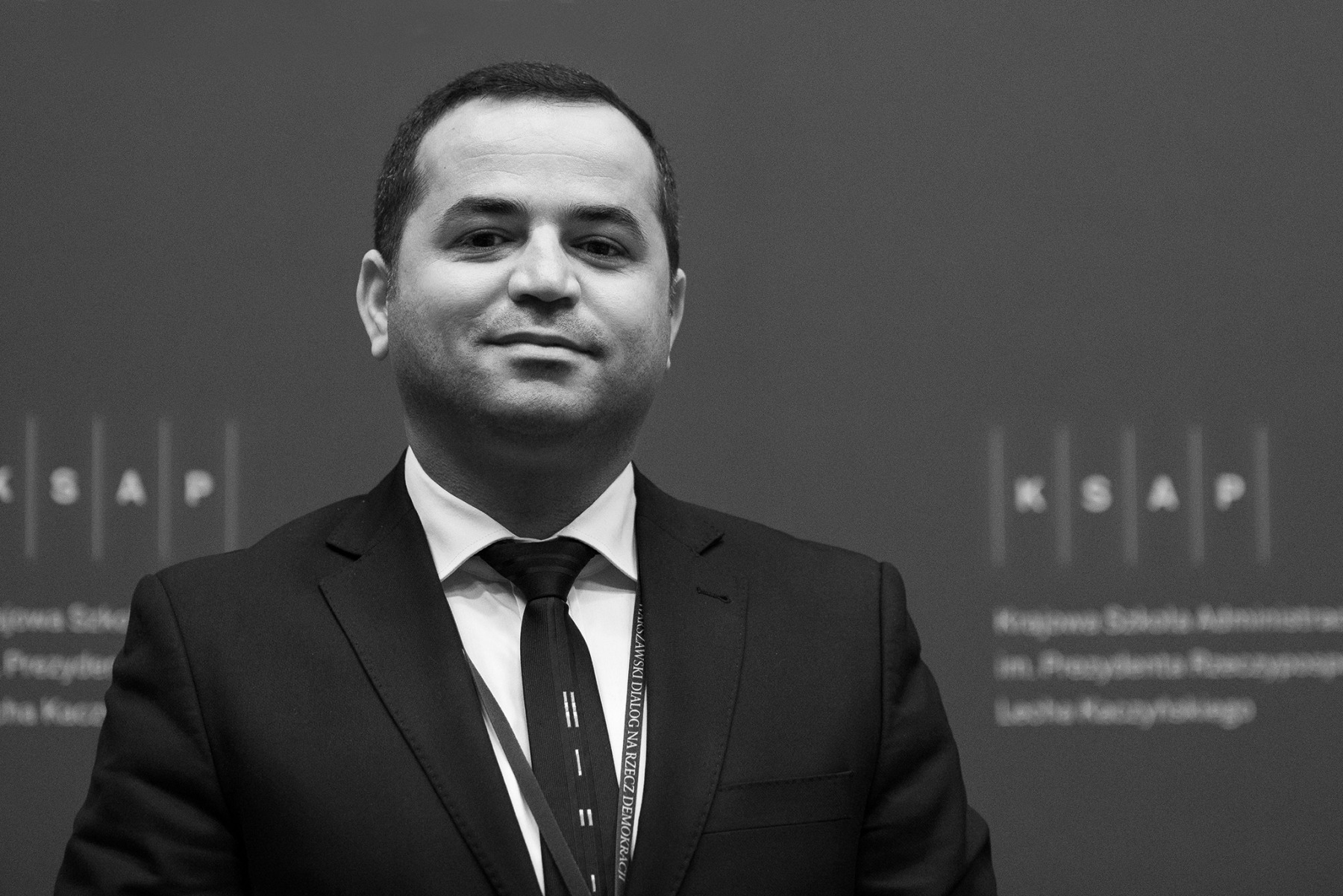 Syrians for Truth and Justice (STJ) follow a core belief that if Syria is ever to have a sustainable peace, there is a need for impartial and accurate documentation of all human rights violations.

The initiative emerged in response to omnipresent propaganda and growing politicisation of the human rights sector, Alahmad explains. There were also very few people working on human rights violations in a comprehensive manner: “Organisations present in the field were doing a great job, but they were not covering all areas of Syria, all types of abuses,” he says. “We are trying to fill in this very crucial and important gap. We believe we need to create a single truth, say who did what and talk about everything. In the Syrian context it is very difficult.”

From Arabic literature to human rights

Alahmad first became aware of the concept of human rights back in his home community in Al-Hasakah province: “I was one of Syria’s stateless Kurds, living without any documents, or even a passport. When you are a part of a community deprived of political rights, you need to start from there. So this was one of the issues that pushed me to work on human rights.”

Moving to Damascus to study Arabic literature opened another chapter for Alahmad, where he found a space for exchange with the Syrian intellectual elite. He became part of a student movement that organised secret debates and published an underground newspaper focused on the issues of leadership and democracy. He says it made him understand there was only one answer to the problems modern Syria and its ethnic groups were facing: a new, democratic paradigm.

When the civil uprising started, the group targeted their efforts on organising gatherings on non-violence and peaceful state transformation. “Now I think we were dreamers, as nobody expected things would develop the way they did. We expected repressions, causalities and conflict, but nobody knew the events of 2011 would turn into a small world war,” recalls Alahmad.

Giving a human face to the statistics

In the midst of the revolution, in 2012 Alahmad joined the Violations Documentation Center in Syria, an organisation that publishes statistical reports on human rights violations across Syria. His detention by the regime followed immediately. Released from prison after 87 days, he was more determined than ever to pursue the cause, but had to flee to Turkey to continue his work.

The following four years spent with the Center gave him an opportunity to attend a number of international training courses. He remembers one particularly well – a four-month fellowship in the United States, crowned by his presentation on Syria delivered at the UN Security Council.

“It changed my life. It was the first time I went so much in depth into the field of human rights and democratisation. And afterwards I kept on thinking, ‘Let’s establish a new initiative, benefit from all the learning and information’. And this is how in 2016 we founded the Syrians for Truth and Justice.”

The co-founded group originated from the meetings held back at Damascus University. What was initially aimed as a single book gathering individual testimonies and telling the human stories behind the statistics, soon developed into a much bigger project.

“And it was the funding from EED that set the project. In a very polarised Syrian setting, where you manoeuvre between DAESH and the regime, it was extremely hard to establish something independent looking at violations from all sides,” says Alahmad.

STJ seeks to address human rights more broadly within Syrian society – and not just those related to the fighting – supporting individuals and communities to claim their rights. The group continuously seeks to uncover the truth behind violations and help victims seek justice, aiming at a genuine and lasting peace in Syria.

The project is divided into two components. Careful documentation constitutes roughly fifty percent of the work, while other efforts focus on advocacy.

“But when we say advocacy we mean something very broad, going beyond the traditional notion of lobbying the international organisations,” clarifies the STJ co-founder. “I call it change. We focus on how to make a change using the information gathered. It seems simple, but in a fragmented, divided society it is not easy to shape a collective mind-set. These people will live and rebuild the country, so it is important to work with and on them.”

STJ takes into account the local contexts and dynamics. Such an approach is essential to instigate local change, rebuild some social cohesion and ultimately build peace or reconciliation. Alahmad believes the strength of the project lies in staying as close to people as possible: “Some issues we tackle seem insignificant for the international community, but are crucial for the communities we work with.” He emphasises the initiative continues to grow thanks to the efforts and sacrifice of numerous people, many of whom are still operating undercover from Syria.

A different kind of justice

Alahmad admits there is also a personal drive behind his work, as many of his friends and colleagues have perished in the war. And while he sometimes he gets haunted by doubts about whether anything can bring comfort to people whose lives have been destroyed, he firmly believes that a balanced documentation process is the first step to achieving broader transitional justice.

But in the meantime, in a society torn by war, which has lost faith in the mere possibility of change, a great number of individuals simply find solace in telling their stories:

Some of them they just want someone to listen to them and document the case. They do not mention justice. Sometimes it’s just the acknowledgement that’s of crucial importance for the victims.”