Speaking up for sexual orientation and gender identity rights

A young artist in Armenia is working to promote the rights of some of the most discriminated against in society - transgender men and women. 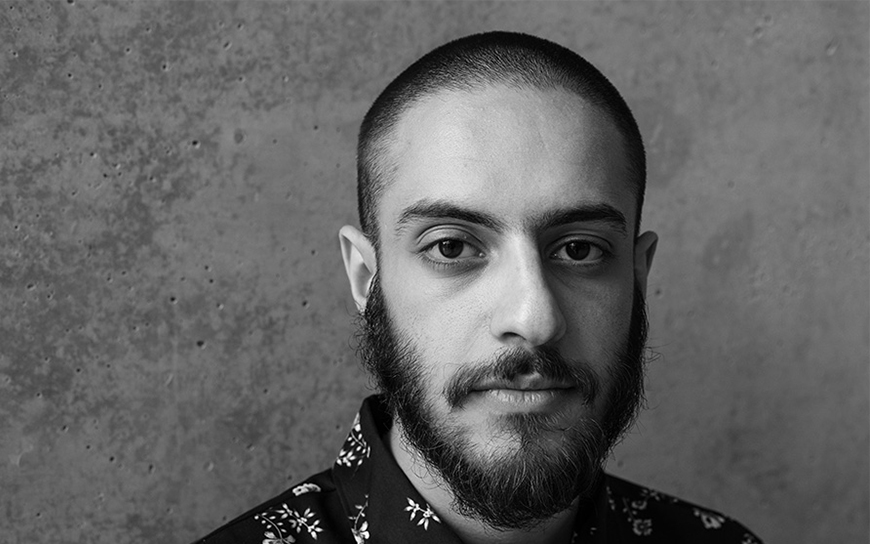 Vrezh Varzhapetyan is a 23-year-old artist, out and proud. In many countries there would be nothing unusual about that, but in conservative Armenia, being openly gay can bring family rejection, institutional discrimination, and sometimes violence. Armenia was ranked second last in Europe for LGBT rights in 2017 by ILGA-Europe. It is then perhaps even more remarkable that Vrezh not only fights for gay rights, but has become involved in promoting rights for transgender people – a group that suffers from even more discrimination and exclusion.

Vrezh became an activist almost by default, just by being open about who he is. “I was 15 and I decided that if my gender identity and sexual orientation differs from the others – already that is some kind of activism in my country,” he says. His mother’s reaction to learning he was gay was to send him to a psychologist. Bullying followed at school and when he enrolled in university to study theatre he found himself the only openly gay student. Being a trailblazer has its risks: not only was he subjected to hostility from students and teachers alike, he was attacked one night by a group of people with a knife and had his finger cut off (it was repaired with surgery, but the emotional wounds still run deep).

By this time, Vrezh was determined to stick up for his own rights, and those of others. Upon meeting an inspiring trans activist, Lilit Martirosyan, Vrezh was encouraged to get involved in trans rights. “In Armenia LGB [lesbian, gay, bisexual] issues were always discussed, but never trans issues,” he explains. “When I first met Lilit, the first trans woman to work closely with the Ministry of Justice, I was shocked as I never imagined such a person to be living in Armenia.” Vrezh now works for Right Side, an NGO led by Lilit, in administration and planning and also acts as a volunteer community mobiliser. Although not trans himself, Vrezh can, as he puts it, be a good ally in the fight.

Inclusion through training and advocacy

“Many trans people end up as sex workers,” says Vrezh. “We tell people there is nothing to be ashamed about doing sex work but many trans people themselves don’t want to be sex workers.” One of Right Side’s activities, which is supported by EED, is organising sewing and make-up workshops to train trans people for alternative forms of employment. They receive diplomas certifying their skills.

EED also supported a camp for trans people, involving discussions on human rights and workshops on building skills for advocacy, to which members of the new government were also invited. “There are a lot of young representatives now in government,” says Vrezh. “The Chief of Staff, Eduard Aghajanyan, is a DJ who has held concerts in gay-friendly places. However, just because the government has changed doesn’t mean the way society thinks has changed.” He cites recent anti-Pride marches and social media attacks on the Prime Minister Nikol Pashinian for appearing publicly alongside Elton John.

Vrezh has also been involved in public awareness campaigns, making videos about sexual orientation and gender identity to try and break down barriers and prejudice in Armenian society. He himself featured in one of the videos, which brought both positive and negative results.

The video went viral and some family members who did not know he was gay saw it, stirring up problems with his immediate family, who had become more accepting of him. On the other hand, Vrezh has been stopped in the street by people who have seen the video and thanked him for his courage, saying that it has given them strength.

Some of Vrezh’s activism involves making simple outreach to the wider community. He gives an example of a pub in Yerevan. When he first went there, he fell in love with the décor and wanted it to be a place where he could meet with his gay and trans friends. “One by one I started talking to people to show that I’m not the person in their head,” he explains. “When they saw a trans person face-to-face for the first time their phobia disappeared.” Now, he says, the pub is gay and trans friendly.

While committed to the cause, Vrezh sees NGO work as a means to an end, and not a career in itself. Rather, he wants to pursue his artistic ambitions. Influenced by international artists and filmmakers such as Marina Abramovich, Xavier Dolan and Quentin Tarantino, he has engaged in performance art, filmmaking, graphic design and music composition. He is determined to graduate in arts, despite the obstacles that he has faced.

Vrezh has many friends in the gay and trans communities in Armenia and is disheartened that so many of them seek to emigrate to countries where their sexual orientation and gender identity will be more readily accepted. While he knows that life could be easier abroad, he dreams of being able to pursue his career at home in Armenia:

I want to see a country where there is no transphobia and homophobia, where I can work and speak in my native language."