Ajna Jusić and the Forgotten Children of War

Fighting for legal recognition in Bosnia and Herzegovina

A group of young adults born out of wartime sexual violence in Bosnia and Herzegovina is working to overcome trauma and be recognised as victims of the war. 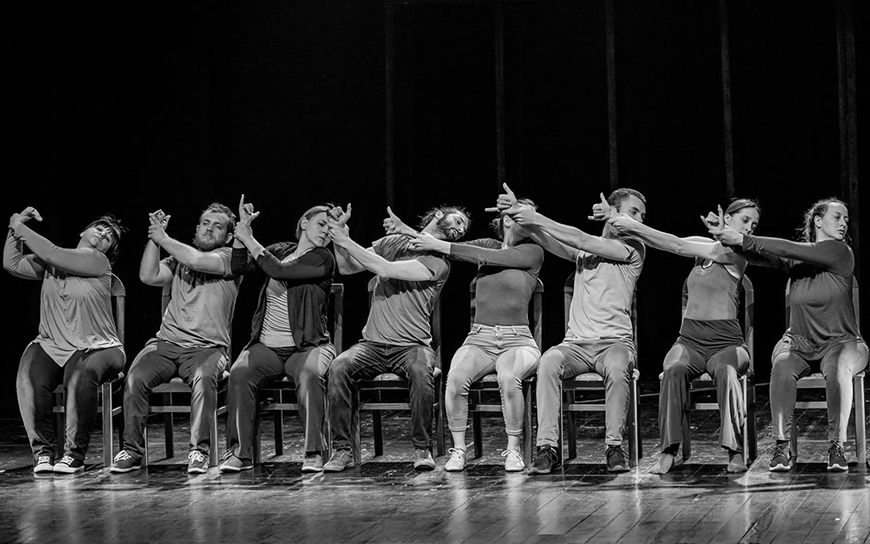 When the war in Bosnia and Herzegovina ended in 1995, it left behind tens of thousands of survivors of wartime sexual violence, primarily women. Estimates range from 20,000 to 50,000, with more than 4,000 children born out of rape. For almost thirty years, these children have had no legal recognition as war victims, excluding them from housing benefits, scholarships, and other reparatory opportunities.

Ajna Jusić is one such child. Born in 1993, she spent her first few years in a women’s shelter along with her mother. Even when her mother married, the family faced ostracism and verbal harassment in her stepfather’s village and they struggled to be accepted.

Like many other survivors, Ajna never shared her story. Until 2015, when as a psychology student in Sarajevo, she took part in a research project on children born as a result of war. 33 young people were involved in the project, 11 born out of rape, 11 children of peacekeepers, and 11 whose fathers were part of humanitarian organisations.

The project prompted Ajna, together with fellow survivors, to set up the organisation Zaboravljena Djeca Rata (‘Forgotten Children of War’), with the goal to make their stories known to the wider public, to fight stigmatisation and discrimination, and to advocate that she and other survivors should be recognised as victims of the war.

“We wanted to bring back dignity and respect for survivors of rape in Bosnia and Herzegovina, and to create a supportive environment for them and their children,” says Ajna. 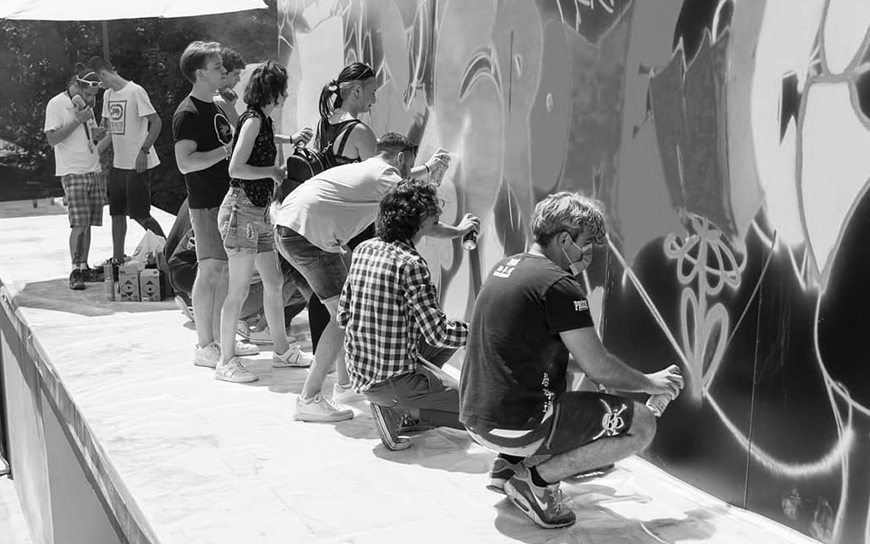 Advocating for the rights of the children of war

The survivors attended months of psychotherapy to help them come to terms with their stories before sharing them with a wider public. In 2018, Ajna gave her first interview to Deutsche Welle, which then led to a short documentary about her life story.

From there, she became the public face of these children of war. In 2019, she gave a speech at the United Nations, on the occasion of International Day for the Elimination of Violence Against Women and Girls. “That was a watershed moment for us. When we came back to Bosnia, we felt empowered to start asking for legal recognition,” she says.

Both before and after the UN speech, the team travelled across Bosnia and Herzegovina, organising meetings with psychologists, researchers, lawyers, historians, and artists to better understand how to approach the issue from an interdisciplinary perspective.

They raised awareness in the media, and networked with feminist, youth, and human rights organisations. They delivered public presentations in the Balkans and beyond, with more than 5,000 people witnessing the survivors’ stories.

“From the beginning, it was important for us to occupy public spaces, to show that we, children of war, also belong in public life,” says Ajna. 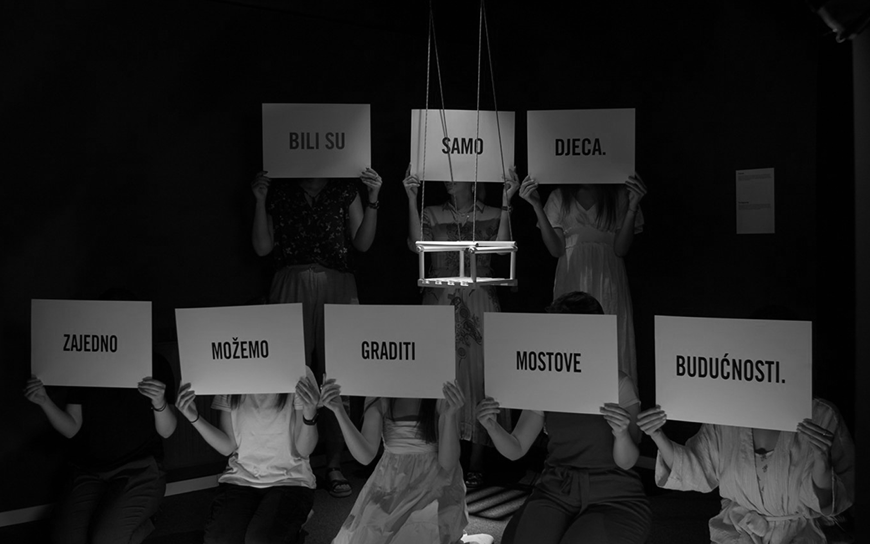 In 2019, the Forgotten Children of War started to cooperate with dance and theatre companies in different cities, from Tuzla, BiH to Vienna, to help survivors express their trauma through the arts. “Art is a healthy way to discuss hard topics - you can tell your story with your body, without using words.”

The organisation also started to reach out to similar foundations in other countries, such as Uganda and the Democratic Republic of Congo, which were also dealing with the past and the trauma of wartime rape.

“We’d like to conduct a comparative analysis of the issue in different countries,” says Ajna. “Our approach revolves around dialogue, without any ethnic barriers. Trauma should not be exploited for political purposes.” 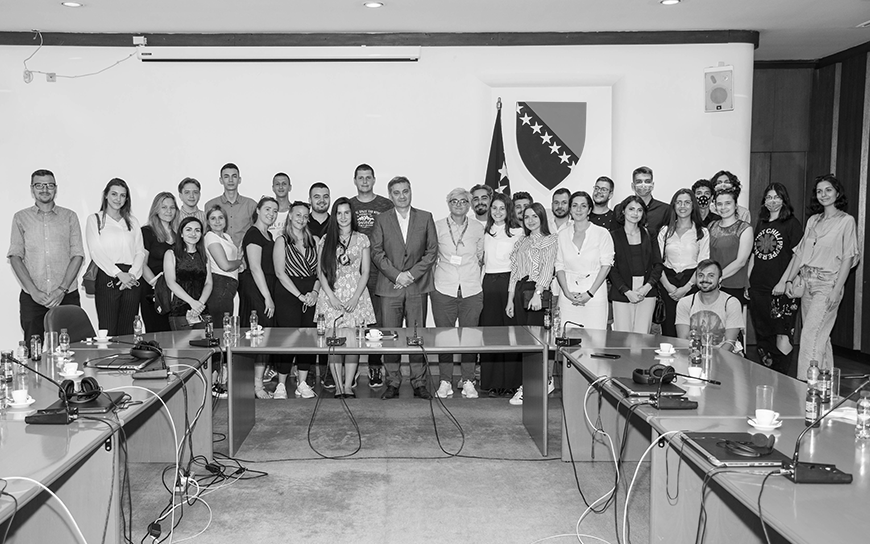 EED’s support gave the organisation financial stability by covering core operational costs, including the engagement of legal expertise. “Thanks to EED, we expanded our reach on social media, which was key for spreading our messages, organised street actions and, most importantly, we could really focus on asking for legal recognition,” says Ajna.

Their first major victory in terms of legal recognition came in July in 2022, when the district of Brčko, in the northeast of the country, adopted the Law on Civilian Victims of War. This legislation allows children born out of wartime rape to be recognised as civilian victims of war.

“This is the first law of its kind not just in Bosnia and Herzegovina, but in the entire region. We didn’t think that this kind of success would happen so fast,” says Ajna.

Reflecting on her organisation’s achievements, she is proud. “We have built something important in the past few years. We have shared our trauma with our society and with the global community. We addressed the European Parliament, and have contacts within the EU and the United Nations. We work with many embassies and international organisations. We are building a future society where the survivors of wartime rape and their children are not discriminated. We are also helping young people to deal with the past and to build a culture of remembrance, so they can learn from the horrors of the past and work towards a peaceful society,” she says.