The documentary ‘Transformation’ profiles the history of civil society activists in Ukraine and the vital role they are playing at this time of war. 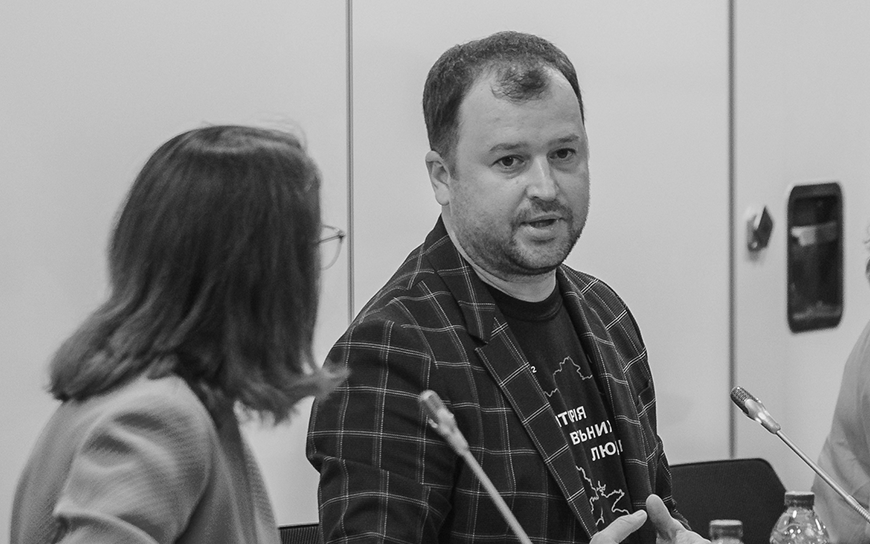 Maskym Cherkashyn is in ebullient form when he speaks to EED. He has travelled to Brussels for the international premiere of ‘Transformation’, a documentary he co-produced with Mariia Pachkovska, thatcharts the work of Ukrainian civil society over the past decade and the critical work activists are doing today. A two-day overland journey from his home in Ternopil in western Ukraine also means he can spend precious time with his young family after six long months apart; his little boy plays noisily with a new toy car beside us as we speak.

‘Transformation’, profiles the work of five leading Ukrainian activists – all of them EED partners – from across the country: ‘The Ukrainians’ from Lviv, ‘Green Leaf’ from Odesa, Maksym’s organisation ‘EACCD’ from Ternopil; ‘Horizon of Changes’ from Cherkasy; and the All-Ukrainian Organization Automaidan. Over 40 minutes, these activists tell their personal stories of civil society’s strength, organisation, cohesion, and courage. It is available in both English and Ukrainian versions. 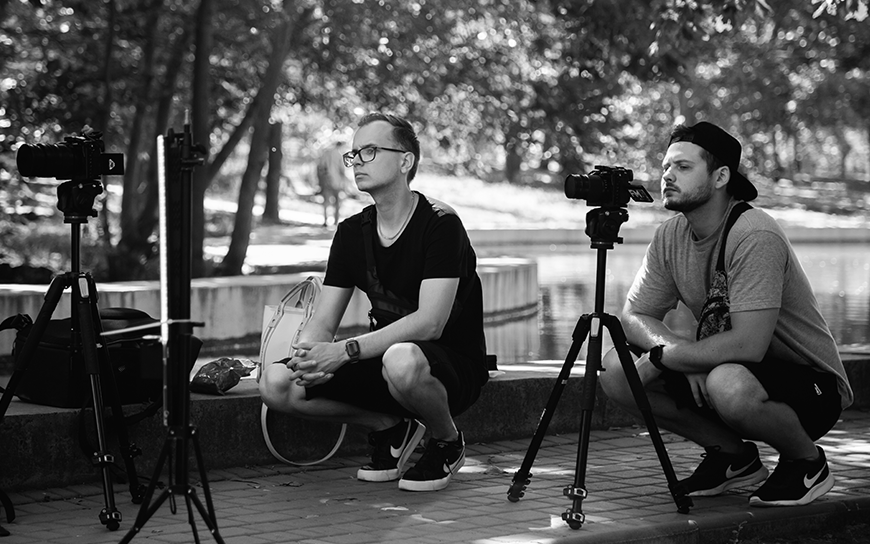 Maskym explains that it was the circumstances of war, the mass movement of people to western parts of the country, such as Ternopil, and his encounters with activists from all parts of Ukraine that inspired ‘Transformation’.

“I met so many dynamic amazing organisations from the eastern parts of Ukraine and that was an eye opener for me. While these activists may focus on different themes to us, we are all united by a common approach and a desire to solve our country’s problems. We are creative and resourceful and we work as teams. Our organisations have been transformed through our work, and our work is transforming our country and our society for the better,” he says.

At a time when civic activists from across Ukraine have come together in solidarity as never before to support each other and society around them, Maskym conceived of the documentary as a way of showcasing the value of this activist work and of documenting it.

He also sees the documentary as important for Ukraine’s democratic future. “Today, everyone understands the importance of our efforts,” he continues. “They see it all around them, but in peacetime, only a tiny proportion of Ukrainians are civically active. We need to think about how to protect and develop civic society after the war. We need to make our network stronger, so that we have the tools to continue to build a democratic Ukraine when the war ends. We all know that the work will be much harder then,” he says.

He explains that the English version of the documentary is targeted at educating international audiences about the role of activism in Ukraine. “Together we have built a strong civil society that at our time of greatest need, is now defending our country. We have an army of citizens who support each other, who are organised and motivated,” he says. 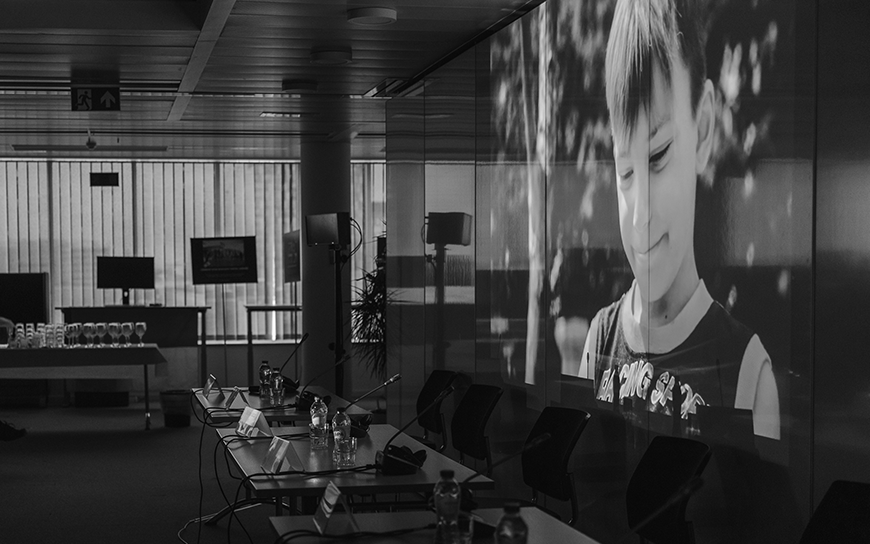 Key role of civil society today and in post-war Ukraine

EACCD has already begun speaking with local civil society organisations and local government about the future post-war role of civil society, and Maksym notes his support for the Lugano Declaration –Civil Society Manifesto, launched at the Ukraine Recovery Conference in Switzerland in June, that lays out the key role of gatekeeper that civil society must play in the reconstruction of a post-war Ukraine.

Maksym and EACCD are already putting in place the foundations for this, a natural continuation of their work in the pre-war period.

Set up in 2016, EACCD worked with local activists and authorities in six western Ukrainian oblasts as part of the decentralisation reform of Ukraine, that conferred more power to local authorities. With EED grant support, EACCD helped local civic activists and communities to self-organise and network and build capacity so they could work more closely with local government officials and take part in decision making at a local level.

Maksym was also active in promoting the role of culture in democracy, spearheading ‘Faine Misto’, an annual musical event that attracted young people from across the country. 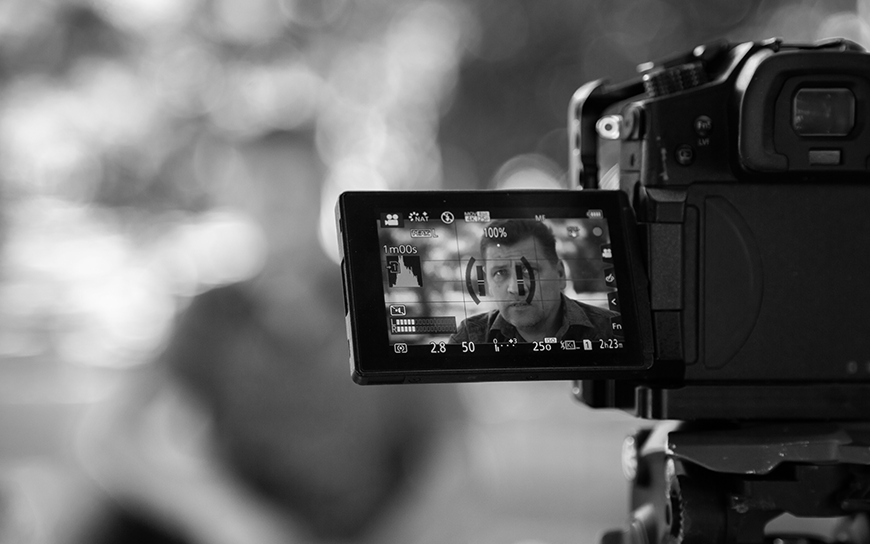 Asked about challenges Ukraine will face after the war, Maskym is clear. The biggest issue Ukraine faces is corruption during its post-war reconstruction. He believes that anti-corruption mechanisms will be required at all levels of society and that civil society organisations can play a crucial role in ensuring accountability and transparency of government.

‘Ukraine is in everyone’s hearts today,” he says. “We need to protect our good reputation. If we can wipe out corruption, Ukraine can become a key player globally. Our people want a democratic future,” he says.

Looking to his international audience, he has one plea: “We need international help, not your pity. We don’t want to be pitied because we are war. We are strong. But we need your support.”