Reporting on the war from the city of Kharkiv

Seven months ago, Diana Ruda of Nakipelo was forced to become a war journalist overnight, working from her basement in Kharkiv while the city was under Russian shelling. 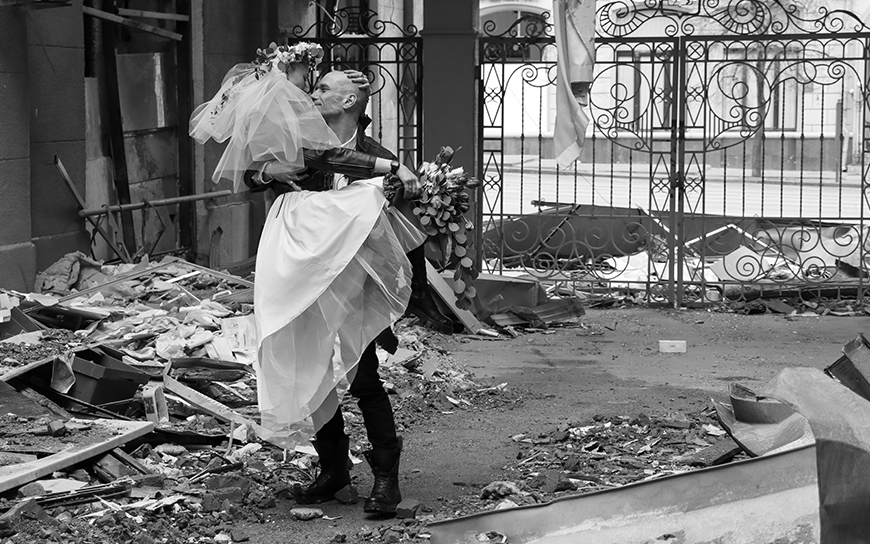 Diana Ruda’s life changed for ever the day of the Russian invasion of Ukraine.

She picked up a camera for the first time to document the devastation of Kharkiv, Ukraine’s second largest city and the focus of intense Russian shelling.

Transformed into a war-journalist overnight, she posted photos and updates on social media and on the website of Nakipelo, the Kharkiv-based multi-media platform she now leads.

Previously partners’ manager in the commercial section of Nakipelo, she has now taken over the role of overall director of the media outlet.

Diana was just one of three Nakipelo journalists who remained in the city as Russian bombs railed down. The initial days of the war were extremely challenging.

“We were lost for the first while. We didn’t know how to work from basements. We wanted to help and to tell the world what was happening. Unlike the international journalists, we had no flak jackets, and barely any equipment. Now we have learnt how to work in conditions of war,” she says. 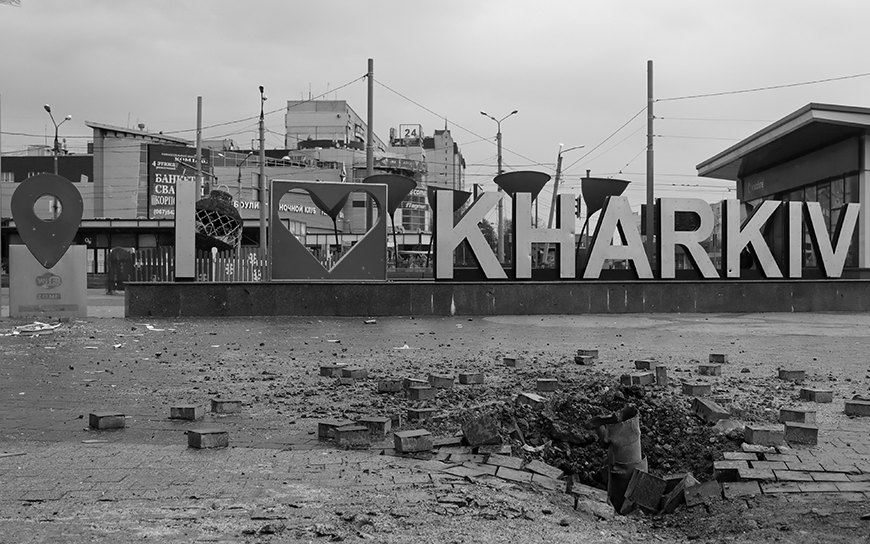 A media set up in the post-Maidan period

Nakipelo was set up in the period after the Revolution of Dignity to provide an alternative source of news for the mainly Russian speaking population of the city of Kharkiv and the surrounding areas, a region that has traditionally relied on Kremlin-sponsored media as its main sources of information and severely lacked independent media sources.

Officially registered in 2015, the platform now includes an online news outlet Nakipelo.ua; a press centre that prior to the war was bustling but is now temporarily closed; an online radio station, set up just last September; and a vibrant training academy for media professionals.

Initially bilingual with content in both Russian and Ukrainian, the Nakipelo outlet now only publishes in Ukrainian, and it has also launched a series of English language videos on YouTube.

As Diana explains, Nakipelo has always focused on serving the population and reporting on matters of importance to them, a perspective that continues to drive their work as the war drags on. She describes the outlet’s typical reader as a 30-something educated individual, probably a business-owner. These are people invested in the future of their city, ‘active people’ as she describes them. 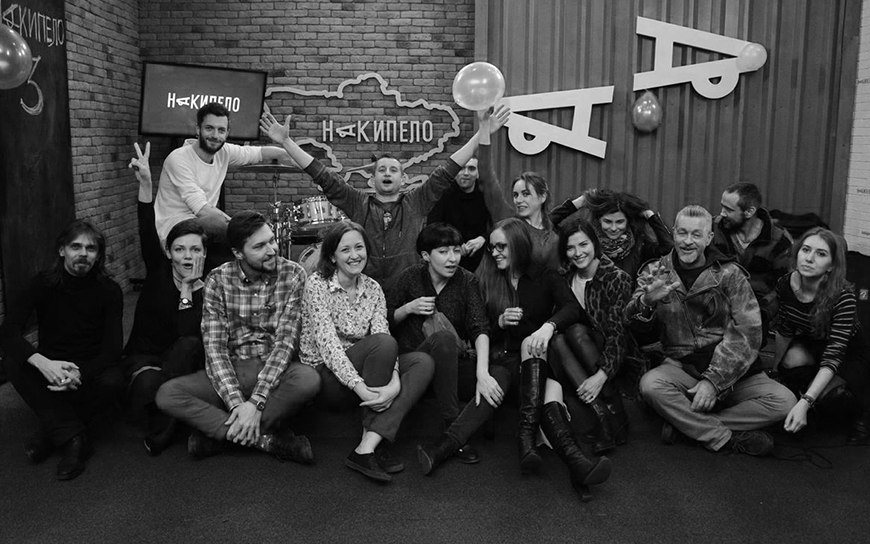 Continuing to serve the population during wartime

On the day Diana speaks with EED, things are quiet in the city centre, although the war is not far off with active fighting just 15 minutes from the city’s last metro station. Kharkiv is far from safe, but many people are returning home.

“We don’t report on the war 24/7 – other media do that. We continue to hold the conversations we have always had with our audience. We show the damage done to our city by this war, and we discuss what we need to do. We help people, providing information on finding accommodation, on employment abroad, and psychological support, vital at a time when so many are living far apart from families and friends,” she says.

Throughout this period Nakipelo have continued to post ongoing updates and stories on their website, the engine of their media machine. “Initially, we worked on a wave of adrenaline. Now things are more settled. We know what we are doing,” says Diana.

Nakipelo’s radio station was relaunched this July after a brief closure. Its focus is now on Ukraine as a whole. “A lot of our programming is about Ukrainians’, with interviews with musicians and other volunteers who are doing hugely important work at this time, and we are engaging with the city and regional authorities, as we did at our press centre previously,” she says. Listeners can tune in via Nakipelo’s website.

“Our last radio programme the day before the war was an interview with Kharkiv’s city mayor. He denied that that war would break out,” she remembers wryly. “Now, we’re planning a series of programmes focused on the future of Kharkiv, and the reconstruction of our city.” 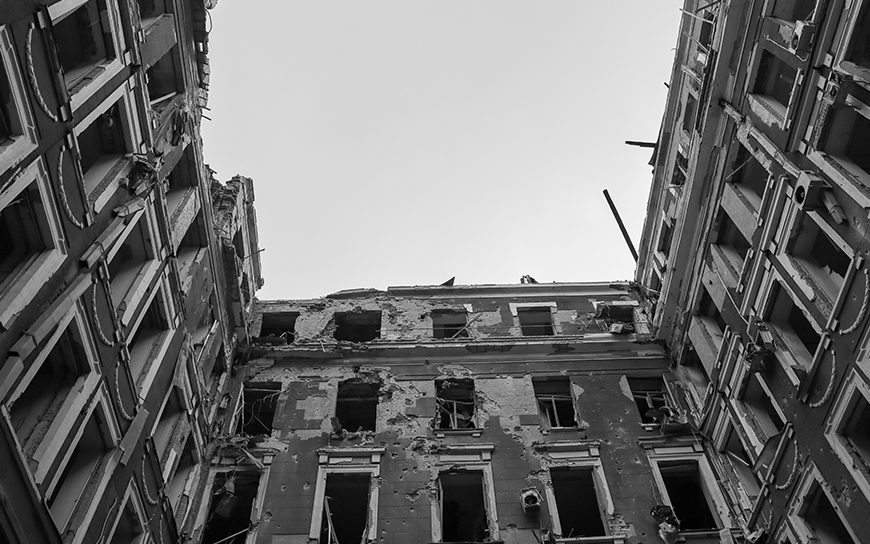 Over recent months, the Nakipelo team were under increased pressure to produce more content from Kharkiv as it was under siege, including photo and video reports, testimonies and interviews with locals, volunteers, military, reps of local authorities who continue governing the city and the region. With urgent EED support, they were able to cover the salaries of six additional staff to expand their war coverage from Ukraine’s second biggest city to a well-established and growing audience.

Nakipelo have also continued to run training programmes throughout these months of war, which provides training to journalists. They also run an ‘online laboratory’ for civil society representatives to help them learn basic journalistic skills.

In 2017, EED provided bridge funding to Nakipelo, that was vital in helping them stabilise their operations and grow to become an important local media platform. 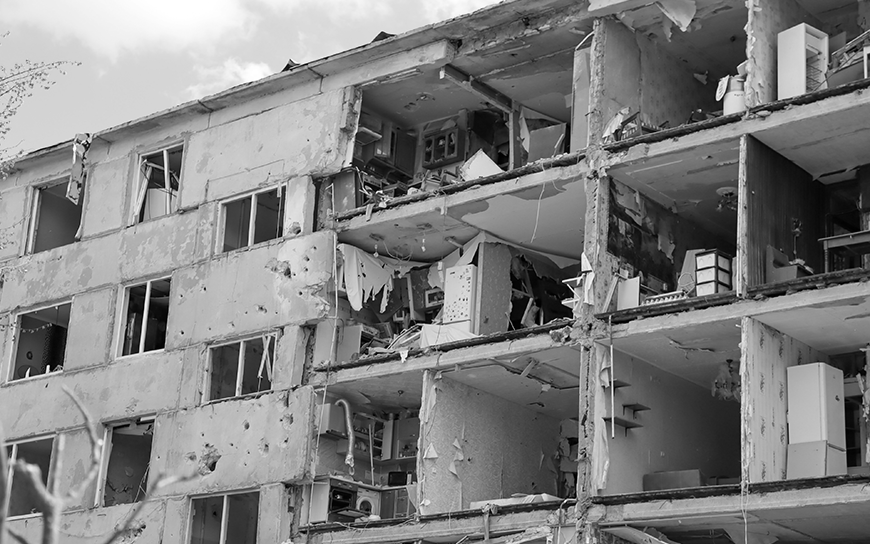 After three months of living in a basement, Diana returned to her city-centre apartment, surrounded by her familiar books. She was glad to return to some sort of normality in life, much as she knows it could be temporary.

“I will return to the basement if that is what I have to do. I know the risks and I am prepared,” she says.

She just asks that the world keeps Ukraine and Kharkiv in their minds. “I know everyone is tired of hearing about this war. We in Kharkiv are also tired, but we know it is important we are not forgotten. The world must continue to help us,” she says. Through the work of Nakipelo and their recently launched Patreon account, Diana and her colleagues are doing their best to make sure this is the case.

*This interview with Diana Ruda of Kharkiv took place in the summer. As fierce fighting continues in northeastern Ukraine and the Ukrainian army have liberated surrounding areas, Kharkiv continues to be a focus of attacks and electricity blackouts have affected millions throughout eastern Kharkiv and Donetsk regions. Nakipelo are providing constant updates on developments in the region.