A civic initiative is encouraging Armenians to monitor elections in a bid to tackle rampant voter fraud and challenge the ruling party’s dominance. 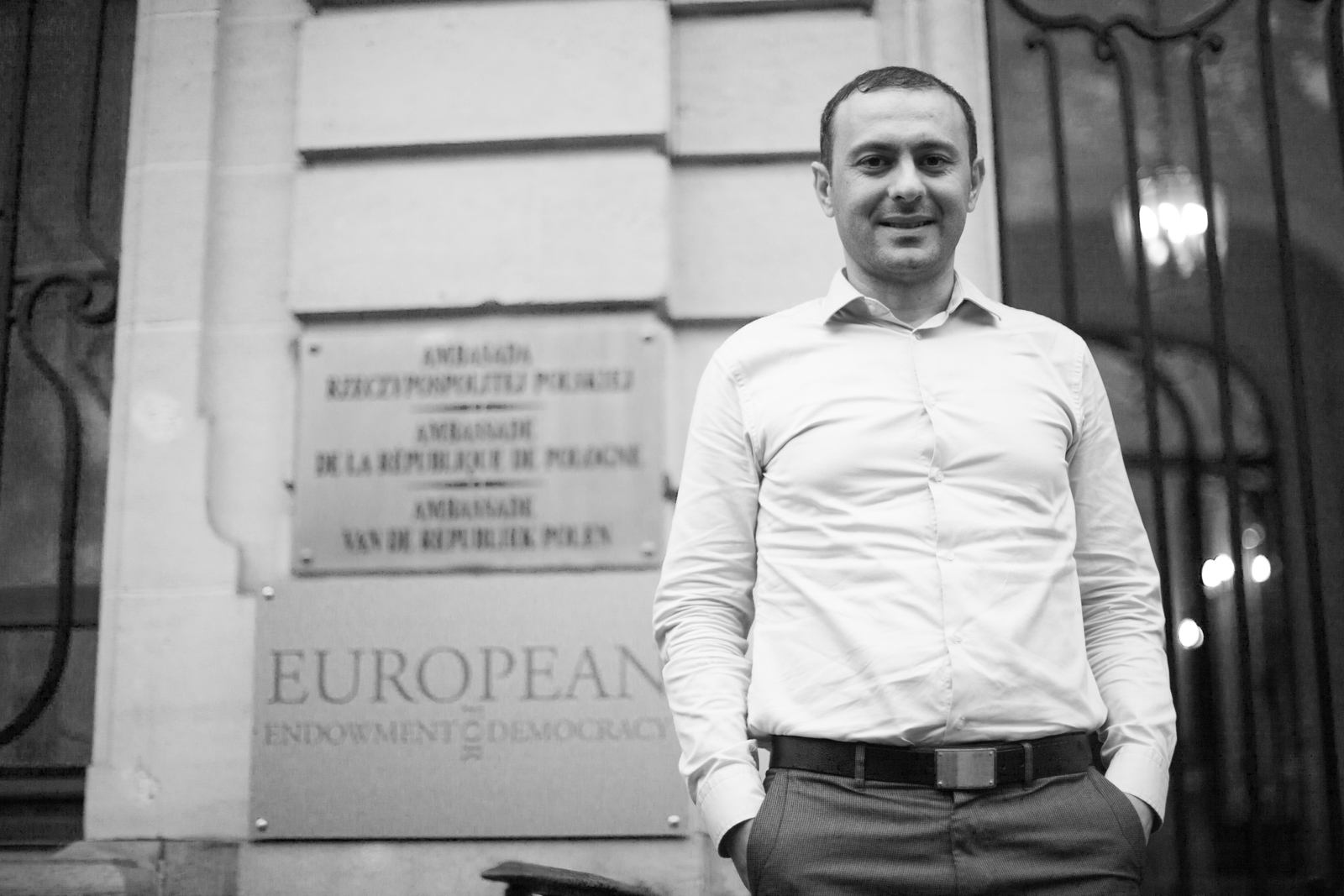 Armenia’s watershed referendum on constitutional reform was both a defeat and a victory for pro-democracy advocate Armen Grigoryan.

The 2015 vote gave authorities the green light to usher in constitutional changes that will shift power from the president to the parliament and the prime minister -- a move Grigoryan and other critics say will entrench the ruling Republican Party’s control over Armenia and effectively allow Serzh Sargsyan to stay in power after his presidential term ends in 2018.

But the referendum also saw an unprecedented civic effort to ensure the vote is free and fair. On December 6, 2015, hundreds of citizens scrutinised the voting process in more than 500 polling stations across the country and recorded numerous violations, which remain a staple in Armenian elections.

Citizen Observer Initiative, the movement that spearheaded the campaign, first came to life in 2013. It has since dramatically expanded its network of independent monitors and declared an all-out war on voter fraud in the Caucasus nation.

We were able to mobilise more than 1,000 observers in just two months, says Grigoryan, the initiative’s coordinator and a noted political analyst who works at the Transparency International Anti-corruption Centre in Armenia.

There were many problems and setbacks, but we managed. This was a huge success and it really boosted our confidence.”

In the weeks leading up to the vote, the movement, largely funded by EED, successfully brought together civil society organisations and opposition parties to establish public oversight of the election.

“Nothing happens out of the blue,” says Grigoryan. “Over the past few years, I have actively posted on Facebook and written articles and columns. People may not have trusted me if they had never heard my name.”

Supporters of the constitutional reform say the changes will bolster political stability in the country and help consolidate Armenia’s party system by curtailing the powers of the president, who will no longer be elected by popular vote but by parliament. The new system will come into effect following parliamentary elections scheduled for April 2017.

While several other ex-Soviet nations have already converted to parliamentary rule -- including Eastern Partnership countries Moldova, Georgia, and Ukraine -- opponents insist that Armenia is not ready for the transition.

Under the changes, the parliament, controlled by Sargsyan’s Republican Party, will be able to modify the constitution without putting amendments to a public vote. Critics warn that the new system will only perpetuate the Republican Party’s domination of political life in Armenia due to the lack of viable alternatives.

Critics also dismiss the reform as a scheme to let Sargsyan assume the enhanced post of prime minister at the end of his second and final presidential term.

“Serzh Sargsyan changed the constitution for only one purpose: to remain in power,” Grigoryan charges. “Armenians need to get mobilised.”

Citizen Observer Initiative is Armenia’s largest-ever effort to rally civil society around election observation. It engaged more than 20 organisations and covered a quarter of Armenia’s 2,000 polling stations – no small feat in a country known for its chronic voter apathy.

At the same time, No Pasaran, another EED-sponsored civic campaign coordinated by Grigoryan, worked tirelessly to raise awareness of the reform. Its activists relied heavily on social media to disseminate information about the proposed amendments.

According to Armenia’s electoral commission, 63.3 percent of voters backed the constitutional changes. Citizen Observer Initiative, however, accuses authorities of stealing the election.

The group uncovered what it says were more than 1,000 irregularities during both the voting process and the ballot counting, raising questions about the legitimacy of the referendum. The violations included ballot stuffing, voting on behalf of dead people, pressure, vote-buying, and so-called “carousel” voting: people being bussed from one polling site to another to cast multiple ballots.

Observers from the Council of Europe's Parliamentary Assembly also voiced concerns about the vote and urged Armenian authorities to look into the alleged violations.

On the basis of Citizen Observer Initiative’s findings, authorities opened 78 criminal cases – more than the total number of electoral fraud investigations launched in Armenia since the country gained independence from the Soviet Union in 1991.

“The officials who were convicted got away with fines, but I still consider this as a step forward,” says Grigoryan.

Citizen Observer Initiative now plans to publish detailed profiles of election violators on its website, a name-and-shame campaign he hopes will help deter officials from tampering with ballots.

The movement is also rounding up as many as 4,000 observers who will deploy in pairs to every polling station in Armenia during April’s key parliamentary vote.

“The future of Armenia lies in democracy, but without free and fair elections there can be no democracy,” says Grigoryan. “Elections are the foundation stone of democracy.”