A women-led photography collective is on a mission to train a new generation of Armenian photojournalists. 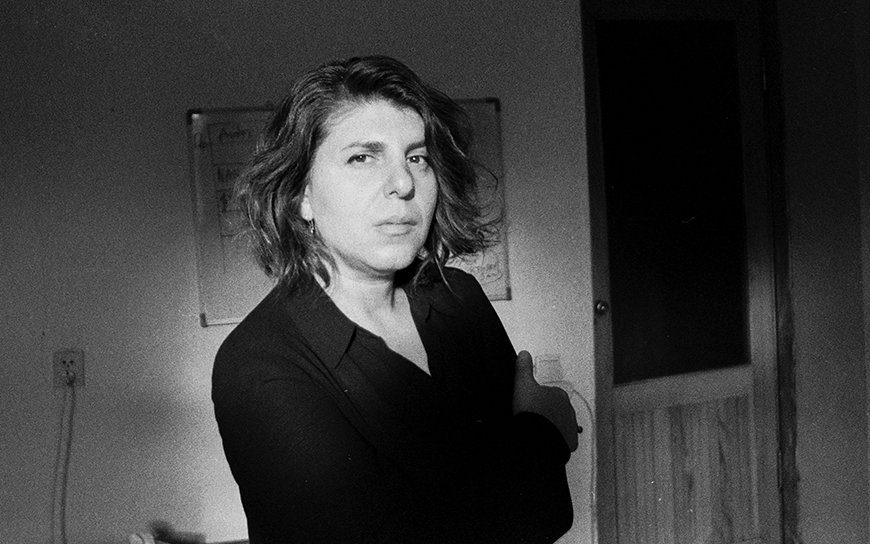 When she joins EED online to speak about 4Plus, the Yerevan-based photography collective she leads, Nazik Armenakyan speaks slowly, enunciating her words carefully, admitting that she is recovering from a Covid infection as the pandemic continues to ravage Armenia. She is also still recovering from the aftermath of the 44-day war between Armenia and Azerbaijan in 2020.

“Everyone was affected by the war. Everyone had friends or relatives fighting on the front line. It was very hard. I am glad we survived as a collective, and that we did not lose our ability to work. We worked throughout the war. Sometimes, I wondered if we would make it at all, but we pulled together as a team. Maybe it is because we are all women, and we supported each other. We felt connected,” she says.

It was a sense of connection that inspired Armenakyan, Anush Babajanyan and Anahit Hayrapetyan to set up 4Plus ten years ago. They were later joined by Piruza Khalapyan and Nelli Shahinyan in 2016, and they have gathered around them a large community of male and female photographers, editors, web designers and copy writers who work with them on a variety of projects. Today, with Nazik, Anahit, Piruza, Nelli, and the rest of the 4Plus team, it is this sense of connection that continues to keep the collective going today.

“Covid-19 and the war reminded us that life is short and that none of us have time on our side, not in Armenia, not anywhere. We need to work, do things together, create art, share and collaborate with others,” she says. 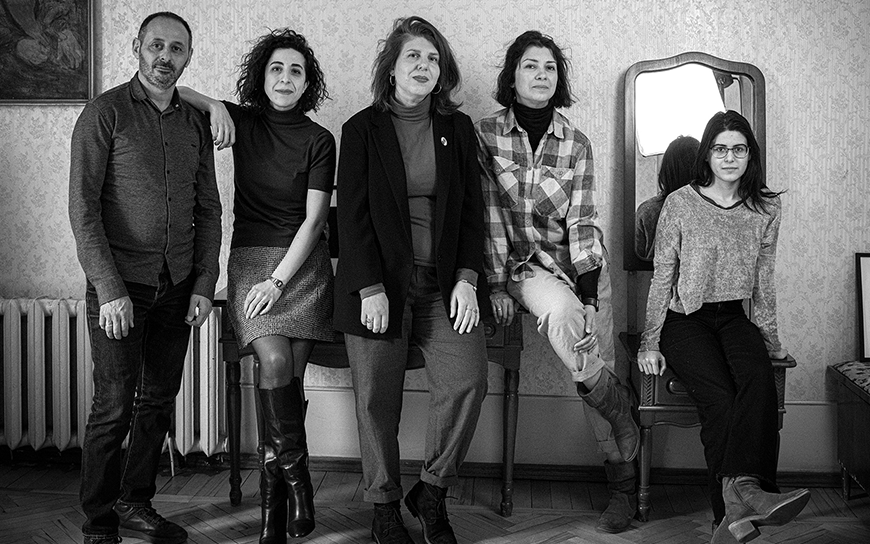 Training a new generation of photo and video journalists

Now 4Plus is launching Armenia’s first school of photography to train a new generation of visual journalists and documentary makers, forging new connections between them and other photojournalists.

“The situation is very difficult in Armenia today. People face huge challenges in their day-to-day life, and as photographers, there is less funding available for our projects too. Some people might ask, what’s the use of photography when our country faces so much social issues? But we believe we play an important role. We want to give our skills to a new generation,” she says.

She believes too that the school of photography is timely in a social media age, where our lives are constantly visualised. Young people will have the opportunity to develop valuable skills, and to grow and develop professionally as part of the wider 4Plus collective’s network.

Armenakyan and her fellow 4Plus founders are all graduates of a photojournalism course at the Caucasus Institute, organized by World Press Photo in 2004-2006, where their mentor was Ruben Mangasaryan, one of Armenia’s leading photojournalists.

“All of us at 4Plus were lucky to have the opportunity to learn to become photography professionals. Today, there is no dedicated school of photojournalism in Armenia; it’s just one module within a general journalism degree and that is not enough. We’re starting with a six-month programme, and we hope then to expand and offer more advanced modules. We won’t just teach technical skills to students. We want to give them visual thinking skills, teach them about journalism ethics and values,” she says. 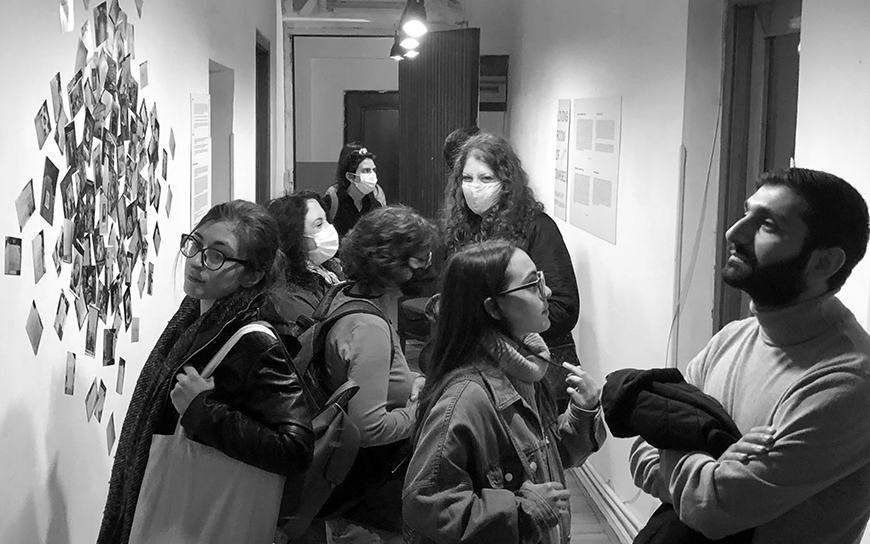 4Plus is led by women, and while Armenakyan admits they keep a particular eye on female photojournalists, who remain under-represented within the profession, the collective works with all emerging and talented photographers and multimedia producers. Over the past ten years, they have published dozens of works on a wide variety of themes on their website, with stories on domestic abuse, on minorities, on family life, on the ongoing pandemic, and on issues related to Nagorno Karabakh and the war, among many others.

She is particularly proud of her work on HIV positive people, a taboo subject in Armenia. “I started to research this subject in 2014, but it took me years to work out how to present it visually in a way that did not stigmatise them more than they already are,” she says.

One result is her 2021 photo essay, Red White Black that presents the poignant stories of four HIV positive women. The project generated significant interest in the country, particularly among young people. 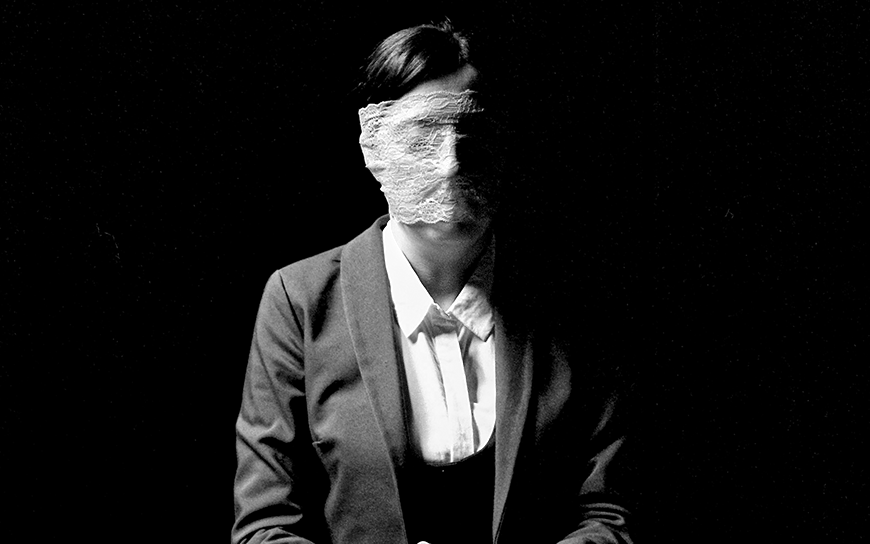 4Plus has evolved significantly over the past decade as the situation in Armenia has changed and as they have matured as an organisation. “At the beginning, we worked with everyone, and we were incredibly active. We risked burn-out. Now we are more focused. We know the subjects that interest us and we have a team of professionals we collaborate with. It’s no longer the case of the photographer having to do everything, the writing, copyediting, web design. We share the work and are more professional,” she says.

Over the past eighteen months too, the team have focused on how they can become sustainable as an organisation. An EED grant has allowed them to employ four people full-time, and to review their organisational structure, management, and financial viability.

It was this process that persuaded the collective to launch the photography school, an obvious next step, as they have held workshops throughout the country over the last years. They also run a web shop, where they sell photographic prints as well as clothing with images from their photos, that are popular with young people.

Last year the collective relaunched 4Plus’ visual identity and a new branding in a bid to raise their profile within the country. Recently too, they purchased a professional printer to print high quality photos and they have identified a supplier of quality paper in Germany. 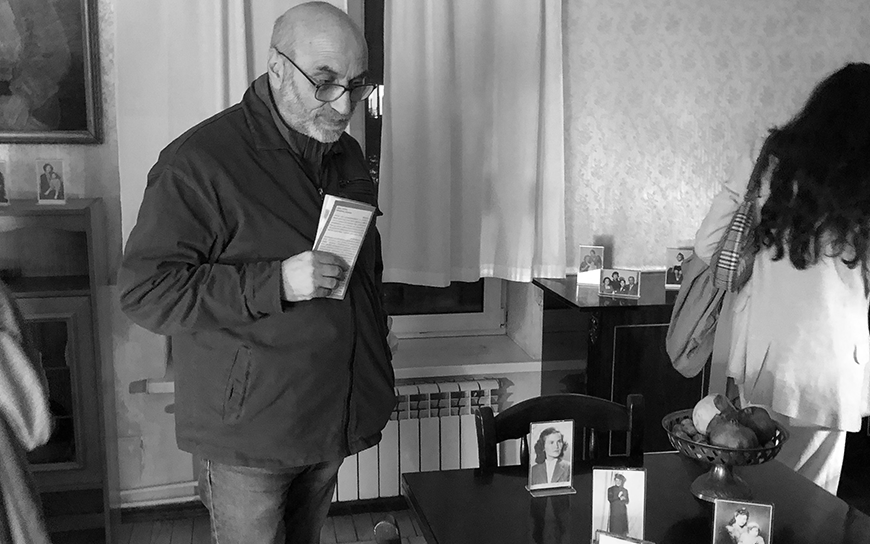 Plans for the future: an Armenian photo archive

For the moment, 4Plus continues to work out of the same four-room apartment in downtown Yerevan that has been their home for the past few years. This is also the space where they hold temporary exhibitions, such as a popular exhibition on Maryam Shalinyan last year, Istanbul’s first female studio photographer, and where they will hold classes for the school of photography.

Among the many plans Armenakyan has for the future, she has two dreams.

First, she'd like to develop a proper exhibition space in Yerevan for photography exhibitions.