From Eurovision to a front seat in the Moldovan democracy movement 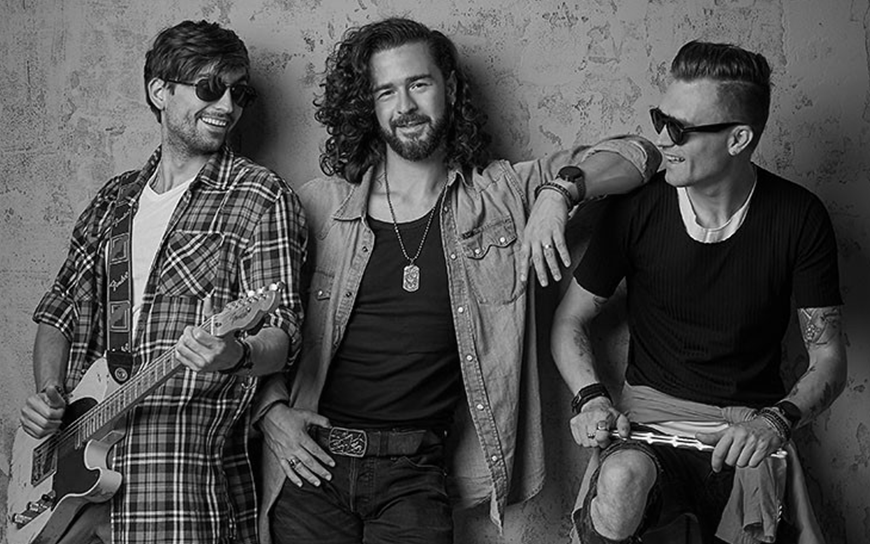 In 2012, Moldovan singer and songwriter Pasha Parfeny represented Moldova in the Eurovision Song Contest with his catchy tune ‘Lautar’, which in Romanian conjures up images of traditional musicians. The song’s lyrics spoke of a woman at a wedding, who looked nicer than the bride: ‘Just like from paradise, you came down from the skies.’ ‘Lautar’ then became the name of the NGO he founded to fund his public concerts that same year.

For many, performing in Eurovision might be a highlight of their career, but for Parfeny his career would soon take a direction he never anticipated.

By 2017, Parfeny was no longer welcome on Moldova’s stages. He was banned by the Ministry of Culture from performing in concert halls, theatres, on TV stations, and even in local restaurants run by individuals sympathetic to the authorities. This was during the period when the oligarch Vladmir Plahutniuc controlled the media, the judicial system and most of the state apparatus, and he and other oligarchs had carried out the ‘theft of the century’ with $1 billion stolen from Moldova.

“I could not stay silent,” says Parfeny in conversation with EED. “I stated my opinion many times and the authorities did not like it.”

He first became engaged in campaigns against corruption and state capture during the ‘Occupy Guguţa’ movement, when young people staged a protest after planning permission was granted that would have seen a famous building in a city park in Chisinau city centre sold to friends of Plahutniuc to build a high-rise hotel.

In 2016, at a national anniversary concert celebrating 26 years since Moldovan independence, Parfeny wore a black t-shirt with the campaign’s slogan #NuPlaha. “This was the step that confirmed my activism, and my determination to fight for freedom of expression and to defend democracy,” he says. 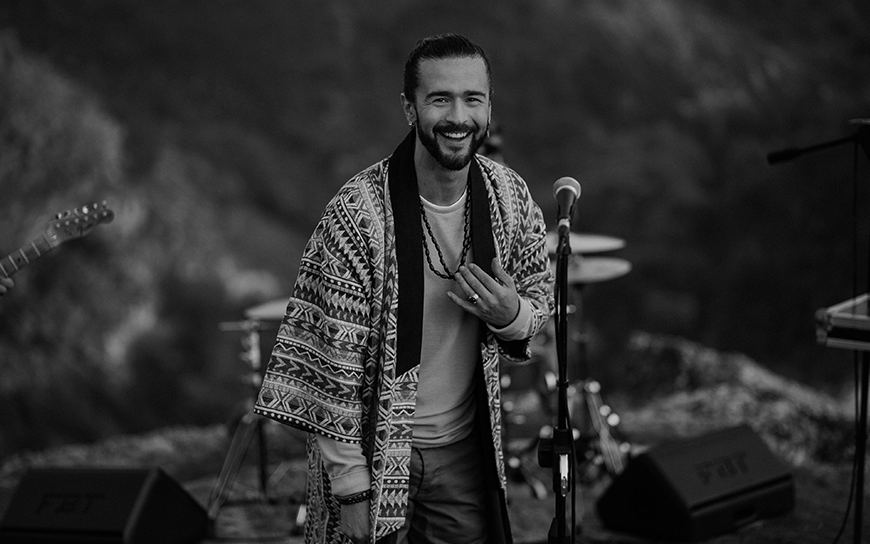 An artists’ movement against corruption

Parfeny, in collaboration with the other Lautar members, including the singer Cãtãlin Josan, Marian Lupu (MANI), Ştefan Gligor and Alyona Moon, began a movement against corruption under the ‘Lautar’ name, mobilising artists to refuse to sing at events organised or favouring corrupt politicians.

In 2017, with the ongoing ban on national events, Parfeny performed a series of concerts abroad for the Moldovan diaspora under the #FreeMoldova and Vocile Curajului (Voices of Courage) tag that were attended by over 10,000 people. With over 1.5 million Moldovans living abroad, the diaspora vote has proved crucial in recent Moldovan elections. “These were not just concerts, they were acts of resistance,” he says.

Realising too that as popular musicians, they could also access audiences at home sceptical of democratic messages, Lautar decided to organise a series of events in the run-up to the 2019 elections featuring Parfeny and his fellow musicians, the popular stand-up comedians the ‘Comedy Zebra Show’, as well as well-known independent voices including Alexei Tulbure and Stefan Grighor.

With EED support, 15 concerts were held across the country prior to the 2019 elections, in both Russian and Romanian-speaking areas. Each event closed with public discussions on the key issues facing Moldova: poverty, corruption, state capture, rather than the divisive geo-political rhetoric favoured by Plahotniuc’s Democratic Party.

Of course, Lautar was not welcomed with open arms everywhere they went. Parfeny tells how sometimes, the authorities organised alternative events at the same time as their concert. Sometimes too the event’s promoters were chased away by the police and their posters were pulled down.

But there were humorous moments too. On one occasion, Parfeny’s wife recorded his conversation with a local dignitary, who had been avoiding his call. “He asked me why I had not tried to call his assistant to speak with him, and I told him I’d been trying for weeks. He asked her: ‘Did Parfeny call me?’ and she answered: ‘You told me if he called, you did not want to answer’,” he relates. Parfeny made this recording public.

Another time, Parfeny set up an ad hoc concert outside the National Palace when the National Music Awards were being held; this concert attracted far more viewers than the national awards.

With EED support, Parfeny also recorded two songs that became hymns for the democratic movement: ‘I have a country like a flower’ and ‘Free’. 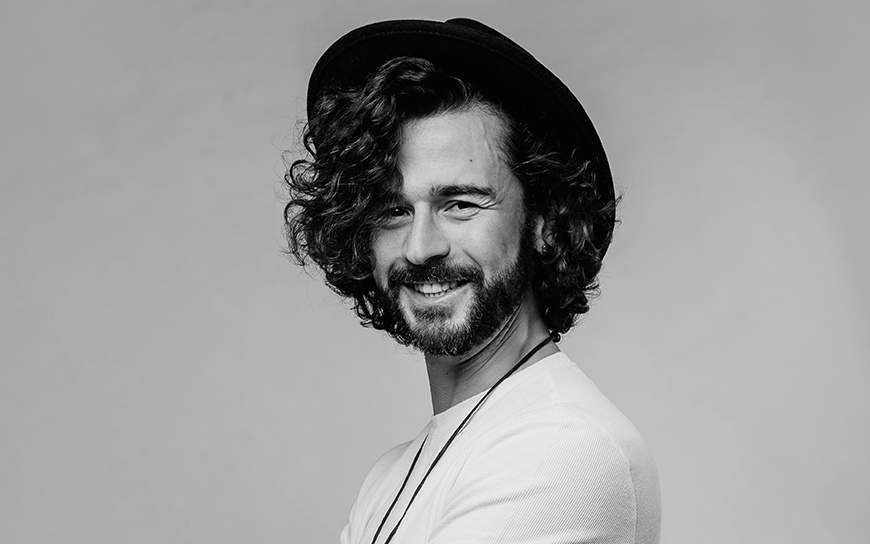 A crucial point in Moldovan democracy

It was also in 2019 that Parfeny played a defining role in the rebirth of Moldova’s democracy. Since the February election of 2019, political factions had been scrambling to form a government. That July, the pro-European ACUM party and the Socialist party agreed to form a historic coalition against the Democratic Party. The only problem was that when it came to vote, the parliament’s power and sound system were cut.

“I brought my own sound system into the building and I set up technical mics and audio boxes. They voted using my mics and thanks to my sound system, the parties were able to start working together,” says Parfeny. Footage of politicians and musicians carrying Parfeny’s sound equipment into parliament made front-page news worldwide.

Parfeny as an electoral candidate?

In 2020, prior to the presidential elections that saw Maia Sandu elected as president, and then the follow-up parliamentary elections, Parfeny and Lautar were once again on the road thanks to a follow-up EED grant. They also released a number of online satirical sketches with famous comedians aimed to improve the population’s understanding and belief in democratic values.

During this period too, Lautar, held a series of additional events in regional towns and cities outside the capital. Similar to the previous series of concerts, these also included musical performances, comedy sketches and speeches from popular activists. This time too, working with the Moldovan Central Electoral Commission, they also held election simulations where members of the audience could vote for three theoretical candidates, all performers, with Parfeny as one of the candidates.

Parfeny is not forthcoming about how well he did in these mock elections, however, he relates that at least a quarter of all concertgoers took part, with children particularly active. “I am quite sure these children made sure their parents voted last July,” he says.

Today, with Moldova now headed by Natalia Gavrilita as prime minister, and Maia Sandu as president, both women members of the pro-European Action and Solidarity Party and their pledges to fight corruption, reform Moldova’s judicial system, support meritocracy and increase transparency, Moldova would seem to be firmly on a democratic path. Perhaps finally too, Moldova might be nearer to the ‘paradise’ Parfeny imagined in his Eurovision song ten years ago.