Youth of the World Together

Since 2015, Youth of the World Together has been teaching young people in Yemen to practice democracy and freedom of expression in their daily lives. 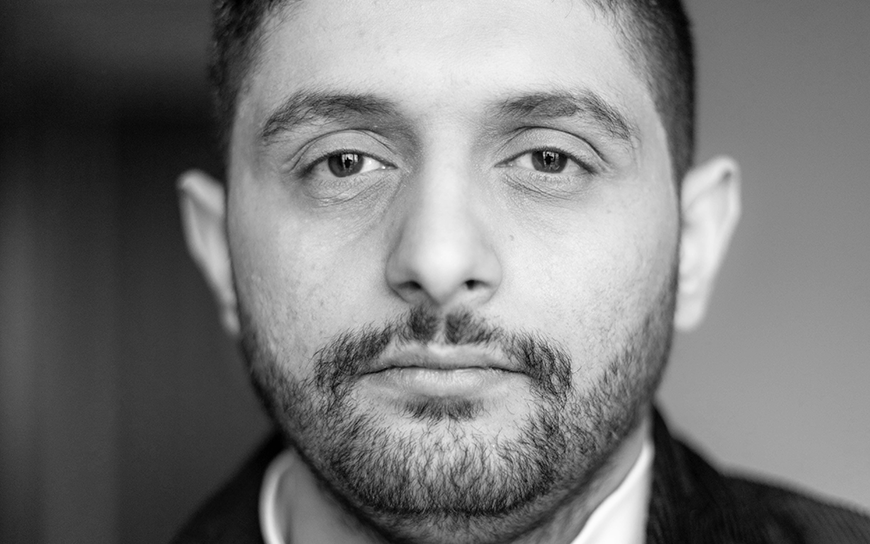 Nasser Almang, CEO and founder of Youth of the World Together (YWT), met his team in person for the first time last December.

A resident of the United States since 2011, his 22 colleagues, who include Atheer Al-Mujahed, director of YWT platform Etreek 24, Ezaldeen Abushaar, Digital Media Manager, and Layma Husseiien, Grants Officer, are all based in Sanaa, Yemen. “Before we worked together, I just knew them through social media,” he says.

It is unsurprising, given his experience of founding and building YWT into one of the most high-profile youth organisations in Yemen over the past six years, that he is a firm believer in the power of social media to nurture connections.

He explains that YWT focuses on arts and culture, media and technology, citizenship and human rights, and employment and entrepreneurship with an overall aim to provide platforms that encourage young people to make positive change in their community. To date, activities have included a human rights film festival with the third festival to be held this year, a programme focused on building capacity of young film makers, as well as economic empowerment initiatives.

“We are trying to build a younger generation that believe in human rights and democracy,” he says.

This is a challenging task in Yemen, a country devastated by seven years of civil war and suffering the world’s largest humanitarian crisis, with two-thirds of the population, or 20.7 million people, now requiring humanitarian assistance. But with over 60 percent of the population under 25, the young generation are Yemen’s best hope for the future, although, as the team admit, many have lost faith in democracy. 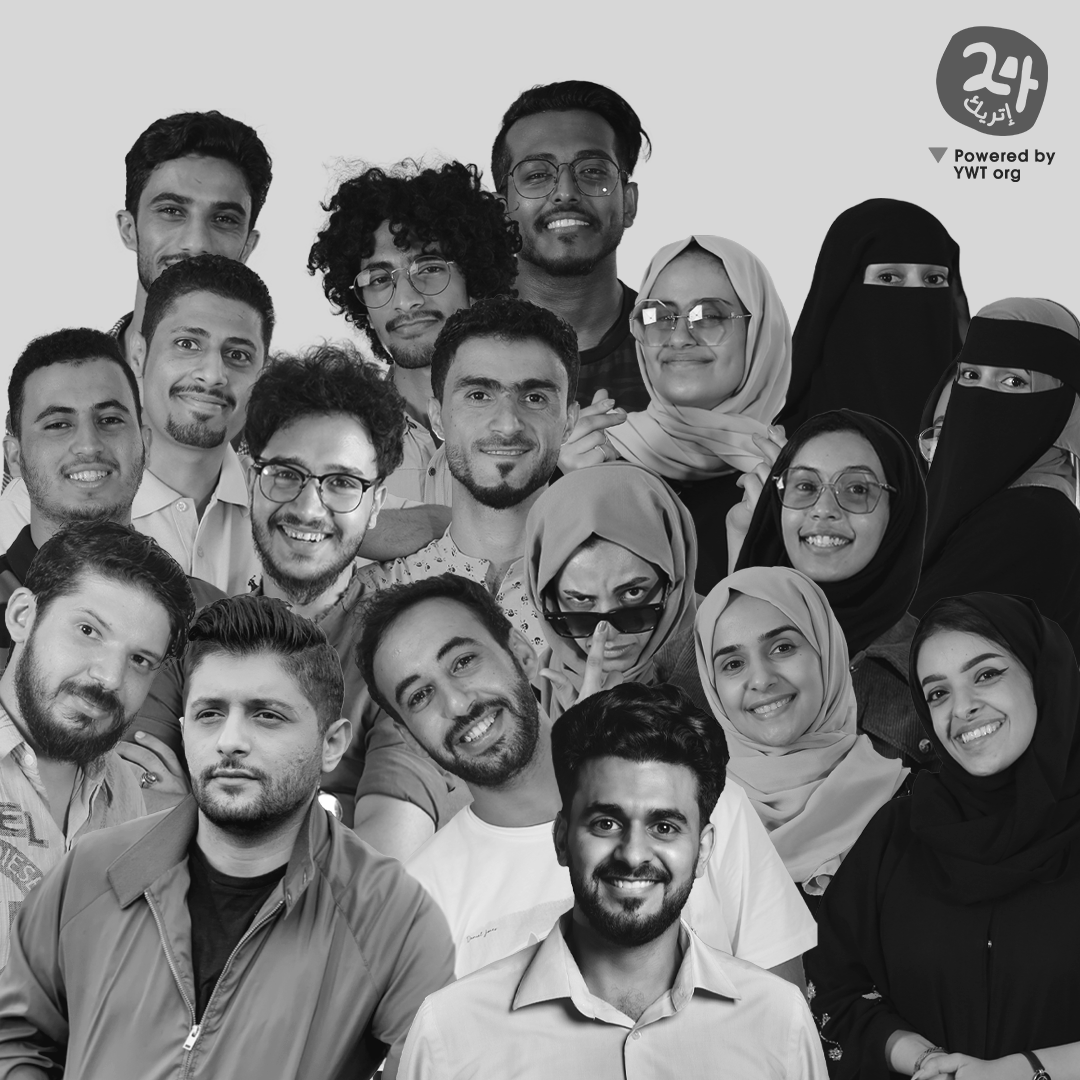 This was one of the reasons the YWT team decided to launch its seventh project in October 2020, Etreek24, an independent media platform that is building new awareness about democracy and human rights among young people. EED provided seed funding enabling the launch of this project.

Almang explains that ‘etreek’ means ‘flashlight’ in Arabic, a deliberate naming, as Etreek 24 is shining light on important issues 24/7 through its fact-checking of news, data visualising and daily videos on subjects that matter to young people. Recently, it also released an animation film about mental health among youth.

“Social media is easy to manipulate, and it is a source of fake news and hatred. We are helping people to fact check and are educating them not to believe everything they read. We want them to know what is really going on in our country,” he says.

In a country where most people get their news from social media, Etreek 24 is the only youth platform that has no affiliation with any political party. It also uses the spoken Arabic vernacular of young people.

Al-Mujahed sees Etreek 24’s role as humanising the news. “After so many years of war, people are numb to the statistics. When they hear hundreds of people have been killed, it means little to them. We go beyond the numbers to tell the stories of the people involved,” she says.

Etreek 24 has tens of thousands of followers on its various channels, including Facebook, Instagram, TikTok, YouTube, Twitter and WhatsApp, a medium YWT is now using to engage with young people’s parents. Some campaigns have had millions of engagements, but the team emphasise that it is the personal stories that they receive from their followers that affect them most. 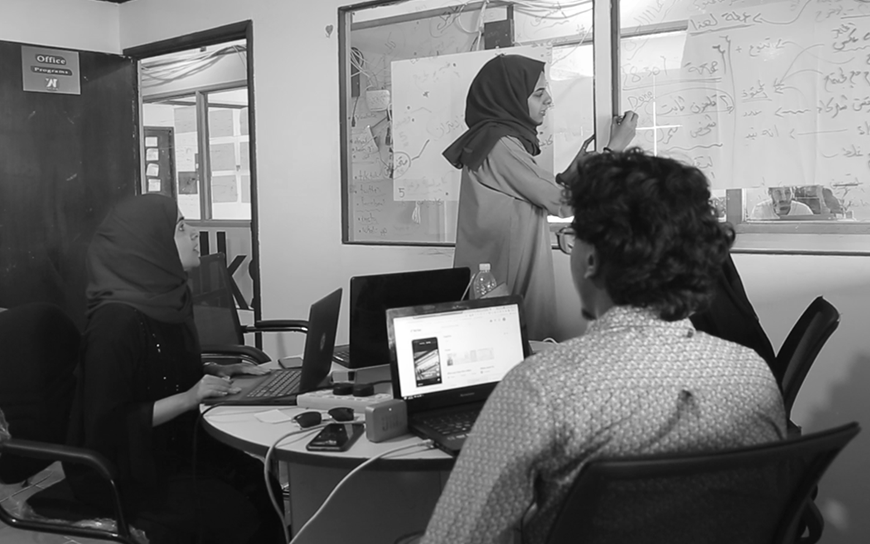 Raising awareness of blackmailing against women

Al-Mujahed tells of a recent campaign on the blackmailing of young women by former boyfriends, family members or even complete strangers who use stolen images and other personal data to frighten them. Some women end up paying off these fake blackmailers are scared of the consequences of telling their families.

“We did a campaign with 16 videos, and we shared the personal stories of women who had been blackmailed. We also featured specialists, such as photoshop and video experts to show how personal data can be manipulated. We were contacted by dozens of young women who shared their stories of blackmail, and many others who were looking for help. We are proud of the trust they have in us and how they open their hearts to us,” says Al-Mujahed.

Etreek 24 worked with local community radio stations as part of this campaign enabling them to reach out to youth with no Internet access.

As part of YWT’s overall work, the team also work with social influencers on an ongoing basis, including for the promotion of the Film Festival. Influencers supported the launch of Etreek 24, with some then joining the team that now run the project. Many influencers shared content during the anti-blackmailing campaign and others created their own content based on the channel’s material.

Sowing the seeds for change

When reflecting over the past few years, Almang believes that YWT’s biggest achievement is in changing attitudes within society.

“Yemen is a highly conservative society, but I believe that if we can get people used to doing new things, society can evolve. For instance, there were no women drivers ten years ago and now there are thousands of women driving and no one notices anymore. Similarly, there was no cinema in Yemen since the 1980s. Our film festival was only the second ever to be held in the country, and the first to be focused on human rights. Now there are a number of different film festivals. We showed that it is possible to hold a film festival and to have human rights as its theme. You don’t just achieve democracy by fighting on the frontline; we have shown that you can also build it by talking,” he says. 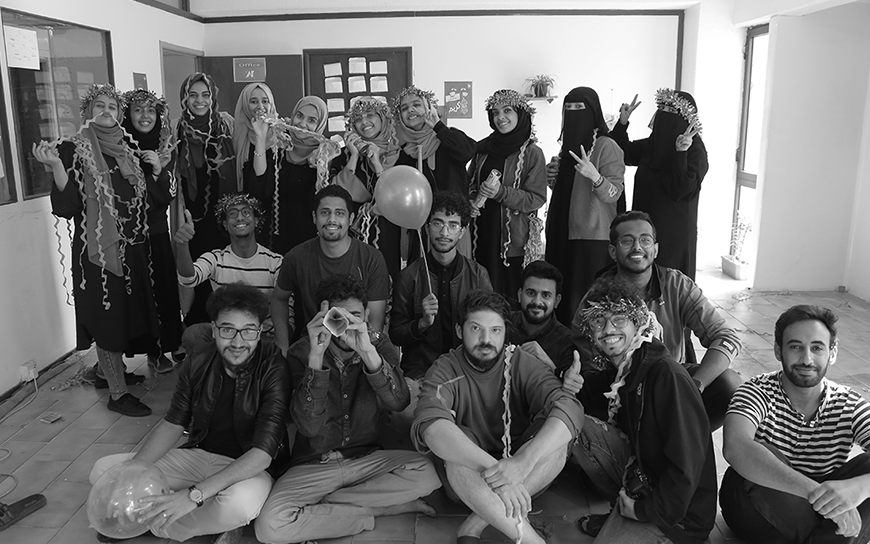 A team set for new challenges

YWT is now looking at developing podcasts, more YouTtube episodes and animations. Almang would like Etreek 24 to evolve into a separate company, possibly with various different platforms focused on different themes. As a technology-led company, YWT is also looking at possible solutions to help such victims of blackmail.

For the moment, YWT is focused on building the next generation of democracy builders. If its internship programmes is anything to judge by, there is great interest. A recent call for interns received 300 applicants in the first three days.

“We are building a new generation, not just in mentality. We teach them new skills like videography and copywriting and social media, which make them more employable. There are few other places where they can learn these skills,” he says.