A cultural cafe founded by three brothers in south-west Tunisia is now a hub of activity for young musicians, actors and cinema-lovers and is opening the door to new discussions on the world around them. 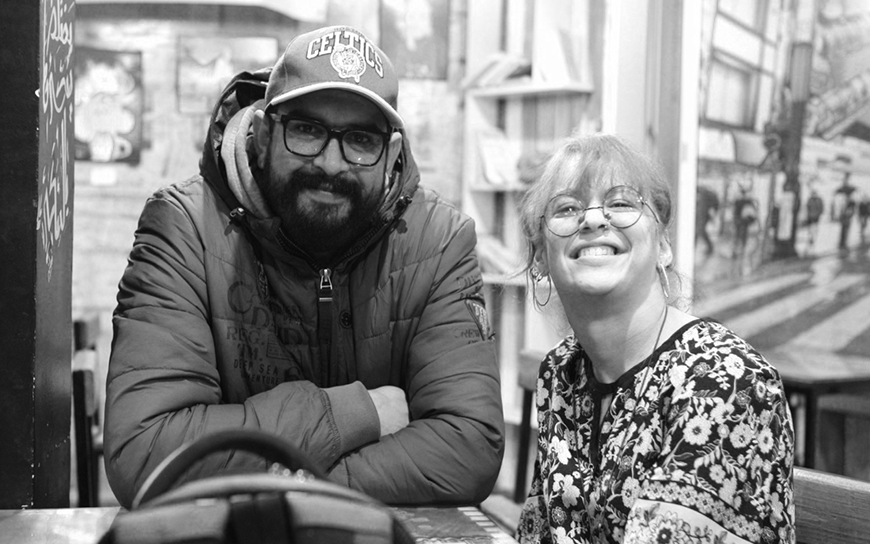 It was two years after the Tunisian Revolution when Amine Mansour returned home to Gafsa, a mining town in south-west Tunisia on the Algerian border, after eight years of living away. He found a town in crisis, with high levels of unemployment, rampant drug and alcohol consumption, and a large student population with no access to any form of entertainment.

Inspired by the energy and optimism of the 2011 revolution and with several years of student activism under his belt, Mansour convinced his brothers that Gafsa needed a venue where young women and men could gather freely and enjoy cultural activities, and that this would be way to revive the town’s dynamic cultural heritage. The brothers located a building right in the centre of the town to open a new cultural café, which they decided to call ‘Downtown Café’. 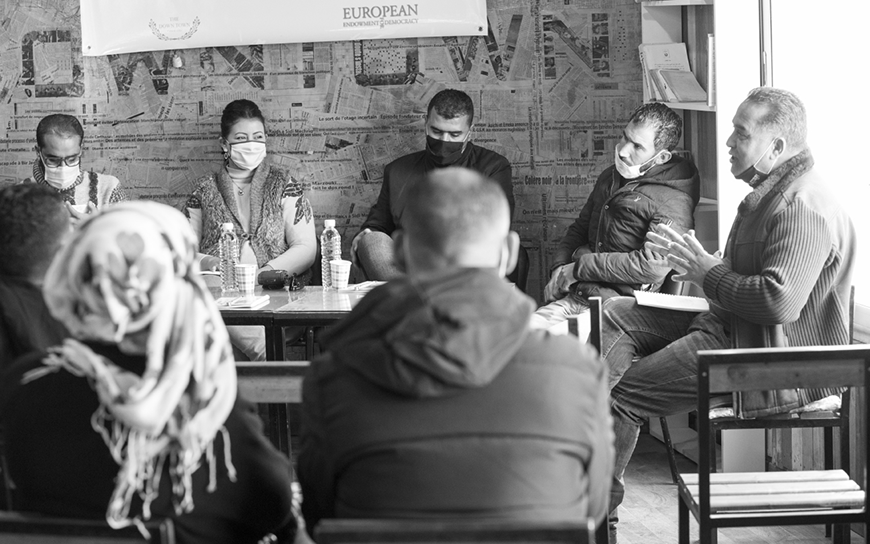 In those early days of Kahwetna, as the wider project is known, it was not easy to attract young people’s attention, according to Mansour. They just wanted a café where they could come and drink tea or coffee and chat; they had little interest in anything else. The brothers kicked off the café’s cultural programme by showing documentary shorts by local filmmakers.

“We knew that we had to keep the films short and they had to be on subjects that interested the youths. That was the only way we could persuade them to stay to watch the movies and take part in post-screening discussions with the directors,” he says.

He and his brothers also had to work hard to convince this traditionally conservative community to let young women visit the café. In 2013, there were no mixed-gender cafés in Gafsa and Mansour recounts that he visited many local families at the beginning to explain the concept of the cultural café to the students’ parents.

The brothers also ensured that the café‘s opening hours suited their young audience, many of whom are minors. They decorated the café in strong colours to make it attractive to youths and to give it a family-like atmosphere. They also went to great lengths to make sure the café was a safe space for young women, free of the harassment common in the city’s streets. 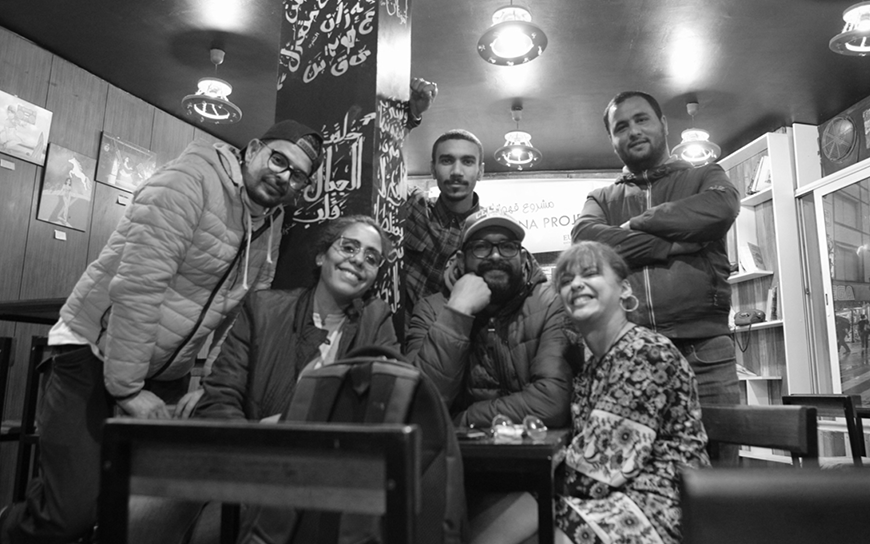 Eight years later, Downtown Café has survived a campaign of rumours and a backlash from the more conservative members of Gafsa’s community, thanks in part to the loyalty of a group of volunteers who became its backbone.

Political activists, journalists, photographers, and designers have worked alongside the brothers to develop Downtown Café into a cultural hotspot as well as a space for young people to feel comfortable discussing topical issues, which can range from sexually transmitted diseases to the President’s latest constitutional decisions. The team also encourage youths to get involved in shaping the world around them.

The café also hosts poetry slam events and has become particularly well known for its live music sessions and music videos. It recently launched a monthly newspaper with articles written by students and young local journalists.

Mansour is proud of what he and his team have achieved so far. “You can really sense a change in young people. Before Kahwetna, they had no reason to get involved in their community and there were no discussions on the issues that interested them. Now, more and more youth are becoming involved in civil society actions, particularly young girls. They feel freer to resist the pressures of our traditional patriarchal society.” 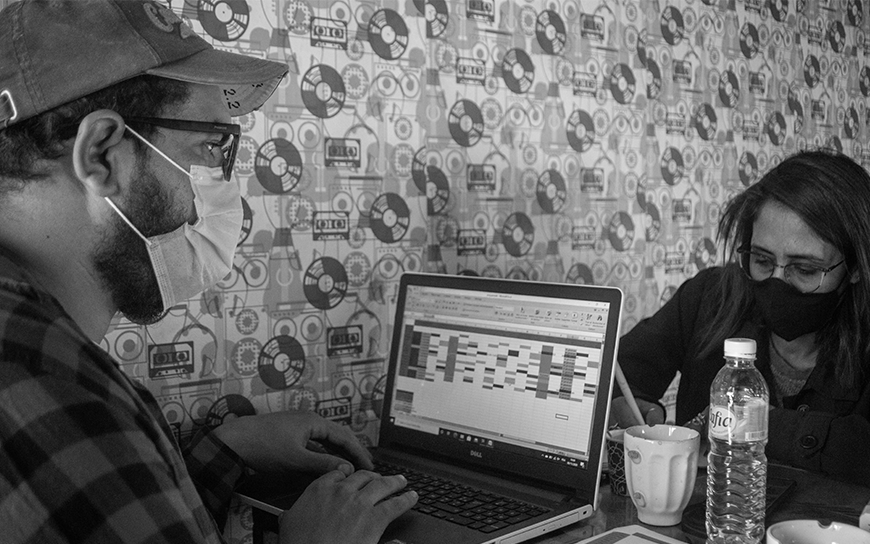 He remarks that a number of young people in Gafsa have embarked on successful artistic or journalistic careers, thanks to their involvement in the initiative, and this has brought about change in society. “Just being part of this café community gives young people a new confidence and teaches them skills that they can then bring to the rest of their lives.”

He admits that EED funding came at a crucial time for the café, just as the Covid-19 lockdown measures took effect and when the team’s own funds were at an all-time low. The EED grant covers core costs and the purchase of equipment needed to turn the space into the cultural hub it is today. 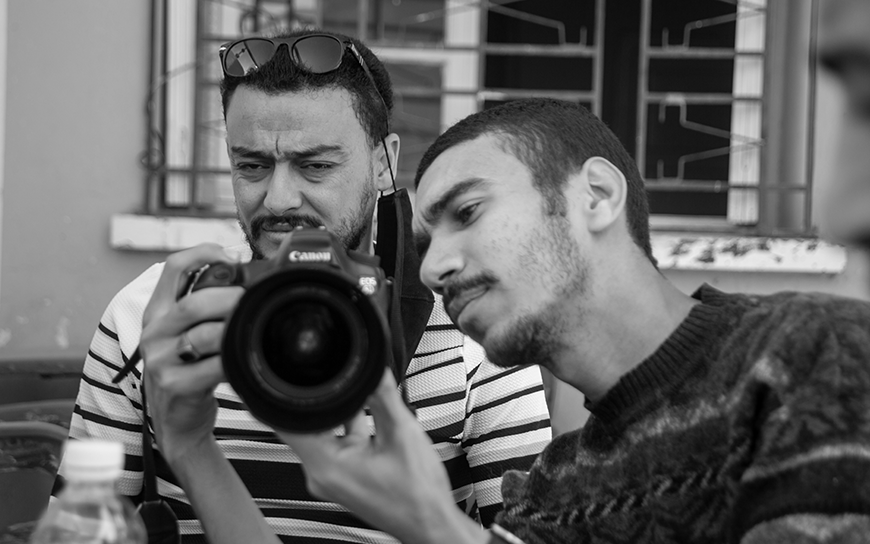 Now that Tunisia has opened up again from the pandemic-imposed lockdown, Mansour, his brother and his team of enthusiastic volunteers are planning more income-raising activities, including community fundraising and possible sales of their monthly newspaper.

One priority is to get proper recognition for Downtown as a cultural café; this is currently impossible in Tunisia due to legislation that limits this nomenclature to individuals from defined cultural professions. In the meanwhile, the team continue to develop the café as a cultural space and a safe space, where all young people, particularly young women, can feel comfortable and motivated to positively contribute to the life of their city.