The Moroccan Institute for Policy Analysis is an up-and-coming think tank providing policy recommendations to institutions and organising training sessions for young researchers. 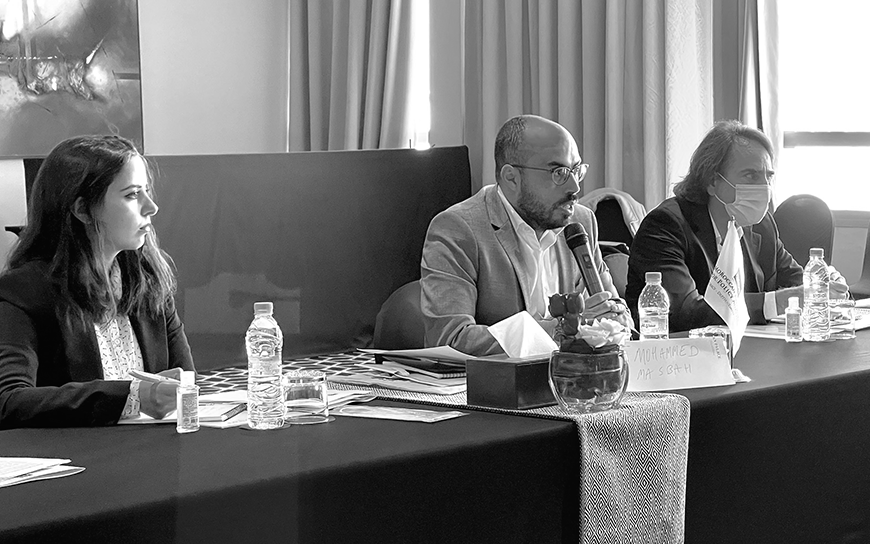 Mohammed Masbah founded the Moroccan Institute for Policy Analysis (MIPA) in Rabat when he returned to Morocco after working for seven years in think tanks in Germany, the United Kingdom and the United States. He had a vision of a think tank that could bridge the gap between Moroccan researchers and policy-makers and train a new generation of policy analysts.

“I had the original idea, but it was a team-effort to set up MIPA. I worked together with a number of young researchers,” he explains in conversation with EED, noting too that it was thanks to a start-up grant from EED that MIPA was able to kick-start its activities.

Masbah wanted to establish a local organisation that was rooted in Morocco but abided by international standards, which is also why MIPA publishes its research in both Arabic and English.

“Many researchers in Morocco still use French,” says Masbah. “At MIPA we prefer English, the international language of research, and of course Arabic, to make our research known to the local community.” The Institute has close working relations with many international think tanks, including the German Institute for International and Security Affairs, Chatham House, the European Council of Foreign Relations and Carnegie Endowment for International Peace. 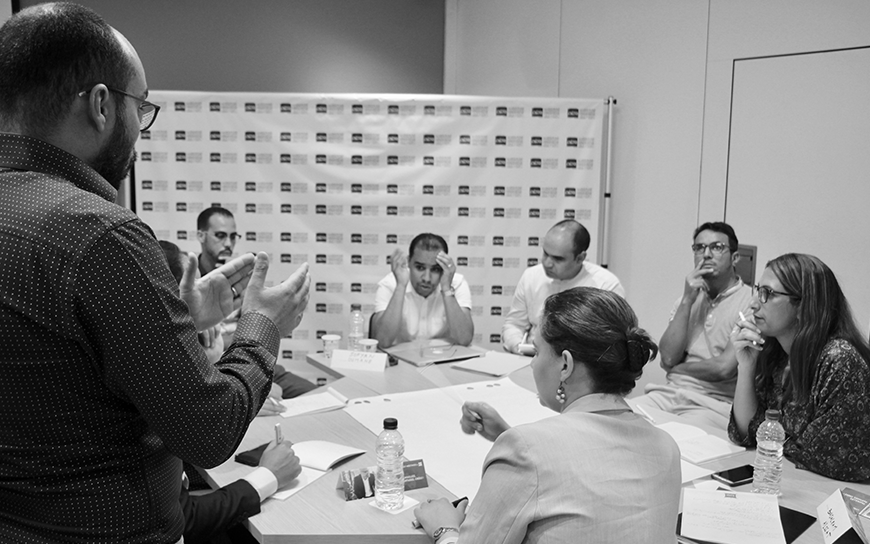 MIPA focuses on different facets of domestic policies in Morocco, from institutional reform and democratic transition to economic development and social movements, the areas of specialisation of its various members. A sociologist and political scientist, Masbah’s main areas of interests include youth, democratisation, and political Islam. Other members of the team are experts in economics, political science and international relations.

To make its policy suggestions heard, MIPA is building ties with different levels of the government in Morocco. “Think tank work is relatively new in our country and there’s a very delicate balance in trying to build these relationships while maintaining our independence,” explains Masbah.

MIPA works closely with local and national government and politicians. The institute regularly invites key individuals to events where it presents its research, and also involves them in the research process. Masbah relates that they recently involved MPs in a report on trust in the parliament. Senior staff from different ministries have come to MIPA’s training sessions, and the Institute regularly holds advocacy meetings and briefings with politicians and diplomats. 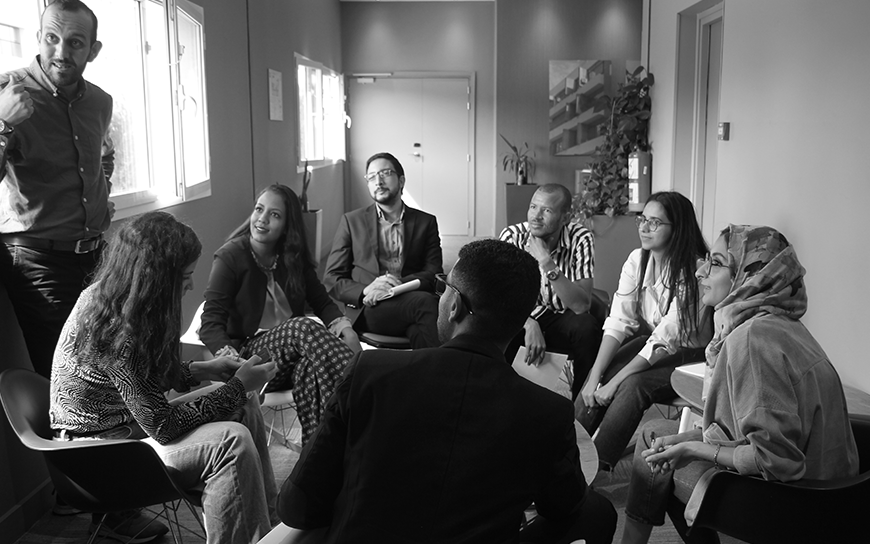 Training a new generation of researchers

According to Masbah, it is MIPA’s training and capacity-building activities that distinguish it from other organisations. One of the main aims of the Institute is to create a new generation of think tankers , researchers and policy analysts in Morocco. MIPA wants to support the work of under-35 researchers, who they view as more dynamic and less academically-oriented

“When we first established MIPA, we thought that before we started publishing policy papers, we had to build the capacity of young researchers, and teach them how to write policy analyses rather than just academic writing,” explains Masbah. The MIPA team developed a curriculum and a writing skills toolbox, and started conducting intensive two-day training programmes. They identified key researchers and invited them to attend the training, and they also published an open call to reach all potential researchers in the region.

During both, the training days and the follow-up phase, the team works closely with the participants, helping them create the policy papers. “When they finish the course, they can use the skills they acquired in their own field, be it research, journalism or public administration,” says Masbah. 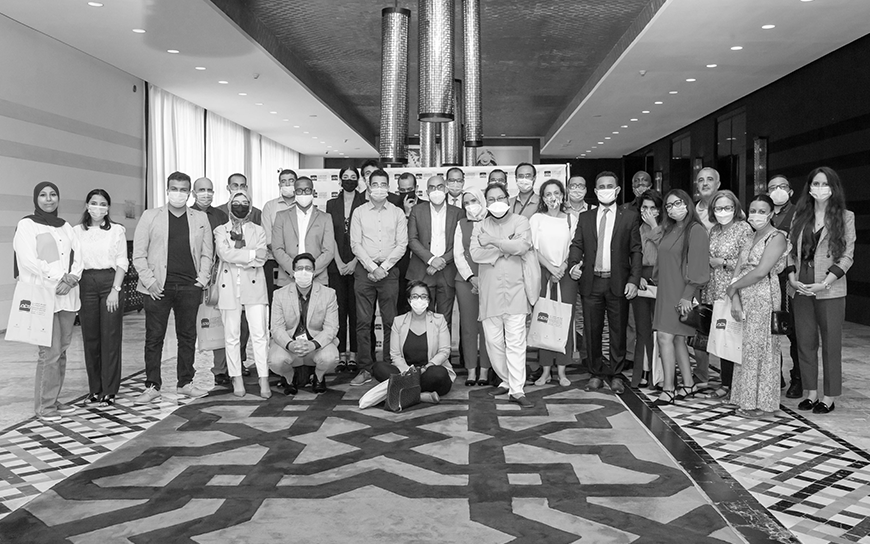 Working with both decision-makers and civil society

He considers MIPA’s biggest success the ability to get the attention of decision-makers. “Both the media and decision-makers take us seriously; our voices are being heard”.

Masbah notes the importance of working closely with civil society. The Institute is currently implementing a project on civic education in Morocco that is building a dialogue between policy-makers and local NGOs. The main focus of the project is to build the capacity of civil society organisations to protect their rights.

During last year’s lockdowns at the beginning of the Covid-19 pandemic, MIPA had to suspend its training sessions and concentrated its work on reports and surveys instead. For instance, they conducted a survey on how Moroccan citizens saw the government’s anti-pandemic measures.

As life is slowly returning to normal, in-person training activities have resumed since September. The team has expanded during the pandemic, going from four to ten members, as a result of increased funding and MIPA is working on strategies to ensure long-term financial stability.

Masbah has ambitious plans for MIPA. “We want to scale up our work and become a point of reference for think thanks not just in Morocco, but in the rest of North Africa as well. We also want to involve more people living away from the capital. We have already had people travelling more than 800 kilometres to attend our training courses; we know the interest is there,” he says.