Paving the way for women journalists and politicians in Gaza

The South Women Media Forum, founded in 2005, plays a crucial role in empowering Gazan women to take a more active role in public life and politics. 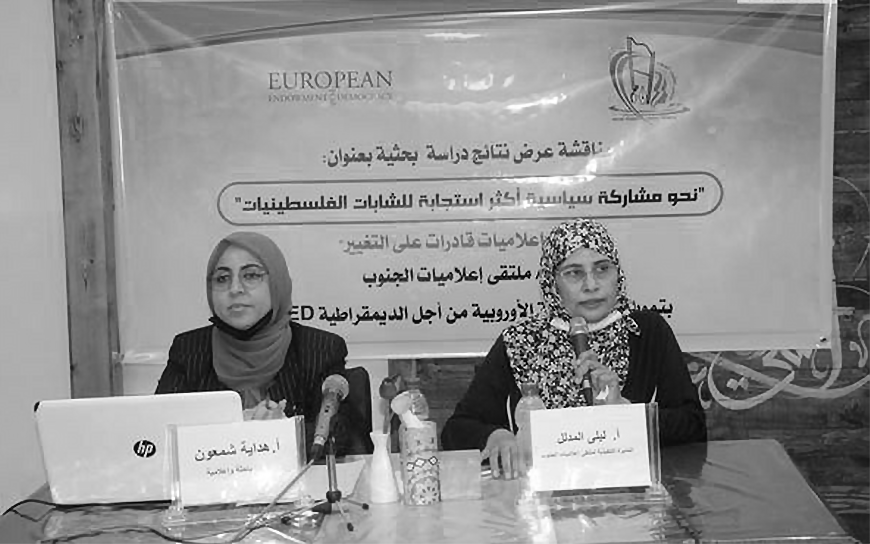 Laila Saleh Almodal was among the first cohort of women journalism graduates in the 1990s in Gaza - there were only seven of them that year. Now, there are thousands of media studies graduates each year, over half of them women, with women journalists making up 17 percent of working journalists.

The South Women Media Forum, that Almodal helped to found in 2005 and now heads, has been instrumental in empowering these women journalists and in enabling them to take a more active role in Gazan public life and politics.

“In the past, journalism was not really seen as a ‘real job’. Anyone could become a journalist and there was no professional organisation or standards. That was what gave us the idea of founding the South Women Media Forum. We wanted a way for three of us graduates to come together and we wanted to help train other women journalists,” she says.

Almodal explains that the Forum specifically targets women in Khan Yunis and Rafah at the southern end of Gaza that borders Israel, a region whose inhabitants include some of the most marginalised communities in the Gaza Strip.

According to Almodal, the Forum is unique in bringing together Palestinians of all political affiliations and backgrounds. 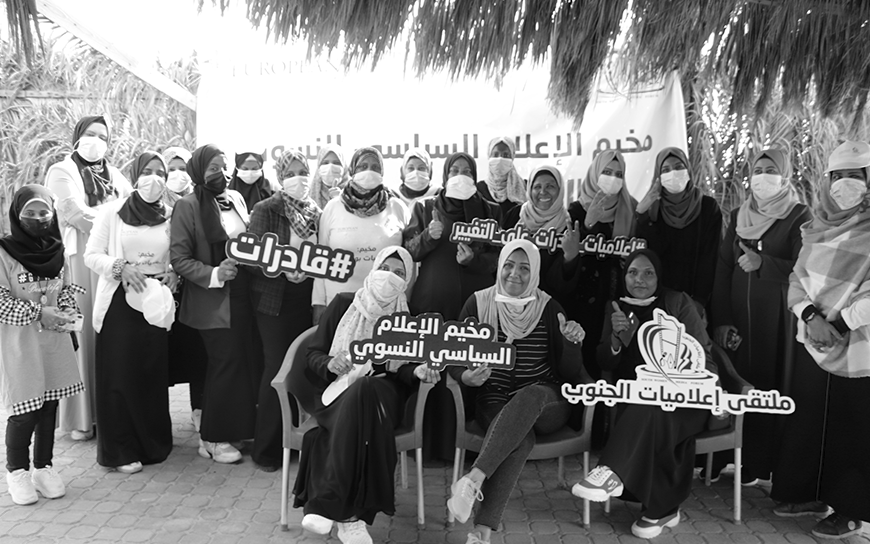 Filling the gap in media education

She relates that the curriculum of university media degrees is often of poor quality, with a focus on theory and little practical teaching. The Forum seeks to bridge this gap, informing women journalists of their rights and of professional standards in journalism and teaching them about new media technologies, including, for instance, how to work with social media. In addition, these young journalists are taught about advocacy and the role that media can play in democracy.

The Forum recently ran its second School for Investigative Journalists for students. It also organises events open to the general public on investigative journalism, presenting cases, explaining the process and the challenges of bringing guilty individuals to justice. “One thing we always tell our students is to record interviews. That way they have physical proof of what is said,” Almodal explains.

A grassroots organisation run on a tiny budget, the Forum has relied for years on volunteer work and donations from its founders. Yet it is making a real difference for Gaza and for Palestine, as it addresses traditional patriarchal attitudes and helps women journalists, and women in general, to find their voice in politics and society. 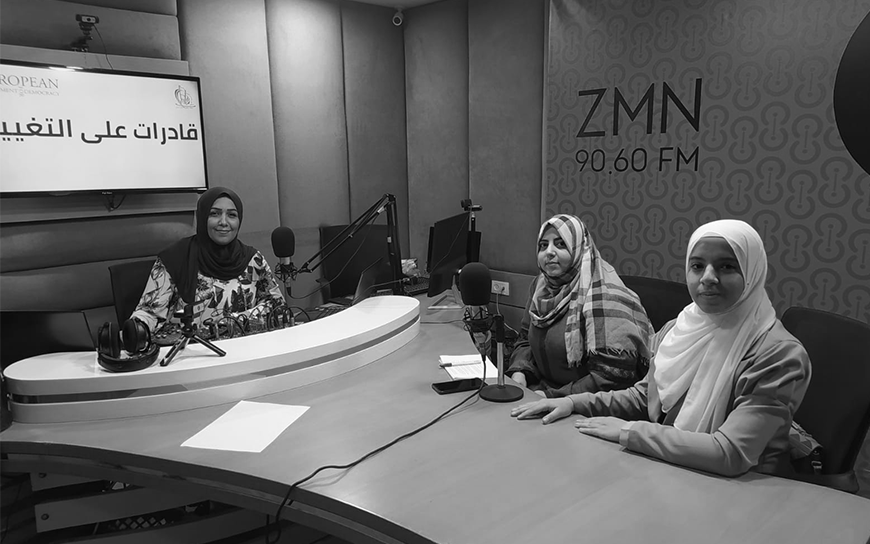 Advocating for change in Gaza

Advocacy is a key part of the Forum’s work. For instance, thanks to the Forum, Gazans now have access to improved healthcare facilities.

“There was a proliferation of semi-legal birth clinics in Gaza and many women were dying in childbirth. We led an investigation on these clinics and published our findings on social media. Thanks to this pressure, the Ministry of Health took over supervision of the clinics,” she says.

Another advocacy campaign will see the opening of a hospital in Rafah, an area that is home to over quarter of a million people, a move long resisted by the Ministry of Health.

According to Almodal such changes can only happen if there is a demand from society as a whole. “A large part of our work is building a new sense of community in our region and putting women at the centre of change,” she says. But she notes that the Forum’s approach is not to criticise the authorities, but to be proactive in pushing for issues to be addressed. 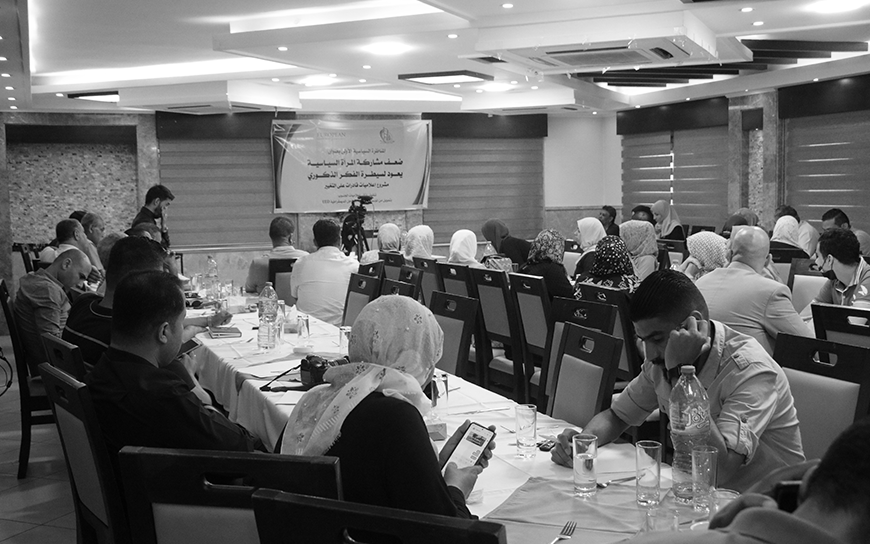 As part of EED’s grant, the Forum is encouraging more women to enter the political arena. “We noticed that only older women are involved in political work; there were few young ones. We carried out research to work out the reasons for this and we ran training sessions for women journalists. We then opened this training to other graduates, including young women who were already members of political parties. We coached them on advocacy, writing and networking skills. Soon we could see the effect of our training, as the participants later came out with strong statements on political campaigns and began to meet with political representatives,” she says.

This project was implemented at a very difficult time for Gaza, during the COVID-19 pandemic and the May 2021 war, and she relates that the team went online for this period, as they were all confined to their homes.

As part of this project, the Forum has also produced a number of radio episodes with interviews of women from different Palestinian parties, as well as those working with the local syndicates. These episodes were well received and have been aired many times. 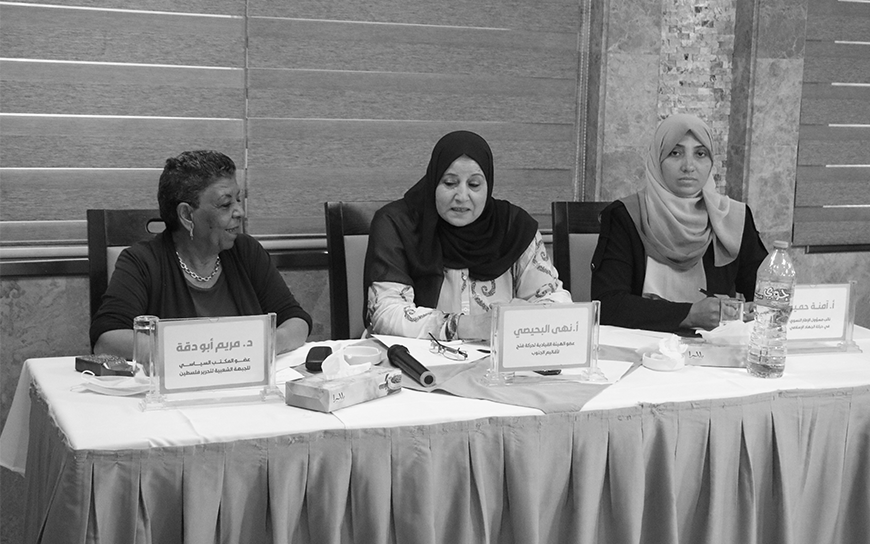 Surviving despite the odds

Almodal admits that, when the South Women Media Forum was first established, many did not believe it could survive; she notes that the Forum’s existence and success today has only been possible thanks to the enthusiasm and funding from volunteers, in addition to small donations from funders.

“We were determined to continue, to build a better society and to challenge the status quo. I believe we are making a difference. We are addressing women’s needs, and we do things in innovative ways. We bring new ideas to the table,” she says.

She relates that at a recent event, the Forum brought together three men and three women from three separate political parties, a rare precedent in Palestinian society, in a debate to discuss why so few women participated in political life. At the end of the event, the men unanimously agreed that women should participate in political processes, a win as far as Almodal is concerned.

In fact, she believes that the Forum represents the seed for wider change in Gaza. She narrates how, during one of the Forum's events, a male politician announced: “When women are given political positions, their work is not tainted with corruption.” She sees this statement as a sign of a shift in society’s thinking. “I am proud to be part of this journey,” she says.