The lawyer for the vulnerable

Until 2019, there were few Ukrainian lawyers defending vulnerable people who experienced discrimination. That changed when young lawyer Vitaliy Matveyev appeared on the scene. 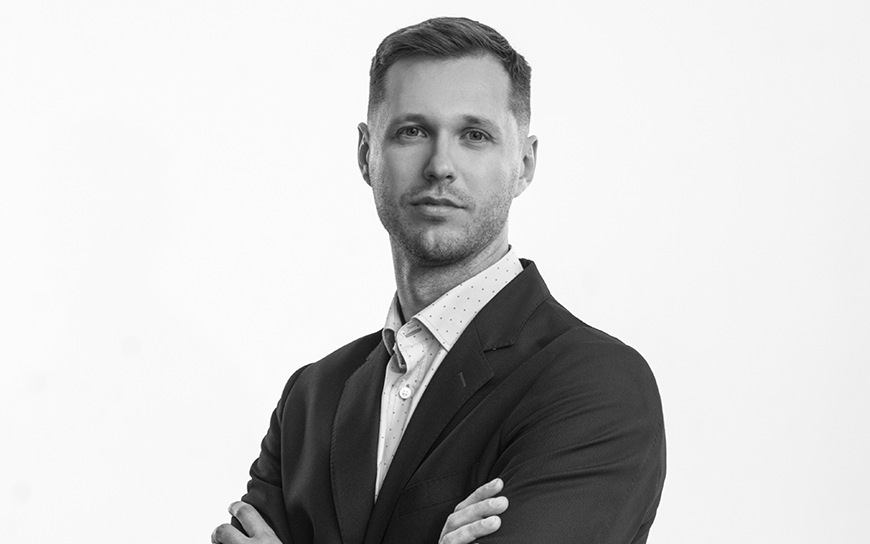 Vitaliy Matveyev was still a law student in Odesa when he embarked on what was to become a career defending those often forgotten by the legal profession: vulnerable and marginalised groups. In those days, in 2010, he just felt a strong need to help other people. It was several years later that he founded the NGO Projector.

Like many young graduates, Matveyev initially followed the standard legal path, embarking on a commercial banking career, although he never forgot his first interest. “I continued helping NGOs and civic activists in a voluntary capacity. It was only in 2018 that I began to focus professionally on this work, when I was approached by a prominent legal-assistance NGO.”

He admits that this was a turning point in his life, which had profound consequences not only for him but for those Ukrainians who were experiencing discrimination in their daily lives.

Another turning point was when he discovered that a former colleague, an HIV-positive woman, realised she was banned by law from adopting a child.

“I was shocked to discover that a 2005 law prohibited HIV-positive people from adopting children and that the law also included a long list of other categories of people, like transgender persons, also were also denied the possibility to adopt children, I decided I had to do something,” he says. 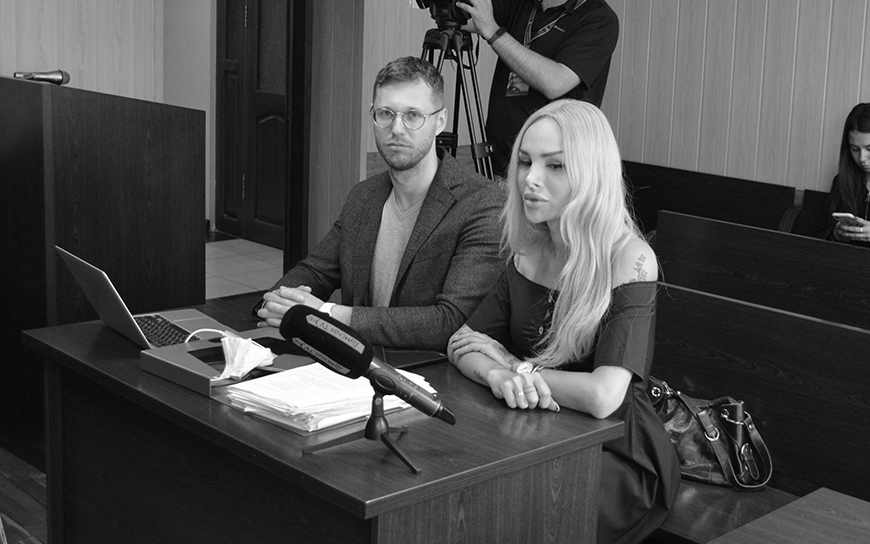 Ever the lawyer, he lodged a legal claim against the Ministry of Health for the violation of the Ukrainian Constitution and the European Convention on Human Rights. It took two years of court hearings but his persistence led to a victory in that case.

Matveyev became well-known in Ukraine after this landmark legal victory. He was invited to speak on TV talk shows, gave interviews and took part in public discussions. Over time, his name was at the tip of the tongue of vulnerable and marginalised groups who had experienced discrimination of their civic rights. Most importantly for him, the discriminatory law from 2005 was eventually amended.

“I began to receive hundreds of letters and messages from people across the country, who faced similar challenges as my former colleague,” says Matveyev.

“I found out about terrible cases. To give one example: a grandmother could not adopt her grandchildren, whose parents died in a car accident, because she was HIV-positive. In other cases, people wanting to adopt children admitted to bribing doctors so that their HIV-positive status was not featured in their medical reports,” he says. 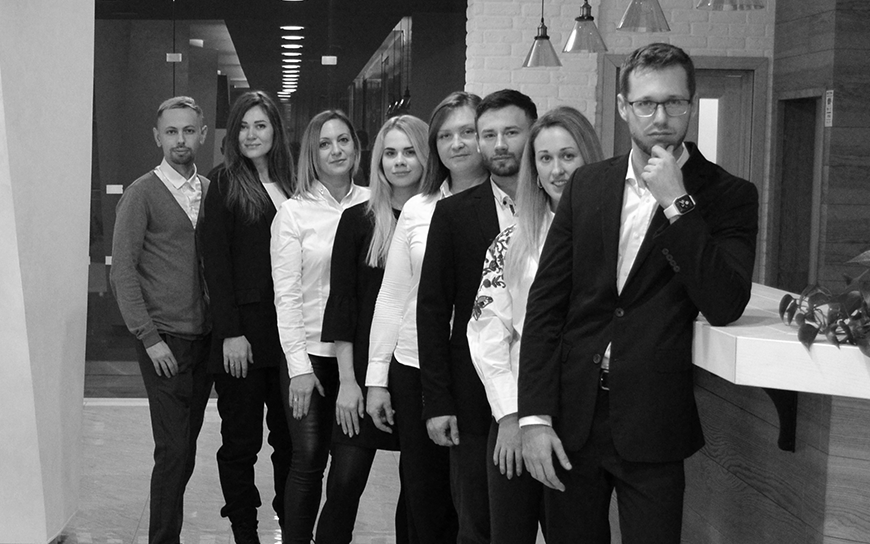 The launch of Projector

Appalled by the scale of the problems people faced, and the lack of assistance available to them, Matveyev decided to take on the mantle, and he and a friend decided to found Projector, an NGO focused on providing legal and psychological assistance to individuals and advocating for the rights of vulnerable and marginalised groups of citizens discriminated against.

But their work is not confined to legal and psychological assistance. “We were keenly aware of the need to inform Ukrainians about discrimination so that they could empathise with the challenges faced by others: such as LGBTQI+ people, HIV-positive people, victims of domestic violence, and medical workers affected by Coronavirus,” he says. “Today we have media communications plans and we work closely with media and activists who defend the rights of these groups”.

Projector is making its mark in Ukrainian courts. So far, they have won more than 70 percent of their cases in southern Ukraine and Kyiv.

According to Matveyev, Projector is now the main ‘contact point’ for LGBTQI+ clients, HIV-positive individuals and other discriminated groups, and their work and reputation stretches well beyond the NGO’s hometown, Odesa. The Projector team of seven, including lawyers and a psychologist can barely meet the growing demand for their services.

“We work by the principle that we will provide all support our clients need; we will help any victims of discrimination in any instance,” says Matveyev. “Even if these are just small issues – such as traffic accidents – we advise them on how to defend their rights”.

The Projector team have also developed a practical toolkit for people from the LGBTQI+ community on how to act and behave on the internet, especially on dating websites.

“Many of our clients from the LGBTQI+ community have been victims of blackmailing when they disclosed their sexual orientation on such sites. Their data was then stolen by various scammers, which then led to harassment, threats and attacks, so we faced an objective to teach our clients to defend their rights themselves”, he says. 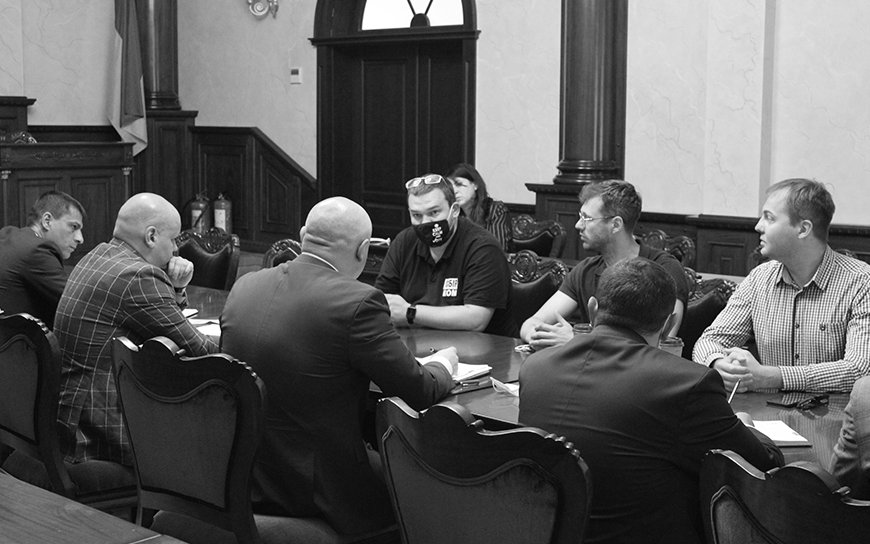 Matveyev and his team provide all legal and psychological services pro bono, largely thanks to EED core-funding support.

“This work is more than a full-time job, but this financial support means we can provide the help our clients need for free. We know there is a huge demand for such legal and psychological services, and the state is not able to fill this gap,” he says.

He and the team are now working with a mentor provided by EED to develop a strategic plan that will make Projector self-sustainable, and this will include a partial fee for legal services from clients, in cases where they can afford it. Matveyev also hopes to expand the project to other cities where there are also huge needs.

He believes that attitudes are changing in Ukraine towards marginalised groups.

“Ukrainians, especially young people, are showing more tolerance and understanding towards the LGBTQI+ community, HIV-positive people and other stigmatised groups. I firmly believe that it is the proper application of principles of the rule of law and our attachment to European values that are enabling this fundamental change in the public mindset,” he says.