Reporting the news from and about Crimea

Black Sea News has been recognized by leading experts and international organisations, including NATO and the EU, as a reputable source of highly valuable objective information and analysis on Crimea, the Ukrainian peninsula temporarily illegally occupied by Russia. 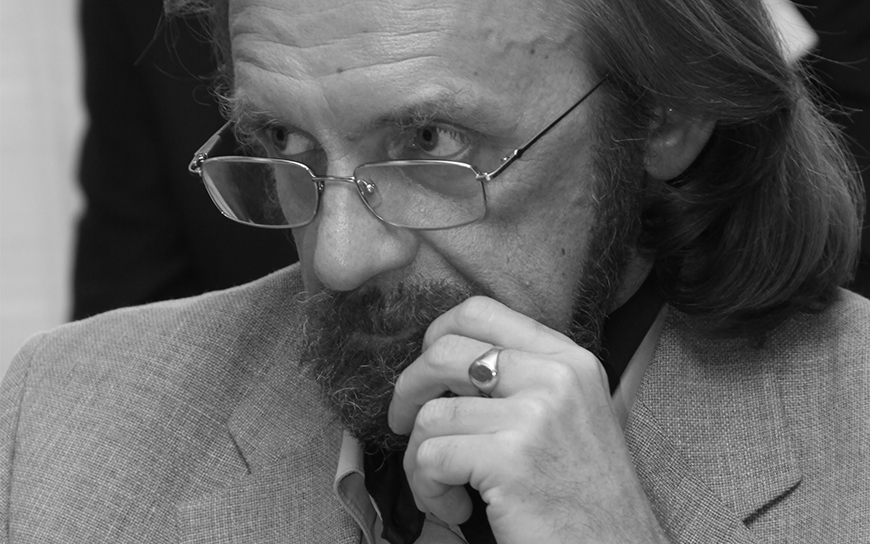 Last August, the long-awaited Crimean Platform summit, attended by 46 democratic countries, took place in Kyiv. One participant’s name, Andriy Klymenko, is immediately associated with Crimea. An engineer of automatised systems of education, Klymenko is editor-in-chief of the bilingual Black Sea News (BSN) portal, which he co-founded in Yalta in 2010.

“Distances in the Black Sea basin between individual countries are quite small, but the various nations barely knew what was happening on the opposite shore of the Black Sea,” explains Klymenko when asked why he and his team of Yalta experts first launched Black Sea News.

He and his colleagues were also well aware that Russian military presence in Crimea was a key factor influencing the whole region as well as a political risk.

Klymenko was one of the first analysts to ring alarm bells in September 2013, when he predicted Russian military operations in the peninsula, a few months before the Ukrainian Revolution of Dignity and the subsequent illegal annexation of Crimea.

He reiterated this warning twice more: in January 2014 and on 22 February 2014, after the victory of the Revolution of Dignity.

The following day, Klymenko and his associates made the decision to cover events in reports for both Ukrainian and international audiences from a safe location in Yalta. Overnight, BSN became a Crimean press agency with its finger on the pulse.

The portal established a wide network of correspondents across Crimea and were in direct contact with Ukrainian navy personnel, soldiers and officers besieged by Russian troops. They reported all details of the situation on the ground.

The BSN portal quickly gained worldwide recognition. “I gave hundreds of interviews in March 2014 to Ukrainian and international media,” says Klymenko. “Of course, this had negative consequences too as the Russian secret services became interested in us.” 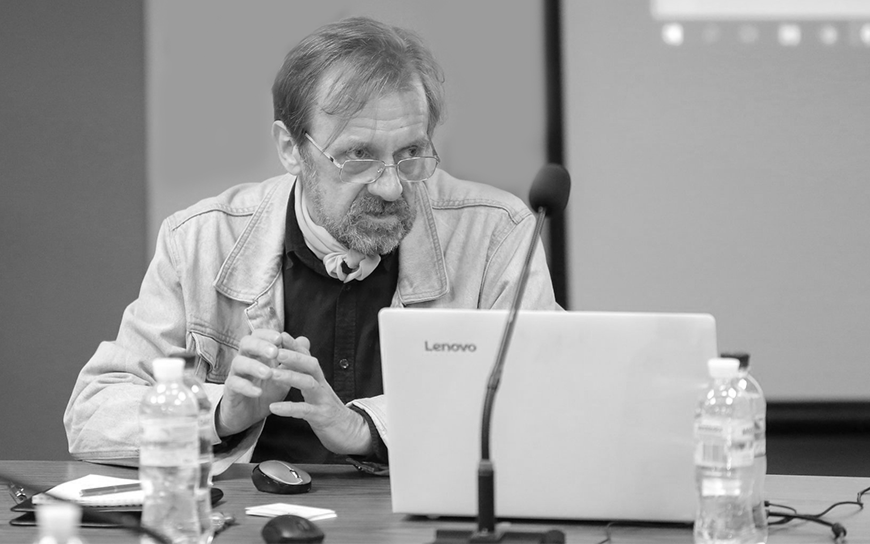 A dramatic escape from Crimea

It was on 6 April 2014 that Klymenko and his team realised they needed to leave Crimea, following warnings that they faced imminent arrest. This was also the day that the last Ukrainian navy personnel left the occupied peninsula. They boarded a train from Simferopol to Kyiv – trains were still running then – carrying only their most essential belongings. They had to leave behind their businesses, apartments, cars and all other personal effects.

“The military were already checking people at the railway station in Simferopol, so we deliberately bought tickets to first-class compartments, as these passengers were not controlled so thoroughly,” remembers Klymenko. “We were relieved to see the first Ukrainian officers in the Kherson region, when we passed the border. We realised that we were safe!”

An honour to be called ‘a terrorist’ by Russia

The team immediately resumed BSN’s work on their arrival in Kyiv, although the Russian secret services continued to pursue Klymenko and other team members.

Following a well-publicised appearance in front of large crowds of American experts and journalists, this time at the Atlantic Council briefing on Crimea in Washington DC, when Klymenko argued that Putin is a combination of both Stalin and Hitler, the Russian secret service FSB launched a criminal investigation against him. Klymenko was charged with terrorism and extremism for questioning the territorial integrity of the Russian Federation by calling Crimea part of Ukraine.

His name appeared on the Russian list of official ‘terrorists and extremists of the Russian Federation’. Klymenko laughs at this, “Actually, this is a recognition by the Russian authorities that we are doing things right! I am honoured to be on that list together with such outstanding people like the head of the Mejlis of the Crimean Tatar people, Refat Chubarov, the film director Oleh Sentsov, the well-known Ukrainian journalist, Mykola Semena and other friends and associates in Crimea”. 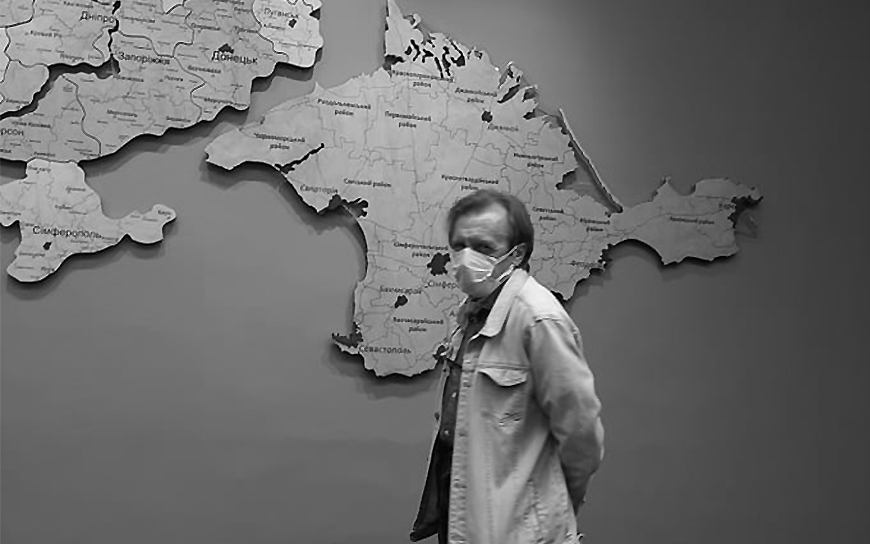 No Western sanctions without the feedback from BSN

When asked by EED why the Russian authorities react so nervously when it comes to BSN, he is sanguine. “After we relocated to Kyiv, we decided with our editorial team that we would focus our attention on documenting and monitoring all possible breaches of international law, human rights and Western sanctions in Crimea.”

BSN publishes the only systemic overview of restrictions on freedom of navigation in the Black Sea and the Sea of Azov and provides evidence of violation of international sanctions banning foreign planes and ships from entering Crimean ports or landing in Crimean airports.

Klymenko and other experts of BSN are often invited by Western partners, foreign embassies or international organisations to give briefings on the situation in Crimea. Information provided by the portal is often used by these international actors as a basis for imposing additional sanctions against Russian Federation.

“I am always delighted to read my sentences in important international documents, like the European Parliament resolutions on the situation in Crimea,” says Klymenko, noting another important aspect of the analytical work of Black Sea News experts. 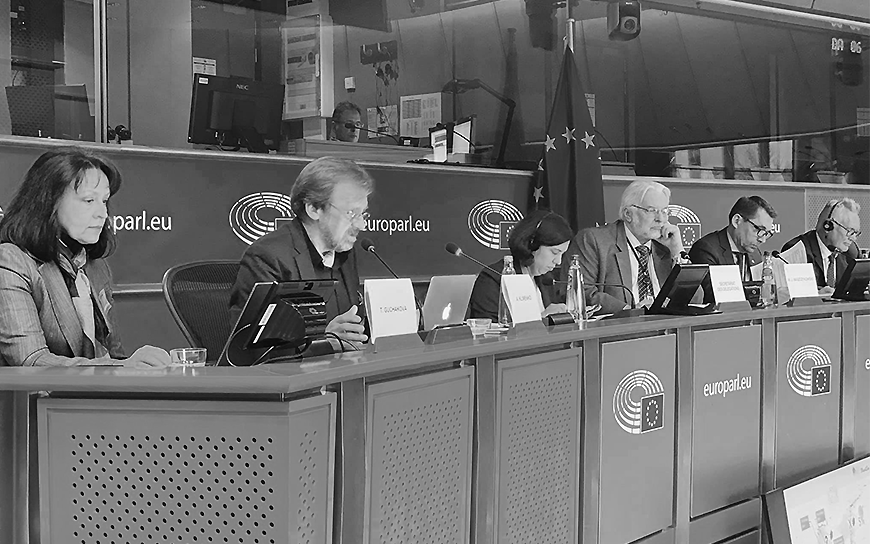 Relations with the state and donors

Together with his colleagues, Andriy Klymenko wrote the very first ever de-occupation strategy for Crimea in the summer of 2014. It took seven years for the Ukrainian authorities to follow up and devise the official state strategy on the same subject in 2021, which Klymenko was also invited to contribute to. He believes that this might signal a change by the authorities towards initiatives like BSN.

He notes too that few donors understand the need to support think tanks. “They prefer more publicly visible outcomes of their support such as conferences, flash mobs, and other events. Often their funding is short-term,” he says. He is especially grateful to EED for funding BSN, which is allowing the organisation to plan for a period of over one year, the minimum required for any advocacy operations.

Klymenko believes that soon the Ukrainian authorities will fully avail of the potential of BSN and will provide financial support too. Western donors, such as EED, serve as an inspiration.