A human rights organisation is reaching audiences throughout Armenia and among the diaspora with its alternative education hub providing space for public discussion on democracy issues. 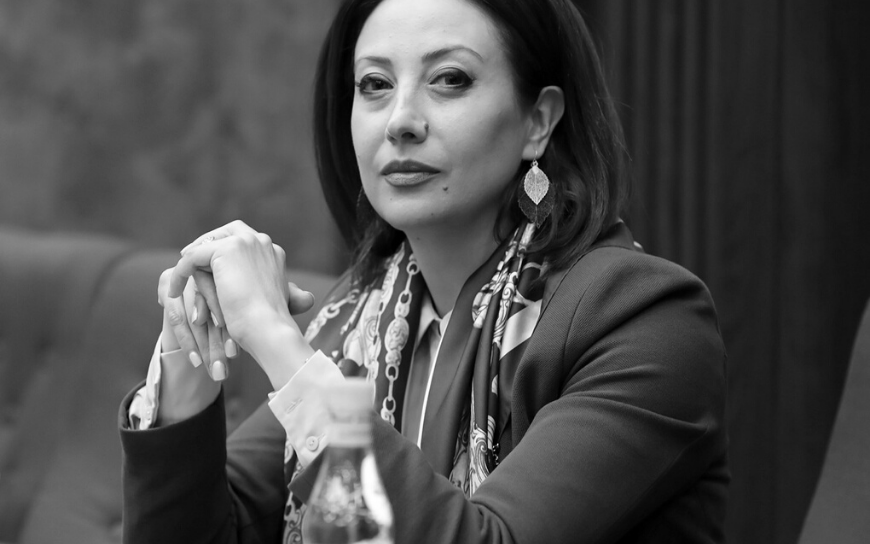 There are two things that define Gayane Abrahamyan: justice and action. In her distinguished 22-year career as a newspaper and television journalist, she was consistently drawn to issues of social justice. Writing about these problems was not enough and Abrahamyan eventually became a human rights defender, and – for a time – a parliamentarian.

As an Armenian citizen, this drive to change society for the better hasn’t made life easy for Abrahamyan, and yet she is one of the clear voices of hope in Armenia, not least through her most recent work as leader of the human rights organisation For Equal Rights, which she founded in 2016.

Armenia is going through a difficult phase in the wake of the 44-day war in 2020 with Azerbaijan over the long-contested region of Nagorno-Karabakh. The war, which ended in defeat for Armenia, has been a major shock to the system for the nascent democratic government in place since the 2018 Velvet Revolution.

For Equal Rights was granted emergency bridge funding from EED for seven months in March 2021. One of the main objectives of the funding was more sustainability for the organisation (also known as Article 3 Club), which plays a crucial role in counteracting narratives that seek to discredit democracy.

In the aftermath of the recent war, disinformation from external and internal actors is rife. One of the current prominent narratives is how democracy weakens national security. For Equal Rights has developed an alternative information platform to create new narratives and address the manipulative content.

“Our information platform is very active. We try to spread the message that if we were fully democratic, we could build a much more powerful country, having more accountability, more money directed to education and the army. We try to show that democracy is the main guarantee for state security,” says Abrahamyan.

Using different channels and projects, For Equal Rights aims to reach the widest possible audience, including the Armenian diaspora.

“Article 3 Club is active on the public debate front, with public panel discussions and training. But we also support national and regional journalists in producing quality in-depth articles and multimedia content. In addition, we work with young people through camps, festivals and exhibitions,” she continues.

After consultations with business managers and the municipality, For Equal Rights has decided to use its landmark café space in Yerevan as a training centre.

“By creating a small vocational educational space with paid courses, we hope to build on our other projects. It also helps make us more sustainable,” she says.

Thanks to the EED funding, For Equal Rights was able to keep their team this year and hire new people. Existing projects remained viable and new projects have been initiated. They also worked on the diversification of donors and financial sustainability in general.

“We have written 20 funding proposals since January, mainly responding to open calls. We are also working with different organisations, presenting our work. We secured several new donors and hope this tendency will continue,” Abrahamyan explains. 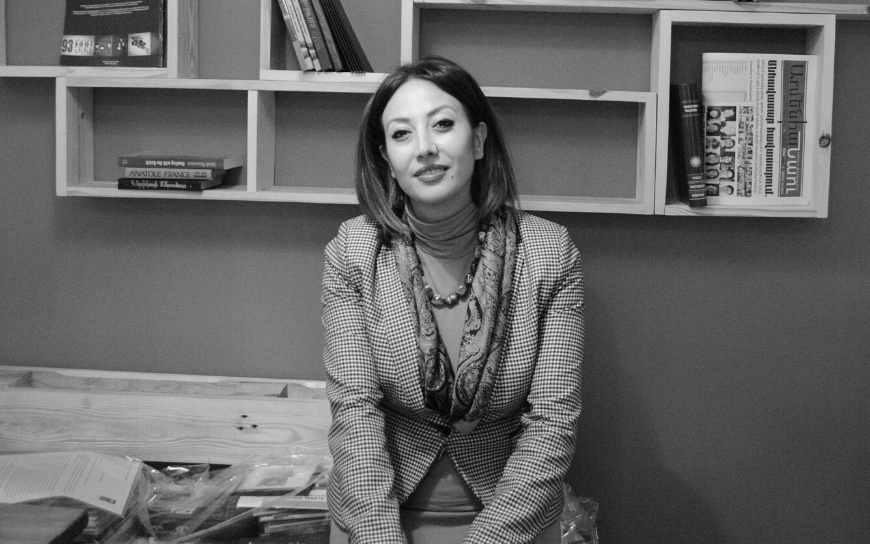 All this is taking place against a background of extreme pressure. Last December, the premises of Article 3 Club were attacked, and Abrahamyan has been personally targeted by anonymous death threats, including posters of her image with a target symbol on her face recently displayed near her office and home.

“Gender also comes into it. Women are targeted more. It’s an expression of the violent, masculine culture, the idea that women belong in the kitchen and should not have a voice,” she says.

Sadly, these sorts of threats are not new. Abrahamyan faced even more when she was a parliamentarian for almost two years up to November 2020. She remains committed to her work even if she sometimes feels discouraged.

“After the war and my resignation, I felt so hopeless and emotionally tormented. I thought there was nothing I could do. But I believe in the art of small steps. You can bring change to a small village, then a community or a town. Working jointly with other organisations we can achieve a lot.”

Abrahamyan believes there has been positive change on overcoming harmful gender stereotypes over the past 10 years. If that is true, she has played a role in bringing about change, not just through her presence on the national stage as a woman in leadership but also through her journalism career.

The pivot from journalism to activism

A personal response to the issue of domestic violence was Abrahamyan’s gateway to journalistic activism on human rights – the moment when writing about a problem and walking away was no longer enough.

“My eyes were opened to the problem of domestic violence in 2006 when I went to a residential school to write a story. I met a girl there who told me her mother had brought her there to keep her step-father from beating her.”

Disturbed by the story, Abrahamyan went to the village to try to understand what was going on. “In that region domestic violence was the norm. I discovered her mother was also a victim. I started to help her get a divorce but she didn’t have any place to live. So I helped her find a job.”

“That was my first realisation that there is a problem that nobody talks about, including journalists and officials. We have lots of institutions that have not been working for decades. I understood we had huge work to do in this field, and I started to cooperate with other like-minded people.”

Over time Abrahamyan has focused more on children’s rights and social-health issues in general. “Lots of problems in our society are mainly connected with lack of education. I wanted to create some discourses that were not happening yet. I started to put together some panel discussions and meetings to protect the rights of vulnerable groups.” 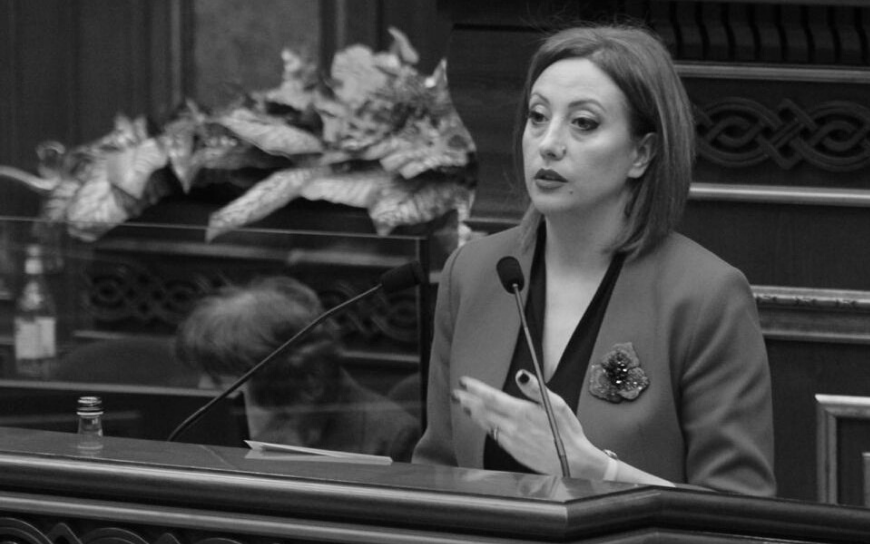 Fostering journalism in the regions

Abrahamyan has never shied away from difficulty. She spent 20 days on the frontline during last year’s war in her capacity as a member of parliament. She has a special interest in improving conditions in the remote and neglected regions of Armenia.

“We have managed to keep the regional journalists in place. It’s really important to encourage them to stay where they live and keep reporting rather than give up and move to the capital, adding to the talent drain. We give them opportunities through mentoring and financial support to write from their regions.”

The main goal is not just to have reporting about daily news but to build skills so that journalists can raise important issues and produce in-depth, analytical reports. For Equal Rights has cooperation agreements with a number of regional and national media outlets.

“Since 2018, after the Revolution, the fake news and manipulative narratives have been prevalent in Armenia. Most media outlets, and almost all the TV stations, are owned by those connected to the previous undemocratic government, who use their vast resources to manipulate society and influence public opinion. We also have the involvement of Russia to contend with. All civil society organisations feel small in the face of this unequal battle, but we have to keep going,” she says.