Fighting against environmental damage in Albania

The lifestyle and livelihood of the inhabitants of Zall Gjoçaj’s National Park are being disrupted by the construction of a new hydroelectric plant. 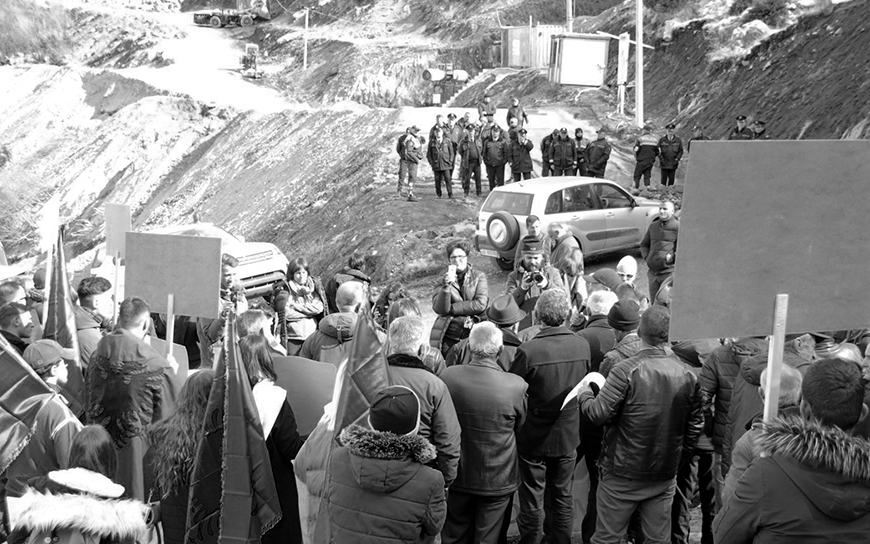 Despite only being one hundred kilometres away from the Albanian capital of Tirana, Zall Gjoçaj National Park is a remote valley whose inhabitants mostly live off agriculture and livestock, as they have been doing for centuries.

Three years ago, life in Zall Gjoçaj changed forever with the decision from the local and national authorities to allow the construction of a hydroelectric power plant within the borders of the national park.

A plan to divert the course of the river flowing across the park to produce electrical energy will have serious consequences not only for the environment in the valley, but also for the inhabitants of Zall Gjoçaj, who have used the river for decades to drink, water their crops and raise their animals. The local residents were among the last to hear about these plans.

“The local authorities took some time to inform us of this project – it was only thanks to village gossip that we only heard about the construction of the plant at the beginning,” recalls Dhimitër Koleci, one of the leaders of Zall Gjoçaj, an organized group that has emerged in the community campaigning against the plant’s construction.

Lack of transparency from the hydroelectric company

The construction company initially claimed it had consulted with local villagers about the project, and it also claimed that the power plant would not use the entire volume of the river for energy production. It soon became clear that they were not telling the truth.

As Koleci tells it, the company consulted people who lived outside the Zall Gjoçaj region and would not be affected by the plant. The company obtained permission to use a percentage of the river on the condition that it left some water for the people of Zall Gjoçaj. It also emerged that the company had informed local authorities that they should be allowed to use all the water from the river, claiming that the locals were not actually using it.

“They promised us that their project would bring development to our region, that we would benefit from the plant. But in reality, they don’t care about us,” states Koleci. 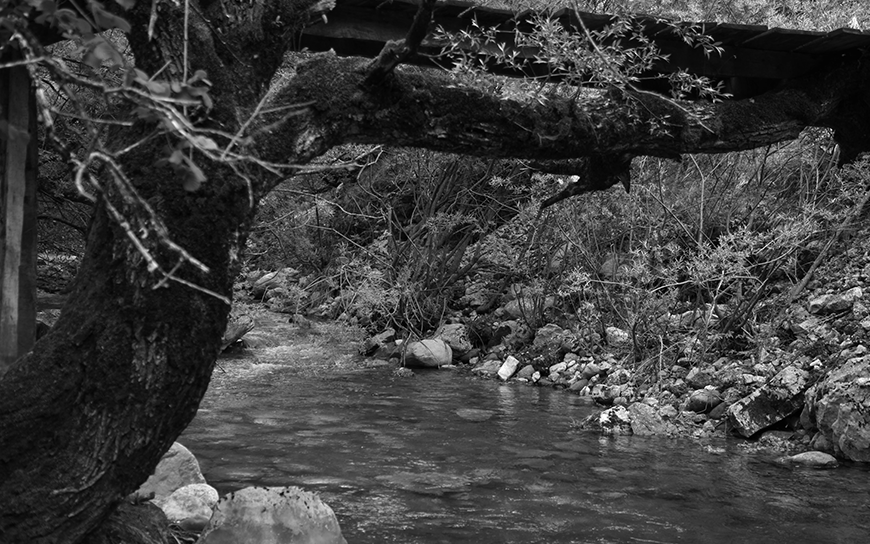 Protesting against a common problem in Albania

The people of Zall Gjoçaj felt they had no choice but to start protesting the construction of the plant. They have kept up their protests throughout the past three years, many of them regularly making the four-hour drive to Tirana so that their protests can be heard by more people and by the national authorities.

During this time, they have also organised awareness meetings with other mountain communities affected by similar problems; some of these groups have started their own protest movements, inspired by Zall Gjoçaj.

There are many power plants now planned in rural regions of Albania. With corruption endemic in the region, it is common for local authorities to have an interest in construction works going ahead and they routinely intimidate anyone who opposes construction works.

A difficult environment for protesters

Citizens in the affected areas also face intimidation from the plant companies. “They always use the same techniques,” explains Koleci. “At first they approach us in a positive enticing way; they try to highlight the advantages of the plant for local economies. Then they start using bribes to convince people; if the bribes are refused, that’s when they move to shadier techniques, including using their connections to local authorities to have people fired or even detained”.

In Zall Gjoçaj, four village elders who had served as community representatives were recently fired from their public offices.

Koleci admits that such actions have made it more difficult to convined the general population to take part in rallies. Many citizens are unaware of their rights, afraid of consequences and intimidated by the police and the prosecutors. Despite such misgivings, around 150 people still show up at the movement’s protest actions. 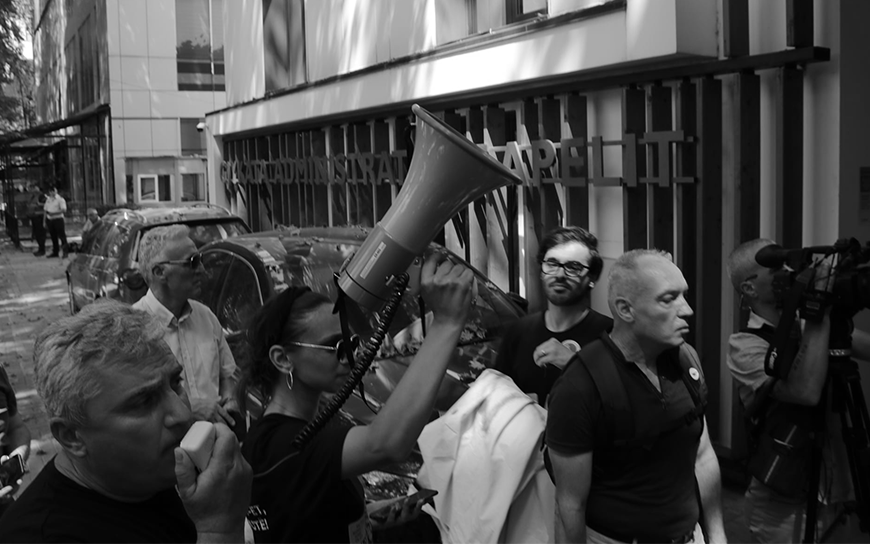 Silence from the media and dismissal from courts

Raising the public profile of the movement is also a complicated process. In Albania, many media outlets are linked to the ruling party, and they have been completely silent on Zall Gjoçaj. Some independent media have covered the local population’s struggle, and a pro-opposition media outlet has even released a documentary based on their protests.

Over the last few years, Zall Gjoçaj has brought several local and national institutions to court to stop the damage to their home, including the Ministry of the Environment and the National Agency of Protected Areas. Unfortunately, these legal cases have had little effect; court hearings are repeatedly delayed, while the construction of the plant continues.

Koleci notes too that some of the so-called ‘independent experts’, contracted by the state institutions to evaluate the situation were seen getting into cars belonging to the hydroelectric company, calling their impartiality into question.

“What we need are truly independent experts, otherwise nothing will change,” he says, “as for the courts delaying our hearings, justice delayed is justice denied.”

EED support as a source of hope

In this extremely difficult context, EED support has been crucial for Zall Gjoçaj, and not just from a practical point of view. “It has given us hope. It has shown us that there are still people who believe us. It feels like the light at the end of the tunnel,” declares Koleci.

The people of Zall Gjoçaj are now ready for the next phase of their battle: presenting a case against the Albanian government to the European Court of Human Rights in Strasbourg

“We have to keep fighting. My great-grandfather used the water from this river, as I have done since I was born; in Zall Gjoçaj we rely on our river for agriculture, for cattle, for water mills to make flour for bread,” says Koleci. “If the factory takes the river away from us, it will destroy not only our livelihood, but also our culture.”