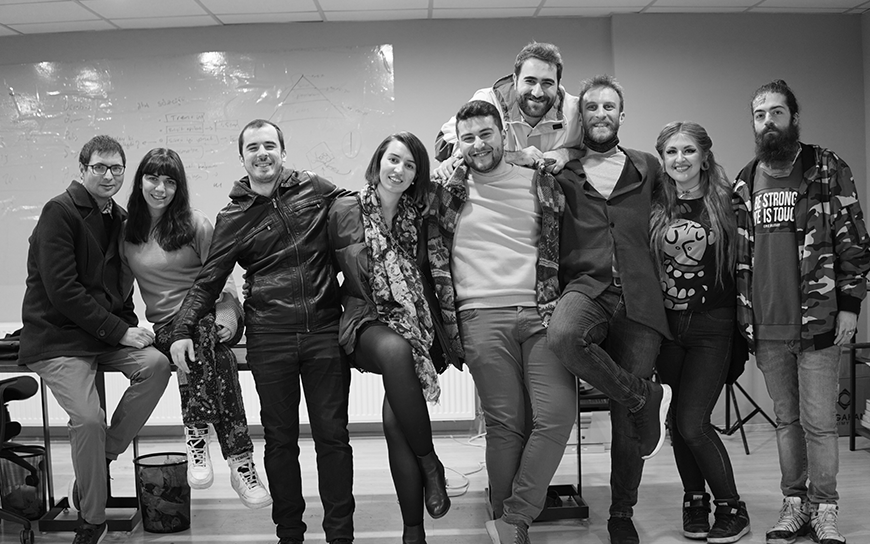 “Journalists and academics are a little like olive oil and water. They don’t mix. One group lacks substance and the other lacks delivery. What we’re trying to do is to bring these two groups together, the knowledge producers and the marketers, and to reach out to people,” says Medeni Sungur, director and founder of Digimar, a media house focused on creating social impact and on building a more democratic society, and Turkey’s first explanatory journalism platform, Kuest Media.

A serial social-entrepreneur, Sungur first cut his teeth in the world of civic activism as a student; he was one of the founders of the nationwide liberal 3H Movement (formerly Liberalofis) and after a stint in the corporate world, he later went on to co-found a prominent Turkish think tank, Freedom Research Association. He cites this experience as formative when it came to founding Digimar.

Building knowledge with a purpose

“In my previous roles, we produced lots of important knowledge, but there was less focus on how to deliver this knowledge to audiences. In today’s world, it’s essential to build knowledge with a purpose, and to build a community around that purpose. That’s what we want to do with Digimar,” he says.

He explains that Kuest, Digimar’s first project, launched last March thanks to a EED grant, is focused on producing short video explainer videos that both educate and entertain. Modelled on the highly popular Vox, it targets the millennium generation, a group who as Sungur explains are often difficult to interest in abstract political items. Kuest’s aim is to go beyond reporting by adding meaning to news items, and by reaching out to audiences in entertaining, simple and understandable ways, raising awareness of important public policy topics and of individuals’ fundamental rights.

Kuest is a team effort, and Sungur he has gathered round him a group of enthusiastic young people who bring a wealth of experience and talent to this project. He describes this team as having two legs: an investigative and research leg and a creative and video production leg, although he insists both sides work closely together with endless feedback loops as they create each explainer video.

Two colleagues from both parts of the team join him on-screen during EED’s conversation, editorial manager, Mert Can Köse, and producer, Işık Cerme Güngör, with other members actively participating in the discussion off-screen as we speak.

To date Kuest has released 11 videos on a range of topics the team felt were missing from public debate. These include videos on women’s unpaid labour in the home, on women entrepreneurs, on slavery in the Ottoman Empire, a series on the decade anniversary of the Arab Spring, a video on police violence in Turkey, and a video on the evaporation of bank reserves in the Turkish central bank.

As Güngör explains, “Our ideas are inspired from our passions. Many of us come from civil society and there are important issues we want to highlight. We take what could be considered boring subjects by our audience and we present them in an entertaining way.”

She explains that the team’s second ever video, one on women’s unpaid labour in the home, was viewed by over 100,000 people. It took a storyline from a famous Turkish television series ‘Forbidden Love’ and linked it to this unpaid labour, a hook that worked well. “The video started real conversations. People admitted that they had never thought about their mothers in this way,” she says.

“That kind of feedback is what we were looking for when we founded Kuest. We want to help people to understand topics by presenting them in a simple and easy to understand way and we want to make them think about things in a different way,” says Köse.

He goes on to explain that their video on slavery in the Ottoman Empire broached a subject few know about in the country. Similarly, their video on the Arab Spring addressed the popular notion of ‘Arab exceptionalism’ pointing out that struggles faced in the Arab world are similar to those faced in contemporary Turkey.

To date, over 700,000 people have watched the Kuest videos and they have reached over one million people on Facebook and Instagram, no mean feat for a media venture that is not even six months old. One third of these viewers are in the target 18-24-year-old category and over fifty percent of viewers are women, a statistic that is highly unusual in Turkey with women typically low consumers of news.

“Our research shows that we come across as ‘genderless’ or non-male,” explains Güngör. “We make sure to balance our content with hard and soft topics. Each time we make a video, we ask ourselves: why would our audience care about this subject? We are careful about the language we use, the style of the video and the tone,” she says.

Sungur admits that it was not easy to get all this right. “We work hard to engage with our audience and we are constantly developing our storytelling process. At the same time, we can’t be too passionate in what we say. What we do is to produce explainer videos, so we have to make sure they are balanced. It’s very labour-intensive work,” he says.

With less than four months under their belts, Kuest has many more videos planned including on the taxi situation in Istanbul, the history of the Pride March in the city, impunity for gender-based violence, music streaming and its effects on the industry, and on sharing of unauthorised data. They are now planning an Instagram launch and are looking at ways to streamline their production process.

Sungur is sure that Kuest is doing something right, and their growing numbers of viewers appear to agree. “We know that our audience has a small attention span and we need to grab their attention when they first click on our videos. What we do is ‘storify’ ideas. We speak in a personal way and the result is personal too. We establish a relationship with our audience, and we are building a community who want to engage. This type of content generates that type of interaction,” he says.

With Kuest now known as the Vox of Turkey, the future for Digimar seems bright. “As I see it, what we are doing is a mindset shift. It’s about experimenting with the media. We’ve all sorts of ideas. Like creating soap operas or working with live theatre. There’s lots more we can do,” says Sungur.