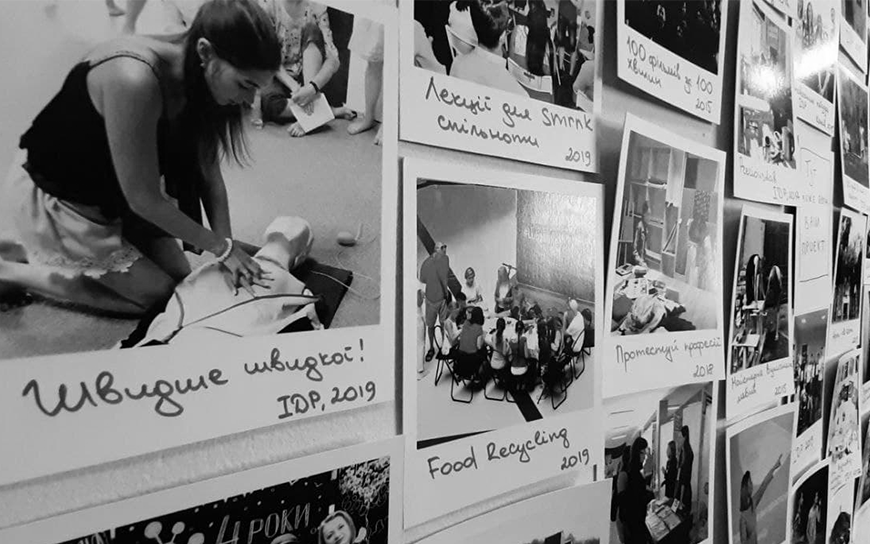 It is a rare foreigner who has ever heard of Cherkasy in central Ukraine, one of the country’s twenty-four regional capitals. And if they have ever heard of the city, it’s probably to do with the region’s agricultural production.

This may be about to change. One young Cherkasian couple, Ivan and Daryna Podolian, founders of the Promolod NGO (ProYouth or AboutYouth), are making waves locally, nationally and even internationally. This energic and dynamic duo are breathing new life into their city. 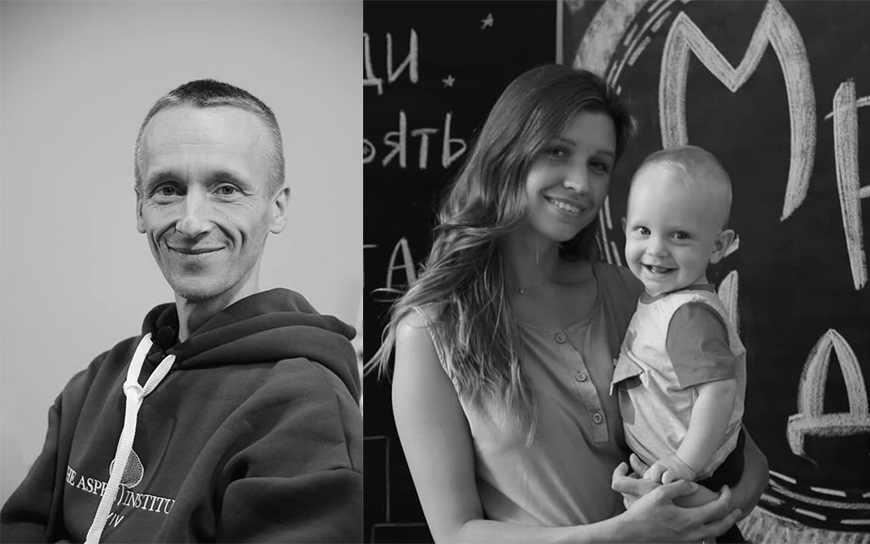 Like many civil activists in Ukraine, it was the 2014 Revolution of Dignity that was the turning point for the pair.

As Ivan Podolian explains, at the time, all he could think of was how he could be useful to his country and how he could best contribute to the development of a ‘new’ Ukraine.

“I thought about joining the army, but I knew I would be a poor soldier and I have huge respect for those who enlisted to fight as soldiers and volunteers. For me the key question was: what would this ‘new Ukraine’ offer these young men and women once they come back home from the war?”

He and his wife decided to focus their efforts and energy on improving their city, by shaping social and community life to create more opportunities and incentives for everyone in this ‘new Ukraine’.

“We started by organising local events and meetings like speaking clubs, English classes and festivals,” explains Podolian. “In 2014, we organised a local festival ‘Tvoya Kraina’ (Your Country) as part of a massive nationwide grassroots campaign to educate Ukrainians about the beauty and richness of their own country – including Cherkasy as part of that initiative.”

Their next idea was to create an incubator for civic projects that supported potentially interesting local civil society projects. Started as a volunteer initiative, this flagship project became their core activity, and the basis of Promolod, which was formally established as an NGO in April 2015.

“Each year, we have one incubator for civic initiatives and two to four business incubator courses with about 30 to 35 participants, who come to us with their project ideas. We offer them training on project cycle management for example, as well as individual guidance and tutorship,” explains Podolian.

“What is great about these incubators is that they are a way of supporting the development of an active community life in our city,” he states. This is a claim backed up by numbers. Since 2014, more than 500 Cherkasy inhabitants have taken part in the incubator programmes.

Graduates of the programmes keep in touch and alumni frequently act as tutors for newer participants. They jointly discuss their problems, challenges, and the progress of their projects at weekly meetings, and they help each other with networking and communication efforts.

“All these projects are the result of teamwork by the whole community,” says Podolian, proudly pointing to a wall covered with photos of dozens of civic activists, all incubator graduates. “Our graduates’ projects come from almost every sector - sports, music, film festivals, informal education, chemistry, first-aid, crafts, public speaking, tourism, computer programming. The list goes on and on.”

One of successful projects launched by a Promolod graduate is the Cherkasy Festival of Academic Music, where composers and musicians perform contemporary compositions on classical instruments. Started as a modest local event with open-air performances, the Cherkasy composers have now been joined by colleagues from other Ukrainian cities like Kyiv, and today the festival attracts composers from across the world, with their works performed by the local symphony orchestra in the city’s Philharmonic Hall.

Sustainability a key measure of success

Sustainability and the support of local communities are the two leading principles of Promolod and its projects.

It is also closely linked with its ‘older sibling’. Graduates of the programme, who include local entrepreneurs and business people, become involved in the social life of their city and begin to feel a social responsibility for the local community.

Many business incubator graduates go on to become donors and sponsors of civic projects developed under the umbrella of the civic projects’ incubator. This means that the training and office facilities of Promolod are already fully supported and self-sustained thanks to local donor contributions.

Podolian refers to several business incubator graduates who have experienced noted success, referring to one small-food producers: “One woman had a small shop with craft cheese and other dairy products, and after participating in the incubator programme, she increased her sales by 40 percent.  She began to cooperate with local farmers, who have become her regular suppliers.”

Thanks to the EED grant, Ivan and Daryna Podolian and the team are now working at Promolod as their full-time employment; it is no longer a volunteer activity. 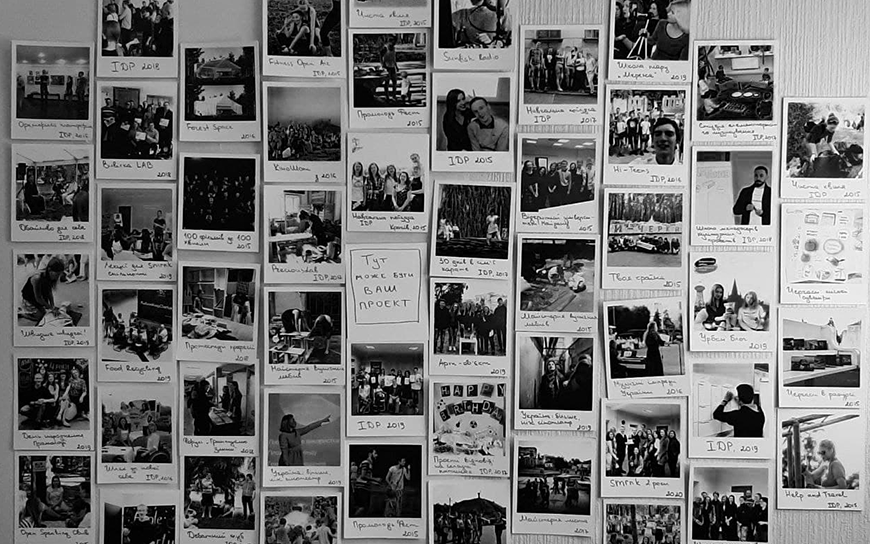 Looking to the future

Both Ivan and Dasha Podolian are now recognisable public figures in their hometown and they have already attracted the interest of city authorities and various political parties, and internationally.

Asked whether they have an interest in a possible political career, Ivan would put it differently: “We do not participate in elections, or in the political struggle nor do we do not have positions in local government. But our expertise, reputation and the media attention we get mean that we are able to influence decision making in the city administration.”

When asked about their future plans, both Ivan and Daryna are determined to stay in Cherkasy. “Our strength and the main reason why our projects are successful is that we are local. We know our community, our partners and local needs. We would not have that anywhere else.”