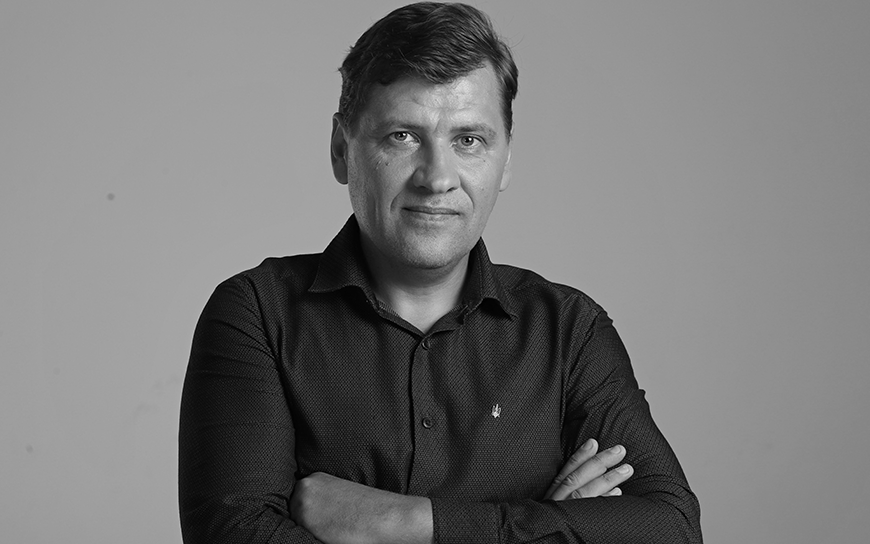 “One day, there will be a special stand in the Odesa city museum devoted to Vladyslav Balynskiy,” wrote a friend on Balinskiy’s Facebook profile, adding, “it is Vladyslav, the altruistic optimist and the fighter for every single square metre to plant trees, who makes our city greener”.

Balinskiy, a graduate in biological chemistry, is a busy man. Even when speaking with EED, he still gets phone calls from schools and other fellow activists, all needing his advice. These are queries on tree planting and requests from journalists keen to interview him on the latest burning environmental issues in town.

The transformation from biochemical engineer and businessman to one of the most famous and publicly respected civic activists in Odesa has not been simple. Odesa, a beautiful coastal city on the Black Sea, iss also known as the ‘Ukrainian Palermo’. Local criminal groups are reputed to have close relations with city officials and the city’s mayor is currently under investigation by law-enforcement agencies for corruption-related crimes. 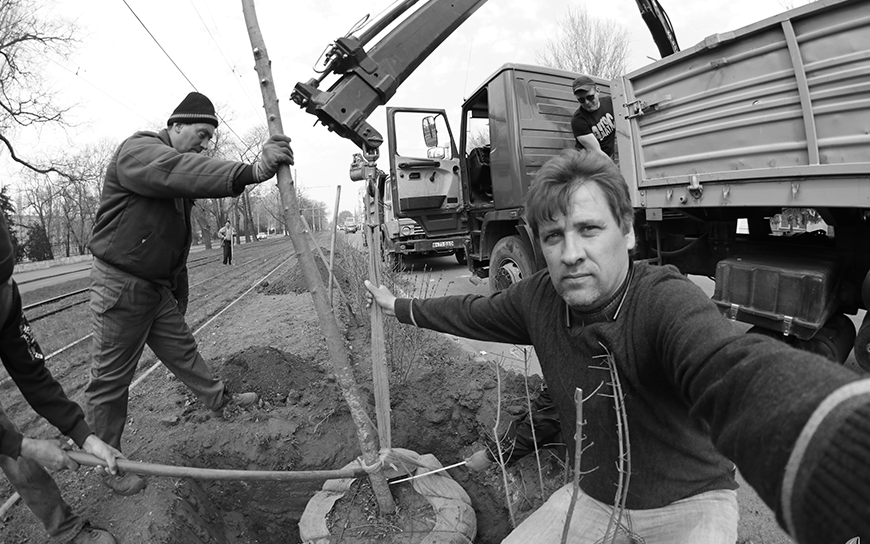 For Balinskiy, the moment of transformation began during the Revolution of Dignity and most particularly, in May 2014, after a fire at the city's Trade Unions House. This tragic fire left dozens dead. It was caused by violence from pro-Russian activists in Odesa, who tried to establish a separatist ‘people’s republic’. To this day, Russian propaganda uses this event to paint Ukraine’s Maidan as ‘a bloody fascist coup d’état’.

One of his first civic engagements was the preparation of a report on that tragic fire. This report has been used as a evidence by various institutions including the European Court for Human Rights and the Prosecutor’s Office.

“I realized in those turbulent days that I couldn’t be just an observer. I needed to be more civically engaged otherwise all that Russian aggression and propaganda could succeed in Ukraine and in my hometown,” explains Vladyslav. “I had friends fighting at the front, and I was helping them. They inspired me that we all need to fight for a better Ukraine”.

Balinskiy’s battlefield became that of environmental protection, the fight against illegal construction and the protection of historical sites in Odesa. He argues that, “this corruption is linked to the same issues – the violation of legislation – all that destroys Ukraine from within.”

The very first public activity of the NGO Green Leaf that Balinskiy and his friends founded, was an action on the historical French Boulevard, a picturesque street famous for its alleyways of ancient trees. In 2015, the city authorities had a plan to cut down these trees and to enlarge the beautiful landmark street to a highway.

“We collected thousands of signatures protesting against the city hall plans, but that had no effect. We teamed up with historians, professors, engineers and experts, who wrote articles about this unique historical boulevard. We began to organise public photo exhibitions about the French Boulevard,” he relates.

In the end, Green Leaf used social media to call local residents to come out onto the street and to plant new trees to replace the trees that had been felled. More than 500 people turned up; they planted new 220 trees.

This first but successful public action inspired the nascent NGO. They decided to widen their remit to include monitoring the use and potential misappropriation of public funds on road construction, improvement of city infrastructure, the fire safety at public buildings and renovation works of historical sites in the city.

The team visited construction sites with cameras to record the progress of works and their quality. The analyses prepared by Green Leaf documenting the embezzlement of public funds led to activists initiating several criminal cases against the city officials.

Inevitably, the city officials were not happy to face these new opponents. “At the very beginning, we faced a lot of pressure and even threats. But the more the officials publicly criticise and attacked us, the more public support and sympathy we experience,” smiles Balinskiy , who, with a touch of irony, describes his relations with city authorities with one word: love. “We’re just like two people in love. We cannot exist without the other one. We do sometimes quarrel with each other, but we need each other too.”

Thanks to EED support, Green Leaf has now managed to ensure that city officials are more accountable to the city inhabitants through what they call ‘alternative protocols’. Balinskiy and his colleagues started to attend the public sessions of the city council and recorded these on video. They then made the recordings publicly accessible via the internet meaning that they could later be used, if necessary, in criminal investigations.

“We have completely changed the behaviour of city authorities, which then started to make their own recordings of city council sessions and published them at their website,” says Balinskiy with some degree of satisfaction.

The Green Leaf team, now well-known for their expertise, are working closely now with the environmental-protection authorities in climate change monitoring and solving ongoing environmental problems. For instance, the NGO’s members monitor the condition of hydraulic structures and river basins of Odesa region to prevent large-scale floods, and also analyse the state of the air in Odesa and water in the Black and Azov Seas.

There is also the Green Leaf hotline, also supported by EED, where Odesa inhabitants can report cases of illegal felling of trees. This hotline is now an online chat channel, accessible to all, and many journalists also subscribe to it.

“This has added additional pressure on authorities. For instance, we’ve noticed that at night they sometimes damage the trees we planted on the French Boulevard,” admits Balinskiy sadly. 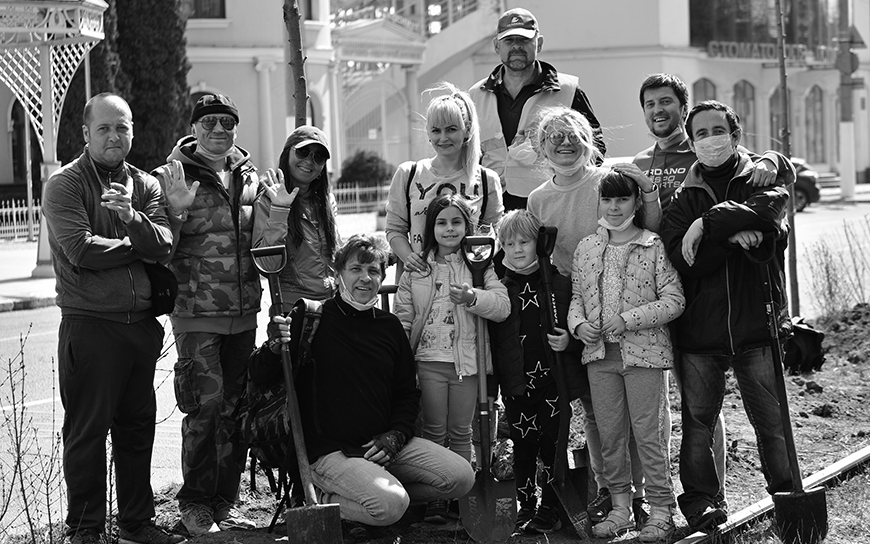 But such tactics are not going to stop Green Leaf. Balinskiy is determined to continue to work with local communities and to plant more and more trees and to further strengthen the institutional capacity of the NGO.

“Though none of our ‘victories’ can be labelled as clear-cut and irreversible, we can see that the attitude of some officials towards us is changing. They are beginning to see us as partners, and to appreciate our work and expertise. That brings the hope for the future,” he says. Vladyslav Balinskiy is clearly the altruistic optimist from Odesa.