In Ukraine, website fills gap in media coverage of EU

When Russia’s Kommersant newspaper shut down its Ukrainian edition in March 2014 amid souring ties between the two countries and plummeting advertising revenues, Sergiy Sydorenko, along with dozens of other journalists, found himself out of a job. 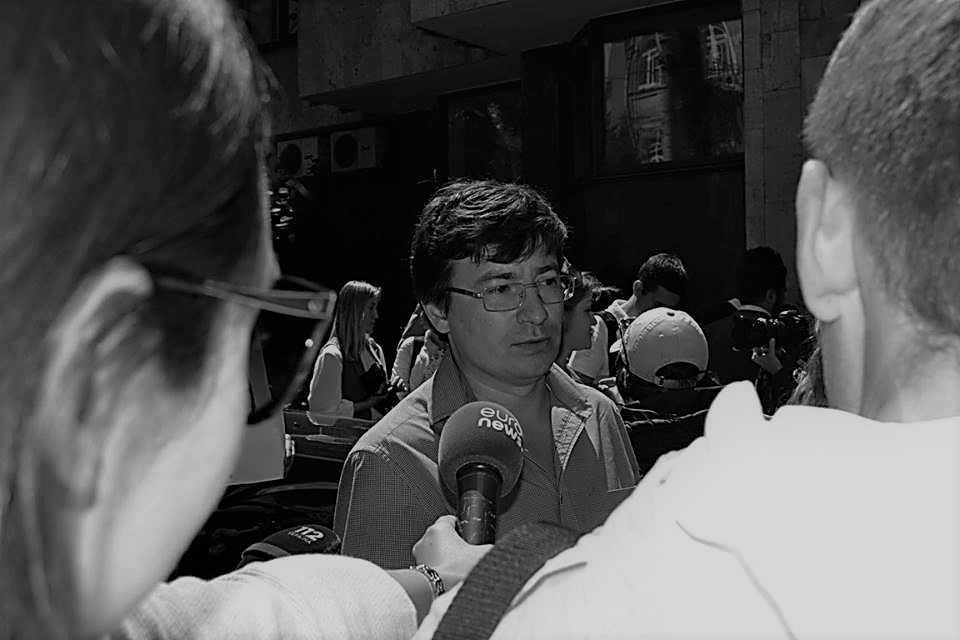 As his colleagues scrambled to secure positions elsewhere, Sidorenko had another idea: create his own media outlet.

“Over the years I had spent writing about European affairs for Kommersant, I had come to the conclusion that Ukraine badly needed a resource to provide information about Europe,” he says. “European integration had been a national priority for more than a decade but no one really covered it in the media.”

Viktor Yanukovych’s decision to shelve a key agreement with the European Union, which sparked mass protests in Kyiv and led to Yanukovych’s ouster as president several weeks before Kommersant’s closure, persuaded Sydorenko that such a resource was more relevant than ever in Ukraine.

In a country shaken by political unrest and teetering on the brink of economic collapse, however, funding was a major issue.

“It was clear that the project could not be established as a commercial venture since media in Ukraine is not a business,” he explains. “I didn’t want to take money from any oligarch for ethical reasons, so the only option left were grants.”

Together with a colleague from Kommersant, Yuriy Panchenko, Sydorenko approached the delegation of the European Union in Ukraine, which advised them to apply to the European Endowment for Democracy.

“EED doesn’t traditionally fund the media but I explained that in Ukraine, European integration is synonymous with democracy,” he recalls. “And I found an understanding ear.”

Their website, European Pravda, is now Ukraine’s only media outlet providing exhaustive coverage of the European Union and of the country’s rapprochement process with the 28-member bloc. Published in Ukrainian and Russian, it operates as an NGO under the aegis of the Ukrainian Pravda media holding.

Two years down the line, Sydorenko says the website has firmly made its mark on Ukraine’s media landscape.

The idea was also to create a reliable source of information about the EU so that other Ukrainian media could improve their own reporting on this topic, he says.

“Today, the quality of coverage with regard to Ukraine’s European integration both in national and in regional media is worlds apart from what it used to be a couple of years ago. There is simply no comparison.”

By providing objective reporting on the EU, the website plays an important role in debunking the pro-Kremlin media’s narrative that a rapprochement with Europe would harm Ukraine. Sydorenko says the website also encourages Ukrainians to focus on the fundamental reforms their country will need to undertake if it wants to join the bloc.

When he launched European Pravda, Sydorenko had expected students and educated, young Kyiv residents to form the bulk of its audience. To his surprise, people under 25 years old account for a mere 5 percent of its readership.

He was also astonished to find out that half of the website’s traffic comes from the regions. European Pravda currently has readers in every region of Ukraine with the exception of Crimea, where the website has been blocked by the pro-Russian authorities that have controlled the peninsula since its 2014 annexation by Russia.

He sees this mounting interest in Europe as an encouraging sign for Ukraine’s rocky path toward closer EU integration.

“This was a pleasant surprise because we Ukrainians are used to living in our own world, we tend not to be very interested in what our neighbours are up to,” he says. “I believe Ukrainians will only start to feel European once we have a full-fledged media coverage of Europe.”

After benefiting from three grants from the EED, European Pravda is now co-financed by the European Union’s office in Kyiv amongst other donors.

Sydorenko stresses that his team remains fiercely independent and does not hesitate to condemn EU policies it considers misguided.

“It’s great to know that I can criticise our donors and that our criticism will be taken constructively,” he says.

Despite the long working hours and the modest incomes at European Pravda, Sydorenko says he is thrilled by the website’s popularity and has no intention of moving on to more comfortable opportunities. According to him, his team feels exactly the same way.

“We don’t look for journalists who want to earn good money, we look for those who are passionate about European integration,” he says. “Enthusiasm is the recipe of our success: European Pravda could not exist without it.”