Megaphone: A voice of change in the Lebanese mediascape

An independent media platform founded by young volunteers in 2017 is now one of the most influential and vocal media players in Lebanon. With its social media-led style, Megaphone interrupts official narratives and gives a voice to marginalised groups. 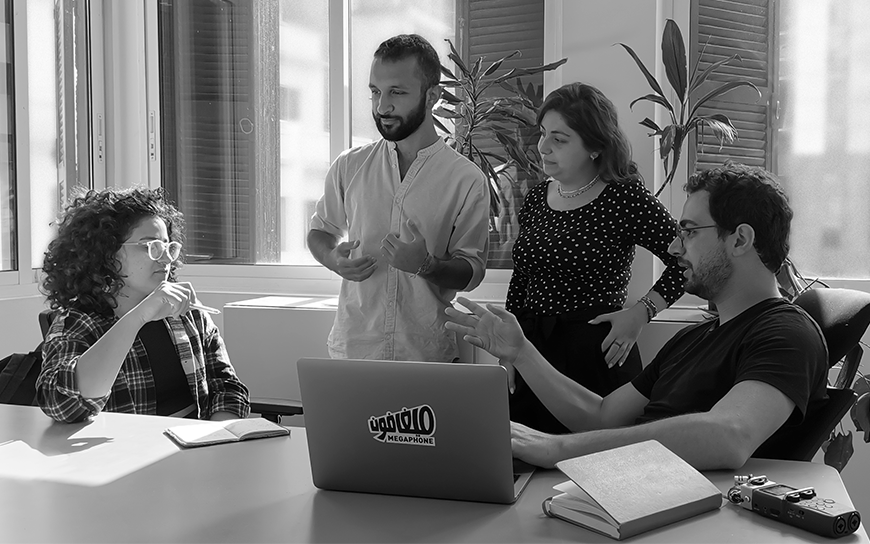 Jean Kassir, co-founder and general manager of Megaphone, admits that the October 2019 protests in Lebanon took the team by surprise. First sparked by new austerity taxes, these mass protests spread through the country as demonstrators expressed their frustrations at the failure of the political establishment, wide-spread corruption and the deepening economic crisis.

“We learnt from 2015,” says Kassir in conversation with EED, referring to the mass grass-root inspired ‘You Stink’ demonstrations that erupted that year in protest at the mountains of rubbish in Beirut’s streets and political dysfunction. Megaphone team members were all involved in this movement.

“Even if TV cameras are live, you can’t rely on what they show. It depends on how they portray what’s happening and, of course, they can stop filming at any time. We wanted to cover all aspects of the revolution, including the more invisible parts. We were on the streets every day right in the middle of the demonstrations and then we’d do ‘wrap-ups’ in the late evening to review everything that had happened that day,” he explains. The team worked nearly 24/7 driven by the adrenalin of events.

Megaphone also focused on what it calls ‘speech deconstruction’. The team analysed long speeches by leading politicians, dissecting them, revealing underlying messages and inaccuracies, highlighting manipulation of information to expose the mechanics of the narrative of the counter revolution. Then it published condensed explainers of these speeches on their social media platforms.

As Kassir relates, explainer journalism is at the core of Megaphone’s operations, and throughout the protests, the team continued to produce videos on the reasons for the economic collapse in the country as well as on legal aspects of the demonstrations, exposing illegal actions taken against demonstrators.

A platform for public expression

The 2019 events also saw the publication of opinion articles on the Megaphone platform by a range of voices from society including many young people and women.

Megaphone also launched vox pops giving people on the ground a platform to express their opinions and be critical on events. “This removed the elitist idea of ‘experts’ commenting on events. It empowered the people,” he says. 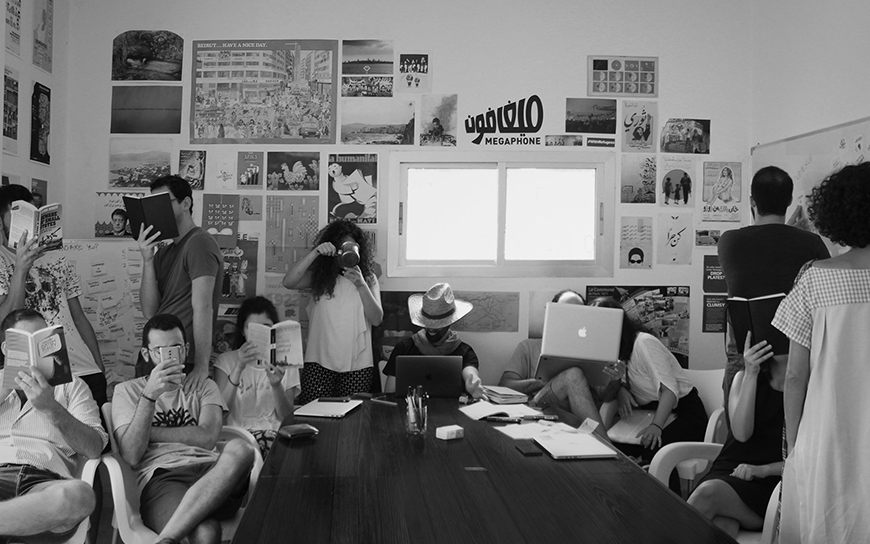 Speaking in the voice of the young

One of Megaphone’s strengths is that it tackles complex information in an accessible way, allowing more people to engage in the public debate.

In 2017, when the platform was launched with EED support, few media in the country had adapted to the digital revolution. As young people themselves, the Megaphone team wanted to present news in the way it was consumed by their generation, as social media. In the past Megaphone has mainly been focused on Facebook, which has a huge audience in Lebanon. Since 2019, Instagram has also become a particularly important tool for the platform.

In addition, articles are written in simplified classical Arabic or in 3ammiya, the colloquial language spoken in Lebanon, and videos are always in vernacular too rather than in the more formal classical Arabic typically used by media. This was again a deliberate choice. Kassir notes that over the past months, more young people have become more comfortable using Arabic as a language on the internet than before. He hopes that Megaphone, along with many other platforms, have contributed to this change.

A key part of what Megaphone do is to target new audiences. “We are a generation who have grown up on social media and we understand how it functions – the algorithms, the short attention span of people. We use this to deliberately target audiences who support other parties. A big part of what we do is burst bubbles and trigger conversations and debates,” he says.

Megaphone is not a hard-news media outlet. “Our role is to provide the backstory and to frame the news. We have developed a number of ‘cards’ on social media that allow us to focus on subjects and amplify them via social media as ‘snackable’ news pieces. We also have our videos that allow us to deep-dive into news,” he relates.

Kassir is insistent that Megaphone is not an activist platform. “We distinguish between what we see as the myth of objectivity and neutrality and the professional standards of journalism we abide by. That has to do with verifying information and balancing the story we present even if our political reading of it is clear,” he explains.

This approach is also the reason why Megaphone prioritises the coverage of stories not usually aired in the mainstream media. Recent stories covered include the status of migrant workers in Lebanon, who have been hugely affected by the economic crisis, the situation of LGBT+ people and that of refugees and the inclusion of razors in the list of subsidised goods in the country, but not sanitary pads.

Megaphone’s office was destroyed by the Beirut port explosion on 4 August 2020. The team were due to hold their monthly meeting at that time and there were several people in the office. The team was traumatised by the experience, but it also galvanised them.

“Now we are not just commentators. We are victims too. We want justice,” he says. The team’s coverage of the tragedy went viral with their video ‘The Silent Conspiracy’ highlighting how widespread corruption allowed the explosion to happen and pointing the finger at key officials.

The future for Lebanon and for Megaphone

EED has provided further support to Megaphone with a current grant enabling a core team to now work full-time rather than just in a voluntary capacity, although volunteering still remains very much part of the initiative. The media is also looking at diversifying its revenue streams to ensure its sustainability.

While Kassir admits that in present-day Lebanon it is hard to be optimistic, he believes that still there is some hope. In recent years many new independent media have been started up and this helped to change people’s attitudes. He believes that the public is now more sceptical of dominant political narratives and the political and economic crisis has brought people together against what they see as the collective theft of their country by the political elite. Megaphone has surely played an important part in bringing about this change of mentality.