The lawyer of Maidan

Ukrainian lawyer Yevgenia Zakrevska is determined to ensure justice for the Maidan ‘Heavenly Hundred’, the protesters who were killed during the Euromaidan Revolution of Dignity. 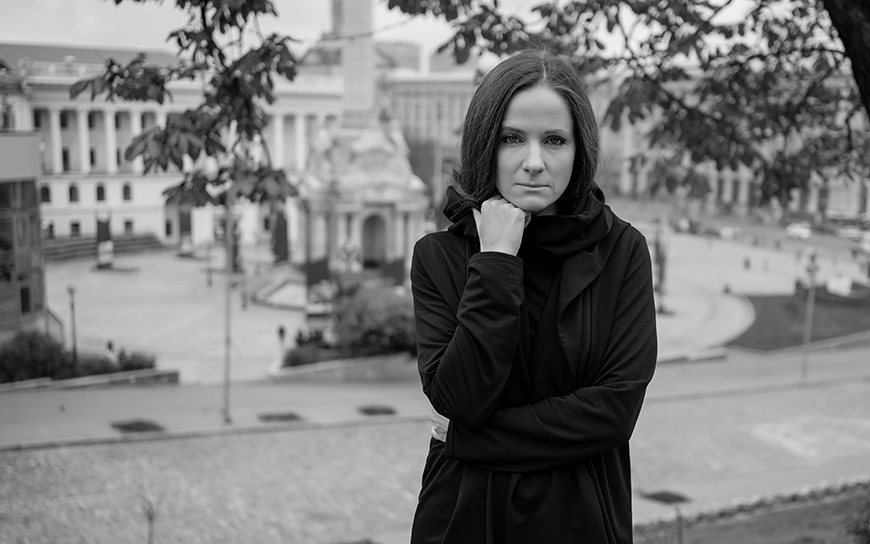 Many Ukrainians who want justice and the rule of law in their country pin their hopes on Yevgenia Zakrevska.

This young, fragile-looking but energetic and unyielding young lawyer heads a civic team of renowned lawyers called the Advocacy Advisory Panel. They represent and defend the rights of the families of the ‘Heavenly Hundred’ in the courts, the protesters who were killed during the Euromaidan Revolution of Dignity.

Although seven years have passed since the tragic February events on Kyiv’s Maidan, these trials and processes are far from being completed. “The authorities’ indifference, their unwillingness to remove obstacles and ensure progress in the Maidan cases is deeply disappointing and frustrating for the families of those who died,” says Zakrevska, when asked by EED, just days before Ukraine commemorates the seventh anniversary of its heroic fight for a better European future.

The search for justice and truth about the events that resulted in the death of 83 pro-European protestors in the winter of 2014 is a driving force for Zakrevska and her team. “I do not want to stop half way. These cases must be investigated and the perpetrators, who killed innocent people, must be brought to justice,” she says resolutely.

Her determination to establish the truth came into focus when she went on hunger strike in November 2019 in protest against efforts to break up the team of Maidan crime investigators that would have put ongoing investigations at risk. Her fight was followed throughout Ukraine and internationally.

Victories and defeats in legal battles

Zakrevska and her team have experienced many ups and downs in their efforts to establish the truth about the Maidan killings. The defendants include ex-members of the infamous riot police unit ‘Berkut’, their commanding officers, investigators, prosecutors and officials of the former-Yanukovych regime.

“A year ago, during a prisoner swap, to return Ukrainian prisoners who were de facto hostages, Ukraine gave away five former Berkut officers to Russia, who were defendants in the main case of the Maidan killings. Only two of the defendants returned. The trials of the remaining three had to be stopped, and clearly they will never be sentenced,” she explains. 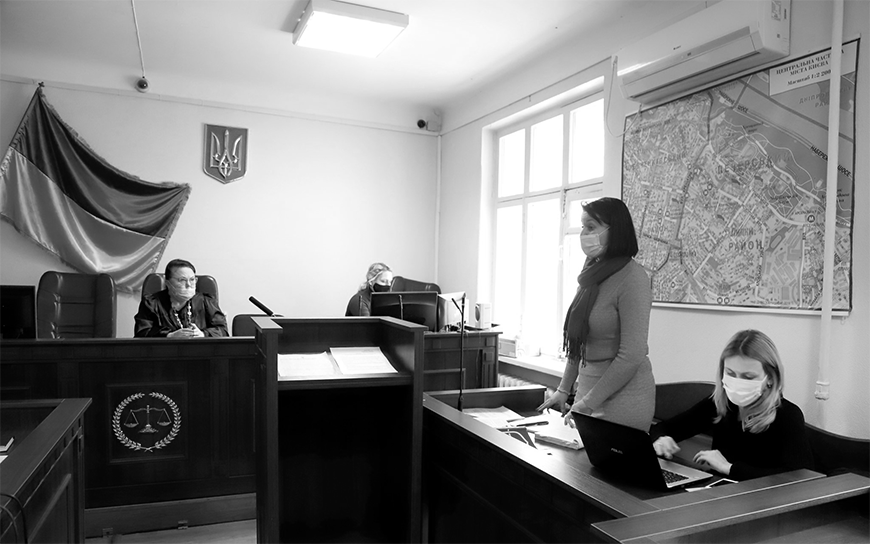 This year has begun on a more positive note.

On 21 January, the European Court for Human Rights (ECHR) ruled that breaches of human rights during Ukrainian EuroMaidan in 2014 were systemic and were carried out by state authorities to suppress peaceful protests. This decision provides vital support for the victims of Maidan. They feel that they are not left alone and that their battle for justice is also supported from abroad.

Among the cases that the ECHR reviewed were the first victims of Yanukovych’s police brutality, who Zakrevska represented. These victims were attacked during the very first bloody dispersion of peaceful demonstrators, many of whom were students, on the night of 30 November 2013. This was the moment that shaped Zakrevska’s professional career, as she was at Maidan from the onset – from 21 November 2013.

How it all started

“That night at Maidan, I went to a nearby café to warm up and have a short rest. At 4 a.m., I started to receive text messages and calls from my friends who had stayed at Maidan telling me about the unexpected brutal attack by police forces,” she relates. She witnessed absolute injustice and the impunity of police officers, who beat innocent people, pulling young girls on to the ground, leaving traces of blood of beaten protesters on the pavement.

Zakrevska immediately began to provide legal aid to victims. Over the next few days, she and her colleagues addressed law-enforcement agencies with statements of crimes committed and they were soon inundated with activists needing legal support. Over time, Zakrevska became ‘the lawyer of Maidan’.

Before Maidan, Zakrevska was a lawyer focused on commercial case-work, although she always had an interest in human rights issues. “My colleagues and I were able to earn enough money thanks to those commercial cases so that we could take civic cases related to human rights violations on a pro bono basis,” she explains, noting that this is a model she continued to follow when she represented the families of victims of Maidan in court, until the number of cases became too great. 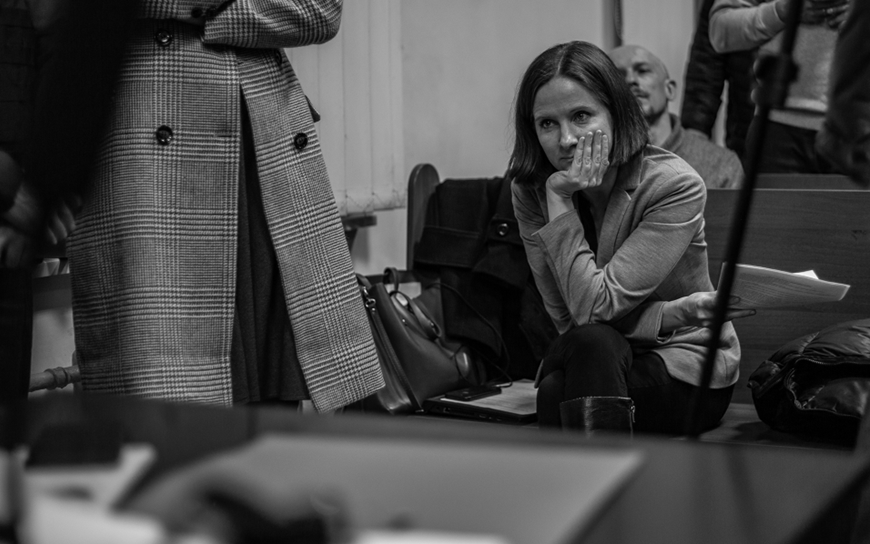 Another significant change in her professional life occurred when her NGO, the Advocacy Advisory Panel, won support from EED. “We were able to increase our team and involve more lawyers to help advocates. We were also able to devote significantly more of our time to representing the interests of Maidan victims, of families of victims of the Maidan shooting, and to consolidating our efforts,” she relates.

Zakrevska also stresses another dimension of the EED support that was crucial: the ability to cover more cases by lawyers and to provide detailed information about them to society. “It is crucially important to provide Maidan families with professional legal assistance and to support Maidan cases in courts. But it is also very important to inform people of what is going on in these courts and to provide the public with timely and accurate information on investigations and court hearings,” she relates.

“There are up to 20 of these court hearings per week. During the pandemic quarantine, we managed to prevent holding court hearings from being closed to the public by sharing information from lawyers and live streaming. Journalists were often kept out of the court hearing premises. It is good to see that more journalists and media are now closely involved in Maidan cases and covering them in more detail and are explaining to people what is really happening. This growing public awareness is encouraging for the victims, makes these cases a higher priority for judges and authorities, and helps to improve the quality of the public prosecution,” concludes Zakrevska. 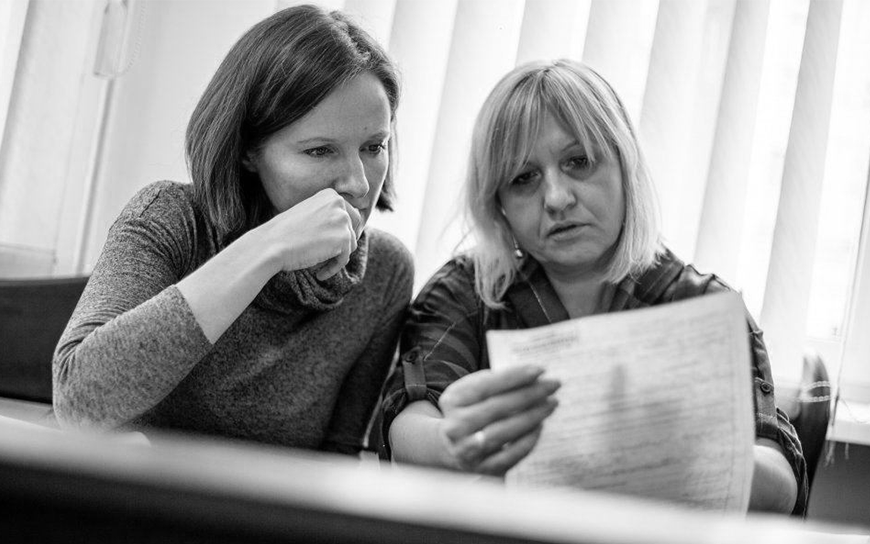 Another important activity supported by EED is advocating for legislative amendments that will ensure fair and effective investigation in Maidan cases. Zakrevska and her team are advocating changes to the legislation, which could allow trial and sentencing in absentia.

“This would unblock a number of cases that are stalled because the perpetrators have fled the country. We were inspired by experience of Lithuania, where the case of an attack by the Soviet army on the Vilnius TV tower in 1991 was re-opened 20 years later. It took seven years for prosecutors to investigate that case, and three years later the court sentenced convicted offenders both in presentio and in absentia,” she relates. In a similar manner, the International Court of Justice in the Hague is prosecuting alleged perpetrators who shot down the MH17 flight in absentia.

We will succeed ‘in spite of and not thanks to’

Yevgenia Zakrevska believes that if justice is not established in the Maidan cases, then it will be extremely difficult to convince Ukrainian citizens that they should trust the country’s law enforcement and judicial system and the state.

Despite the obstacles, Zakrevska is determined to continue to fight for justice. “I do not count on finalising Maidan cases thanks to a sudden ‘political will’. I only believe in systemic work, in victims who are determined to fight to get sentences pronounced, and in the support of my colleagues and society,” she says.