A new media initiative sheds light on prejudices faced by some of the country’s most vulnerable citizens and provides an avenue for them to voice their grievances and advocate for their rights. 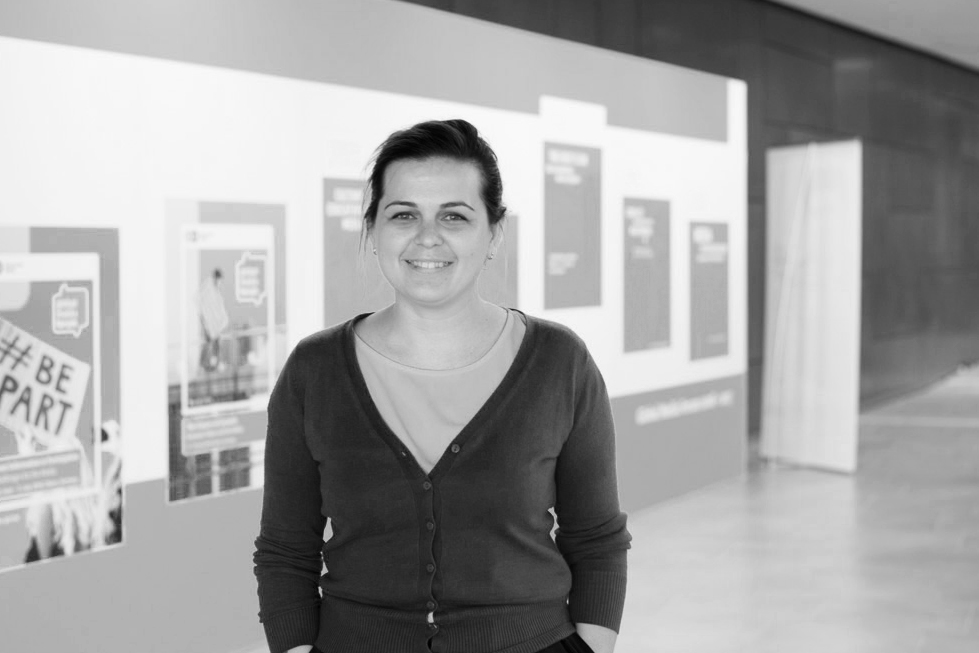 After completing her training as an actress, Polina Cupcea realised she wanted to take her career a different direction.

"Journalism presented me an opportunity to not only tap into my abilities as a writer but also empowered me to bring change by shining light on the misuse of institutional power, human rights violations and other forms of injustice." says Cupcea.

However, with the media landscape in Moldova dominated by sensationalist journalism, politically driven agendas and events in the capital city of Chisinau, Cupcea soon recognised that the traditional media organisations she worked for could not cater for her aspiration to cover issues confronting ordinary citizens from remote rural areas.

I myself come from a humble background and have experienced social prejudice at first-hand. That is why I especially wanted to give voice to the segment of the population that is mostly overlooked by authorities, media and society itself."

She made the bold move of leaving her job to dedicate herself to developing a media outlet revolving around individual stories that would otherwise not capture media attention. Together with two other like-minded journalists, Cupcea came up with a concept for ‘Oameni și Kilometri’, brought to fruition thanks to an EED grant.

‘Oameni și Kilometri’ translates from Romanian to "people and kilometres". The name of the project embodies its focus on people and their personal narratives, while it also refers to the figurative distance travelled by the protagonists in fighting for their rights as well as kilometres crossed by the journalists in pursuit of their stories. So far, the team of reporters have covered over ten thousand kilometres in the ten months since they embarked on this endeavour.

The stories not only transcend the boundaries of conventional news in Moldova, allowing the readers to completely immerse themselves into the lives, the joys and woes, of marginalised and often poverty-stricken Moldovans, but it also acts as a vehicle for advocacy and accountability.

A low trust in authorities, combined with lack of awareness about their rights, means that citizens in remote regions are often deprived of means for redress.

One story published by Oameni și Kilometri about a little boy named Gosa from the Moldovan countryside and his mother's struggle to enrol him in a pre-school is emblematic of how media can empower those who have been wronged.

For three months, Maria, the boy's mother, tirelessly fought for her son's right to attend a pre-school. Nonetheless, her appeal was rejected by the school's administration on the pretext of a chicken pox outbreak.

Some schools in Moldova face shortages of funding and tend to rely on contributions by parents to cover budget deficits. As a result, they have been reluctant to admit children from families with scarce resources.

After publication, the story gained traction and caught the attention of the authorities. Upon closer investigation, it came to light that this case was not an isolated incident. A number of other schools in rural areas have adopted similar practices discriminating children from underprivileged families.

Thanks to exposure generated by ‘Oameni Si Kilometri’, Gosa’s ordeal had a happy ending – he was accepted to the pre-school where he is now able to learn freely and enjoy company of his peers.

The work of the organisation has reverberated throughout the country and the mainstream media often pick up their stories.

"The reactions to our articles from the readers have been overwhelmingly positive, even, at times, galvanising them to offer financial or in kind assistance to the people we have written about."

The reputation of the journalists precedes them even with authorities and officials. For instance, recently upon arrival to one of the rural areas, the team was greeted by the town's mayor who offered to resolve any issue that they came to investigate in order to evade negative publicity.

Cupcea also has big plans for the future of the organisation. The journalist together with her colleagues are planning to amplify Oameni Si Kilometri impact by expanding their team and encouraging other media outlets to employ their methods to publicise issues within the country through the prism of personal stories.

"Most importantly, however, I would like our stories to spur a popular movement that would mobilise Moldovans to actively advocate for changes in policies that have been failing the country and especially the most vulnerable parts of the population."