A magazine by and for Serbian youth

Founded by young media professionals frustrated by the lack of paid opportunities in journalism, Oblakoder is quickly establishing itself as a voice for young people in Serbia, describing their challenges and their achievements. 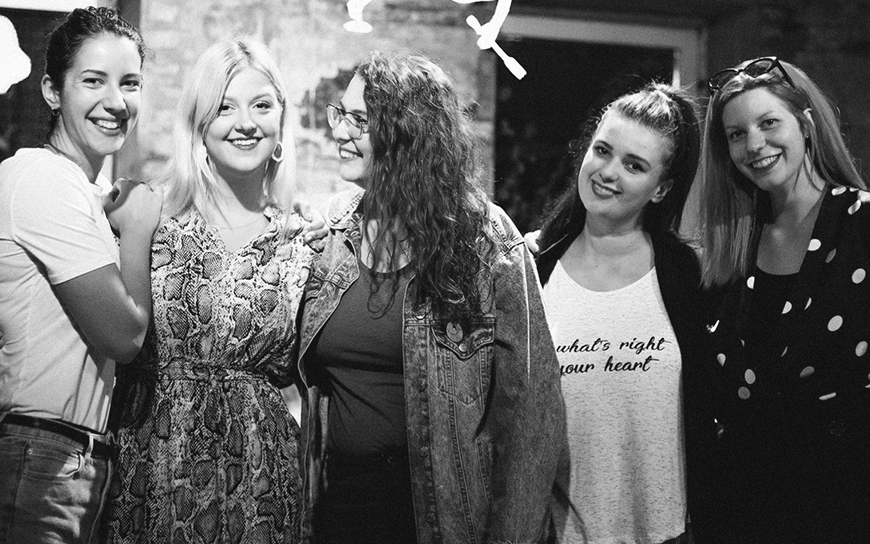 Three years ago, a group of young journalists in Serbia was having a tough time breaking into the job market after their studies. Most media outlets in the country could only offer unpaid internships and volunteer gigs. Frustrated by the lack of opportunities, the group decided to found a magazine by and for young people, which they called Oblakoder, meaning ‘skyscraper’ in Serbian.

Marina Zec, Oblakoder’s editor-in-chief, chose the name while sitting at a cafe in Belgrade with another founder of the magazine. “The rest of the team and I had the entire project in mind, the only thing missing was its name,” recalls Zec in a conversation with EED. “We decided not to leave the table until we found one”.

Zec explains that the word ‘oblakoder’ comes from ‘oblak’, or cloud, and evokes both the idea of having one’s head in the clouds and that of a modern city full of skyscrapers, bustling with activity. This idea also inspired the website layout, which is shaped like a skyscraper. Different types of content on the website can be accessed by clicking on various elements of the building: the antenna for podcasts, the sofa for interviews and so on.

Since its inception, Oblakoder’s main aim has been to challenge how young people are portrayed in Serbian media. “We are usually either saints or devils, there’s no in-between. We wanted to give a more nuanced perspective,” explains Zec, who has worked in journalism, PR and media management since she was 19.

The magazine focuses on publishing articles featuring talented young Serbians, artists and activists as a way of challenging this stereo-type. It has quickly gained traction both among readers and among budding journalists. To date, it has received 40 applications from young people who want to gain journalistic experience. 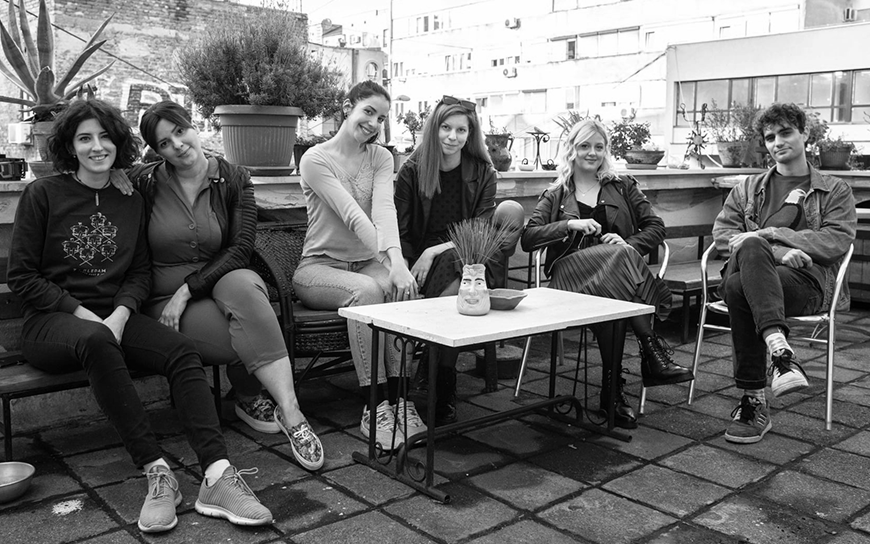 “When we started, we didn’t really know what we were doing,” admits Zec, who these days divides her time between Oblakoder and her PhD studies. “From the beginning though, we were determined to be professional. We adopted strict journalistic values of objectivity, professionalism, always verifying sources, but always focused on producing interesting content for a younger audience.”

In the initial months of the magazine’s existence, money was tight and the team worked on a voluntary basis, keeping their day jobs to make ends meet while devoting their time and efforts to Oblakoder in the evenings.

“EED support last March really was a lifeline for us”, states Zec, highlighting how EED funding has allowed the magazine to purchase new equipment and rent office space, giving them the financial stability to make plans for long-term development.

“It’s been less than a year since we got that initial EED grant, and things are so different now. These days, embassies are calling us to offer funding,” she says with a smile.

Oblakoder can now count on a staff of around 15 journalists, one third of which work full-time. Zec makes a point of paying everyone, to make a career in journalism accessible for young people of every social background. 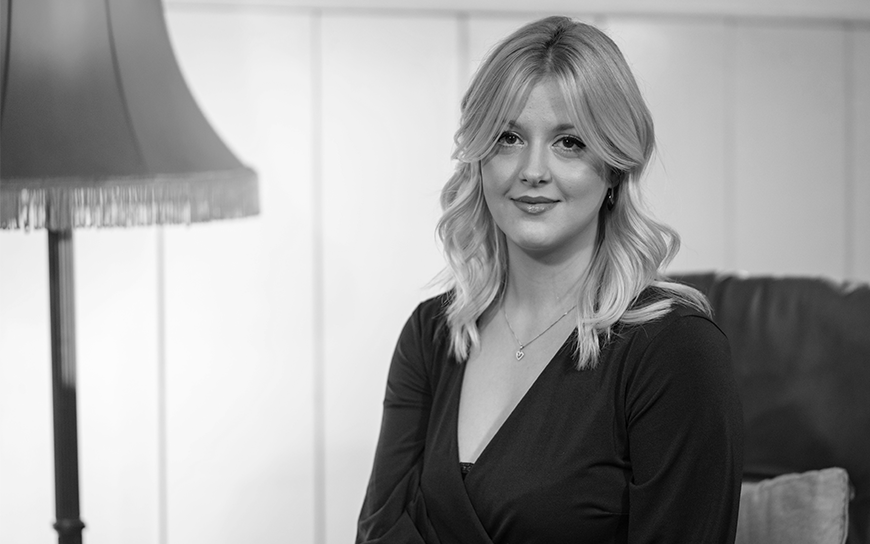 A magazine in touch with young people in Serbia

Most of Oblakoder’s audience is aged between 23 and 35; these are millennials who are struggling to find their place in the world and in Serbia, where youth unemployment rates are as high as 30 percent and available jobs do not match the education level of many young people. These young people do not trust the government and the political system to bring about positive change.

Oblakoder now has a readership of between 40,000 and 50,000 every month and there are 13,000 followers on their Instagram account. Readers do not simply skim the articles. “We can see from our monitoring work, people read the articles in full. We are really proud that people are not just mindlessly scrolling, but are actually interested in what we have to say,” explains Zec.

The reason for this success, according to Zec, is that the team focuses on writing about relevant issues instead of writing for clicks, starting a type of dialogue that is missing in Serbian press. As young people themselves, they are also able to understand the relationship between youth culture and the media, while more traditional media have typically fallen out of touch with trends and subcultures.

While the project started as an art and lifestyle magazine, Oblakoder has now expanded its focus to talk about issues like human rights and inclusion of minorities and people with disabilities, emphasising the need to give them a voice without succumbing to sentimentalism. 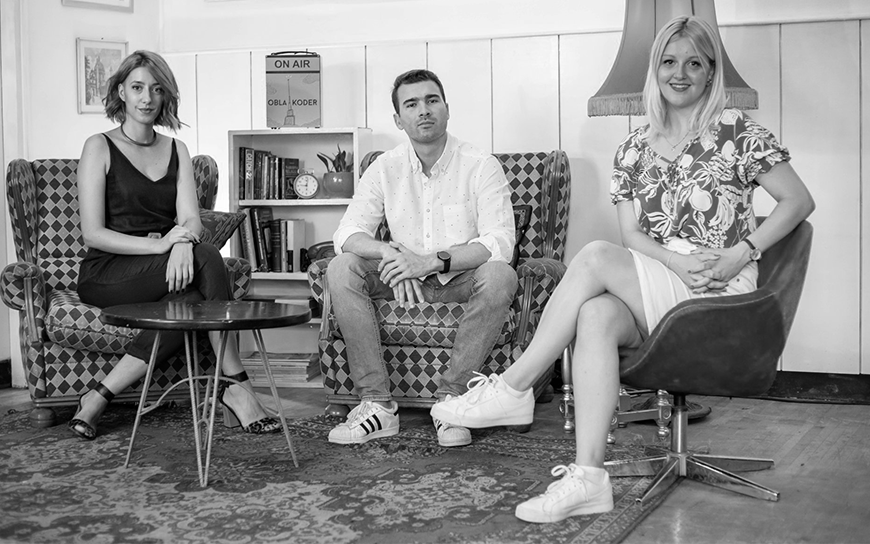 Working during the Covid-19 pandemic

Covid-19 has impacted the daily working routine at Oblakoder. Only four people are allowed in the office at any time and social distancing measures are in place. Fortunately, most of work can be conducted remotely. “Our work has actually kept us sane during the pandemic. As we were awarded EED funding at the beginning of the pandemic, we used the time to increase the volume of our activities and publications. It’s a lot of work, but also a lot of fun,” Zec says.

Another of the challenges of the pandemic period was transforming planned public debates into video shows, which the team also managed. They also presented their work on a two-hour show on Radio Belgrade, a national radio station.

The next challenge for Oblakoder is the development of a long-term financial strategy, which will include donations from subscribers and commercial partnerships. Zec also has plans to expand the team, increase the percentage of people who are salaried full time, and test new forms of content.

“We are really proud that something that a few years ago was just an idea has now really established itself as a reality,” she says.