Shining the spotlight on Moroccan politics

A new think tank seeks to bolster democratic reform in Morocco by putting the kingdom’s legal and political structure, in particular its new constitution, under sharp scrutiny. 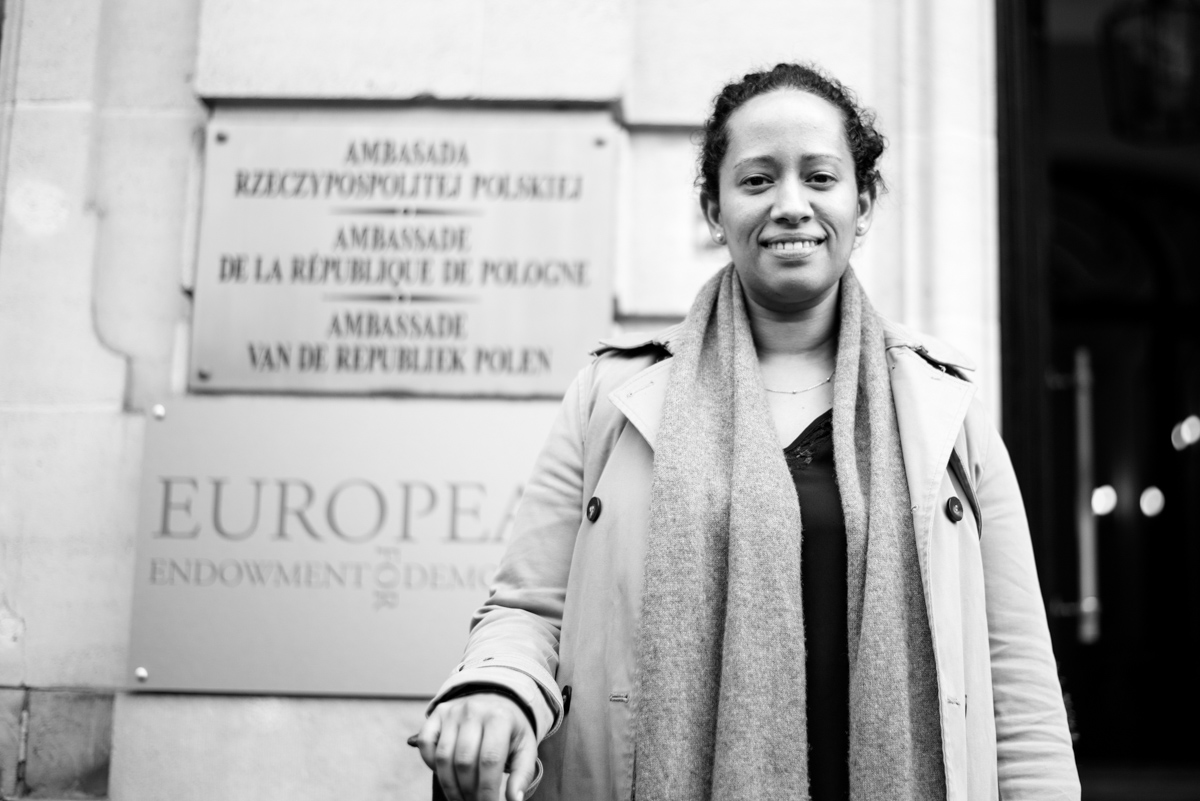 Some Moroccans hail their country’s new constitution, unveiled six years ago by King Mohammed VI in the midst of the Arab spring turmoil, as a historic step toward democracy.

Others view it as a deeply flawed document offered by the king in an effort to nip the Moroccan revolt in the bud and retain his grip on power.

Then there are those who, like Safya Akorri, believe it is a little of both.

The 2011 constitution is a first step,” she says. “It’s not a great step but it’s a first one. As imperfect as this constitution may be, at least we have something to work with. So let’s work with what we have.”

Akorri is a Moroccan-French lawyer based in Paris. A graduate of France’s top political sciences university, her bubbly manner belies a sharp wit and an unbending commitment to democratic reform in Morocco.

The 34-year-old heads her own law firm in Paris, which focuses on war crimes, crimes against humanity, and genocide, and she flies around the world to conduct judicial observation of political trials.

She is also a member of Tafra, a Rabat-based think tank that promotes democratic transition in Morocco by providing scrupulous analysis of the country’s political institutions and processes, with a focus on the 2011 constitution.

Like the other volunteers at Tafra, Akorri believes that democracy can flourish in Morocco only when Moroccans have a better grasp of their country’s legal and political structure.

“Moroccans don’t understand the constitution,” she says. “I feel they are a little more interested in how the institutions work since the Arab spring, but their interest remains low. This is why we created Tafra. The idea is to give Moroccan citizens proper access to all the information they need to understand their own legal framework.”

Tafra was created two years ago by a group of friends who met during the 2011 protests, when tens of thousands of demonstrators took to the streets to demand greater social justice and a curb on royal powers – a rare act of rebellion in traditionally stable Morocco.

The small group first founded Cap Démocratie Maroc, also known as Capdema, a pro-democracy youth organisation in Morocco. Tafra was born in 2015 to build on and professionalise Capdema’s activities.

“It’s good to talk about democracy, but Capdema’s two core founders felt that we needed to have an organisation focusing on more than debate, an organisation that could provide exhaustive research on the issue,” says Akorri.

Tafra, co-funded by EED, is the first initiative of its kind in Morocco. Its members tirelessly collect and analyse data on Morocco’s constitution, elections, parliament, legislation, and political parties.

By monitoring the performance of public institutions, they hope to bolster the democratisation of Morocco and make authorities accountable for shortcomings in implementing the reforms announced following the Arab spring protests.

The group recently released a unique analysis of Moroccan legislative elections from 1963 up to today. It publishes all its findings online and posts graphics and videos on social media to reach out to a wider audience.

“It’s very important for us to produce more than just working papers and articles,” says Akorri. “We want everyone to be able to relate to the information we provide.”

Two years since its creation, the think tank has grown into a go-to resource for detailed, non-partisan information on Moroccan politics. For the first time, Tafra is now recruiting a full-time executive director.

Akorri says the initiative’s popularity has come as a surprise to its founders.

“Our initial objective was to work chiefly with researchers, political scientists, and university teachers,” she says. “But we were quickly approached by lawmakers and political parties, some of which have asked us to hold conferences to help them better understand our legislative and electoral processes. We now realise that our work represents a very helpful tool for political actors in Morocco. We really hadn’t expected this.”

Despite the slow pace of reforms and limited public awareness, Akorri is hopeful about the future of Morocco.

And while the king effectively retains power in Morocco, he has devolved some of his authority to an elected government since the 2011 protests. Under the new constitution, the prime minister is now appointed from the largest party in parliament.

“Before the Arab spring, Moroccans rarely viewed elections as legitimate,” says Akorri. “This is changing. Today the prime minister reflects the choice of the people, even if he doesn’t have much power.”

The reforms enshrined in the constitution aim at solidifying the rule of law, improving the independence of courts, and decentralising power. The constitution also contains pledges to broaden individual freedoms, ensure women’s equal access to political representation, and strengthen human rights.

Akorri and her colleagues at Tafra are keenly aware that these changes will take many years, if nor decades, to achieve. And they firmly believe that Morocco’s road toward democracy passes through a new, improved constitution that will be the fruit of a collective reflection rather than a concession hastily put together by the king.

“That’s what Tafra is here for: to pinpoint every flaw and every breach of the constitution, to make sure we learn from our mistakes,” says Akorri. “We are preparing for the future. When the day comes to change the constitution, this time we will be prepared.”