Syrian experts and activists from the EED funded initiative,Syrian Transition to Democracy, presented a comprehensive report on the post-conflict democratic transition in Syria, at a briefing at the EED on 24 March 2014. 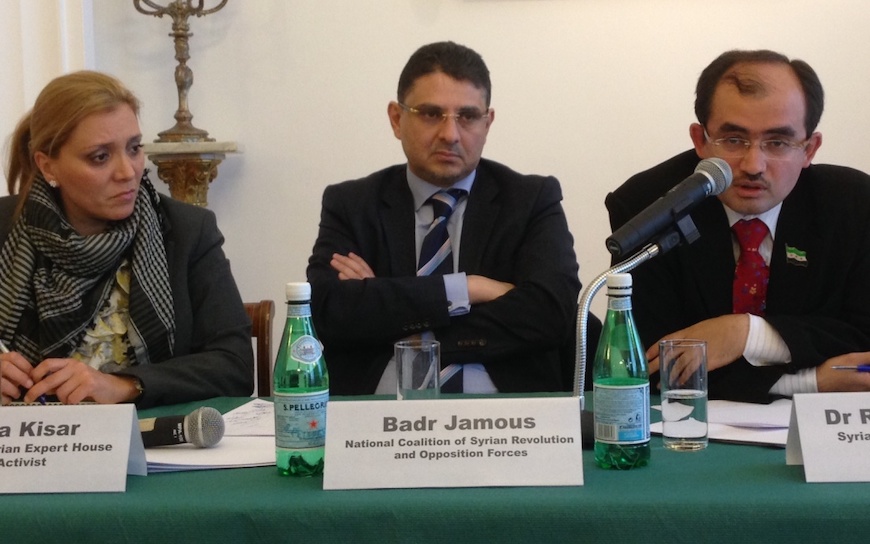 Executive Director Jerzy Pomianowski opened the discussion: “Many feel it is too early to discuss a post-conflict Syria, but it is always important to think about how the future of a democracy may look. We are here to look at a feasible future for Syria, and to bring your message to decision-makers in Brussels.”

“There are points we can talk about now. We can talk about the criminal files, we can talk about the security sector. These are not only for post conflict,” the Executive Director of the Syrian Center for Political and Strategic Studies, Dr. Radwan Ziadeh, stated. Rania Kisar, founder of the Women Revolution Committee and activist underlined the need for the roadmap in a broader way: “If we do not plan, chaos will follow”. 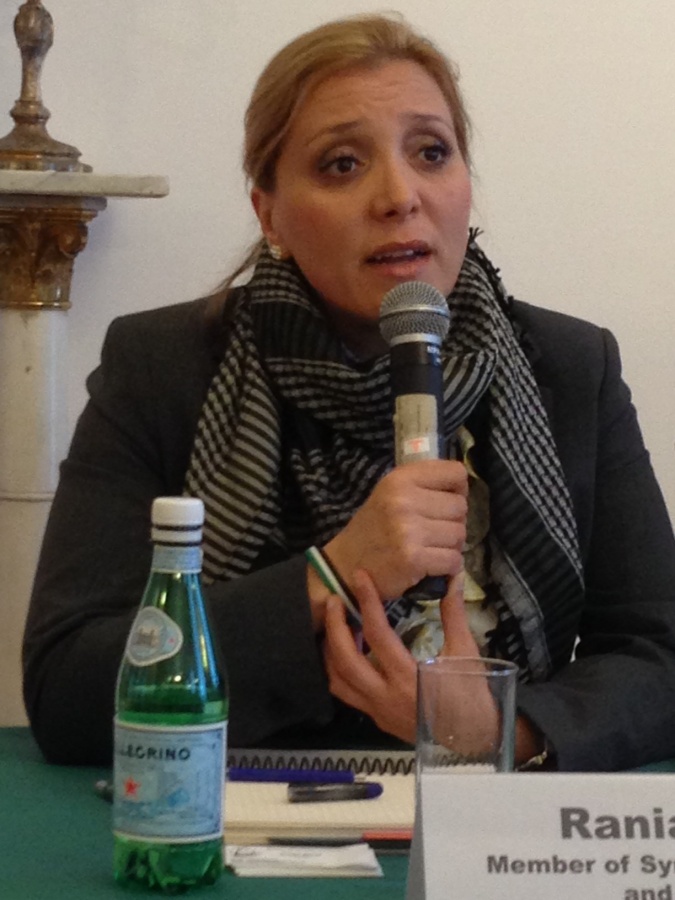 Ms. Kisar described what she called the “rebirth of an entire country”: “Young Syrians are sponges for knowledge, as they never got to learn. Their evolution is phenomenal because they have the desire, hope and determination to do so.” Ms. Ekhlass Badawi, former Syrian MP and Member of the Syrian Expert House Working Group on Political and Administrative Reform, described the role of Syria’s women today: “In addition to helping the wounded, women are taking the place of men fighting. They are taking a role in policy making. The Revolution has empowered women in Syria.”

Beyond the hope, the needs remain tremendous, ranging from simple educational tools to grand politics. The experts expressed the need for training material for young Syrians and activists: content and case studies to develop strategic management and conflict resolution, among others. They spoke of the challenges of the dramatic humanitarian crisis. They also expressed the need for political support to the opposition: “The EU has to think again, to develop a grand strategy. Now, the gulf countries are filling that gap.”

Asked about future reconciliation, Mr. Ziadeh described the roadmap’s concrete proposals to help “unite a divided country”: 1) create a database of all Human Rights violations, 2) create a special court on Syrian and 3) record and help solve the disappearances. Ms. Kisar focused on one point: “Our first priority is transitional justice.”

Syria Transition Roadmap, published by the Syrian Center for Political and Strategic Studies and the Syrian Expert House last autumn, covers the topics of constitutional reform, political and administrative reform, electoral reform, economic reform, transitional justice, and security sector reform and has been endorsed by the National Coalition of Syrian Revolution and Opposition Forces and the Syrian Interim Government. mailto:oprystayko@gmail.com)