A number of countries where the EU supports political reform have suffered democratic crises.

The very dramatic crises in Egypt and Ukraine, in particular, enjoin European democracy supporters to look beyond their traditional incremental approaches. Civil society actors from Egypt and Ukraine painted a sobering picture of the dramatic political developments unfolding in their countries at a full-day workshop on 21 May,organised by Carnegie Europe and EED on 21 May. Together with around sixty experts and EU policy-makers and democracy support experts, including twelve other speakers, they extracted the main lessons from the two countries and examined how Europe can best respond to democratic breakdowns in its neighbourhood and help to foster long-term political reform.

“In more and more countries, civic space is closing and the trajectory is getting worse,” a think tank analyst said of the challenging political context confronting the EU. A civil society expert highlighted the historic significance of Ukraine’s political events: “What is happening in Europe is shaking the world order.” A Ukrainian speaker described the political vacuum left by weak or lacking governance institutions in his country as the greatest obstacle to democratic change:

“Democracy is about accountability; it is the link between society and institutions. In Ukraine, this link has been broken. Oligarchs are assuming the role of ‘institutions’, thus undermining the democratic state.”

Participating civil society activists from Egypt argued that the country had moved beyond a political “crisis” to a state of “catastrophe”, and they raised the threat of a rapid return to the Mubarak-era authoritarian order, if not civil war. They described the increasing legal intimidations against civil society, the growing number of imprisoned journalists and the lasting power of the state security apparatus. Presidential candidate General Abdel Fattah el-Sisi recently stated that it could take Egypt twenty-five years to establish functioning democratic institutions. And the vision of democracy of the “silent majority” is perhaps of greatest concern: “It is one of chaos, disagreements and economic hardship.”

Around the globe, the tools used to close civic spaces are increasingly subtle and sophisticated. To restrict freedom of expression, authoritarian states no longer simply resort to censoring independent media outlets. Instead, they are erecting new bureaucratic and economic barriers to undermine civil society sustainability and autonomy, for example by setting hurdles for NGOs to receive needed licences and using accusations of tax evasion to attack their legitimacy.

How can European democracy support reopen these closing spaces? Egyptian democracy activists proposed fostering a new generation of political leaders, building the managerial capacity of civil society organisations, helping youth to channel their political energy and indignation into organised collective action, and assisting independent media. Ukrainian participants also emphasised the importance of supporting local activists in the country’s regions and rebuilding state-society linkages. In addition, they stressed the centrality of the rule of law, the need for a nation-wide reconciliation and the potential role of small and medium-sized enterprises in democracy building. The EU, they argued, needs to make use of smart conditionality and shift its focus to policy implementation, while still retaining leverage over the reform process.

Others focused on timing. How do we balance the need for gradual change with often sudden political crises that open up unexpected opportunities for reform but also risk sliding into instability and polarisation?

“Democracy is not a state you reach; you need to fight for it every day,”

one speaker remarked on the need for patience. “Democracy support cannot be limited to emergency interventions but needs to be placed within a long-term strategy and a value-based approach. We need to both act quickly and stay engaged in the long term.”

Egyptian and Ukrainian democracy actors agreed that the EU “has an important role to play”. Yet EU policy-makers also underlined its limitations. EU-funded civil society is often tainted as a “Western puppet”. Finally, “we also need to be modest about what we can achieve”, an EU policy-maker concluded.

Other policy-makers noted the EU’s strengths in democracy support: its focus on long-term development assistance as well as its own democratic diversity, with 28 different democratic systems and democratisation experiences. While the EU already has numerous policies and instruments at its disposal, several participants noted that the lack of early warning systems, poor coordination and an insufficient focus on implementation weaken these instruments’ effectiveness. However, several new initiatives indicate a positive trend, including the detailed EU Strategic Framework and Action Plan on Human Rights and Democracy, a road map that focuses on mainstreaming human rights principles and democracy throughout EU policy and external cooperation. The EED was also described as an effective and flexible new European actor operating “at arm’s length” from the EU institutions and that “can provide entry points into societies in which the EU is not able to move”. 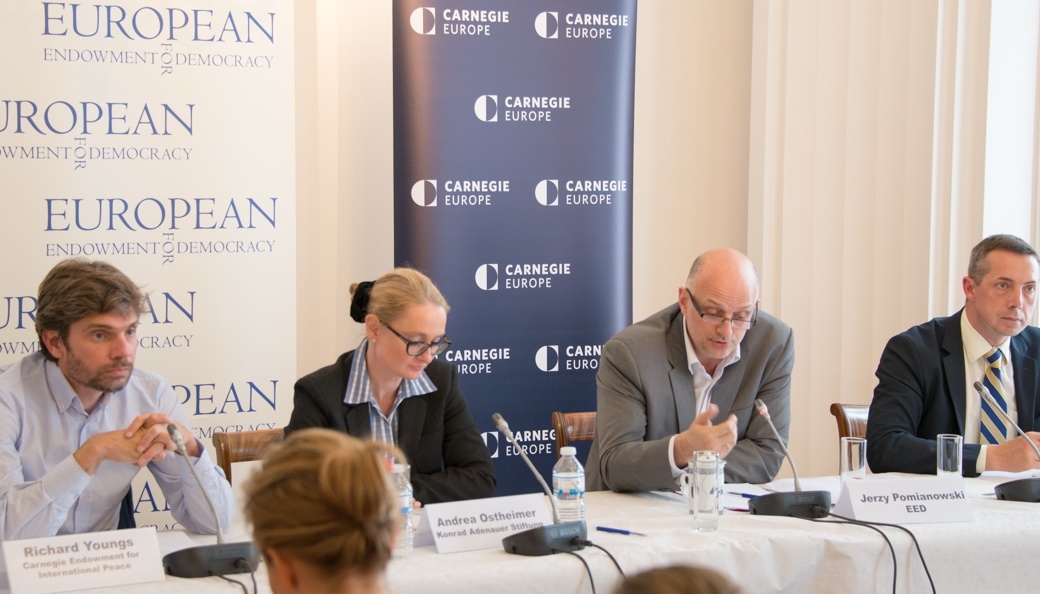 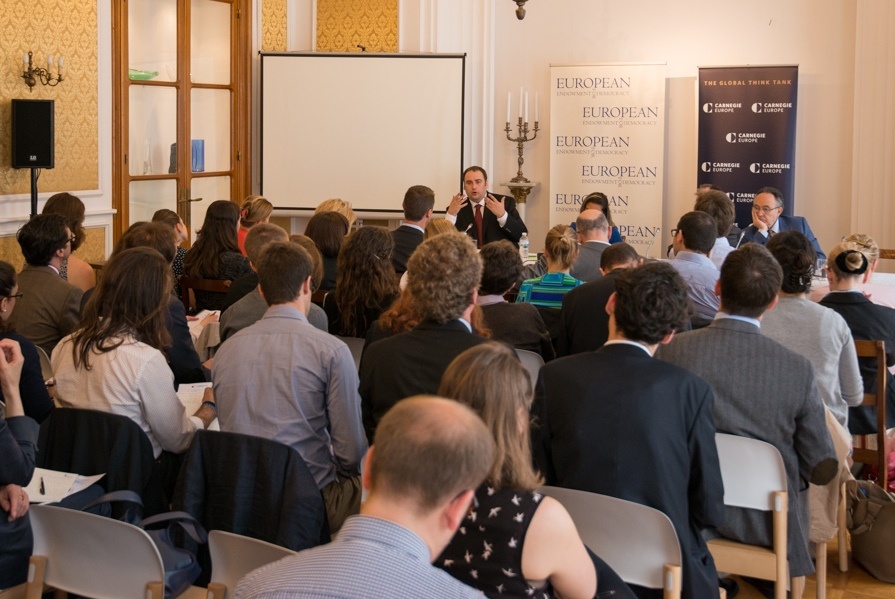 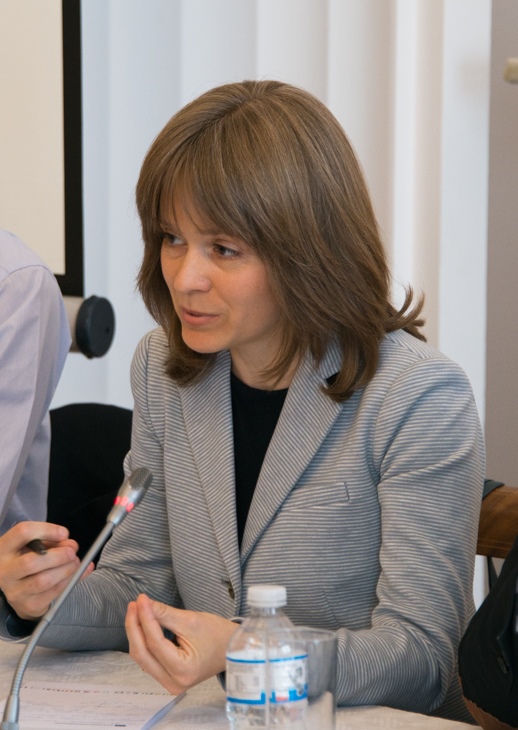 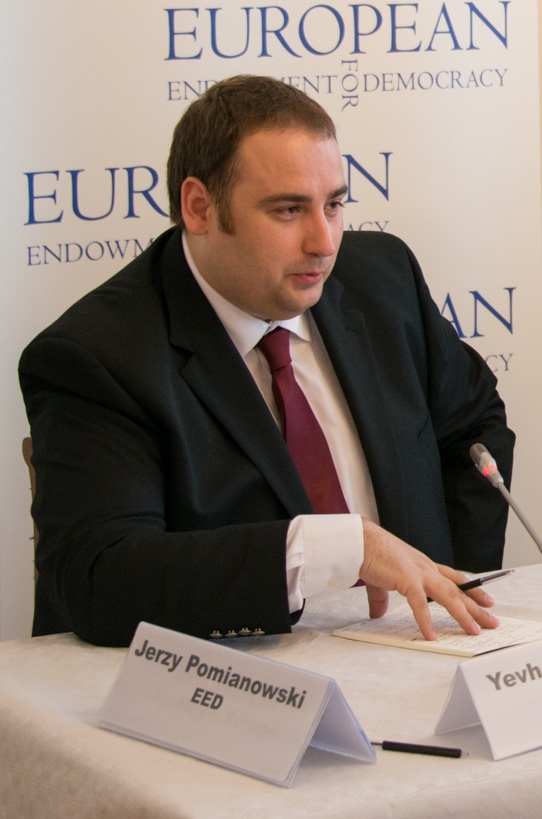