The civic protests during the Arab Spring raised fundamental questions regarding the relationship between Islam and democracy: Does democracy require a secular political regime? Are religious movements the most effective opponents of authoritarian secularist regimes? Is Islamic political groups' participation in democratic processes only a ruse to vie for power as some critics assert? 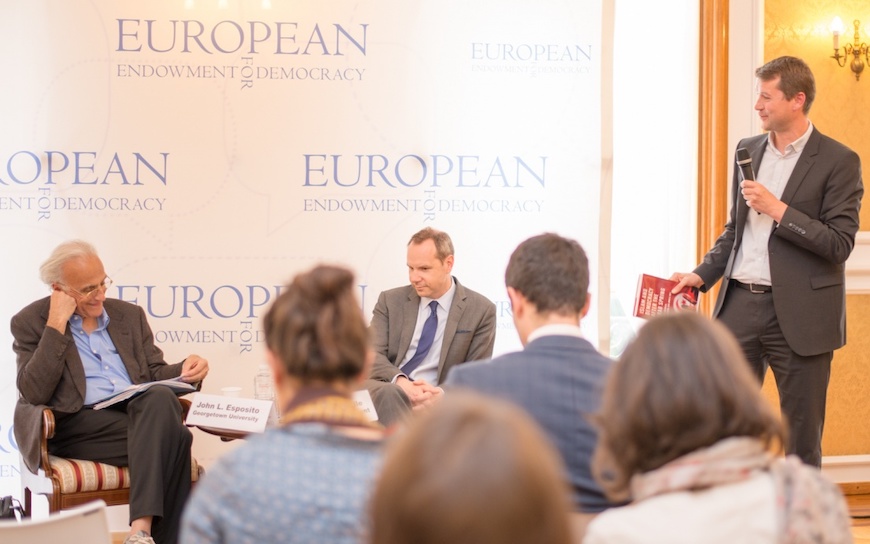 These and other questions were discussed by Professor John Esposito, co-author of the book “Islam and Democracy after the Arab Spring”, on 26 May. Mr Esposito was joined by Peter Mandaville, Senior Advisor in the US Secretary of State's Office of Religion & Global Affairs, and moderator Peter Sondergaard, Director of Programmes at EED.


According to Professor Esposito, recent polling by Gallup and Pew has indicated that most Muslims support democracy and do not see a contradiction between values such as democracy and freedom of expression, and their own religious principles.

The revolution in Tunisia, which was driven by young and secular people and not Islamists, confirms this, as well as the participation of moderate Islamist party Ennahda in the Tunisian government.

In Egypt on the other hand, the situation is different. After the revolution against the autocratic Mubarak regime, the democratically elected Muslim Brotherhood government of Morsi aimed at transforming the country into a more Islamic state and did not aim at building compromises across the Egyptian society and with the different groups. The Morsi government was then overturned by the military. The new leader el-Sissi quickly introduced measures to suppress peaceful opposition movements, officially directed against the Muslim Brotherhood, but at the same time cracking down on all opposition, including the secular groups. 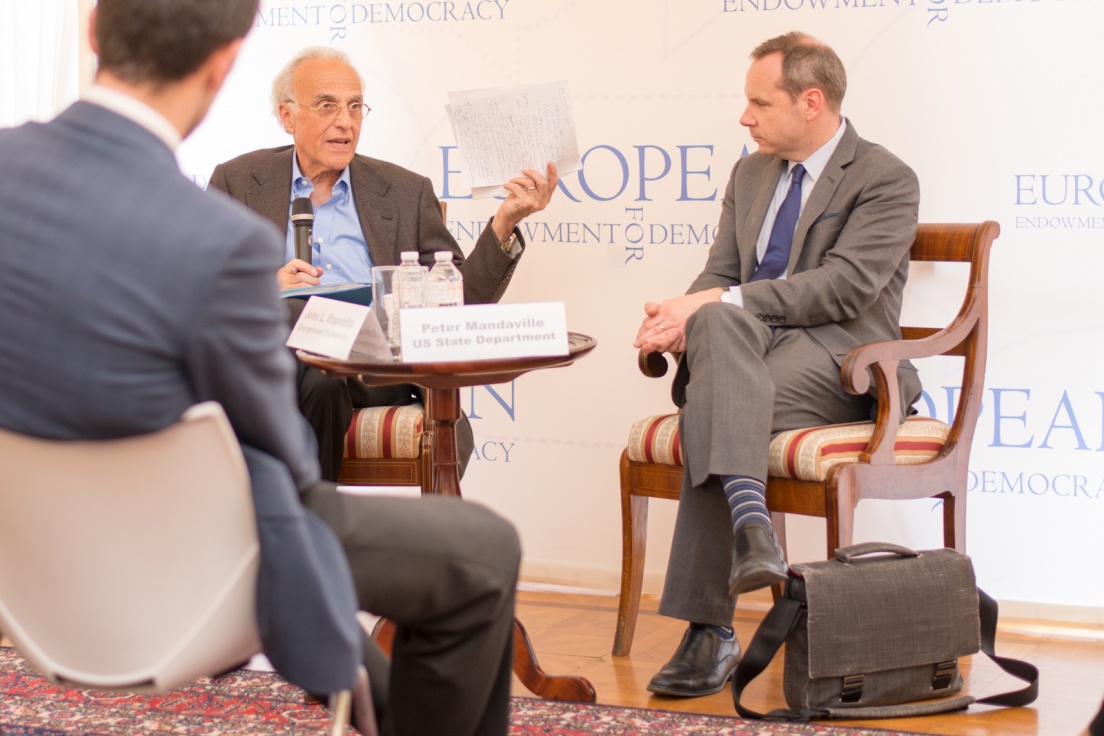 Considering these two cases, as well as other transformations in the Muslim world, we could speak of a mixed result of establishing democracy in the EU southern neighbourhood. According to Professor Esposito it would be unjust to say that Islam and democracy are by default contradictory and unable to coexist. The Tunisian model seems to be functioning well though we don't yet know its ultimate form, while Egypt cannot be taken as a definitive negative example as the democratic movement was suppressed there before any working model was established.

So which lessons can be learned about the relationship between Islam and Democracy and how can the West best engage with Islamic political groups?

The representative of the US state department affirmed that the US government seeks to normalize its relationship with Islamic groups, trying to treat them as political rather than ideological entities. Discrediting all such groups by definition would be counterproductive, as it would practically hand over the monopoly of political Islam to militant groups such as ISIL.

Other countries discussed at the event were the interesting cases of Turkey (previously a model for combining Islam and democracy but now on a way to an authoritarian state) and Indonesia (a very diverse Islamic country with a long tradition of reformism).