On 15 March, EED presented its Annual Report to the Committee on Foreign Affairs in the European Parliament. Jerzy Pomianowski, EED Executive Director, highlighted EED achievements, as well as EED challenges in 2015. 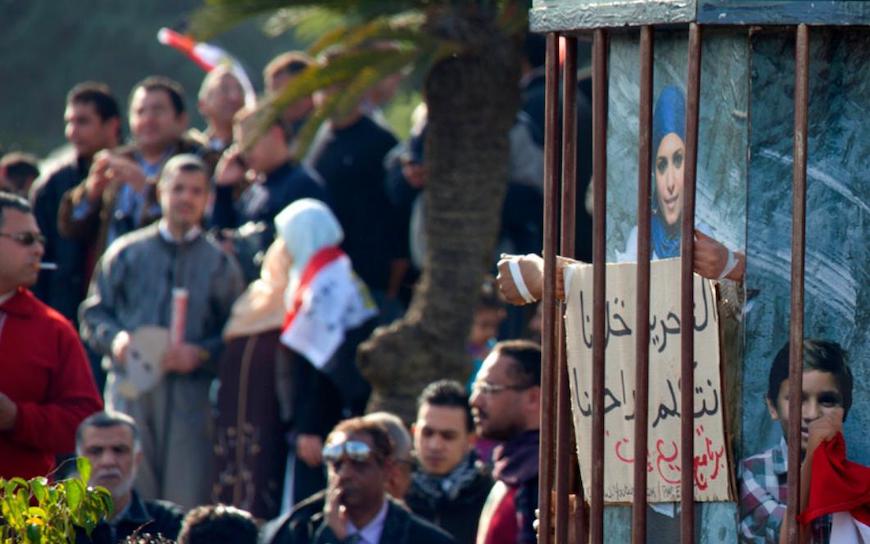 On 15 March, EED presented its Annual Report to the Committee on Foreign Affairs in the European Parliament. Jerzy Pomianowski, EED Executive Director, highlighted EED achievements, as well as EED challenges in 2015.

“We are proud to take risks and support brand new democracy groups”, said Jerzy Pomianowski, highlighting EED’s support to unsupported democracy actors. Be it Automaidan in Ukraine, Newsmaker in Moldova, or the Syrian initiative Bidayyat, the Executive Director presented examples of where EED’s flexible support has made a difference.

Moreover, last year EED started extending its work to countries beyond the European neighbourhood. Activists from Russia, Central Asia and Bahrain are now amongst those supported. “Additional resources and expertise are needed if EED is to aim to go beyond the neighbourhood at a faster pace” – mentioned Jerzy Pomianowski during his presentation. The Executive Director also highlighted the Feasibility Study on support to Independent Russian Language Media Initiatives. Two of the main recommendations from the study are already being implemented and the third one will follow soon. Moreover, the study had provided a catalyst to the EU Members States and other international donors to act.

2015 marked two full years of EED activity. During this period, EED received recognition from the European Parliament, as well as EED’s role was mentioned in the ENP Review.

Comments from the MEPs

The report and overall, EED work, was praised in the Parliament. “EED work meets our expectations”, mentioned the Italian MEP Pier Antonio Panzeri. There was a consensus towards EED positive outcomes. “EED is making a difference in neighbourhood and is an important instrument in implementing the ENP.” – commented Petras Auštrevičius, the Lithuanian MEP. Andrzej Grzyb, Polish MEP highlighted EED’s balanced approached towards eastern and southern neighbourhoods.

Spanish MEP Javier Couso Permuy, on behalf of the United Left, expressed some reservations towards EED and similar democracy support organisations especially those based in the US, which he perceived as an mechanism of “exporting one model of democracy” and “intervening into a state’s sovereignty”. “We are as a matter of principal a needs based organisation”, argued Jerzy Pomianowski. “We only respond to those who request support, those who believe in the same values as we do and those who want to promote these values in their society.”- he added. Further, Pomianowski presented a personal example, from the time when he was a grass root level democracy activist in the Solidarity era in Poland: “I would continue my fight for free and democratic Poland regardless of we received another Xerox machine from Denmark or not. Someone who sent me a machine did not “export” anything except the machine to help me print an independent students newsletter; there was no model of democracy attached.”

“EED enlarged its mandate, but indeed there will be a need for more support and contribution from Members states”, concluded MEP Alexander Graf Lambsdorff, who is also chairing EED executive Committee. EED committed to continue its work, in order to support democracy initiatives in the neighbourhood, but also beyond.