"Russian language doesn't belong only to Russia or Putin"

Latvian public TV LTV7 aired a 30-minute interview with EED's Executive Director, Jerzy Pomianowski, on 28 May. It was broadcast as part of 'Bez Obid' ('No Offence Taken'), a Russian-language programme, hosted by Olga Proskurova. 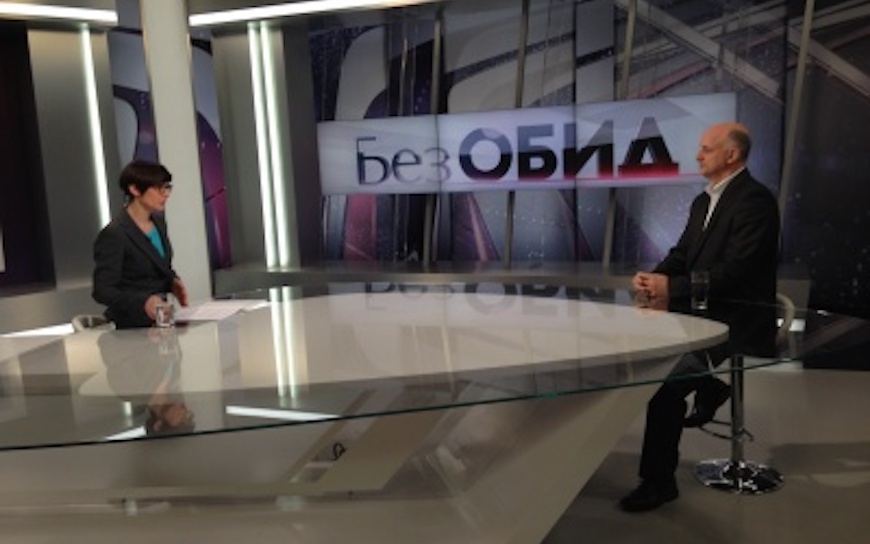 Pomianowski was asked about the effectiveness of propaganda and counterpropaganda, about the West's attitude to the Russian state media's role in the Ukrainian conflict and about the findings of the Feasibility Study on Russian Language Media Initiatives, coordinated by the Endowment.


“Russian language doesn’t belong only to Russia or Putin. It belongs to anyone who wants to express their opinions in Russian, to anyone who likes Russian language”. Therefore Russian speakers “should not be regarded as a politically or ideologically branded audience”, said Jerzy Pomianowski.

He also admitted that despite the fact that the shrinking space for public dialogue as well as repressions on independent media in Russia have been noticed by analysts for years, their voices were not heard in the West. The conflict in Ukraine, Pomianowski claims, showed the West that media can be used not only to manipulate people’s minds but also to ignite war.

Speaking about the Feasibility Study on Russian Language Media Initiatives, coordinated by EED, Pomianowski underlined that “while we often hear that the Kremlin’s propaganda should be fought with counterpropaganda, we consider such an approach problematic. If our only reaction to the situation will be counterpropaganda, we will only worsen this situation.”

Pomianowski claims that “the only remedy for propaganda is truth.” “One should be able to distinguish truth from lies. One should always question the news she or he hears and never rely on only one source of information,” he added.

“We should not build tanks against tanks – we should fight tanks with truth. If we start building our own ‘tanks’, there will be no winners, we will all lose,” Pomianowski said.

Answering the question of the programme’s host on the prospects of setting up a European Russian Language TV channel, Jerzy Pomianowski suggested that instead of Brussels-based or Berlin-based traditional TV stations the EU should support locally created and distributed multimedia platforms. “It is very important to think about the needs of the local Russian-speaking population. Every country has its own political context, and it might be that Latvia will decide to put all stakes on teaching everyone Latvian language. But for this process to succeed, you need 20-30 years more. Meanwhile, if you don’t take due care of Russian speakers in Latvia, they will be taken care of by someone else,” he said.