On April 14, EED gathered ten public and international broadcasters to discuss their work for Russian speakers. 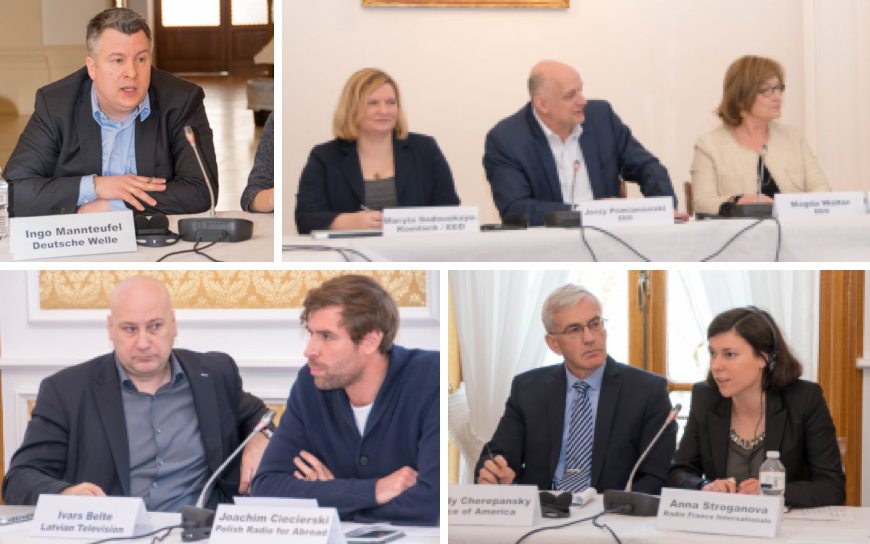 “Free, independent and pluralistic media are essential to defend democratic values and human rights. We are deeply concerned by the fact that millions of Russian-speakers on our continent suffer from the shrinking space for media freedom in Russia. If we don’t act now, a whole generation of Russian speakers across the continent will be lost to Kremlin-orchestrated media manipulations,”

EED Executive Director Jerzy Pomianowski said at the opening of the meeting.

Participants discussed the most effective ways to serve the needs of Russian-speaking audiences. They agreed that while it was important to help people distinguish between accurate factual information and manipulated journalism, counterpropaganda would destroy their trust in media. It remains essential for broadcasters to continue applying the highest standards of journalism in their work.

The traditional ways of delivering information to audiences, as well as the type of content provided, however, have to be revised. Viewers, listeners and readers of all generations want to ask questions and get answers instantly, using all available technologies ranging from traditional phone-ins to Whatsapp. They are also more likely to be engaged when content is provided through interactive story-telling.

The consultation with broadcasters will inform the feasibility study on Russian-language media initiatives coordinated by EED. The first results of the study will be announced on the margins of the Eastern Partnership Media Conference in Riga, Latvia, on May 19, 2015.