International Day of Democracy - Democracy in a changing world 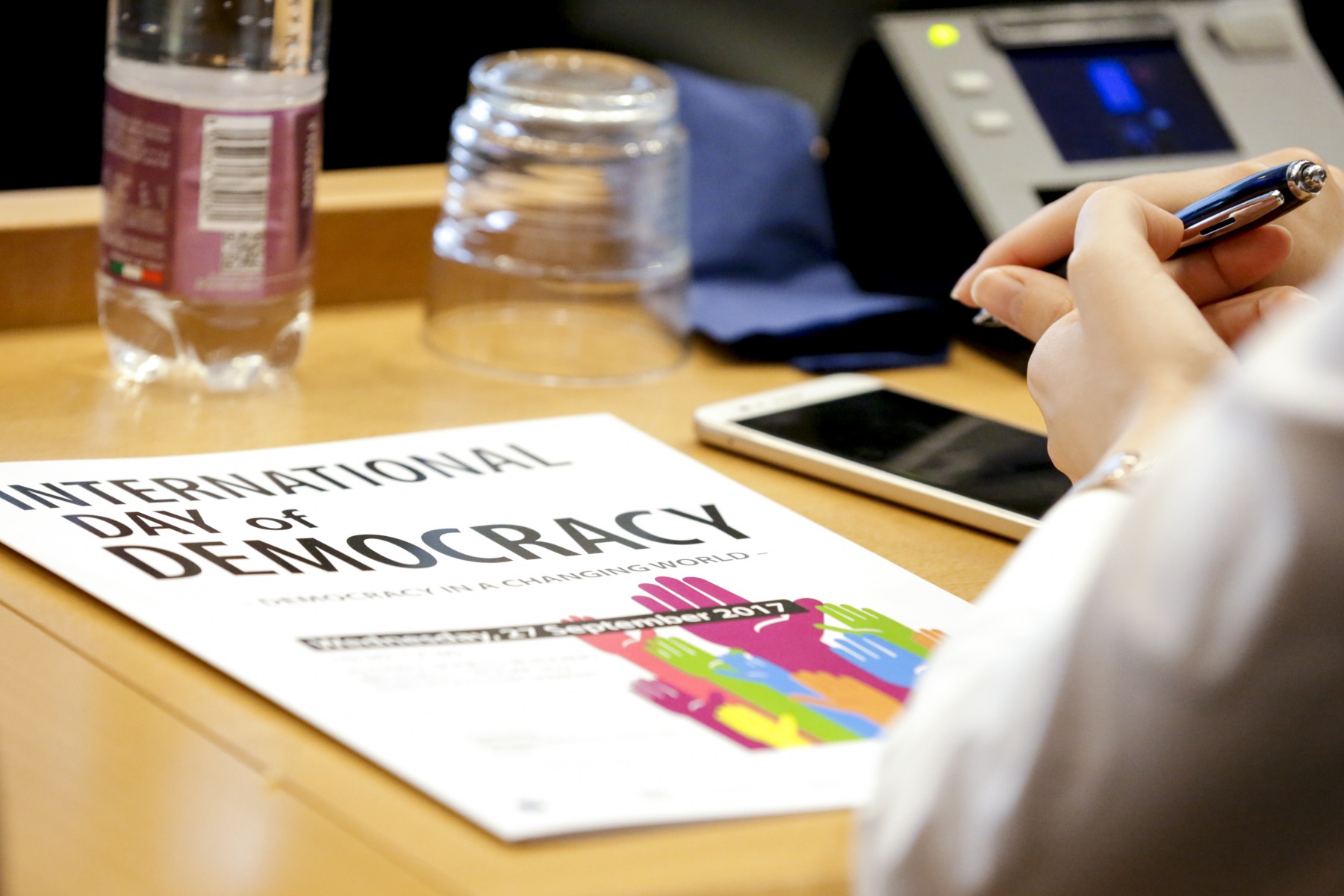 The event aimed to take stock of current trends and challenges, and analyse the needs and possibilities for reconnecting citizens and democratic institutions. More than 120 participants took part.

Director General of DG DEVCO of the European Commission, Stefano Manservisi, opened the conference and underlined that democracy was essential to ensure long term peace as well as sustainable development while Deputy Secretary General of the European External Action Service, Christian Leffler, identified the disconnection between citizens and politicians as one of the major challenges for democracy.

Other topics discussed during the event included:

Partnering organizations and the European Commission also showcased some relevant work during the week of the conference. The exhibition included political cartoons, photos and videos.